Mike's on nights (or shoot, "evenings" as it's officially called -- he works 3pm - 11pm, but heck, that's nights to me since he gets home way after I'm already in ZZZ land), and we have 4 weeks till this babe is born, so the primary remainder of this pregnancy Mike will be gone when I'm home.  Yee-haw.  And did I mention he's got a 4-day out of town trip in the mix too?  The same week as my spring break?!  Greatttttt.

Don't get me wrong, I love my one-on-one time with Patrick, especially since come a few weeks it's going to be a lot more difficult for us to have that, but boy, I am SO.TIRED. at the end of the day -- especially when I've worked all day.

This weekend was a lot of fun with Patrick (Mike was on days, so he was gone all day) -- we played A LOT and got to go a friend's birthday party, hit up the park (helloooooo gorgeous STL weather!), and play cars in the driveway and yard.  Oh, he also locked himself in Scooter's crate too.  Lovely.  But don't get me wrong, I was pooped after not long at all chasing him around everywhere and longed to just chill on the couch during nap time. 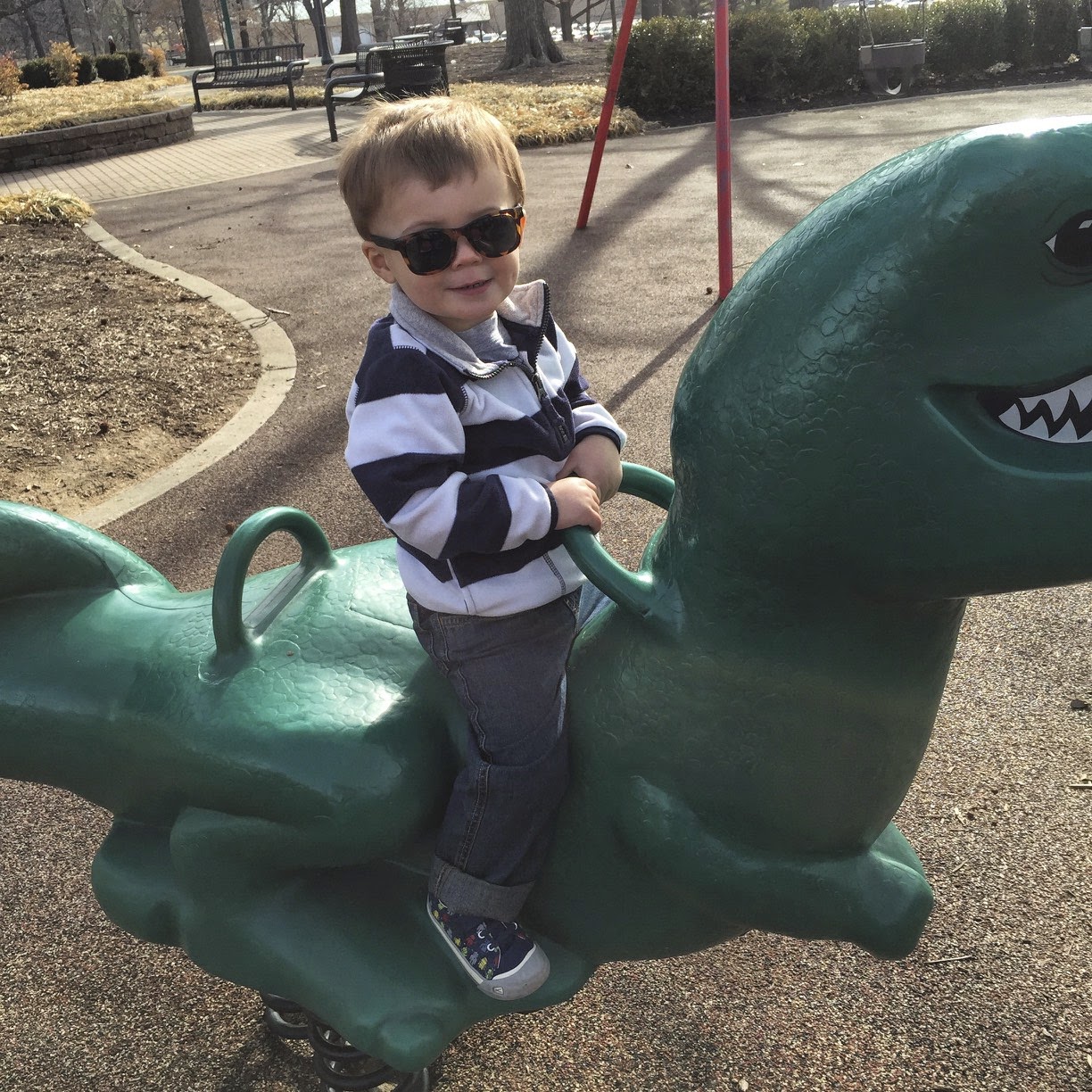 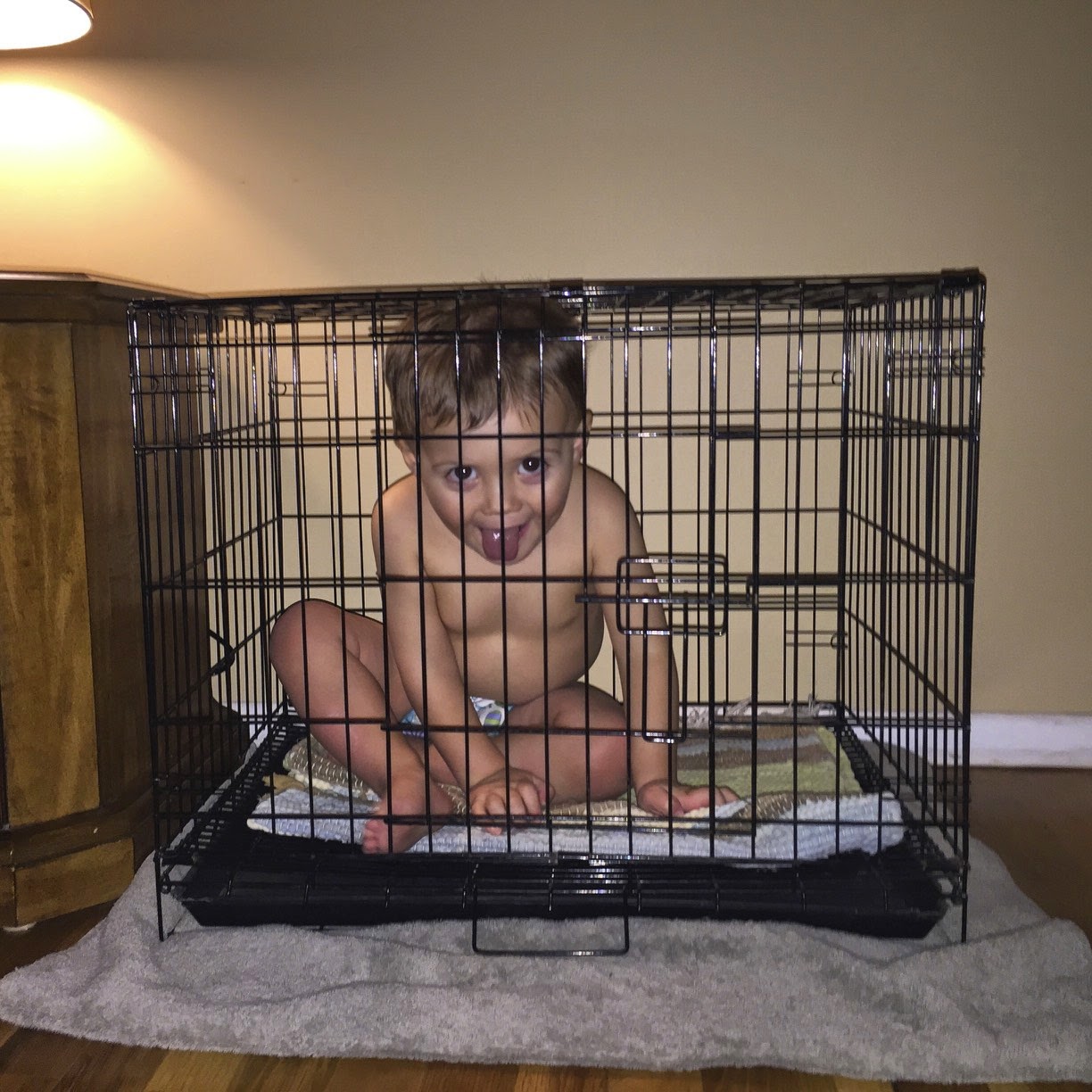 Tonight, however, was a wittle different from the weekend.  I worked all day, had an OB appointment after school, got to get Patrick up from his nap at grandma's, played with him for a long time outside at my parents and then dinner and Ted Drewes with mi madre and padre. 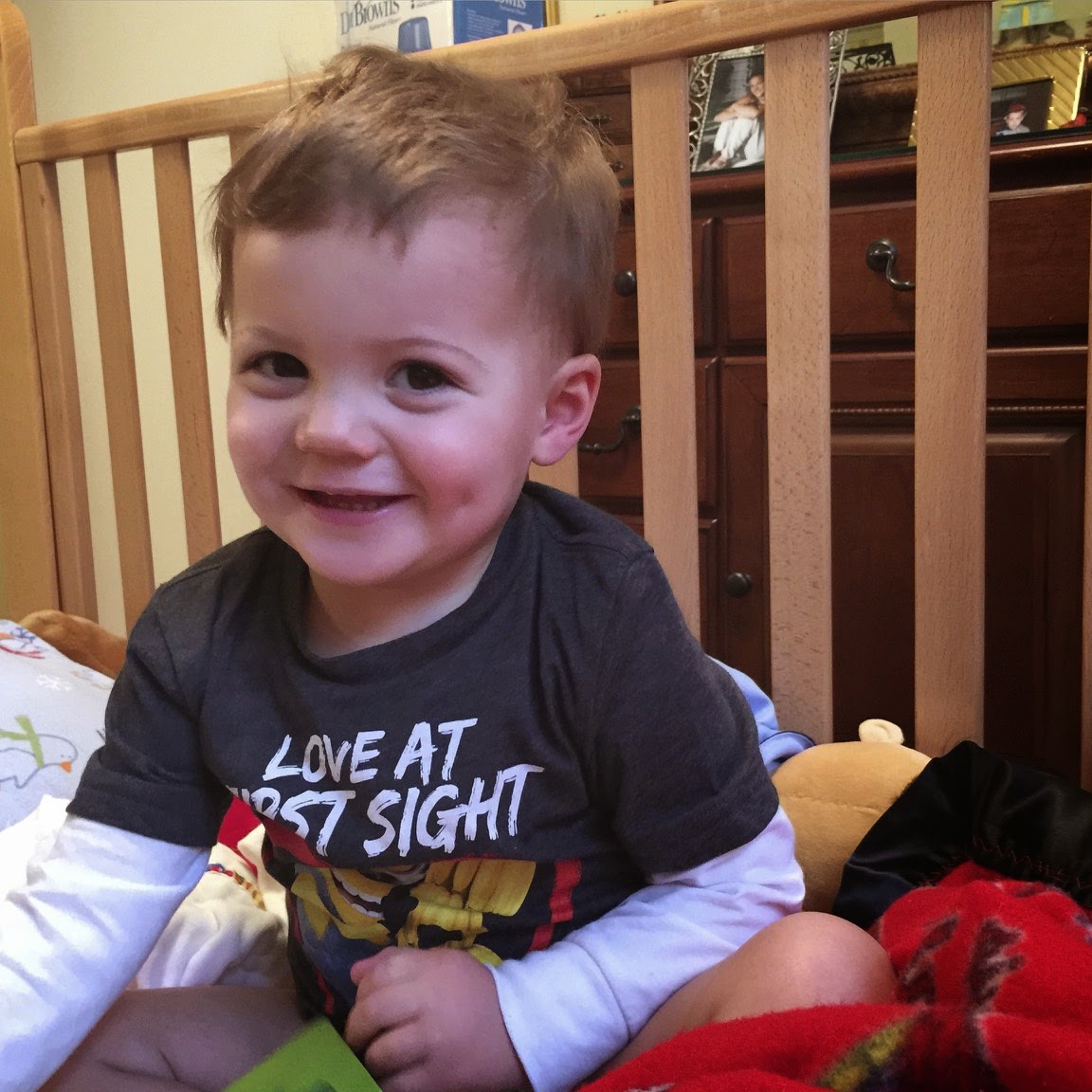 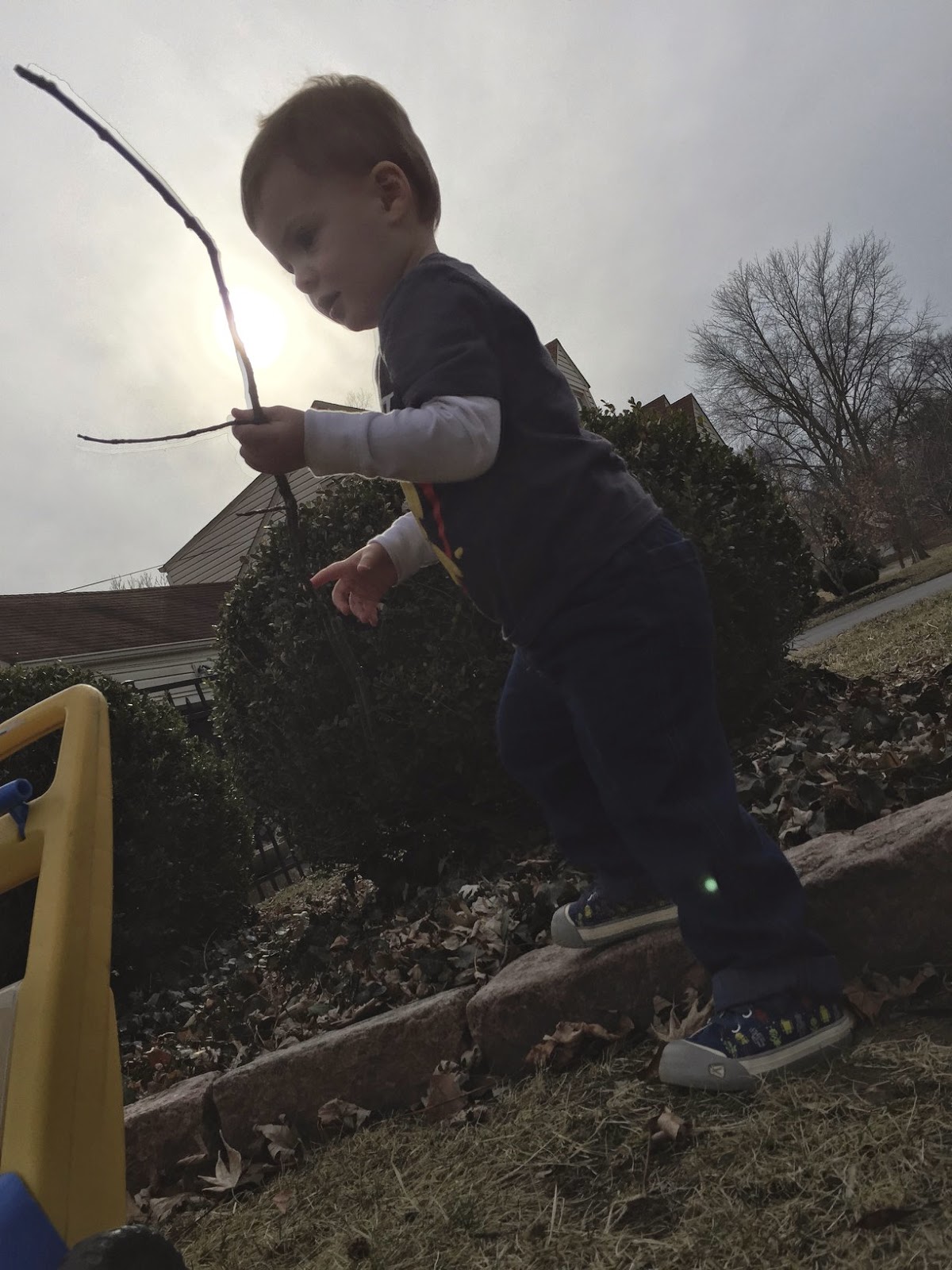 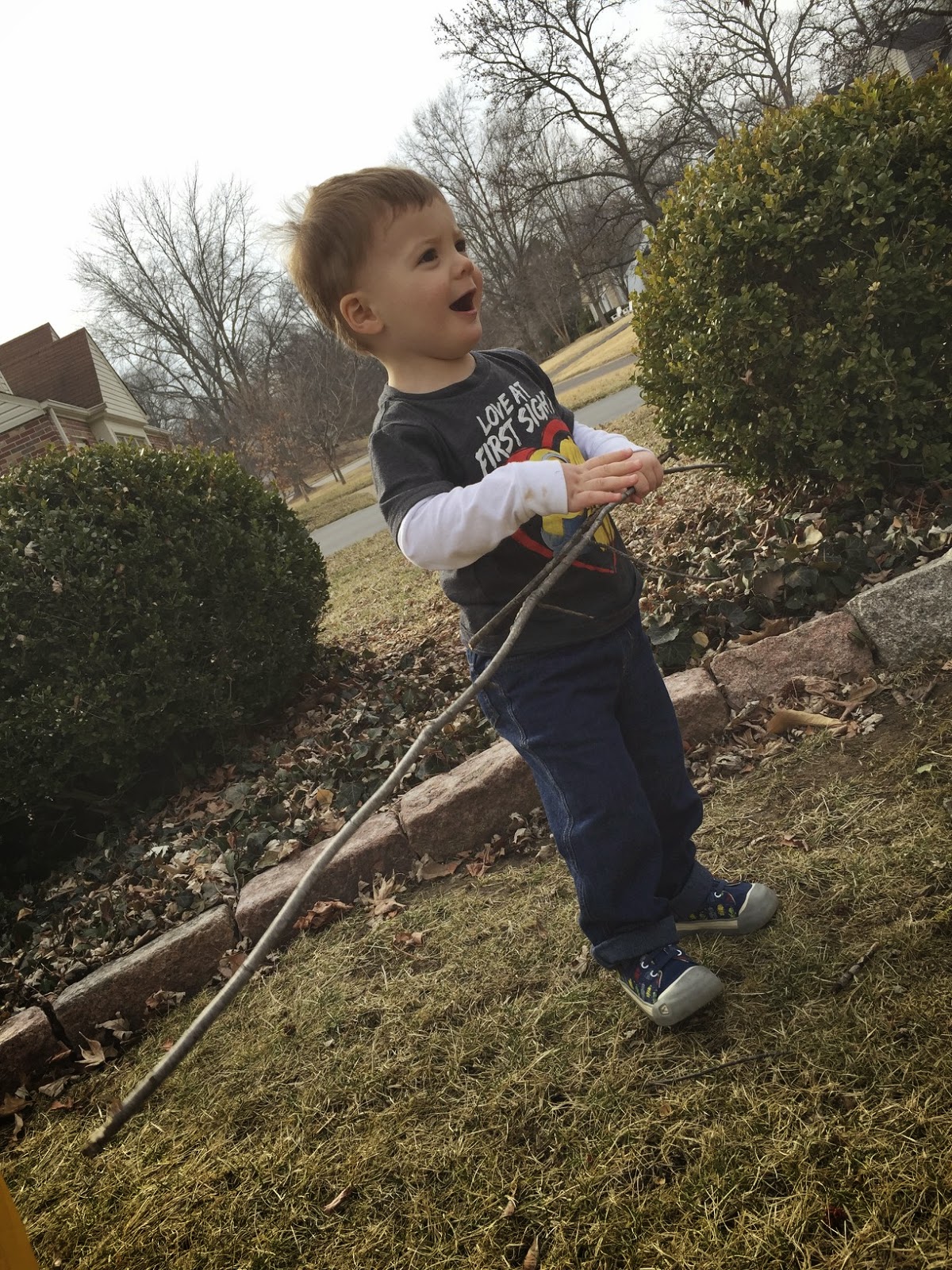 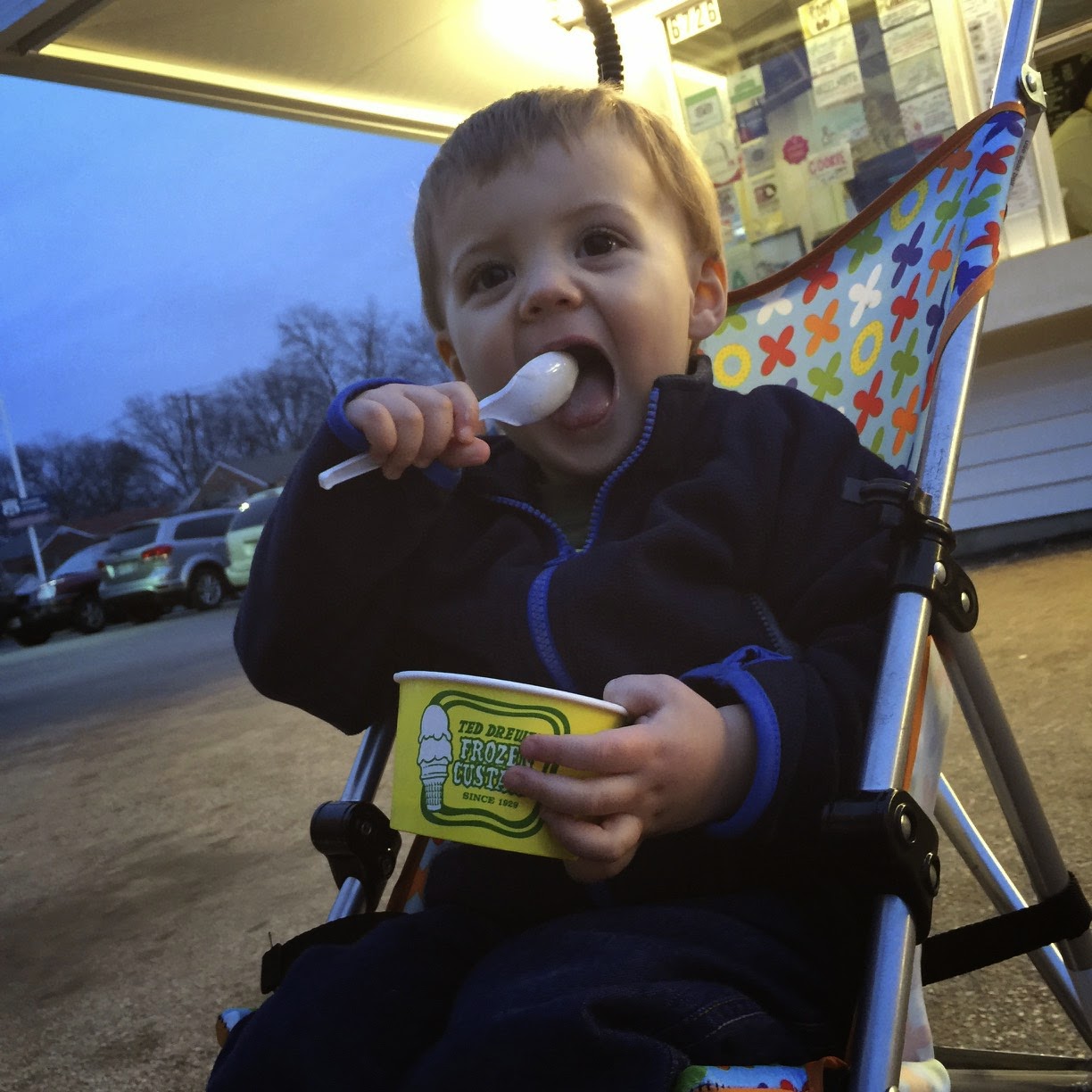 When Patrick and I got home I had 2 agenda items to do: bathe him, and get him to bed so I could follow-suit.  Lordie if that didn't go as planned!  I sat down for 2 seconds to follow up on some messages and emails, and Patrick decided to empty the fridge out, dumping his grapes and leftover Chinese food all.over.the.floor.  I audibly was like, "NOOOOOOOOOOOOO" and sighed so loud and long cause I had no idea how I was going to go about cleaning it up.  Therefore, I did what all good mothers of the year do: I grabbed my iPhone and snapped some pics of the disaster, and posted them on Instagram with the #kidsaretheworst hashtag.  Nice Alex. 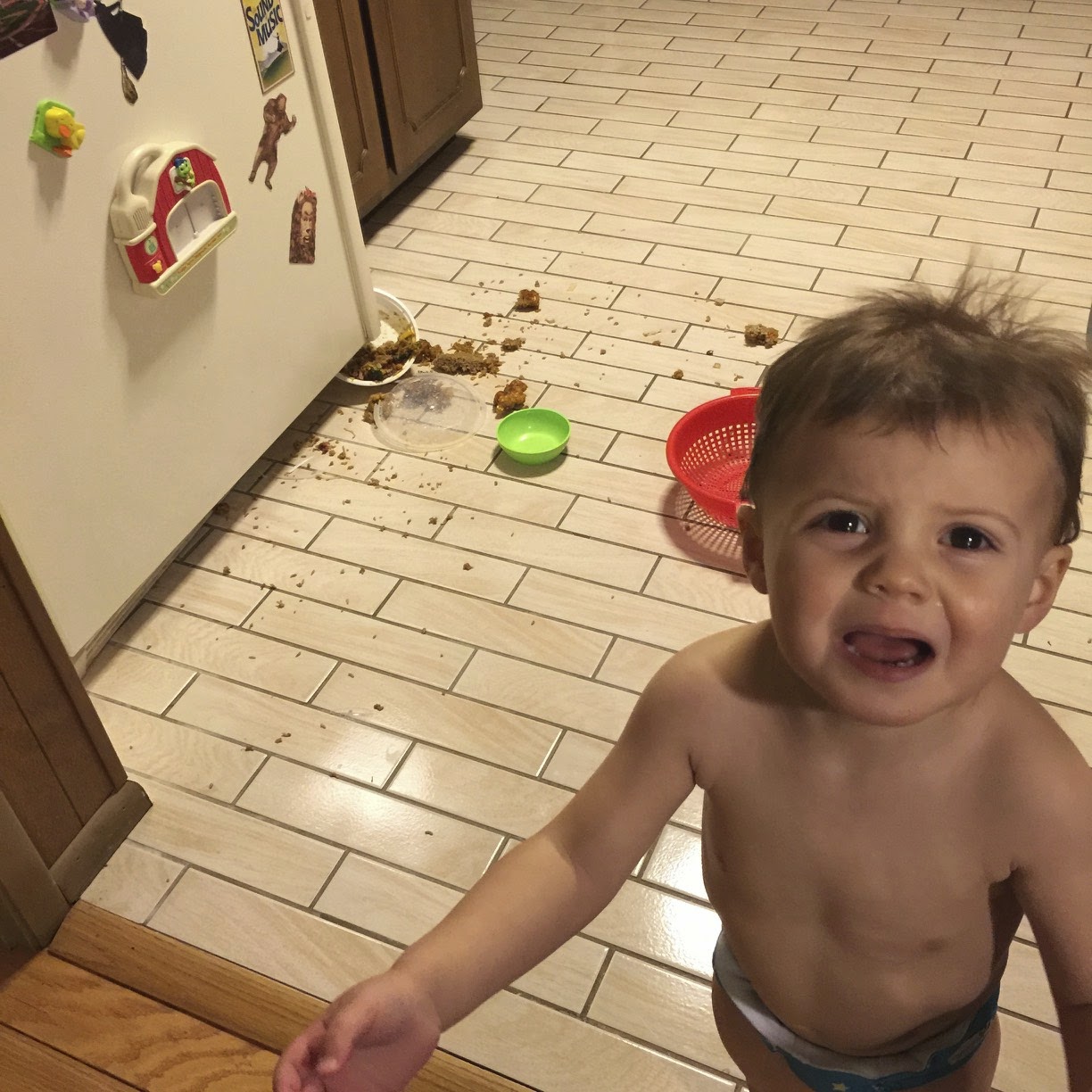 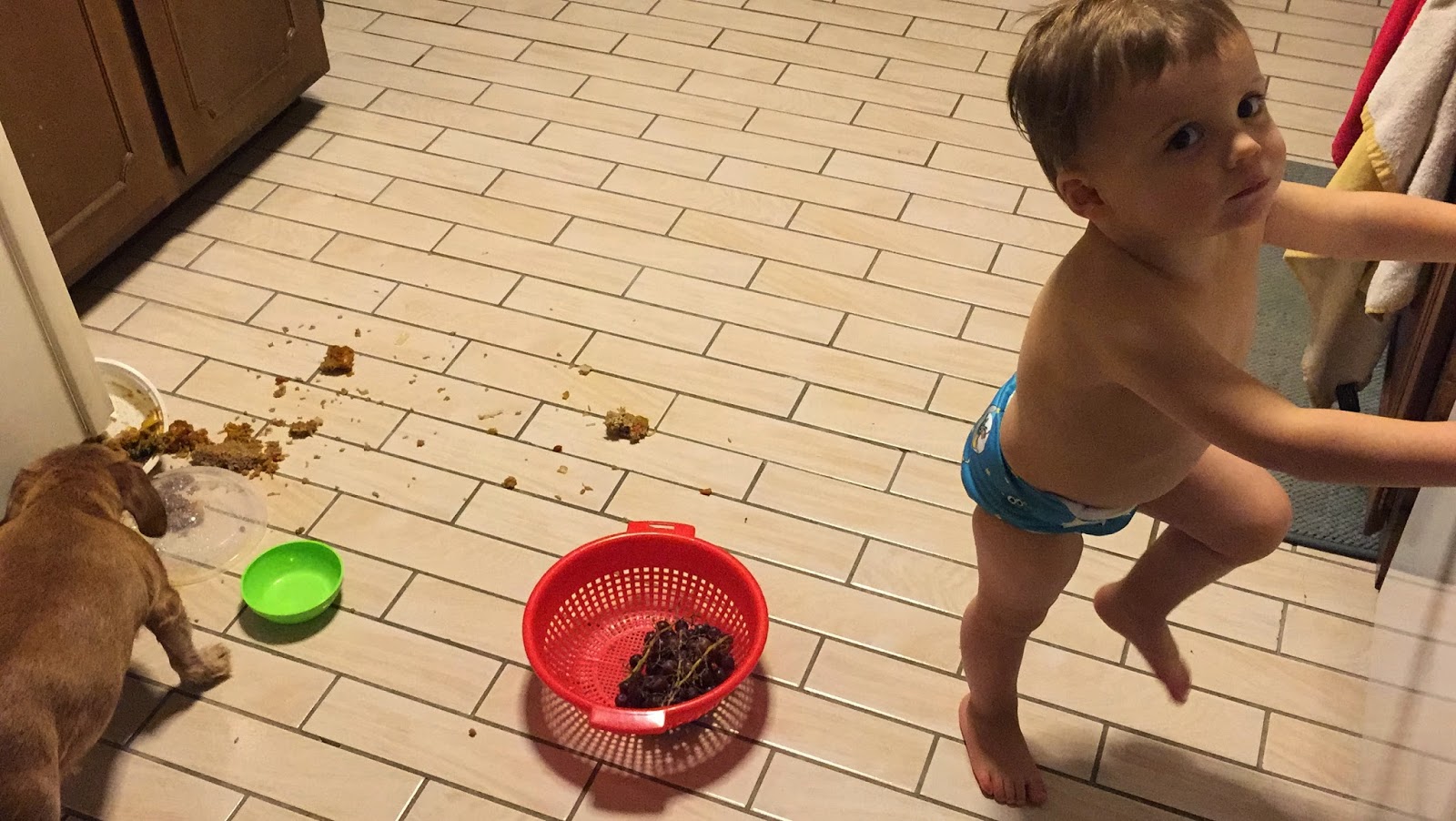 Then, during bath time Patrick decided he wanted to throw his toys out of the tub (nothing new) but decided to throw his entire pour cup thing FULL of water out on the bathroom floor.  Greatttttt.  He died, and thought that was hilarious.  Me, not so much.  I tried telling him "No, we leave that in the tub with our toys," but someone didn't get that, just giggled (which I call BS on, he totally understood, he just prefers laughing at me when I'm upset about something.  Fantastic). 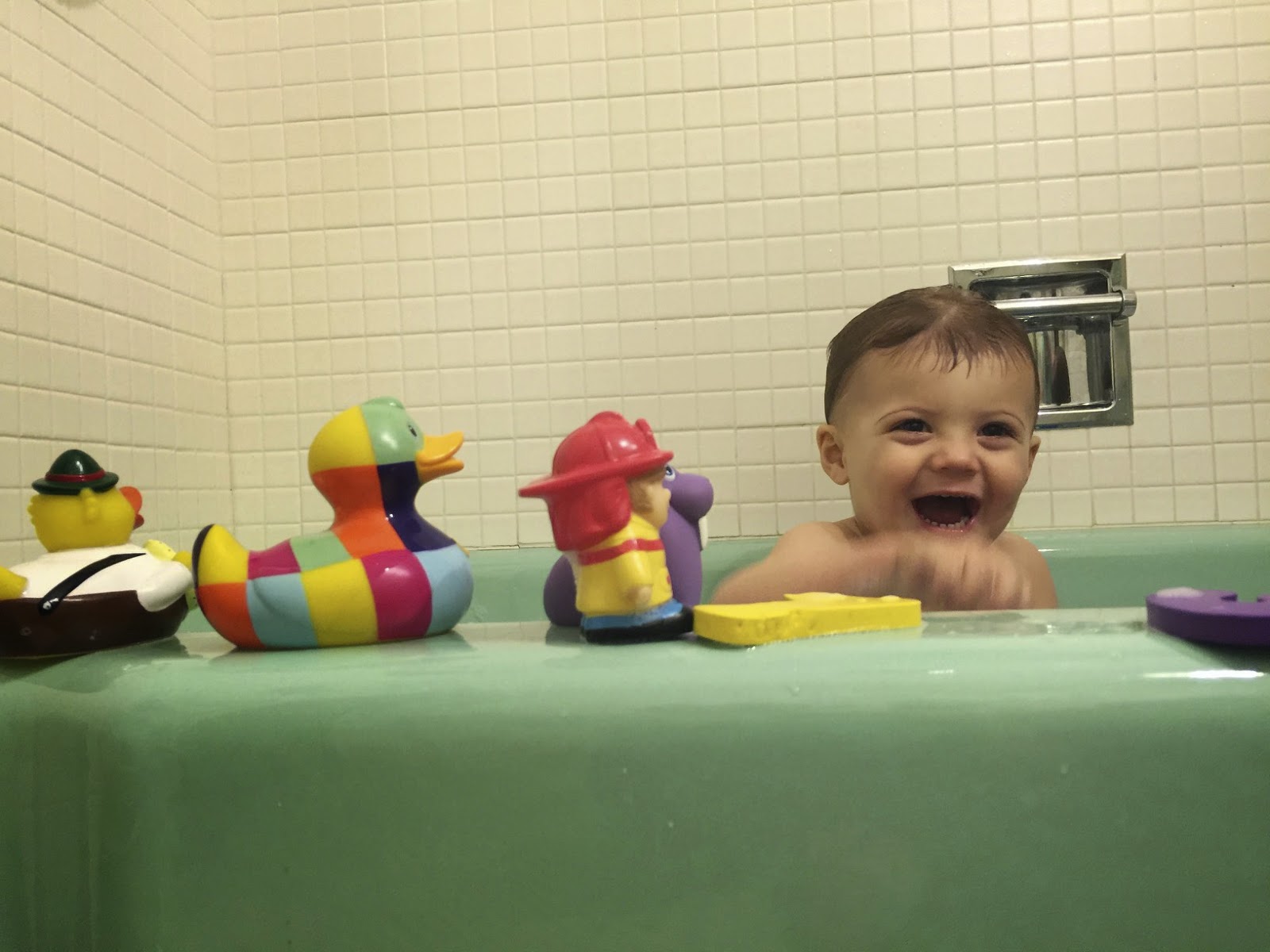 However, after bath I did ask him if he wanted to do a "Say cheese! mirror selfie" and he was like "yahhhhhhh" so we took one -- and that perked me up.  Cause as annoying as food is all over the floor or water all over the bathroom, this kid's toothy smile can always put me in a better mood. ALWAYS. 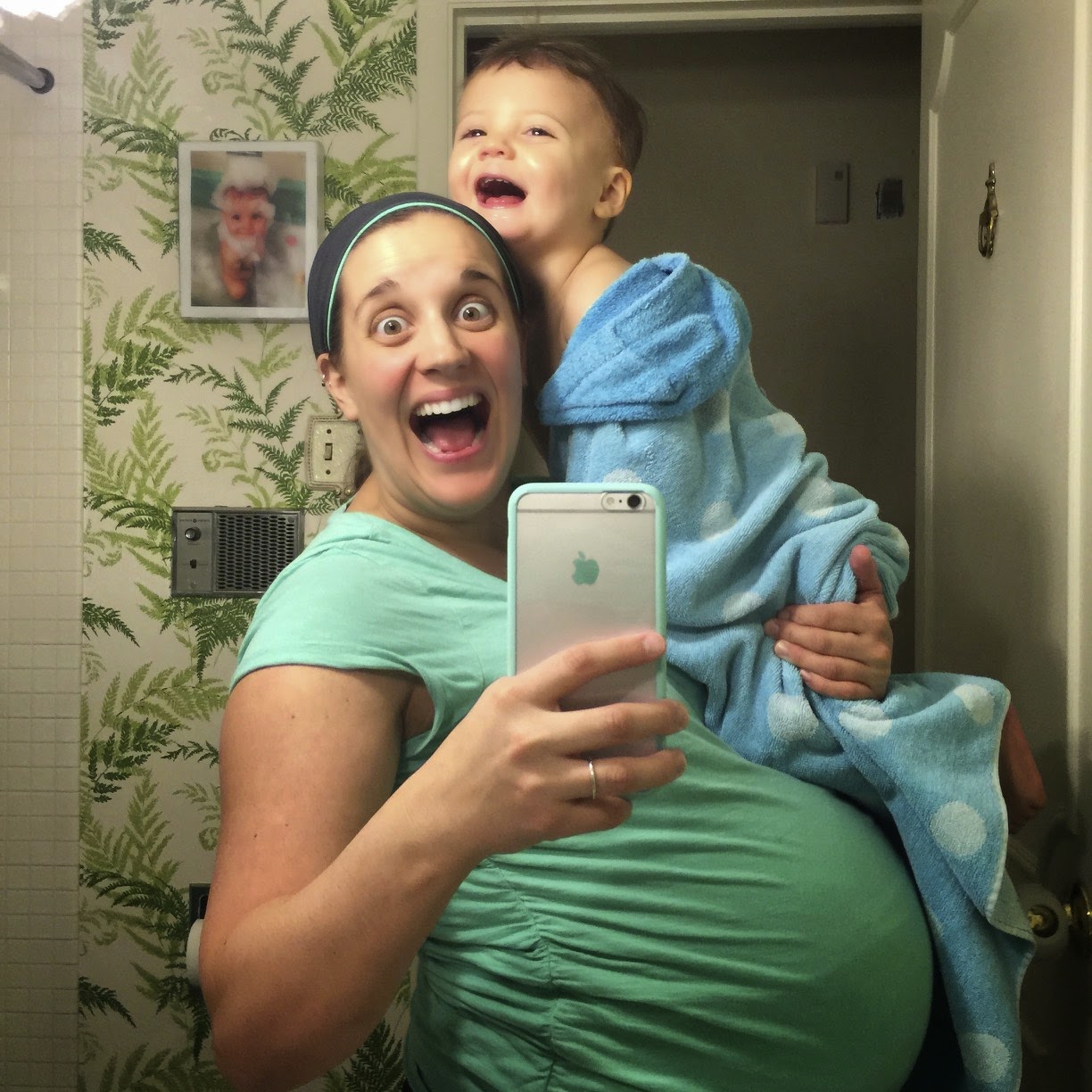 He then went down IMMEDIATELY for bed (which hasn't happened in a few nights, thank you Daylight Savings Time and screwing up my kid's schedule), which was glorious, because it gave me time to 1. write this blog post 2. give Mike a call and catch up 3. appreciate the fact that Mike and I both have jobs, and even though the hours aren't ideal for both of us, we're both very happy in our professions ANDDDDDD it makes the times we are together that much better.

So, I've gotten my "wahhhhhh!" whining out of my system, indulged in a delicious bowl of Fruity Pebbles, and am so ready to turn in for the night and tackle another solo night of parenting tomorrow while Mike works.  I can do this.  I CAN DO THIS.
Email Post
Labels: bath Mike Patrick schedule