I blogged earlier this week about how I felt like our days were on repeat.  I challenged myself in my post to try and do something different that broke that repetitive day cycle we had seemed to create.  This wasn't an easy task for me, because it really meant doing something solo with both burritos in tow while Mike was at work.  I had yet to venture out alone with both of them, and, not gonna lie, I was a wittle scared to do so.

Well, I figured today would be a good day for me to put on my big girl pants and do this.  Heck, Patrick is going to be TWO tomorrow and we keep telling him how big of a boy he is, I figured I'd take some of my own medicine and make myself a big girl too.  I could totally venture out with both kiddos by myself...right?!!  RIGHT.  Plus, I was determined to break our daily cycle we'd seemingly created, and the scary reality of taking them both out by myself was kind of exciting (albeit scary!) so I thought I might as well do it.

Patrick actually spent the night at my parents' house last night, because Mike and I were going to use the one kid that's easily mobile opportunity to run to the grocery stores (yes, TWO of them) this morning and get all of the stuff for Patrick's party tomorrow without having to chase around an almost 2 year old. 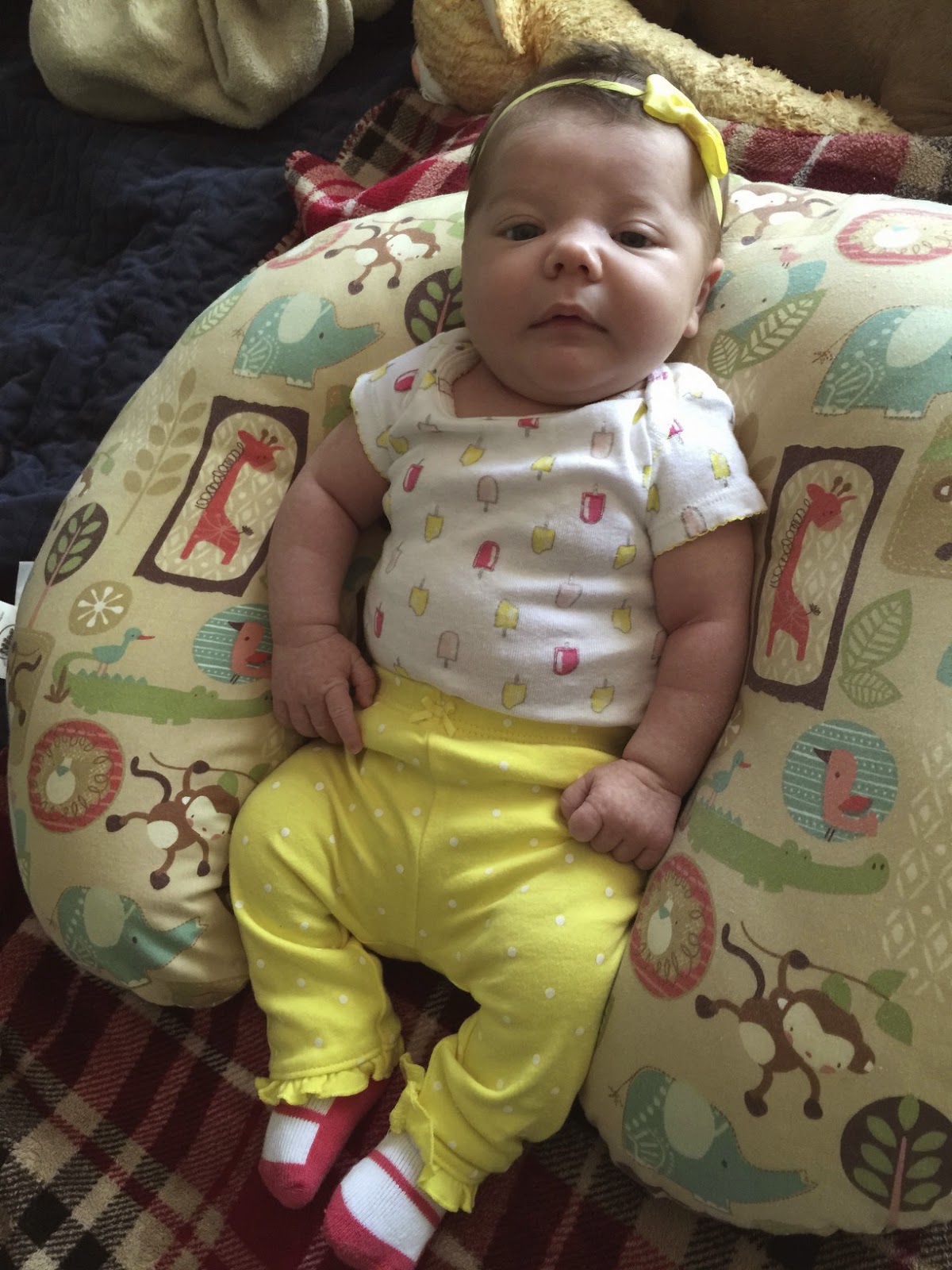 How fancy dancy did Rosie look in her cute little outfit this morning?!  Don't even get me started with how much she weighs and how I have to sausage her into her 3 month clothes that probably are too small but I'm in denial that she's big enough for SIX month clothes at 3.5 weeks so wedge she goes in the 3 month attire. 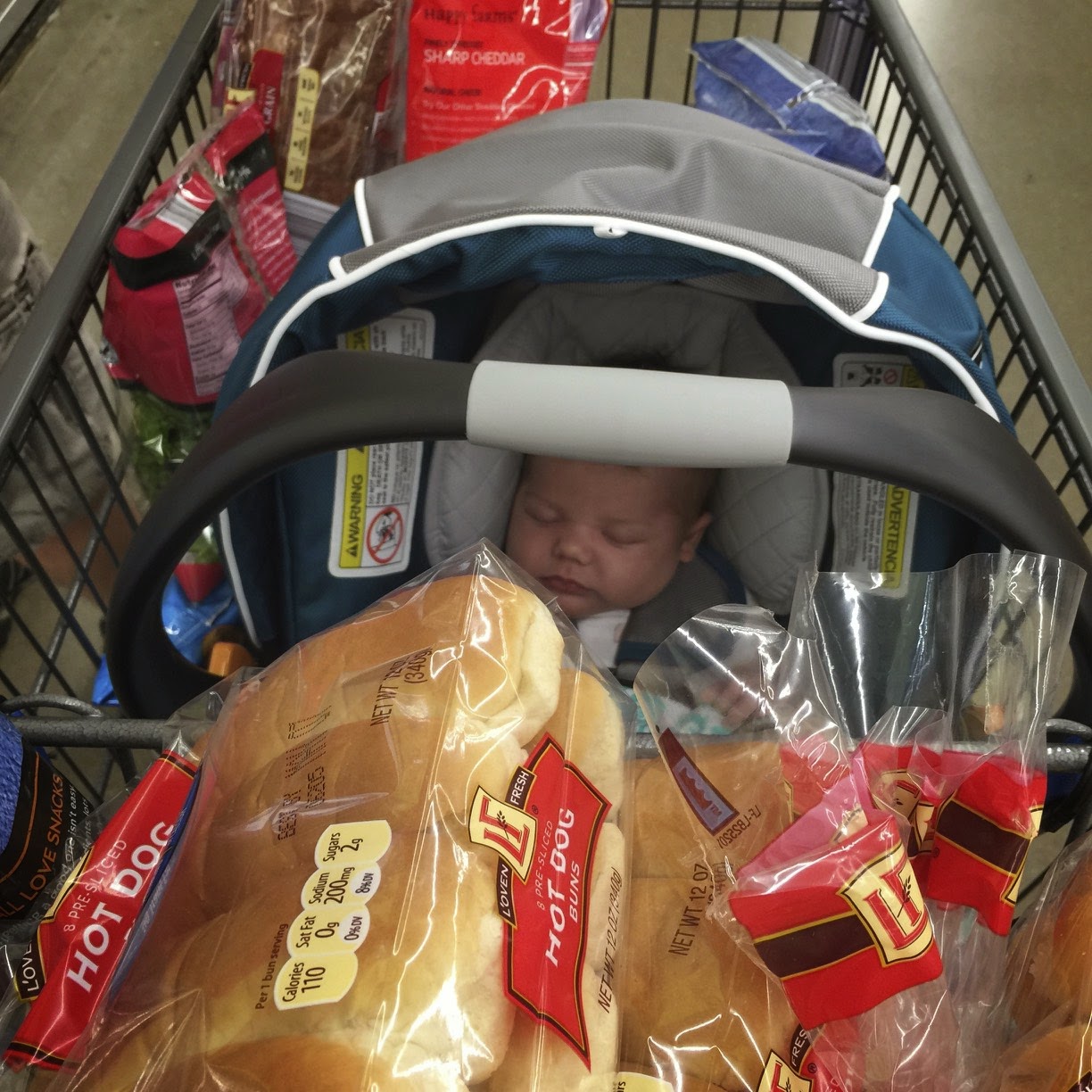 Our shopping adventure was a breeze--two adults and a sleeping baby?!  A dream.  It felt like a vacation to only have one kiddo to deal with. 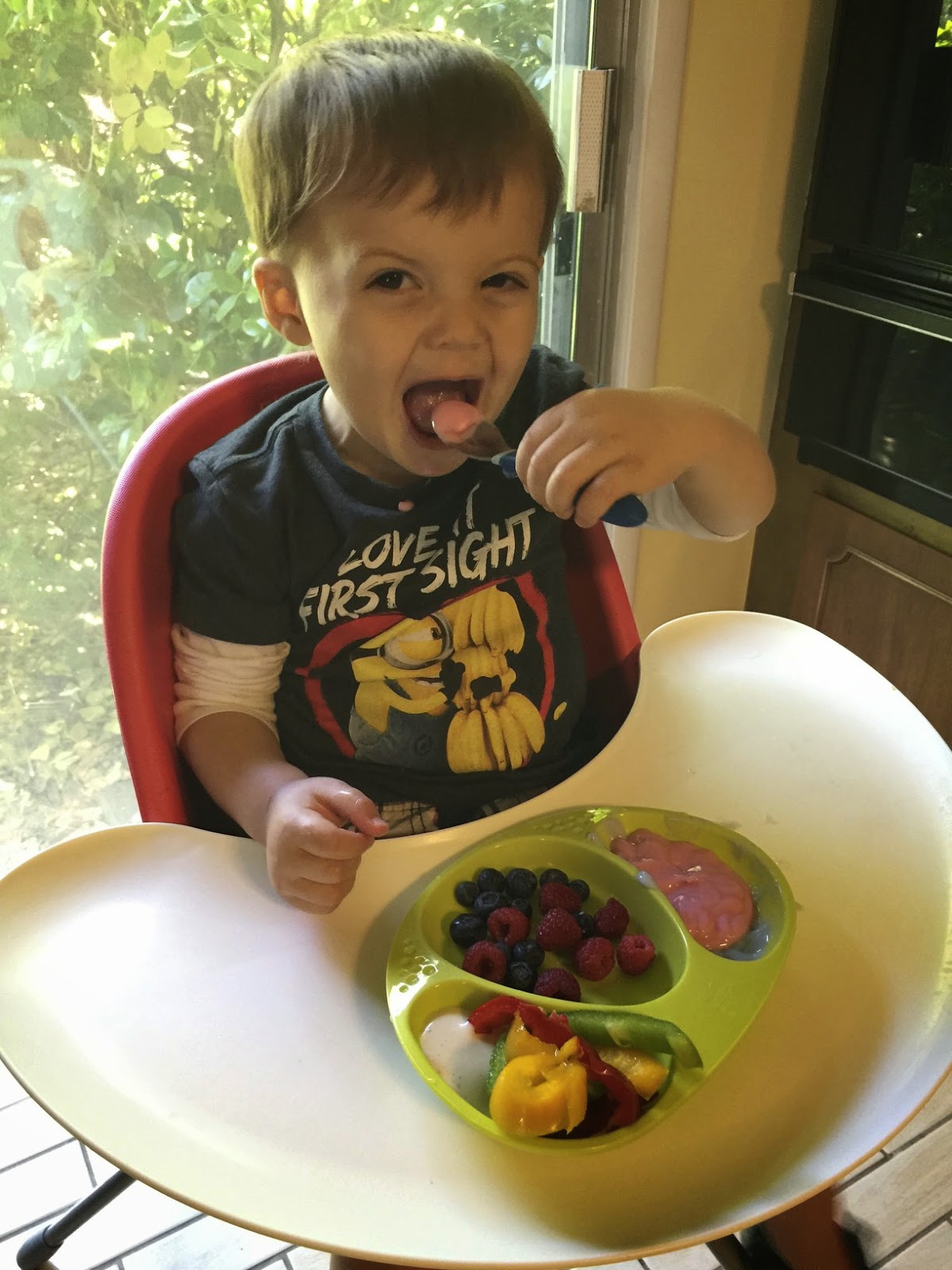 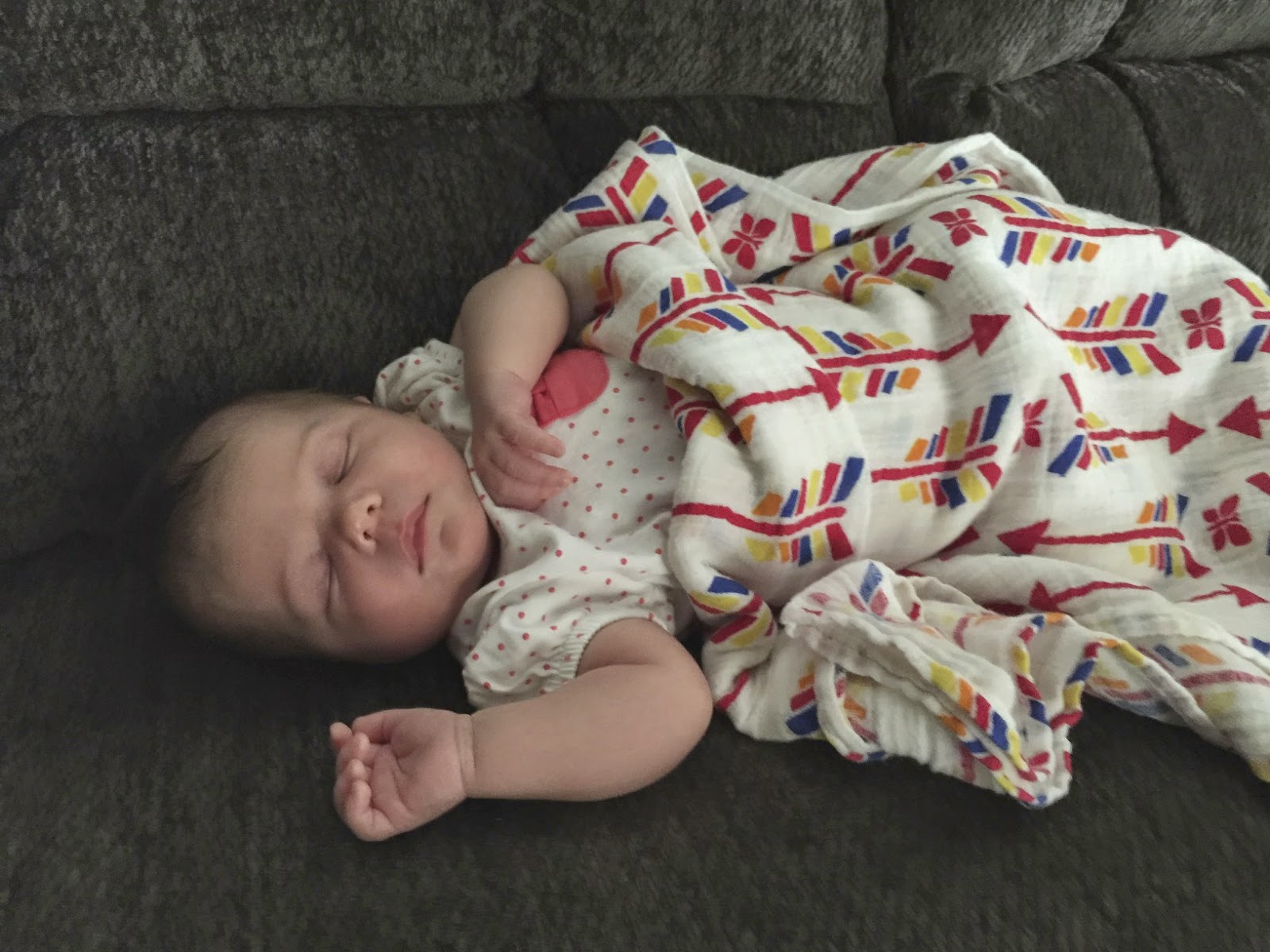 After lunch and siestas from both of our cucumbers, Mike jetted off to work (sad face) and I was contemplating taking the kiddos out and where we were going to go.  Target seemed like a logical choice: I needed another pair of khaki shorts for Patrick and could pick something up for dinner for all of us too.  Done.

Well, as I was finishing folding Rosie's diaper laundry and the kids were beginning to stir, my phone buzzed: it was Mike, and they just got a call for another homicide.  Great.  He said he probably wasn't going to be able to go to the grocery store downtown that had the nacho cheese we needed for Patrick's party...so I said I could run to SAMs with the kiddos and pick it up.  Okay, I just committed myself to going out with both of them!  I really shouldn't have been so freaked out and worried about this (or shoot, you're probably reading this rolling your eyes at my "big day!" blog post and it's about me taking 2 kids to the store.  Hashtag: big deal alex), but I was.

Earlier in the week I had text my buddy Tiff asking her to send me a video of her putting Elsie in her Tula on the front without any help (cause I'm a dumbo and couldn't figure it out)...so before I got Patrick up from his nap, I watched her video a few (10) more times and decided to try it out myself with Rosie. 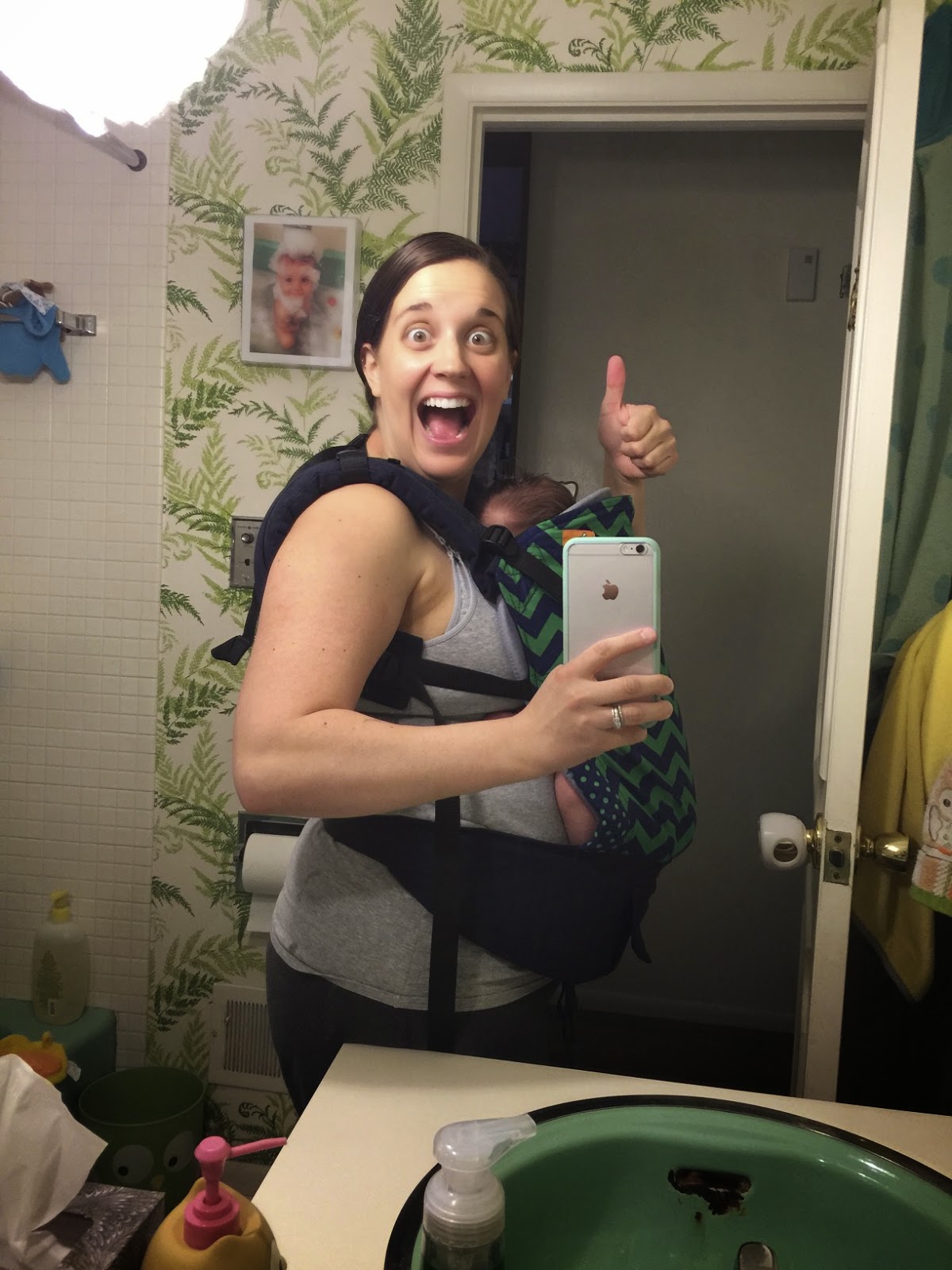 Ahhhh, success!  That was way easier than I thought it would be!  This was my key to taking both kiddos out at the same time: wear Rosie in my Tula and push Patrick in the shopping cart.  Obviously I totally could just pop her carseat in the cart and let Patrick sit up top, but that leaves NO ROOM for stuff and then (see above) we end up piling crap on top of Rosie and, eh, not ideal situation.  Plus, sometimes girlfriend gets fussy when she's left in her carseat and has yet to do anything but fall asleep when I'm wearing her in the Tula.

Okay, wow, this post is turning into one a lot longer than I expected.  Sorry.  Anyways, I fed Rosie so she'd be good to go during our shopping excursion, got Patrick up, changed him, and put them both in the car.  We were off!

We got to SAMs first, and I swear to you, I took a deep breath and wished myself good luck as I got out of the car.  Shockingly to me, it only took me about 3 minutes to get Rosie in the Tula and Patrick out of the car and into a cart before we were heading inside.  Efficient Alex!

Once inside Patrick went crazy with all of the hanging "toys" he saw.  Rosie fell asleep .2 seconds after I popped her in the carrier, so I took advantage of 2 well-behaved kids and did some shopping too--even though I only went there for nacho cheese.

SAMs has some super duper cheap (and cute!) Carters clothes, so I got some 6 and 9 month ones for Rosie and a new pair of swim trunks for Mike.  I may have also gotten some chocolate too, cause even though this baby has been evicted from my uterus I still am craving sweets and chocolate as if I were 9 months pregnant.  Whatevs.  Breastfeeding burns an extra 500 calories a day, right!?  Eat up Alex. 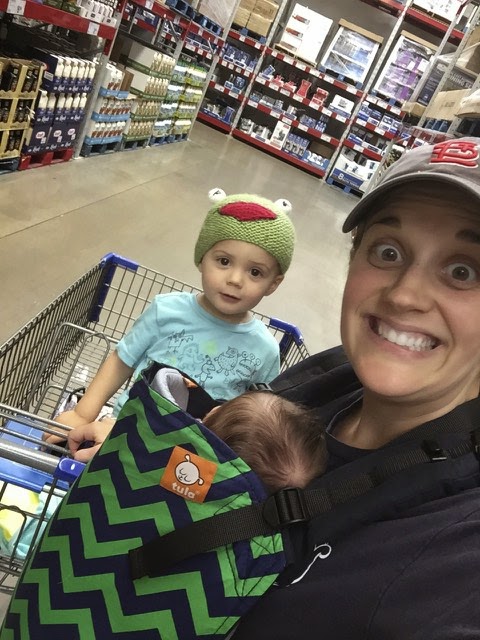 I was so proud of my accomplishment of solo shopping with 2 under 2 I snapped this awesome aisle selfie at SAMs.  Lame.  But I love it.

I was feeling super proud of myself after getting the kiddos in the car I decided we'd go to Target too--cause I still needed to get those shorts for Patrick.  Off we went.

We ended up running into our friends Ann, Drew, and Emma at Target and got to talking to them for a bit before Patrick decided he wanted "out peassss" and tried to climb outta the cart.  Uh, time to go.  I skipped grabbing something for dinner cause I didn't feel like cooking and my confidence was starting to dwindle with Patrick's behavior and opted to hit the Lion's Choice drive thru on the way home.

We made it out of Target (only spent $9! WHAT?!!!) and headed to Lion's Choice where girlfriend decided she was HANGRYYYYYY and started screaming bloody murder in the drive thru line.  Oops.  I pushed it--so we headed home immediately.

Now this is where I am really proud of myself: I usually leave the kids in the car for a few minutes in the garage while I unload all of our stuff and take Scoots out to pee before they come in.  Well, Rosie was hungry, and even though my OCD was demanding to take everything in before the kids could destroy it, I ignored it and actually left everything (sans the food) in the car and immediately put Patrick in his high chair, gave him his dinner, set my dinner out, and put a boob in Rosie's mouth while Patrick and I ate at the table.  Shockingly my OCD was okay with this--and the world kept spinning even though I didn't unload my car as soon as I got home.

So yeah, that was our big day.  Exciting--and a first!--for this Mooney clan.  I'm sure a month from now I'll roll my eyes at this post and be like "big deal Alex", but you know what?!  It was a big deal today.  It hasn't even been 4 weeks since Rosie's birth and I went out with BOTH kids by myself.  I'm pretty sure it was after 4 weeks last time when I ventured out with Patrick by myself without someone else there (and shoot, felt good enough to do it!  Longer recovery I remember from last time).

Anywho, that was our big day here.  Hope you enjoyed my riveting account :)  Stay tuned tomorrow and later this weekend for more big days: Patrick turns TWO (how is that possible?!!!!) tomorrow and I'll have oodles of blog postings (hopefully!!) for you.  Get excited.