So I know I said I would do monthly updates on the little guy after he turned one...but I figured I'd do a few between now and when he turned two...every few months to keep my memory fresh on what he's been up to and accomplished, and also to give you a little bit of insight as to what's been going on with Patrick!

Patrick turned 15 months old on Saturday, and we just had his 15 month appointment at the doc this past Monday. 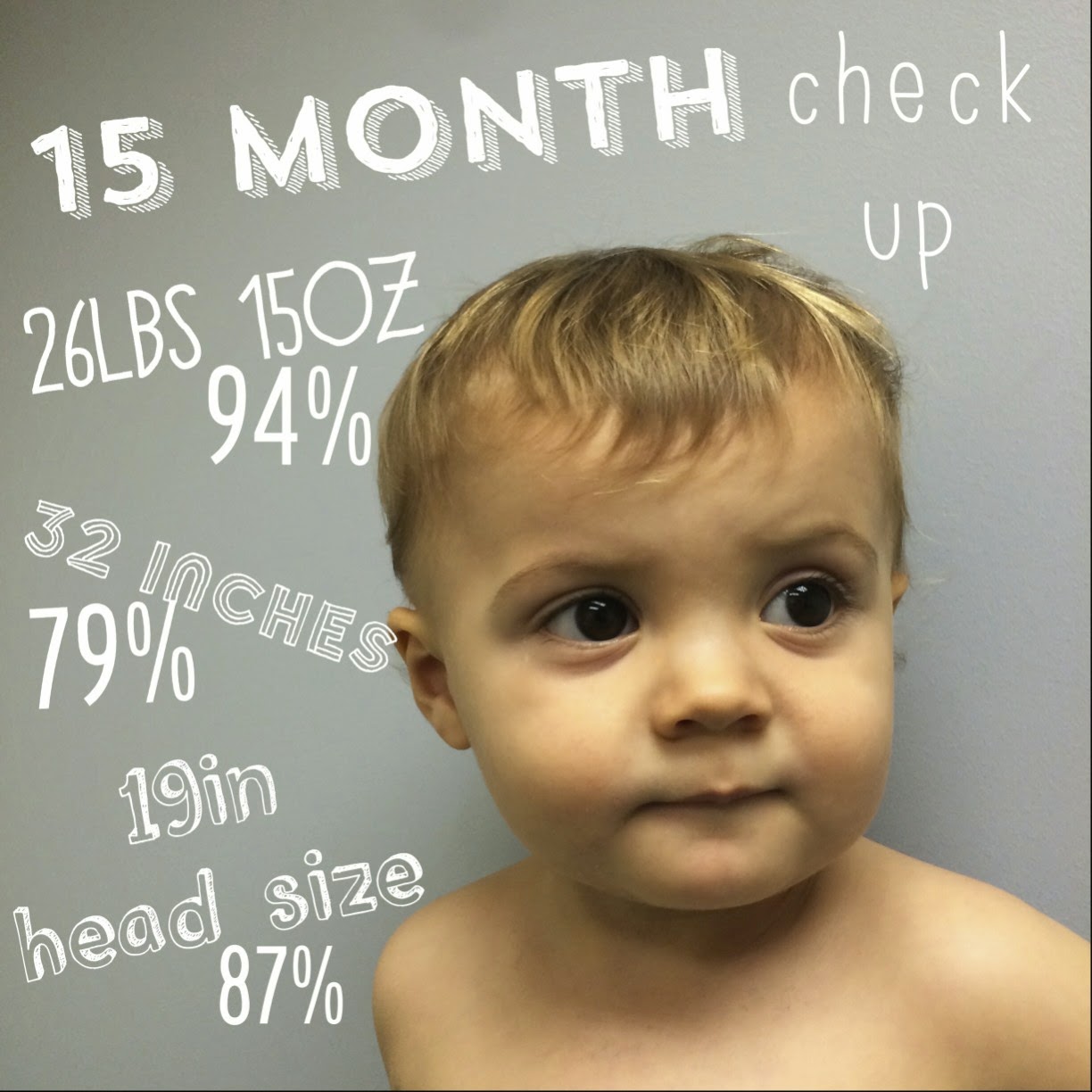 Our little man is slowlyyyyy becoming not so little anymore!  He's weighing in just a shade under 27 pounds, and is 32 inches tall.  He's finally BACK ON the charts for head size too!  Yahoo!  Dude is growing into his noggin!

All in all, despite a few tears from two shots, it was a quick and easy well visit from the doc.  We didn't really have any questions for her, and she was impressed with his growth (and the fact that he eats every.single.thing. we put in front of him!) and hitting all of the appropriate milestones.  We are super impressed with our little fella too!

I thought I'd highlight a few milestones/accomplishments Patrick is now doing (or has mastered!) at 15 months old...and what better way to do it than my favorite form, a list.  So, here it goes:
Well, that's about it for Patrick's milestones and what he's been up to since I last posted an update back when he just turned one.  I'll probably do another one at 18 months and then at 2 years...but obviously with oodles of subtle updates throughout most of my other seemingly always Patrick centered posts :)