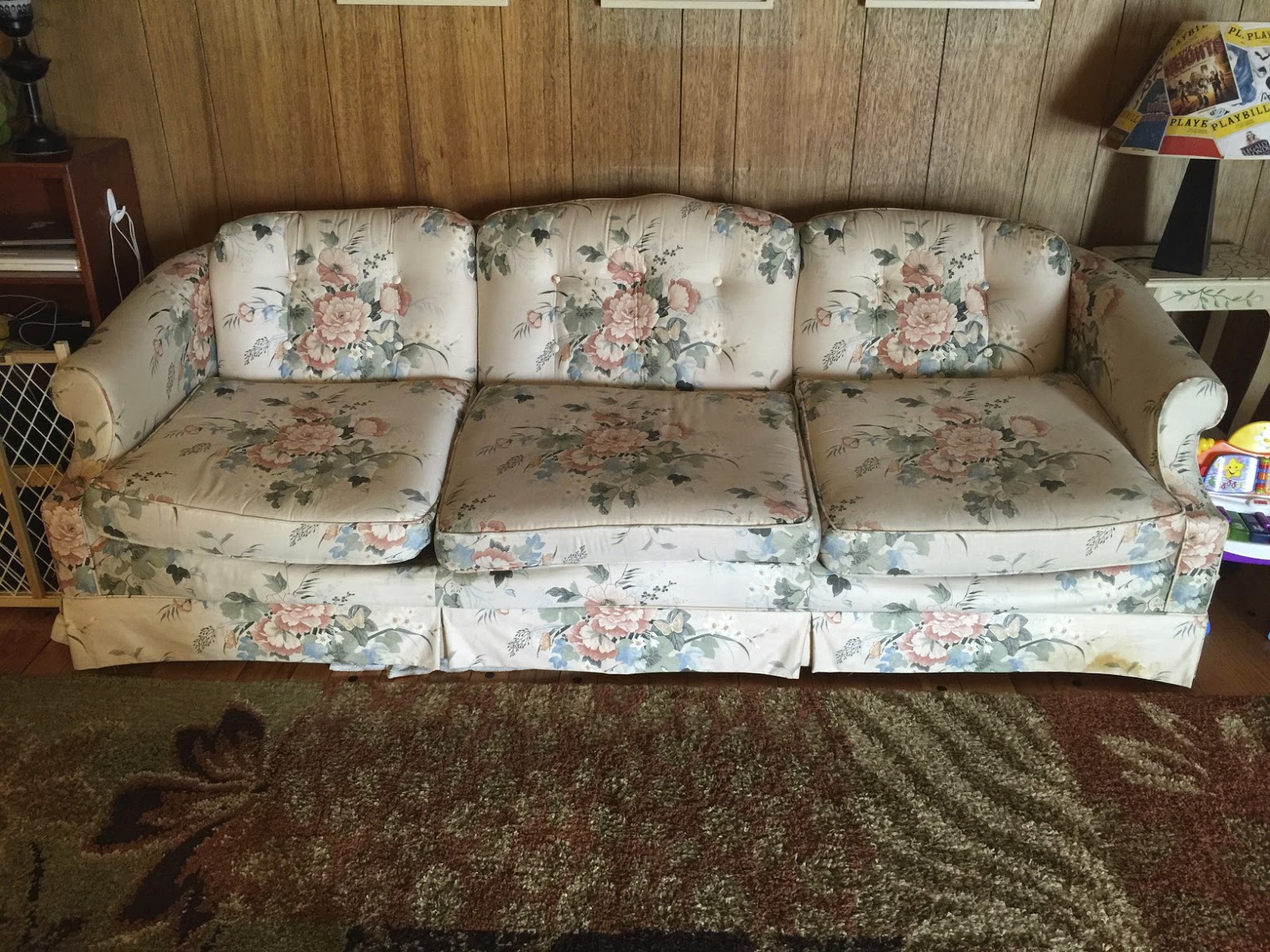 I'm sure this lovely beast looks familiar to you.  It's the couch that came with our house when we bought it almost a year and a half ago.  If my guesstimation is correct, this bad boy is over 40 years old...or older (I think I was being generous with the 40 years thing).  Anywho, when we bought the house we had went and looked at a new couch at a few places, but decided to hold off because 1. there was a 'usable' couch there already 2. we just spent a fortune on a new house and we could wait a bit to buy a new one.  I bought a brown cover to toss over it and figured we'd be good for a while (spoiler: that got ditched soon after cause it would never stay on right).

The past month (or more, I'm sure, my memory is sucky these days) or so this couch has taken a turn for the worst: the springs on one side broke and were pushing the couch "up", while the springs on the other side were also broken and causing the couch to sag on that side.  It was awful.  Not comfortable at all to sit on (or gah, even think about laying on!) and was just awful awful awful.  I hated sitting on it, and either chose to sit on another chair or the floor rather than that torture device (and I know some of our visitors to our house echoed my sentiment there).

So we decided to go look for a new couch (Mike reluctantly, I'm sure)...we looked at several places, but fell in love with a sectional couch we found at Weekends Only.  What set it apart from other couches we looked at was that in the corner was a table/shelf (with charger ports! eeeekkk!).  We were sold.  We ordered it late last week and it was delivered on Monday this week.  Besides new tech toys, I don't think I've ever been excited about (a material) something in my entire life. 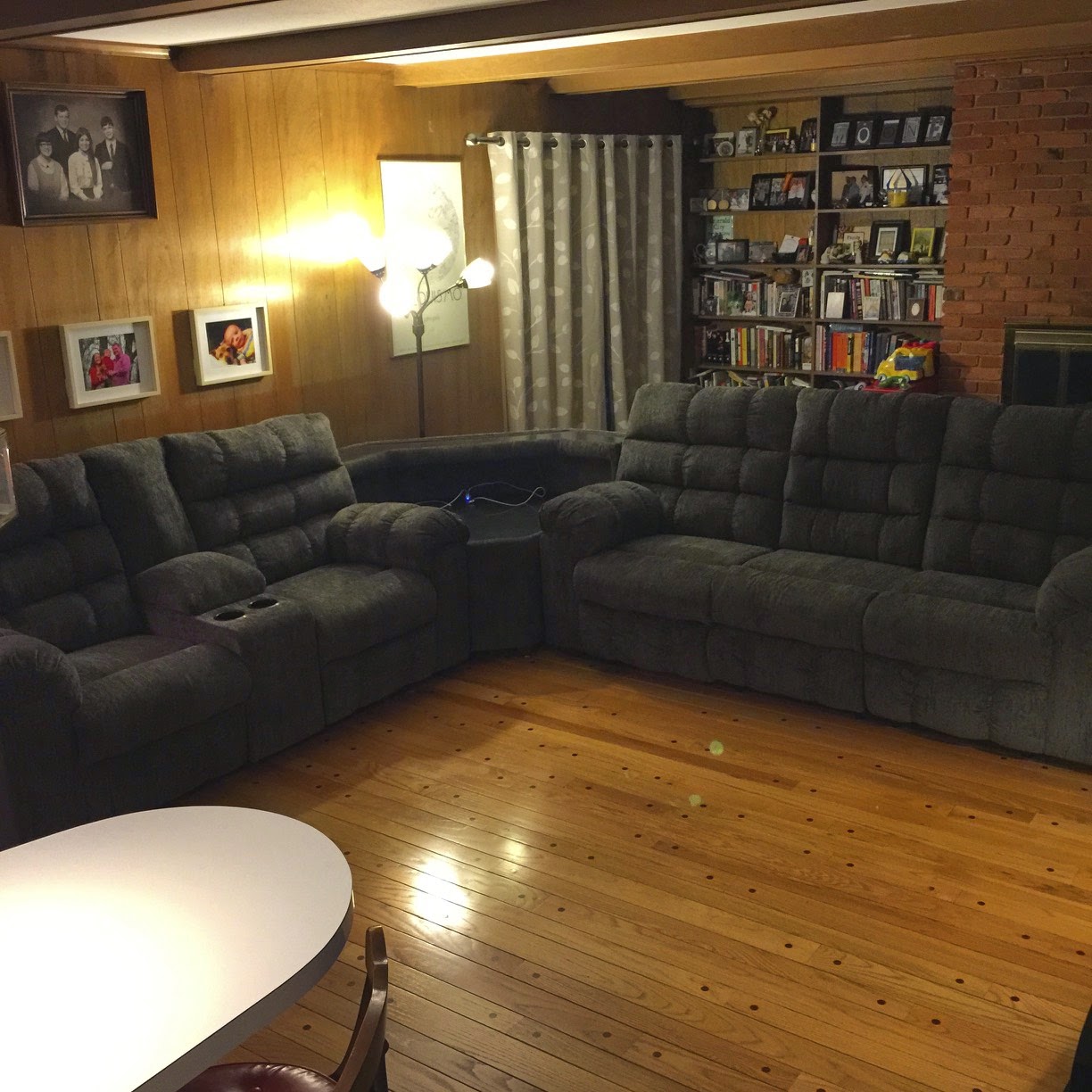 FYI, the rug is missing in this pic cause it's currently drying in the basement from having a visit to the Rug Doctor.

So this is my new favorite thing--probably being 8 months pregnant helps my love for it as well because FOUR (yes, FOURRRRR!!!) of the seat recline and have footie things pop out.  I am in heaven.

I think we've decided to retire our coffee table since it's 1. short and this couch is taller than our last one 2. we have a built in table and cup holder so no need for it.  It really has changed the entire dynamic and make up of our family room and I LOVE IT.  It sections off Patrick's toy/play area, which is great because he now just destroys that area instead of the entire family room (aka easier to pick up at the end of the day).  The only downside is that it sections off the fireplace as well, but hey, small potatoes in my opinion.  We don't use it that much anyways. 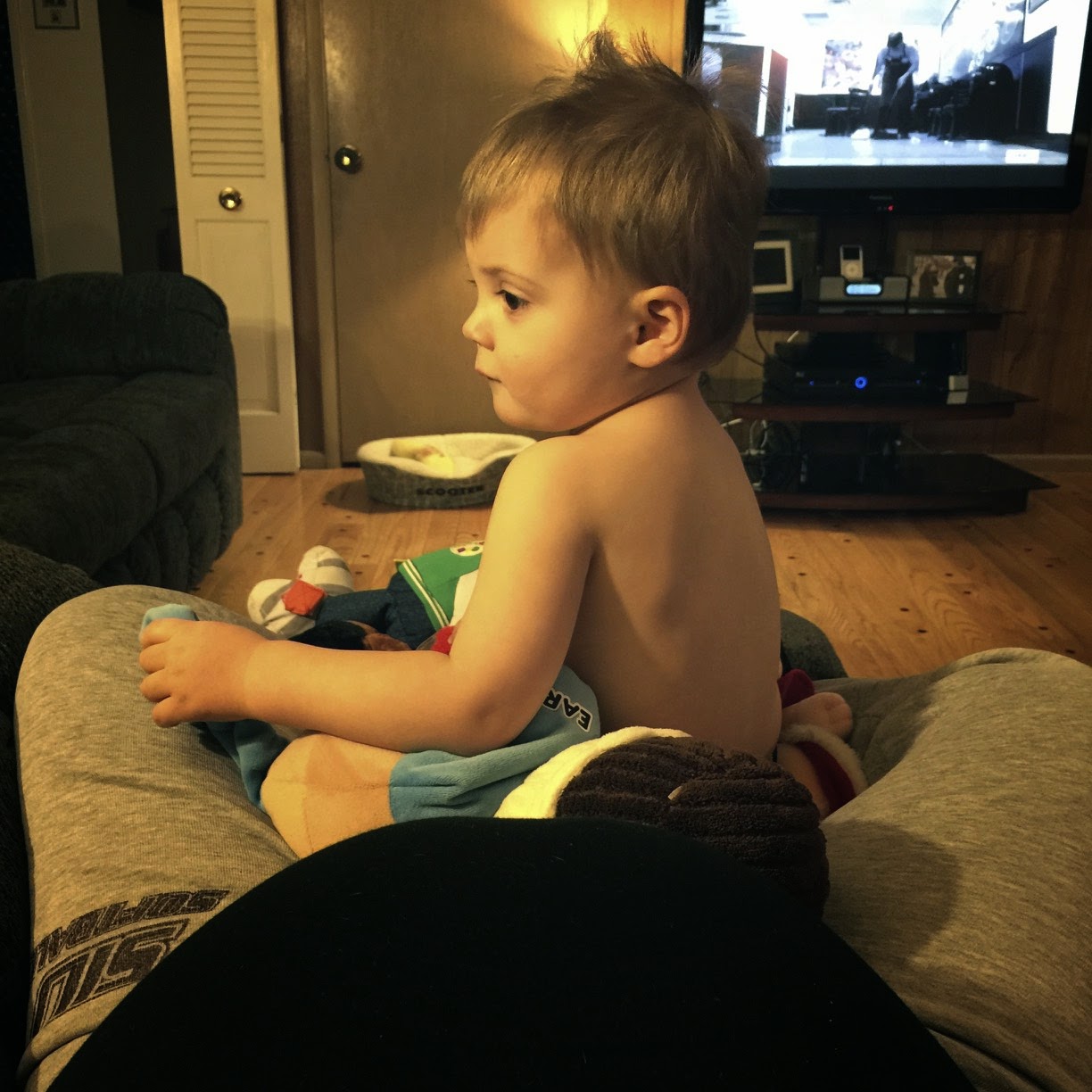 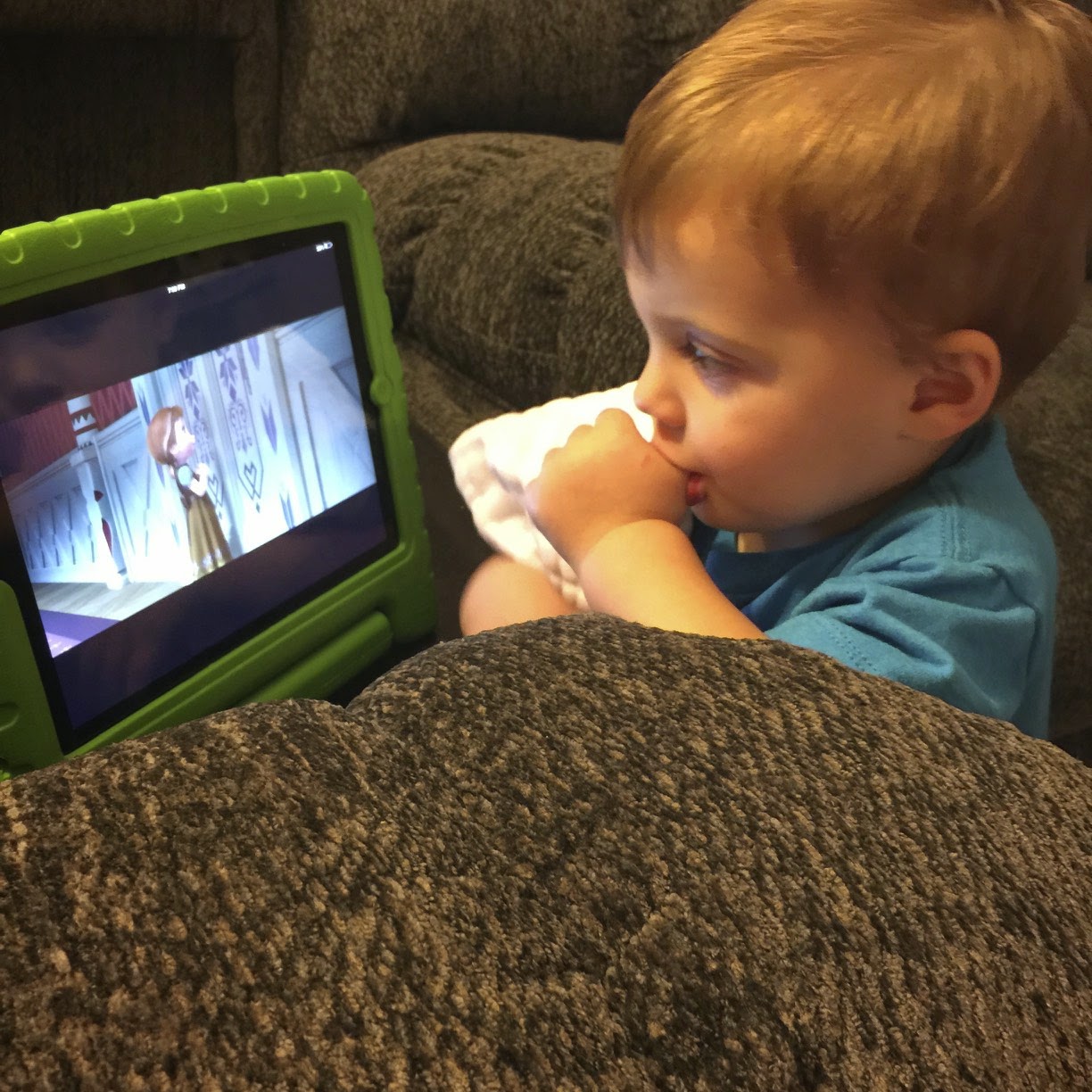 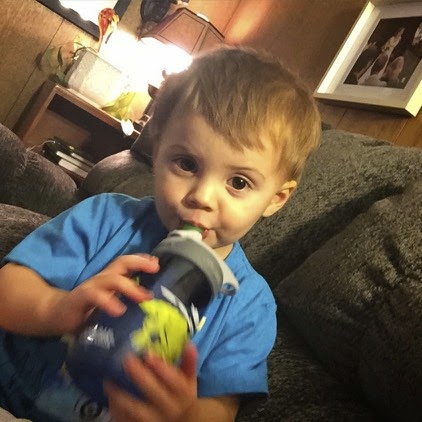 Patrick has thoroughly enjoyed the new couch as well, as you can see from the pics above and some couch antics as well.

It truly is the little things people.  I am so thankful and happy about our new piece of furniture AND all of the new memories that will come with it.  Happy Wednesday!