No no no no no!  I swear I just hit publish on Rosie's 9 month post and BAM!  Here we are at 10 months!  How is she almost a year old?!  No way, I swear I just had her!  I SWEAR!  Each month seems to fly by faster and faster than the last.  Gahhh, time, why must you go by in an instant?! 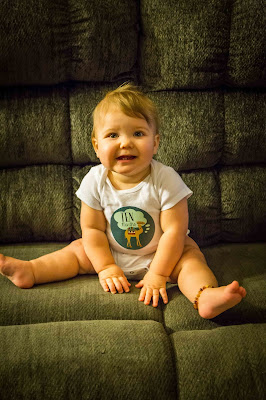 Anywho, sister bear is 10 whole months old!  Double-digits now for months!  I cannot believe it.  She's less and less like a baby and more like a toddler each and every day.

There was no way I was fitting 43 weekly snaps into 1 square (I don't think that'll ever happen again BTW), so here's the best you're gonna get of all 43 weekly pics Ro has taken thus far. 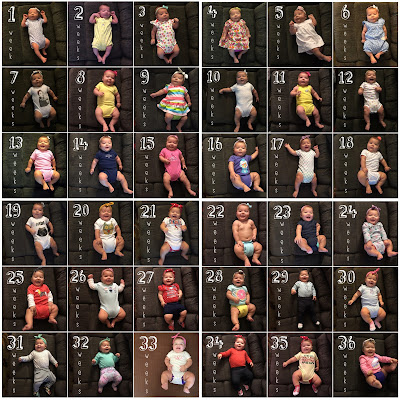 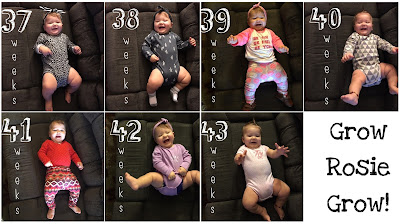 Rosie has definitely plateaued a bit in her growth--I mean, she's definitely GROWING, just not gaining the poundages like she once was...and I'm okay with that.  It's been nice to keep her in the same size of clothing for the past several months! 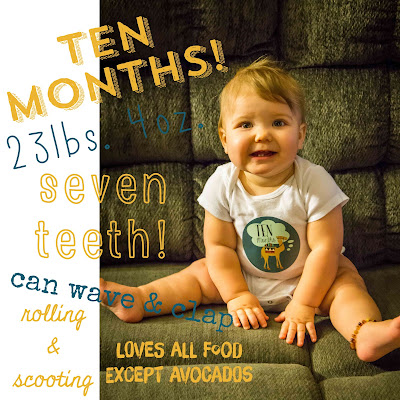 Now it's your favorite part: MOM STATS!  I love that I blogged this age with Patrick, so I have his 10 month stats to look back upon as well.  Anywho, without further adieu, here ya go!

So that's about all I've got for Rosie at 10 months old!  I really need to start planning her 1st birthday party (spoiler: it's donut themed!)...I've actually already made the invite and set the date, just need to figure out the rest of the logistics! 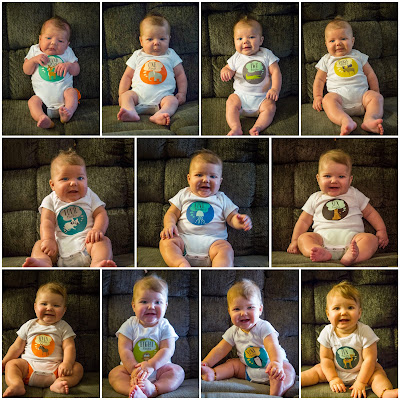 You always like some outtakes, don't you?!  I sure do!  Here's some outtakes from Rosie's 10 month photoshoot, which, as I pointed out last month, are getting harder and harder to take!  What is their fascination with the belly stickers?!! 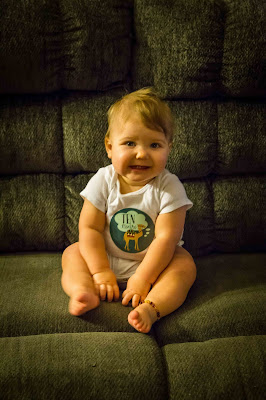 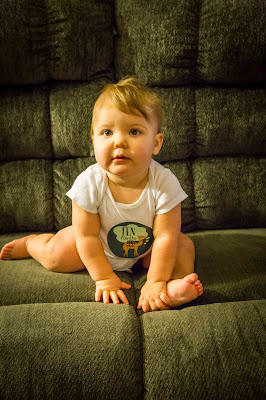 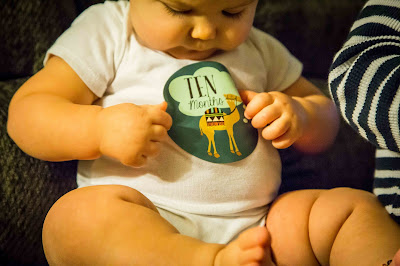 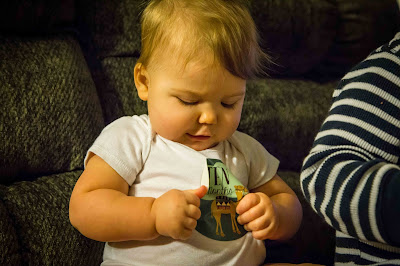 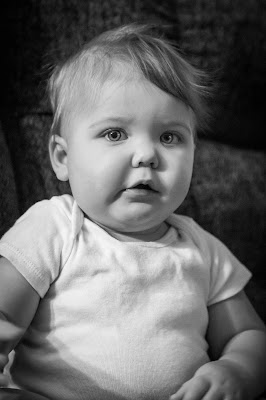 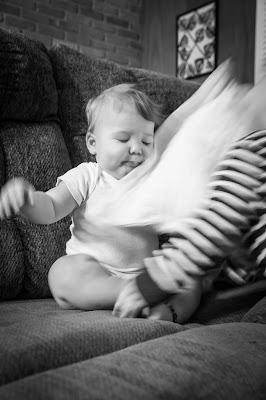 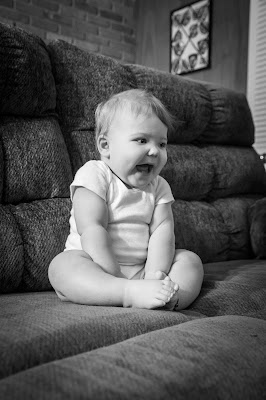 And, lastly, I'll leave you with my favorite: Patrick at 10 months vs. Rosie at 10 months.  I am seeing more and more similarities each and every day! 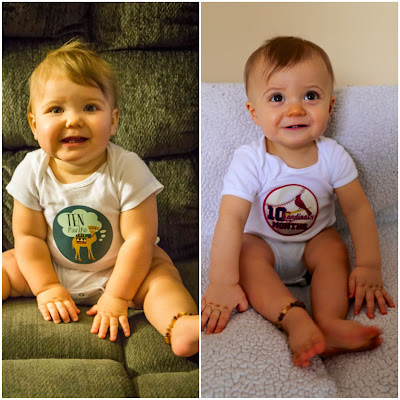