Several weeks ago one of our friends sent us a Build-a-Bear gift card to make a special bear for our Clark.  A week or so ago Patrick and I decided to pick out and design a bear online (cause ain't no way you're getting me to the mall this time of the year) -- he helped me pick out what bear to make for Clark and what color and font we should have his name written on his tummy.

Fast-forward to today: and Clark Bear (or Clarkie Bear, as Rosie has been calling him!) showed up. 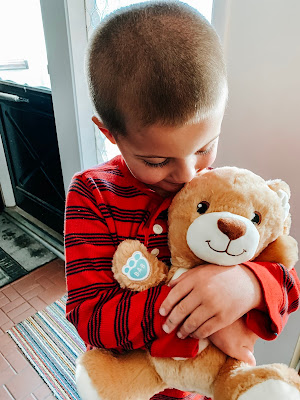 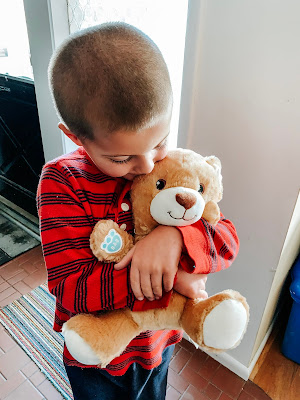 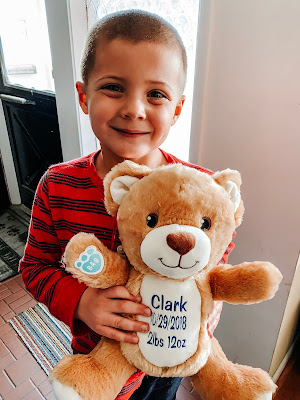 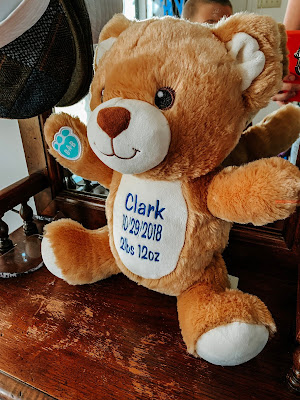 It is just perfect.

I know it's just a stuffed animal, but as soon as we ripped open the box it just felt special to us -- to have.  His name and birth date and weight on it.  It was the perfect bear for our Clark.

The big kids immediately began fighting over it (typical!) and who got to snuggle with Clark Bear.  I have a feeling this bear will never be put down :)

I said in my post the other day how I am just reluctant to do family pictures -- I feel like part of our family is missing.  And when Clark Bear showed up today, I was like YES!!! YES!!  We can use his bear (and heck, sometimes his bear with his cape!) for family pictures!  It may seem elementary and cheesy, but it means soooooo much to me and I have a feeling Clark Bear will be in a lot of pictures to come.

It was unseasonably warm today, so after naps the kids begged to play outside...so why not?!  It had been forever since we did and they were dying to swing...so off we went!  And Clark Bear came too...along with my camera. 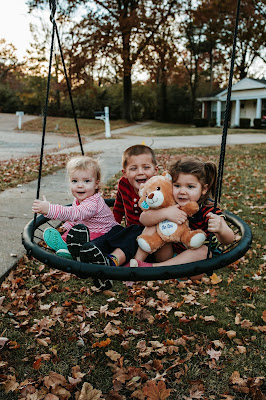 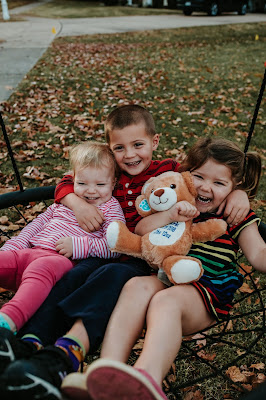 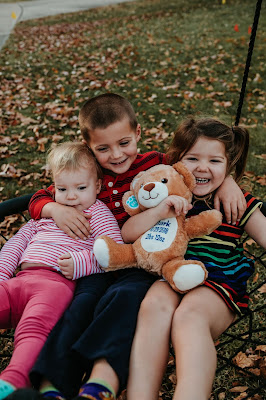 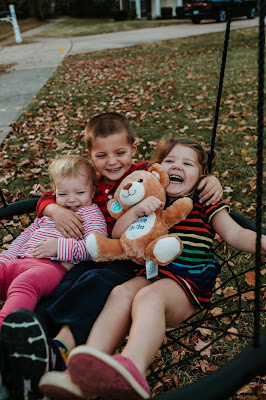 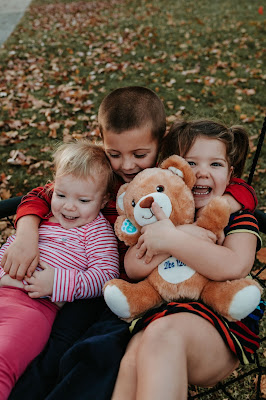 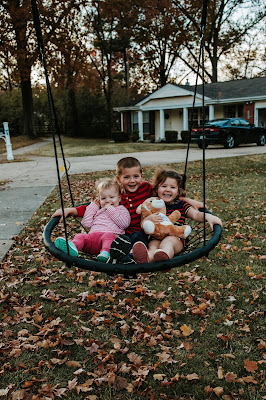 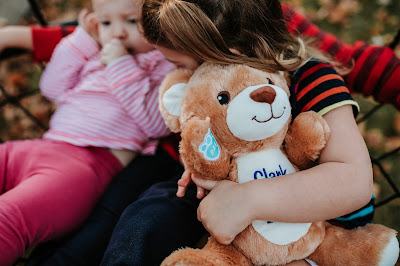 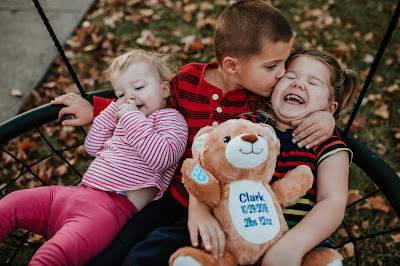 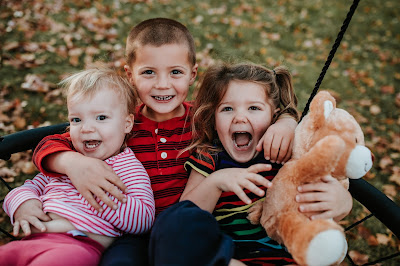 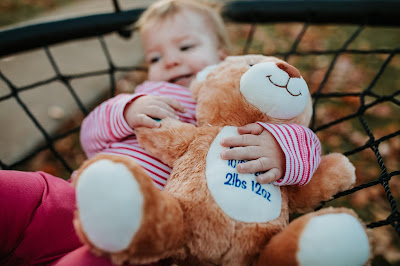 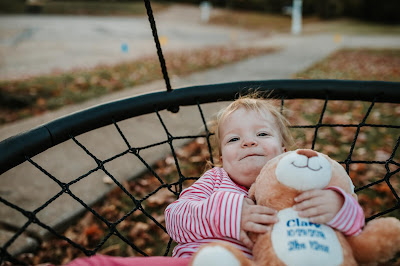 I freaking LOVE how these pictures turned out.  They are so happy -- there were so many giggles, so many tickles, so many snuggles...and each of them could not hug Clark Bear tight enough.  I definitely felt like our Clark was with us as we played outside this evening. 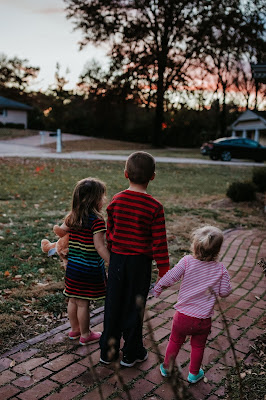 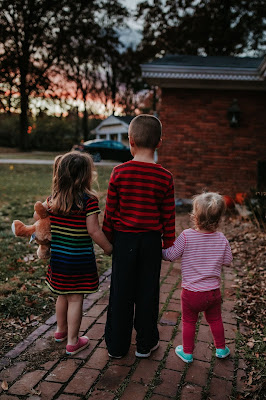 And then, just as we were about to go inside, we were graced with the most beautiful sunset...just like Clark was smiling down on us.

Not a second goes by that he isn't in the forefront of my mind.  So many what ifs, especially going into the holiday season.  Damn, I miss this little guy SO MUCH.  And I know his big brother and sisters do too.  But I'm so glad we have our Clark Bear to hug and squeeze and love on for now until we can do that to our Clark man one day.

I hope everyone had a good holiday weekend...one more day of relaxing until we're back to the school hustle-and-bustle come Monday!  Which I'm actually kinda excited about -- I plan on tackling the basement and HOPEFULLY getting that all back in order so the kiddos can have their playroom back!  Fingers and toes crossed I can get that done in one swoop on Monday!
Email Post
Labels: Annie clark Clark Bear family family fun our little C Patrick Rosie