What a fantastically awesome Halloween!  I blogged all about last year's Halloween almost exactly a year ago, so, keeping the tradition alive and bloggity-blogging about 2015's in the same style, aka photo dump.  Ha!

So on Thursday this past week the businesses in downtown Kirkwood put on a little trick or treating thingy for kiddos for a few hours: it lets kids trick or treat through the businesses from 5-7pm.  We had planned on going before Goose's birthday dinner at the Pond, and since Mike was on days he was going to be able to join us!  Woo hoo!

Welllllll, as luck would have it, Mike got caught up at work and wasn't going to be able to make it until like 6:30 and would just have to meet us at the Pond.  Well poop!  I decided to take both kiddos myself since Patrick was already set and excited about trick or treating so I got home from work, whisked the kids into their costumes, and off we went. 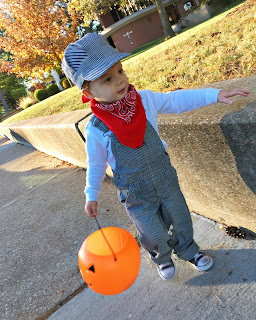 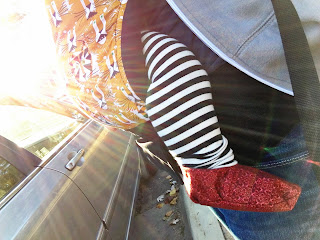 Patrick was his tiny conductor and Rosie was the Wicked Witch of the East in my Oh My! (Wizard of Oz themed) Tula!  Side note: I don't think anyone "got" her costume.  Whatevs.  I did get a lot of compliments on my "front backpack", so that was funny. 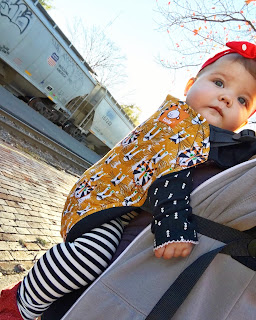 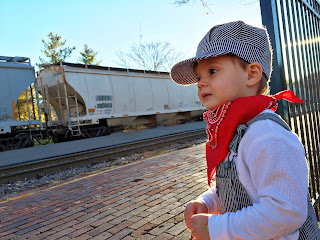 Patrick got super spoiled at the event because we saw a real choo choo at the Kirkwood train station and he was completely mesmerized!  He was in awe that we weren't standing behind the bars and was planted in place with his eyes glued on the tracks.  It was so cute.  Rosie was in her naturally curious inquisitive habitat checking everything out per usual.

After a successful trick or treating in downtown Kirkwood, we got back home and I thought it'd be funny to put Scooter in Rosie's Rosie the Riveter costume and OMG.  I was dying.  Why is this dog so funny in human clothes?!! 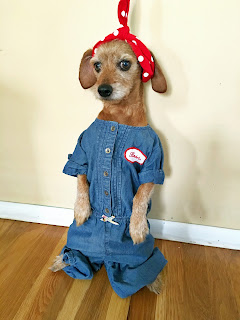 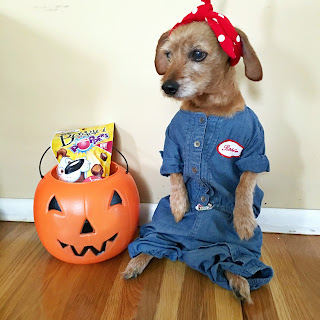 Naturally I had to post it on Facebook too and inquire who wore it best and it seems that the consensus was Rosie, hands down.  No offense to Scoots, but I agree--girlfriend wears it the best. 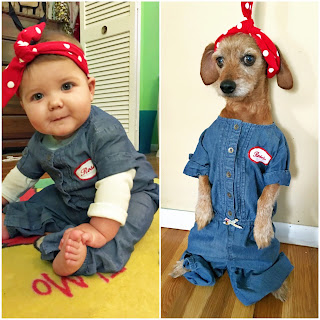 Mike and I decided to carve our pumpkins (or 'punkins', as Patrick calls them) during nap time today.  Parents of the year, huh?!  Carved the pumpkins without the kids!  Oops.  Oh well, next eyar we'll get them in on the action...maybe.  Ha. 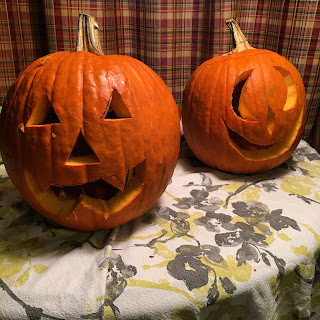 Before we headed out on Halloween for trick or treating I snapped a few pics of the kiddos in their costumes.  Rosie the Riveter, Scooter the crossing guard (HA!  Mike's idea :), and Patrick the tiny conductor.  My favorite picture of them is by the pumpkins outside.  Gosh, what 2 very happy kiddos we have! 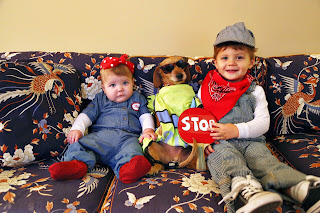 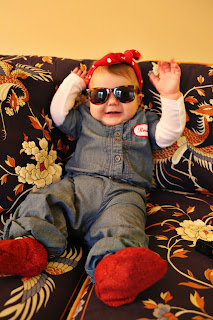 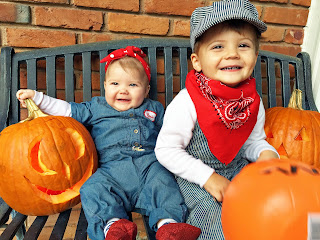 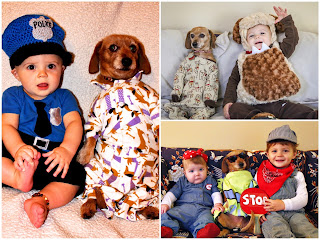 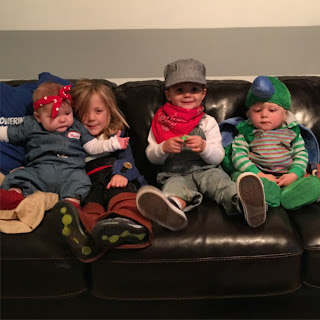 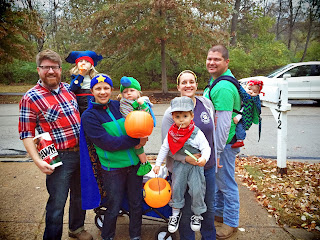 Can I just say Patrick had an absolute blast with Rory this year?!  He was so good about trick or treating and knocking on people's doors and saying "trick or treat!" and thanking them for candy.  What he was not so good about was walking into every.single.person's house as soon as they opened the door.  Seriously.  They'd open the door and in he'd go, racing towards whatever he could find inside to play with.  SHEESH!  After he did this to no less than 5 houses he finally "got it" that he was just to stand outside their house and get candy and not go inside. 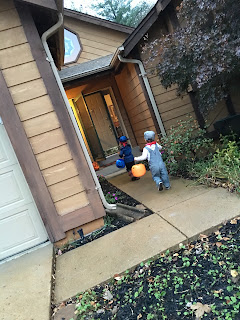 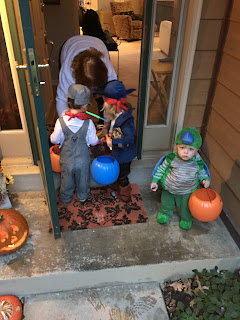 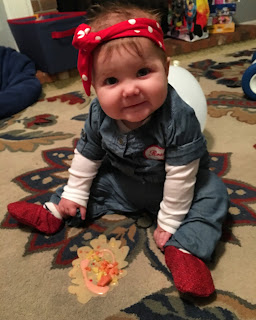 Rosie absolutely loved playing with Rory after we were doing trick or treating...and I think Rory liked to play with her too!  Mike and I sure enjoyed getting to chit chat and catch up with Robyn and Joe while the kiddos played. 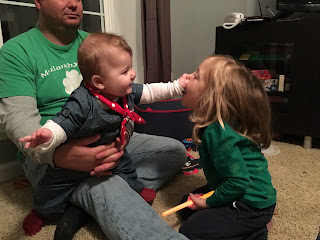 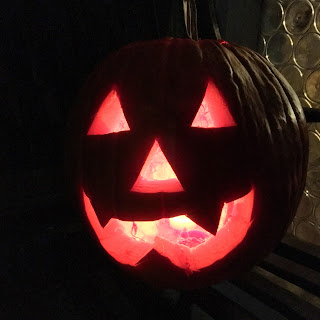 All in all we had a fantastic Halloween and love that we are keeping the traditions alive with our good buddies the Rosenbergers!  I cannot wait tosee what 2016 entails!  Stay tuned :)