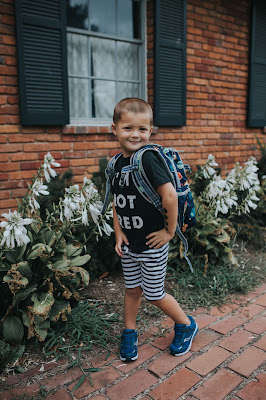 I swear I JUST wrote about Patrick's last day of school and BOOM.  Today marks his very first day of 4s preschool -- his last year of preschool (or officially pre-K) before he starts kindergarten next year!  Where or where is the time going?! 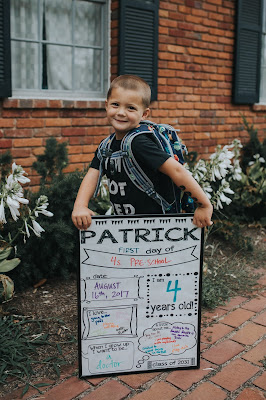 In keeping with tradition we updated his stats board the other night and snapped some first day of school pictures before I took him to his first day at his new school -- he's still in the same program he was last year just as a different campus (so Rosie and he could go to the same school).  He was SO EXCITED for school to start (and for his new outer space backpack!) it was literally the cutest thing ever. 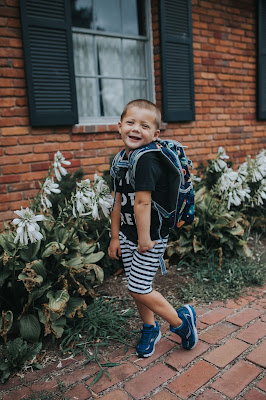 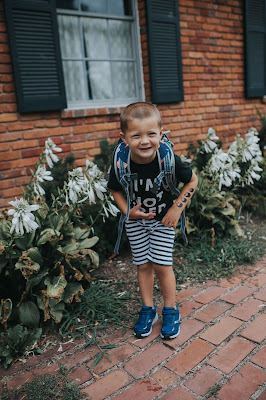 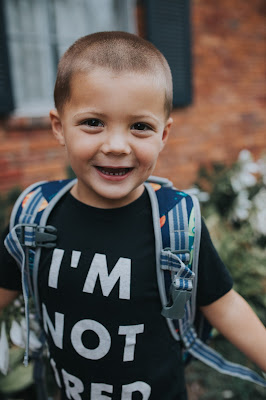 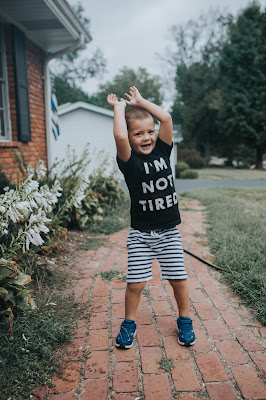 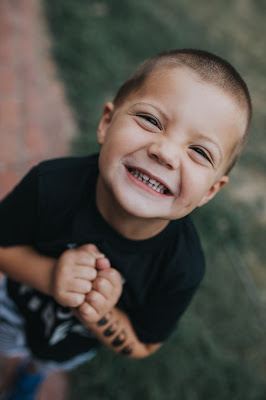 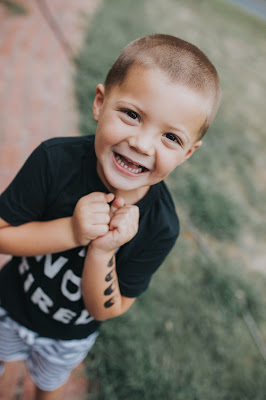 Last year he was so nervous for early drop-off but not this year...he couldn't have been any more excited!  My oh my how much can change in a year, huh?!!  Tomorrow will be Rosie's first day of school and thankfully they're both in early care so they'll be together for the first hour before they go off to their own classrooms...which will be nice cause I'm anticipating Rosie maybe being a bit clingy...

Anyways!  Back to Patrick!  He was so thrilled for his first day and SO talkative.  It was just the cutest thing.  I hugged him goodbye {at home} and headed off to my first day of school myself while Mike got to do drop-off with him. 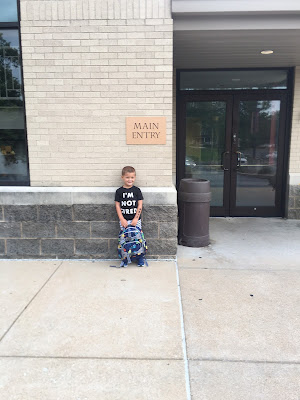 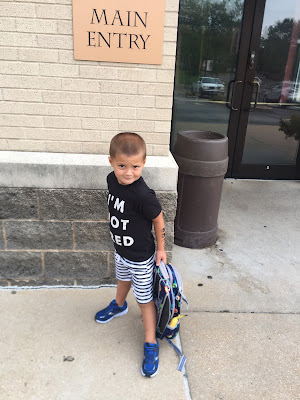 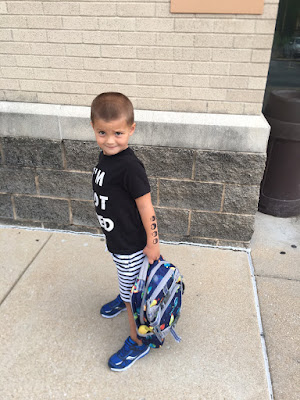 Mike said drop-off went awesome -- he was too excited to eat his breakfast and just wanted to play!  He was a bit concerned that he wasn't in "his classroom" but Mike explained that he stays in that classroom for 'early care' and then at 8:15 goes to his own classroom...once he figured that out (and realized 'oh yeah, did this last year at my old school') he was totally fine.  He was just so excited and didn't have any issues with Mike leaving!

I couldn't wait for 3:30 to come to pick him up!  I was hoping he'd tell me all about his day and not give me one-word answers.

It absolutely POURED when I went to pick him up...and unlike his school last year (which was just preschool) this year's campus is a preschool + K-8 school and OMG SO CROWDED at 3:15pm in the parking lot!  Not only did we get soaking wet it also took us 15 minutes to get out of our parking spot because it was so packed!  So mental note for pickup: park close to the exit and BACK my van in!  Noted for tomorrow...and the rest of the year.

Anyways, Patrick LOVED school and had a blast.  He said he didn't fall asleep during rest time (just "rested" he said) but had so much fun with his new friends and playing and learning with them.  He was sparse on new friends' names and exactly what he did, but I know he had a blast and couldn't stop telling Rosie how much fun she was going to have tomorrow and how much he liked his new school...so yeah, I'd say he had a good first day.

I couldn't resist sharing a comparison pic from his first day of 3s last year to his first day of 4s preschool this year!  My oh my oh he's grown!  Less baby face and more boy!  He's growing so fast! 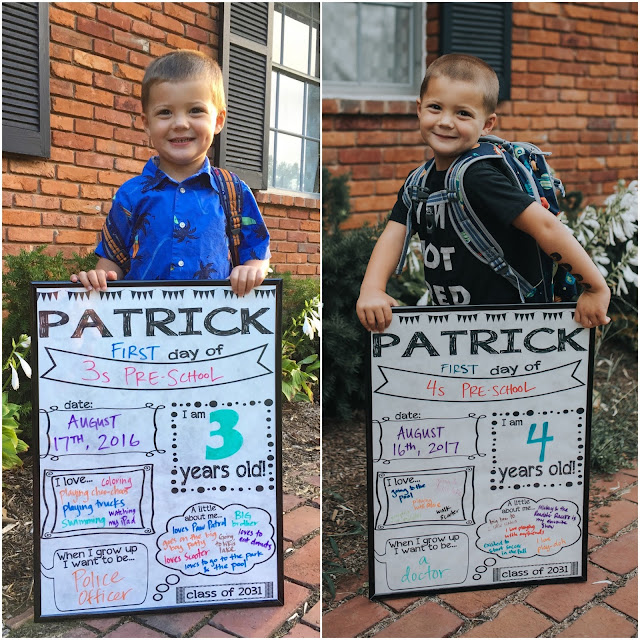 All in all he had a wonderful first day of school and is SO EXCITED to go back tomorrow with Rosie on her first official day!  Ahhh, what a wonderful school year this is going to be for him, I just know it!