Last night the kiddos were playing outside with the neighbors and driving the Power Wheels all over the cul-de-sac (which, side note, why don't we do this more often!??!?!) and I snapped this gem: 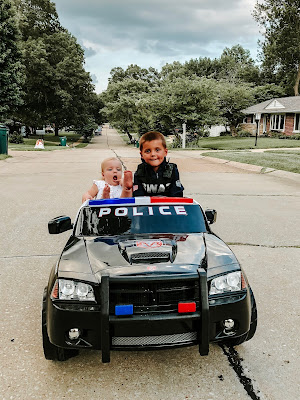 Maybe one of my most favorite pics of Patrick and Annie!  I love her little toes in the air and I love him chauffeuring her around like nobody's business.  Patrick has been obsessively wearing, even in this 100+ degree heat, his police outfit and basically refuses to take it off.

Anyways, today Patrick, once again, put on his police outfit the second he got home from camp...and welp, we decided to seize the moment while the girls were snoozing! 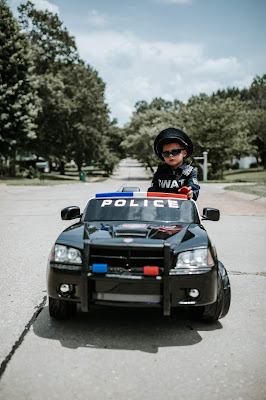 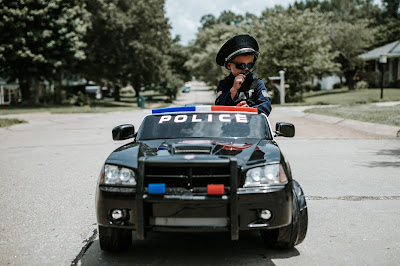 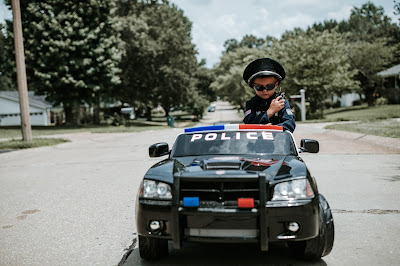 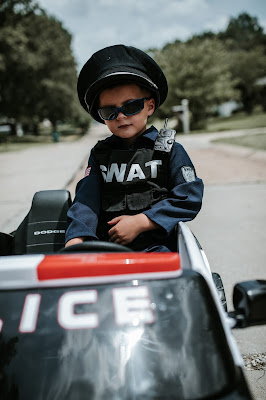 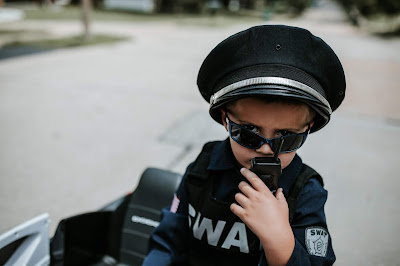 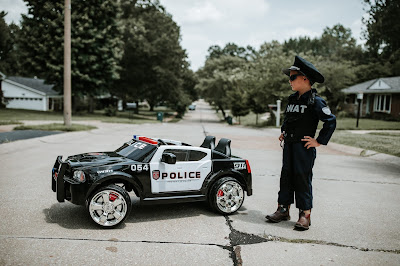 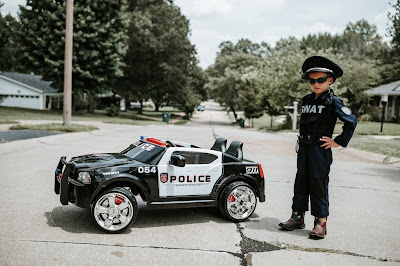 I'm dying over these.  First off, he's go that police look DOWN PAT.  Secondly, I don't know how he wasn't roasting in his outfit outside but he was NOT wanting to go in either!

We HAD to get some snaps of Patrick with his trusty side kick Scoots too...cause we all know Scoots wants to be a police canine SO BAD. 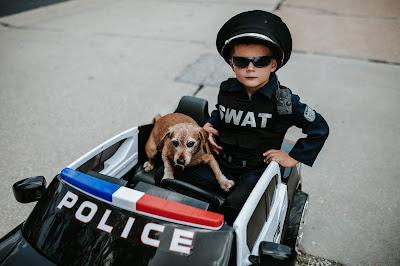 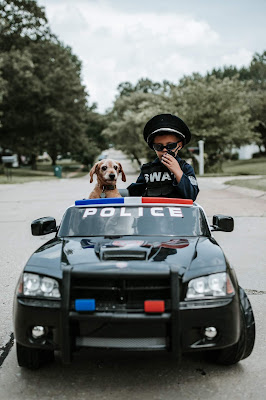 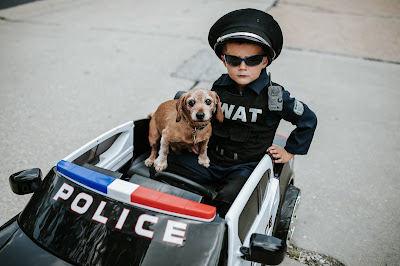 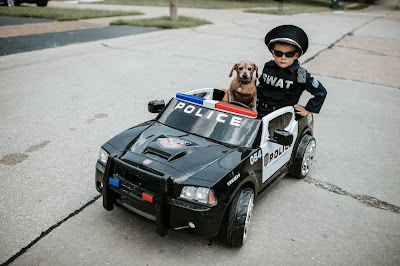 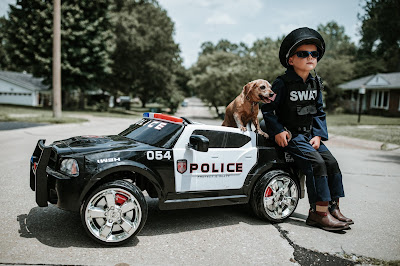 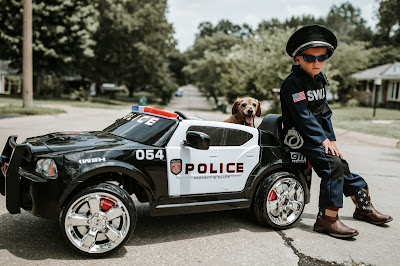 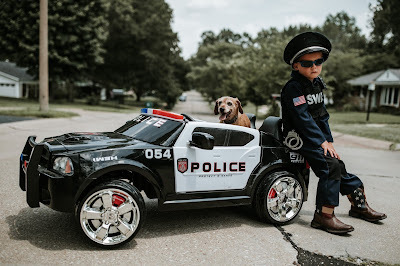 Anyways, just had to share this little impromptu police photoshoot with you all!  Hope you're staying cool and out of trouble! HAHA!
Email Post
Labels: Annie Patrick police police car police officer