Even though school has officially started, we are savoring (literally!!) each and every second of summer we can!

Tonight after dinner we decided to have some watermelon outside while the kids played before baths and bedtime and it was just absolutely the most perfect summer night! 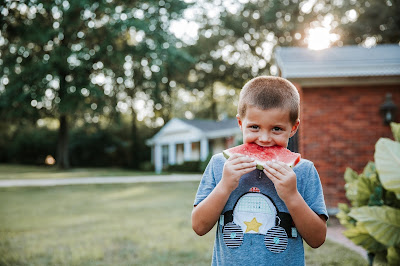 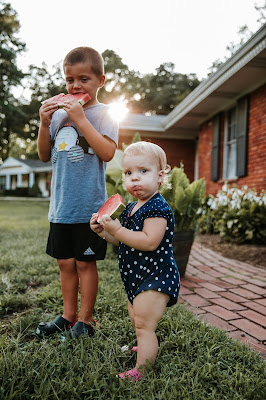 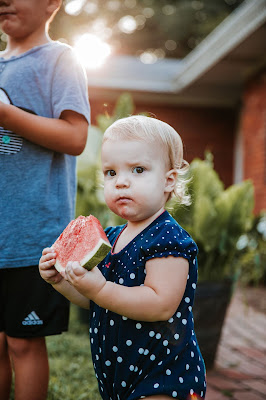 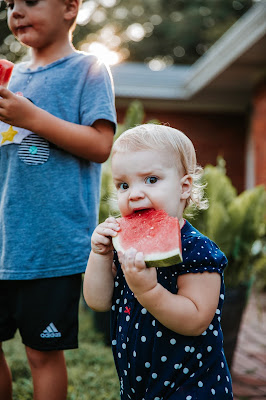 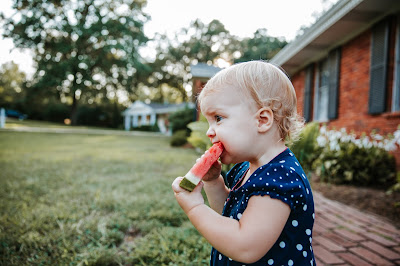 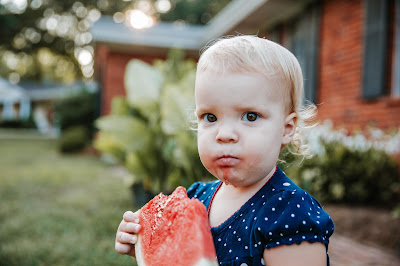 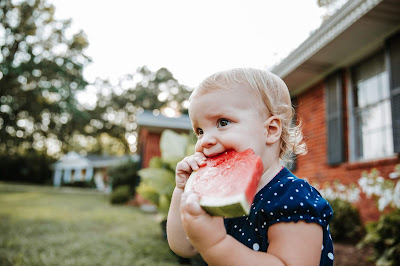 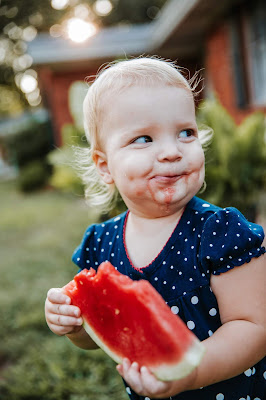 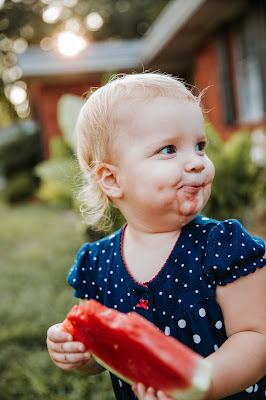 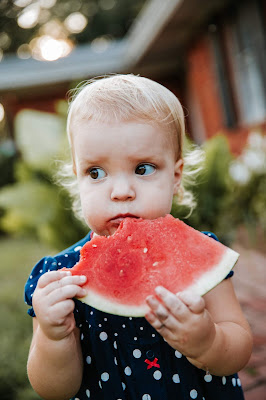 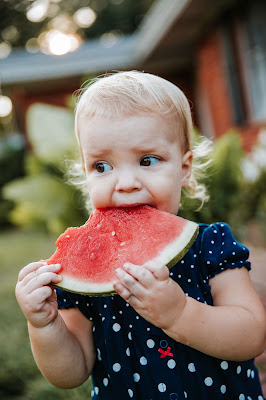 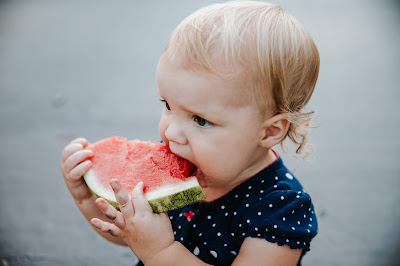 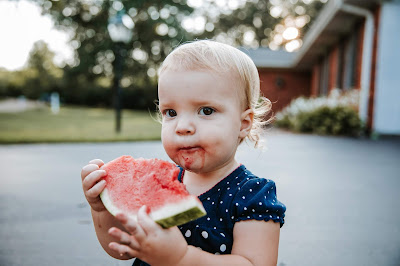 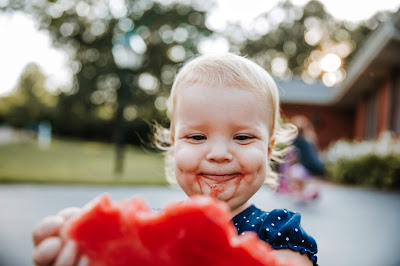 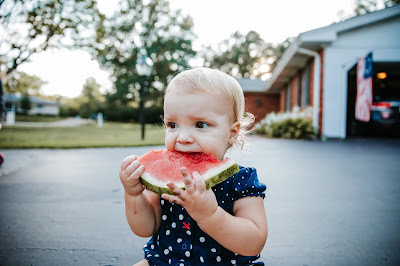 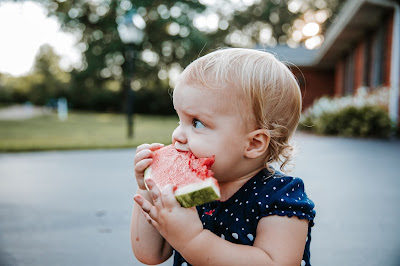 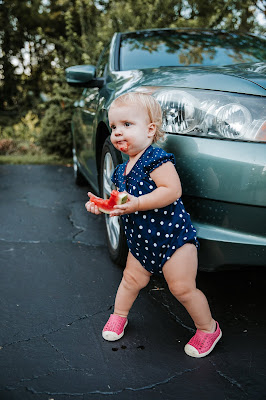 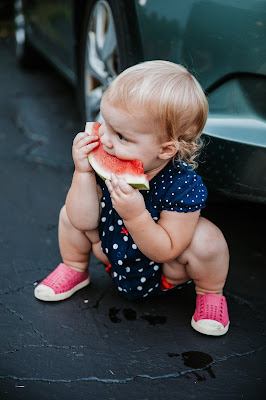 Patrick and Annie were alllllll about the watermelon life tonight but Rosie was having no part in it sooooo only some adorable watermelon chowing-down pics from the {current!} biggest and littlest.  And great decision eating this sticky wet mess outside cause OMG these kids were soooooo covered by the time they were done with their slices! 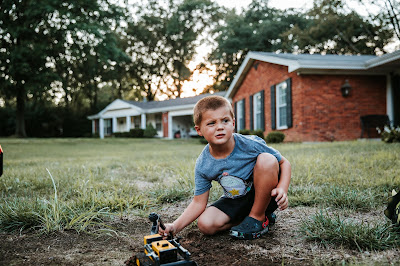 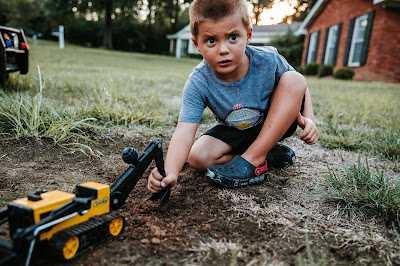 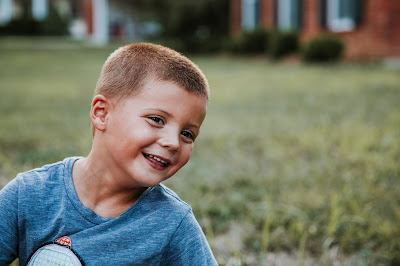 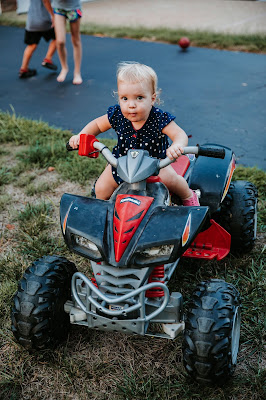 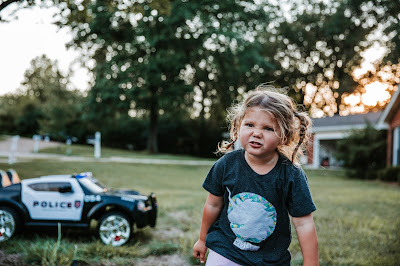 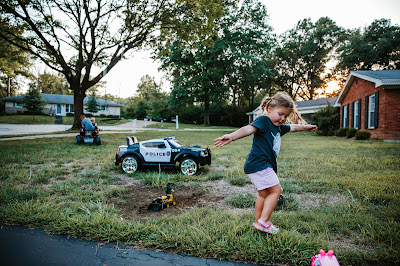 We then had some more playtime (gosh these kids love playing in the dirt and mud! HAHA!) before it was time to go in for baths and bed.

Golly I love these summer nights SO MUCH...and I don't want them to end!  We're trying to savor these as much as possible until the chaos of the school year really revves up and the weather turns chillier...which then we'll welcome fall nights with open arms! HAHA!