It is no secret that I LOVE snow days.  I get so crazily excited at even the possibility of accumulating precipitation that I start stalking the radar, weather stations, and news channels to make my own predictions about how much we'll get and if it'll be enough to get us off of school.  Heck, even some of my coworkers call me "radar."  Yup.  I love me some weather.  (side note: I have about 10 weather apps on my phone too.  You can never trust one source--one must always get a second (or third, or tenth) opinion.

It started snowing yesterday afternoon--about an hour before we were suppose to get out of school.  I was bummed that we didn't get out early, but I was getting excited that it may snow enough (and long enough) that we'd be off school.  Well, by the time I went to bed, it had tapered off.  Poop.  A bunch of schools were already called off, but we weren't.  We are usually one of THE LAST public schools in St. Louis city/county to be called off.  So it's gotta be a good snow/accumulation for us to get a snow day.  However, right before I went to bed I noticed on the radar and hourly predictions that there was another band of snow coming in around 3am that could give us another inch or two. YESSSS. That should do it. 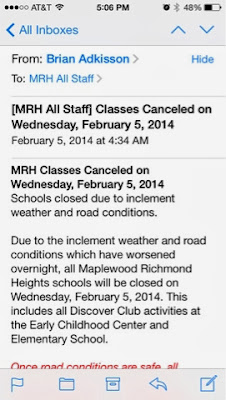 YESSSSS!  So exciting!  I get a snow day--NO SCHOOL--and I get an entire day to play with my little guy.  Double bonus!  I was so excited.

I started the day bugging Mike (who had to work) to take a picture of himself in front of his police car so I could do this to the picture: 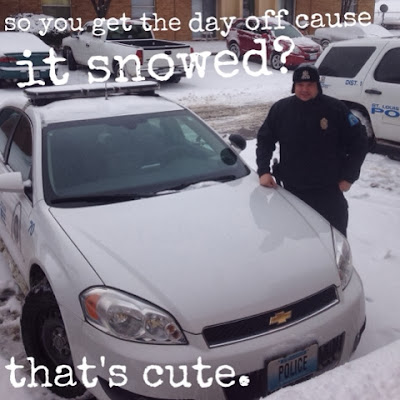 I got a lot of chuckles out of it from the people I sent it to and when I posted it on Facebook.  Nice.

Then Scooter was yearning for some Beggin' Strips, so since I'm his ruthless manager, I made him work for his treats.  He had to pose in the snow with some Beggin' before he got to eat any.  @Beggin really enjoyed his snow day post too. 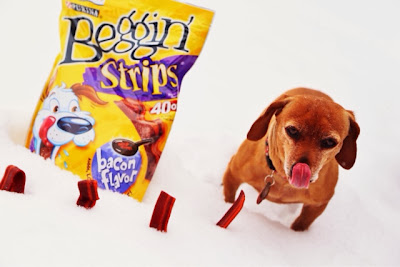 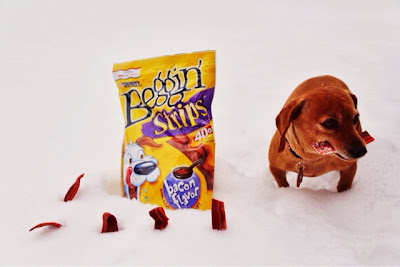 I snapped a couple of Patrick and Scooter pics as well, and then my mother and father-in-law came over for lunch (they brought Lion's Choice--the BEST). 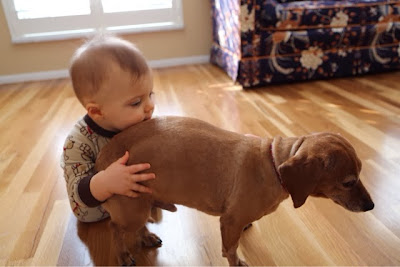 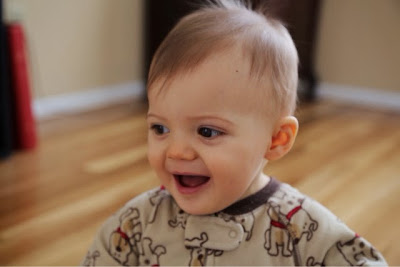 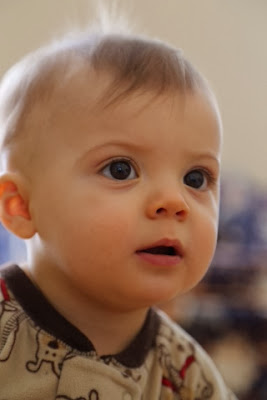 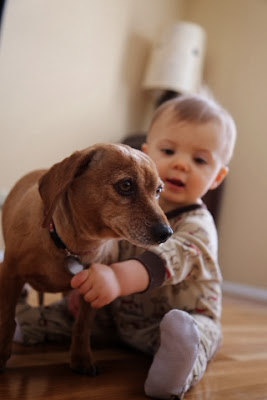 It actually worked out perfectly--I got an email about taking some 4-year pics for my friend Kristy's son Beau, so just as it was about nap time for Patrick I snuck out and snapped a ton of pics of her adorable little boy while Mike's parents stayed and watched Patrick.  Side note: it was freaking cold out!  That kid is a trooper for enduring outside pictures in 19-degree snowy weather!!

I made it back home just in time for Patrick to wake up from his nap--and for Mike to get home.  And we're having tacos for dinner--my fave.  I'd definitely say today was a win.

If you had a snow day where you are, I hope it was ah-mazing.  Mine ALWAYS are and I anxiously look forward to the next one!!
Email Post
Labels: Patrick police Scooter snow day