Happy Opening Day baseball fans!  Okay, so it's not technically "opening day" for all of baseball, but it was for our favorite team, the St. Louis Cardinals today.

The weather was poopy--I applaud anyone who braved the elements and went to the game!  Although the rain stopped by game time, it was still super chilly, wet, and windy.  I enjoyed watching the game from my climate-controlled living room :)  And, side note, I still have never recovered off of my "there will never be another game as good as Game 6" high, so as much as I loooooove going to Cardinals games, every one doesn't even come close to that one.

Anywho, the Cards opened their home season today with a win over the Reds.  Awesome.  It really is nuts here in STL for opening day--I'm all in support of making it a holiday and giving everyone the day off to watch the Birds!  The day started out really well: my favorite radio station, 92.3 WIL, posted a picture of Scooter with his Cardinals {beer} gear on their Facebook page--he got a lot of lovin' with that. 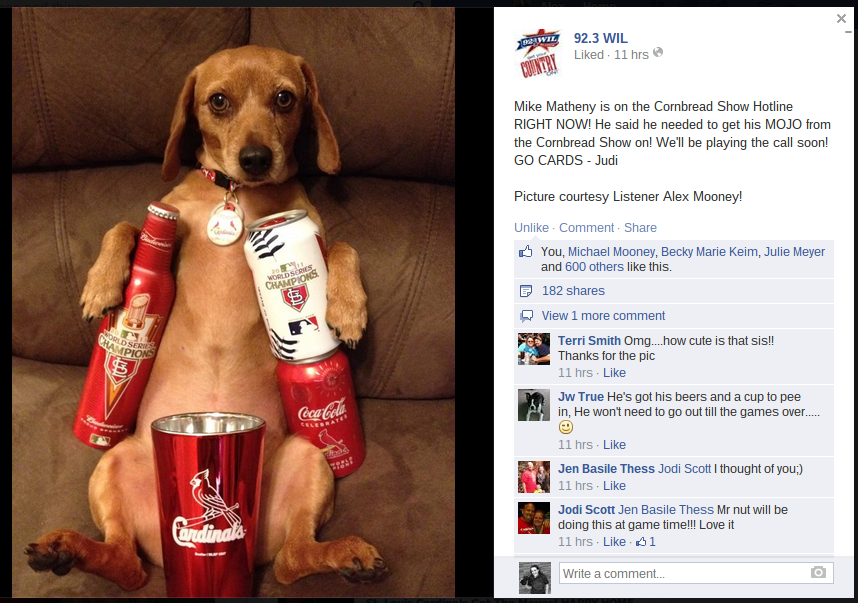 So the Cards won--yahoooooo!  So since I'm a single mama for the next 3 weeks, seeing as Mike is working evenings, I get creative when I'm the sole one in charge of entertaining the furry and less furry kids.  Tonight I decided in celebration of the Cardinals win today I'd do a little photoshoot (okay, really I just wanted one picture) with Patrick and Scooter in their Cardinals attire in front of a "Go Cards!" writing on the chalkboard wall.  OHHHH EMMMM GEEEEE.  Seriously.  I've said it before and I'm gonna say it again: taking these boys pictures, and taking them together! is getting to be nearly impossible.  This little picture, game-faced, bat-chewing and all, took me FORTY-FIVE MINUTES to get.  I am not kidding. 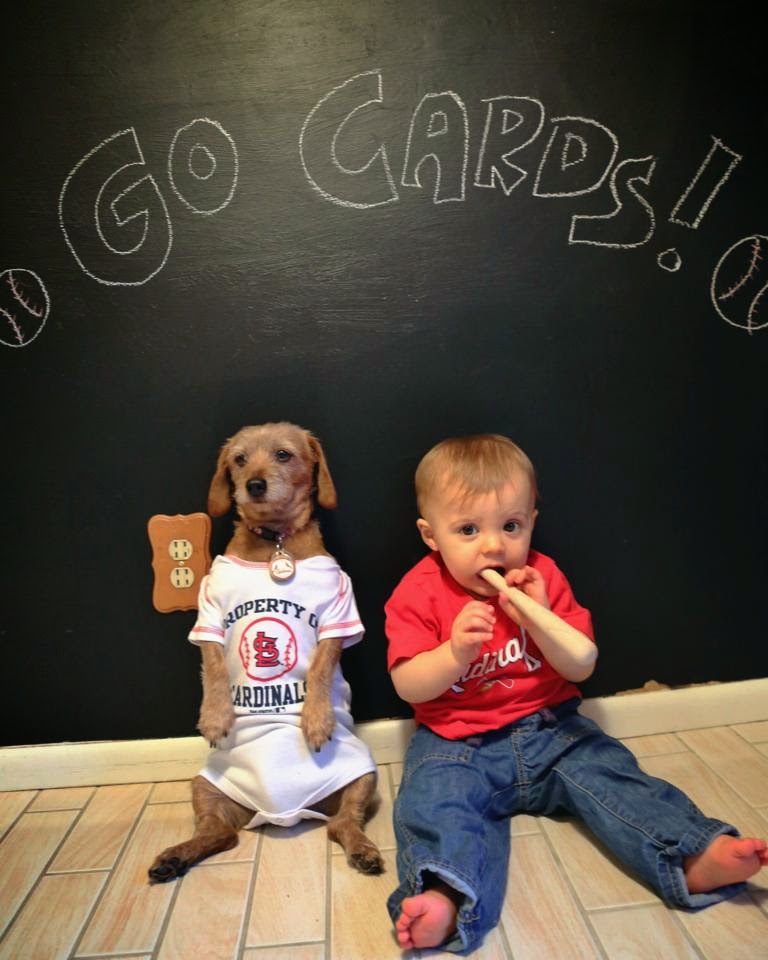 When I'd get Patrick sitting up AND NOT MOVING, Scooter would tip over.  When Scooter would be sitting up Patrick would A. push him over B. grab the bat and whack Scooter, causing him to fall over C. crawl towards the dog food dishes.  I about gave up.  But, alas, I am a determined woman and mama, so I pushed on through--cause, dang nabit, I was going to get this picture.  Yes, not the greatest picture: Scooter looks peeved off (as usual), Patrick is chewin' on a bat, the lighting is wonky (that's what I get for trying to do this after the sun has set--I hate you fake lighting!!!), I was too lazy to photoshop out the lovely wooden outlet next to Scooter...but hey, this pic totally represents them entirely, so I went with it.  And yes, I have outlet covers for that outlet.  Our table is usually pushed up against it so it's hidden anyways, but literally after I snapped the few pictures I took and got a text from my mom saying I needed to put outlet covers on, I went and put them on.  See?  Happy??  Maybe this will help my mom-of-the-year contention. 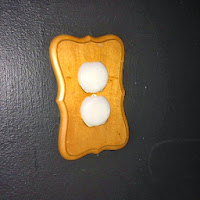 So here are a few more from our LONG yet not too terribly productive photo shoot.  Honestly, I love taking pictures, and love that I have 2 subjects at my disposal seemingly anytime I want, but shoot, it is so.darn.hard. to get a good picture when you're trying to be mom, entertainer, and the photographer.  Boy, do I wish their dad was home.  Ahhhh, the perks of being a cop's wife. 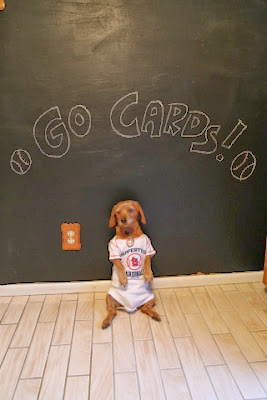 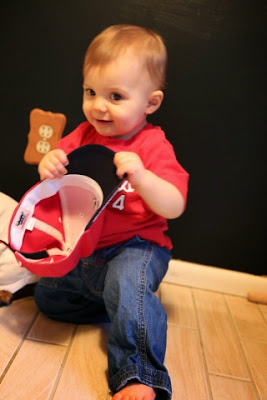 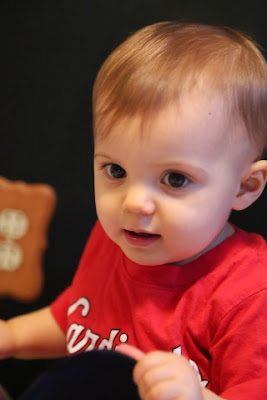 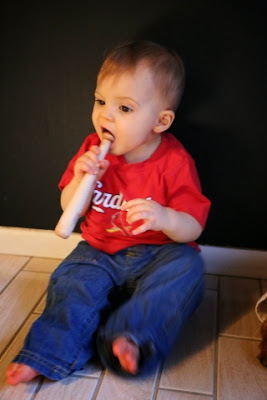 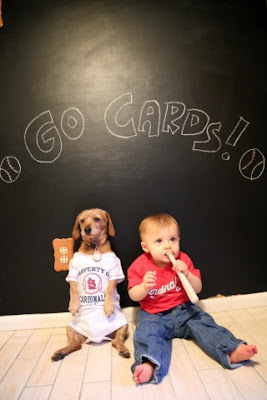