The Terrys Came to Town!

Our buddies the Terrys were in town this past weekend and we had oh-so-much-fun with them!  Tiff has already beaten me to the blogging punch, detailing their visit on her blog!  So, if you've read her post, so sorry, you're gonna have a bit of regurgitation in this one.

Anyhoo, summer of 2014 Patrick and I went up to visit the Terrys in Michigan and we had a blast!  Patrick is about 6 weeks older than Huck, so the last time they saw each other in person Huck was about 13 months old and Patrick was 14.  It was so much fun!  However, their little sisters hadn't been hatched yet, so this past weekend it was fun to get the crazy 2.5 year old boys together with their sisters!  Eloise is about 5 weeks older than Rosie, but it was so fun having both our boys and girls together to play. 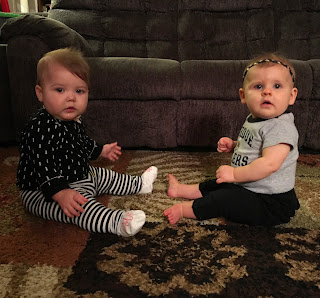 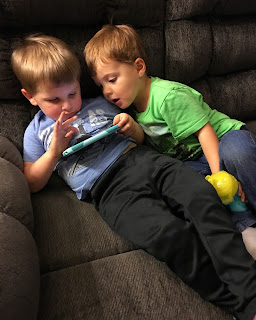 The Terrys got in Friday afternoon, and once my burritos got up from their siestas, it was play time for the boys!  Huck and Patrick were like old friends, and they were running around like crazy kids as soon as they saw each other!  Their energy was infectious, and I think the girls even had a good time watching their big brothers run in circles around them!  Haha!

Once Mike got home from work we headed to my fave restaurant in town, PJs.  It is oh-so-kid-friendly with their back "game" room that we were able to sit in and the boys had fun running around in there too and playing on the games.  After a quick dinner we headed back home and put the kiddos down to sleep and Tiff and I were able to catch up.  We talk (okay, text) allllll the time but it was so nice to be able to actually talk in person for once! 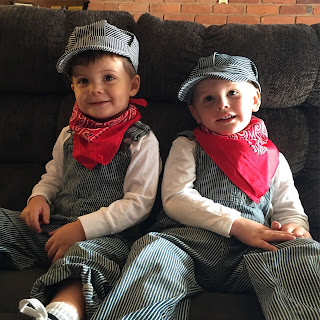 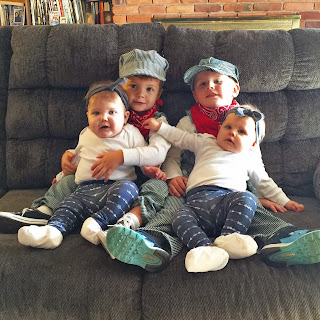 Saturday morning we got up and headed to the Museum of Transportation.  My dumb planning assumed the train would be running, but nope, since it was kinda chilly it wasn't operating.  Oops.  But I don't think our matching clan minded too much--they were so consumed with the tiny train display inside and the big choo choos outside. 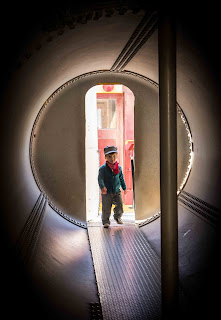 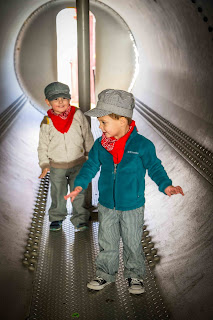 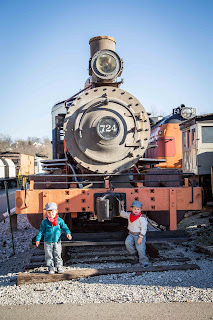 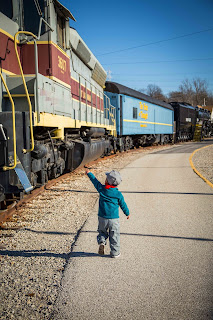 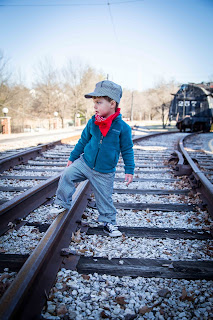 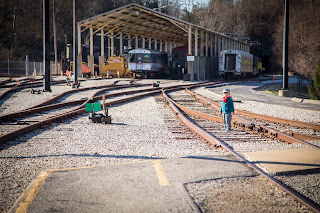 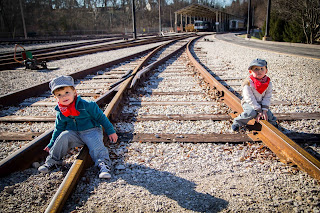 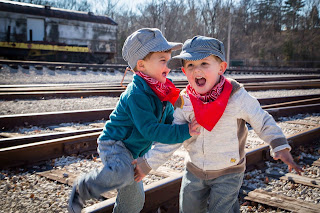 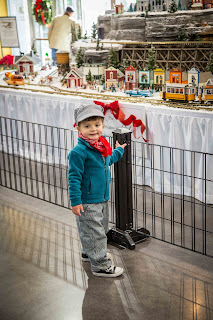 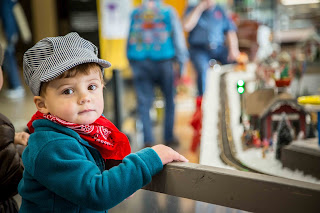 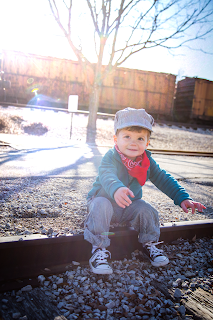 Our tiny conductors had a blast running in and out of the trains and through the tracks and doing everything but sitting still and letting their mamas snap a non-moving picture!  Haha!  But I think they were having a blast in train heaven--what they're both obsessed with. 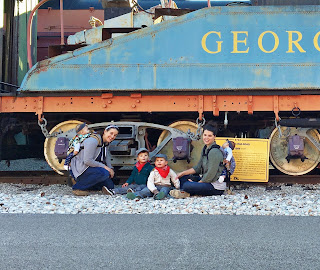 The best pic we could muster (thank you Apple Watch + iPhone timer) with all 6 of us!  Getting a pic of the group of us is harddddd. 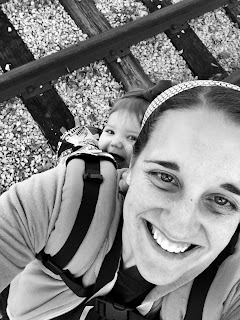 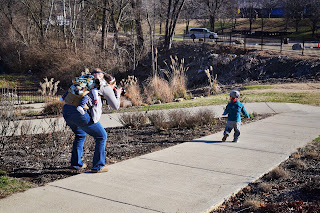 Ro Ro and I got to snap our first back-carry selfie, since she was digging riding on my back the first time (and I mastered getting her on my back on my own too for the first time. woot woot!).  Tiff snapped a lovely pic of me trying to capture my moving target Patrick darting away from me as well.  See?!  You can babywear and snap pics at the same time friends! :)
After introducing the Terrys to the wonderfulness which is Lion's Choice for lunch, the kiddos all went down for an afternoon siesta...well, everyone except Huck.  He was living la vida loca and didn't want to nap, so he hung out on the couch and watched the iPad while everyone else snoozed. 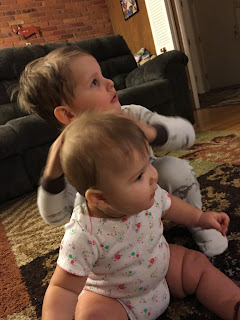 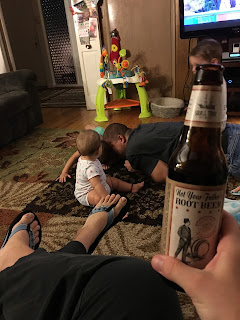 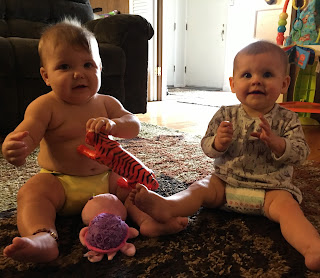 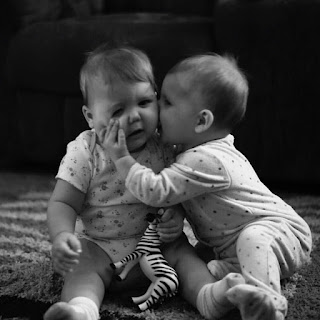 Mike made his delicious ribs for dinner, and the kids all enjoyed each other's company again--especially climbing all over Mike (while I sat back and enjoyed an adult root beer. hehehehe).  The kiddos, after wearing themselves thoroughly out, went down for bed and us parents hit the hay shortly afterwards too.

Sunday morning came and, after a rough night of sleep for the Terry clan, Tiff waved her white flag and they decided to cut their trip short and head home.  4 words: I don't blame her.  She was ooooooh so brave coming 8+ hours away from home solo with 2 kids under 3 (her hubby was suppose to come but had to work at the last minute so he stayed home) and I completely understand so much how important sleep is for your kiddos, especially away from home, and when they were having trouble with that (and she wasn't getting much herself!), I'd have done the same thing and decided to head back home.  Next time we get together, whether it be us visiting them or vice versa, we will definitely make sure another adult accompanies the other on the trip so it's easier to manage all of the minions.

Despite a short trip, it was so so so good getting to see the Terrys and having the kiddos play together!  Patrick has asked a hundred plus times since they left, "Where's Huck?!" and I think misses his little buddy oh-so-much.

Until we see our friends again, I'll cherish the time we got to spend with them, the memories made, and the pictures snapped! :)
Email Post
Labels: buddies college family family fun friends Patrick Rosie