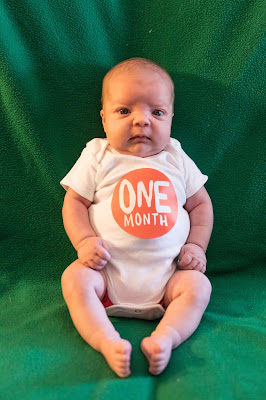 I seriously CANNOT believe it.  Annie is ONE MONTH OLD today.  It's the last day of the month which means girlfriend is a month older.  DANG.  That went incredibly fast.  TOO fast for my liking. 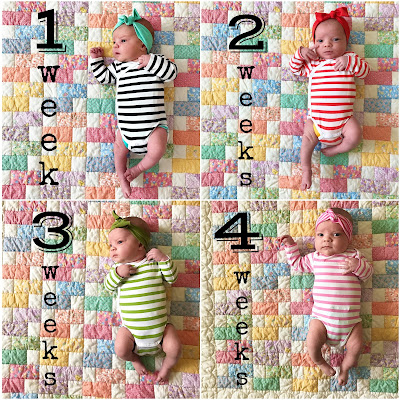 I'm really loving the background I chose for Annie's weekly pics -- especially that it's a blanket and I can take it with us in case we're not in town (ahem on vacay!) for her weekly picture.  So smart of me, huh?!! 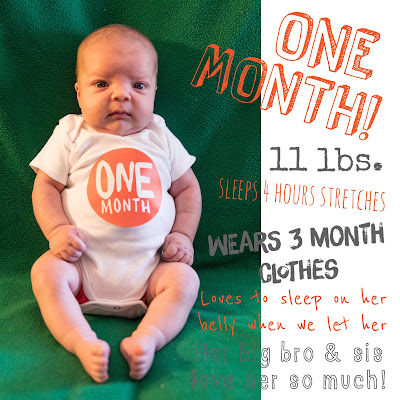 Later this week we have her one month checkup at the doc so all of those good stats and fun will be a'comin' at you later this week.  Until then, you're left with my lovely mom stats.

Ahhhh, now my favorite part -- comparison and progression pics!  You know I'm a sucker for these. 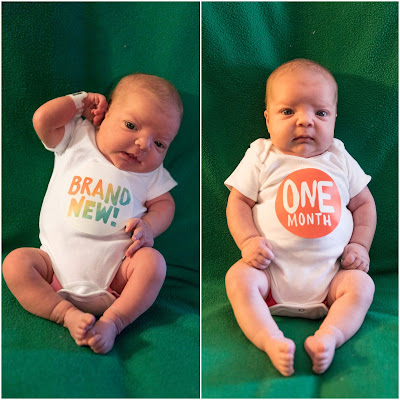 Here's just born Annie and Annie at one month old!  My oh my how she's grown already!

And lastly, I'll leave you with this gem of all three kids at one month old.  They all look so pissed off, don't they?!! Hehehe.  I still think Annie and Patrick look soooo much alike! 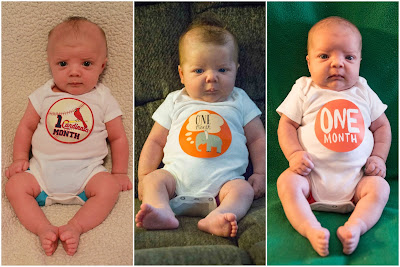 Until two months (which I'm sure will go as lightning fast as this one did), adios!