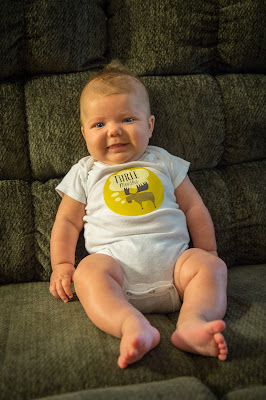 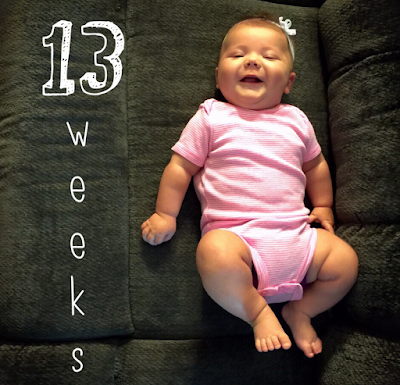 Rosie is THREE months (and 13 weeks!) old today!  My oh my how fast she is growing up!  We don't go back to the pediatrician until 4 months for her next well-check, so you get to live with just my mom stats and (over?) observations this month--get excited.  And I also had a really hard time picking her monthly pic...so here are the 2 close second and third place pics :) 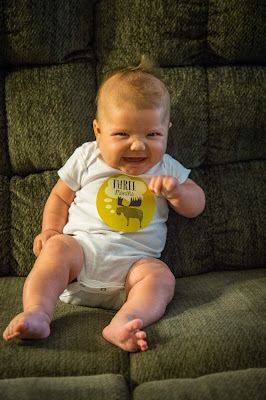 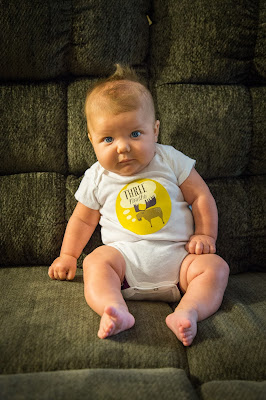 Here's a fun little collage of her weekly pics I've been snapping (#GrowRosieMGrow on Instagram) and posting every week.  I was telling my friend I love being able to see the subtle little changes each week and then the bigger changes with her in her monthly pics.  My buddy Lauren knows I am a sucker for comparison pics!  They are indeed my fave. 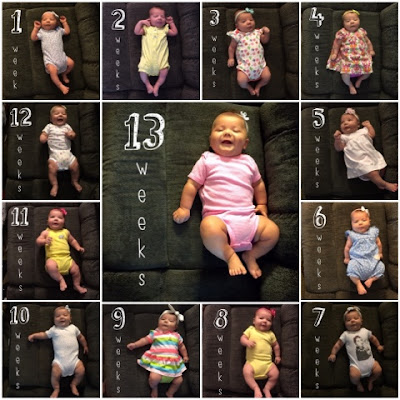 Here are some fun facts about miss Rosie at 3 months old.  I'm sure these little stats and tid bits are what you live for, right?!  Right.  I'm so sure.  Anyways, if for nothing else, it gives me some insight and info to look back on and compare future burritos to when they're this old. 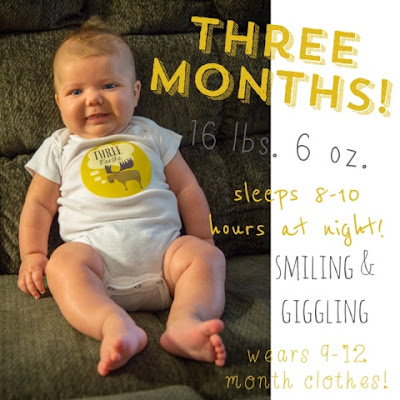 Here's Rosie from 0 to 3 months...my oh my how she's grown!  And doubled in weight!  GAHHH!  They're not suppose to do this until they're 6 months!! 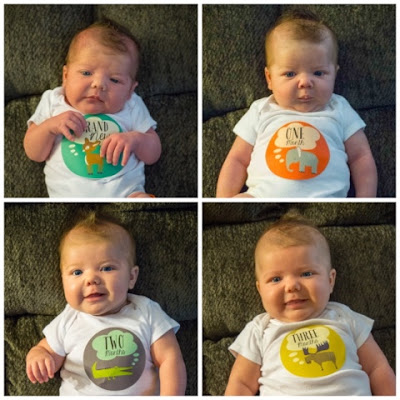 And here's a little treat: Patrick at 3 months and Rosie at 3 months.  Ahhh, bless these little babes of mine!  I'm biased, I know, but I have two adorable little minions, don't I?! 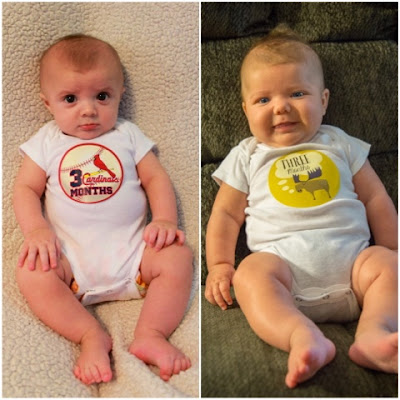