ONE YEAR OF BREASTFEEDING.

ONE YEAR OF PUMPING.

ONE YEAR OF EXCLUSIVE MAMA'S MILK FOR ROSIE.

ONE YEAR OF DONATING.

I hate braggy posts, but I felt like this is a pretty darn big milestone for me--one I did hit with Patrick since I stopped nursing at like 4 months with him and stopped pumping at 8 and just used frozen stuff until he was one--and I just wanted to document it.  So, braggy it may be, but I'm flippin' celebrating because we made it to a year! 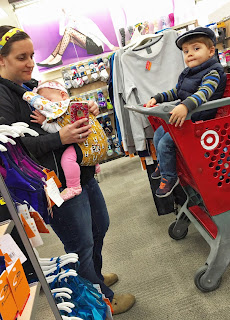 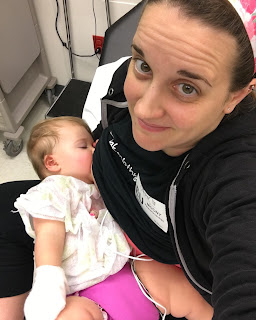 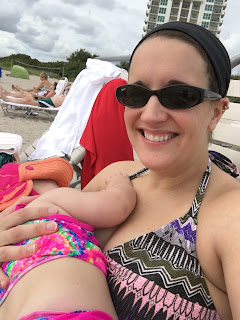 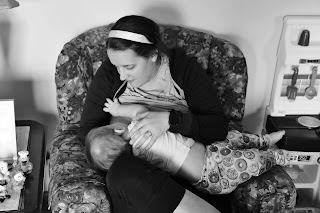 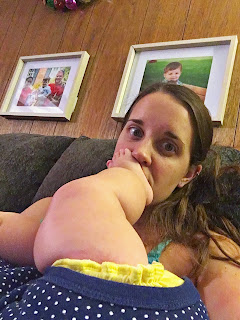 We've nursed on the go in the Tula, we've nursed in the hospital, we've nurse on the beach, we've nursed on someone else's couch, and we've practiced gymnurstics in many different positions.  She's seemingly nursed everywhere and in between, and I wouldn't have it any other way.  Our year's journey has been a memorable one with way more ups than downs, and one that is continuing to go on into year 2 of Rosie's life.  I'm actually excited to see where it takes us! 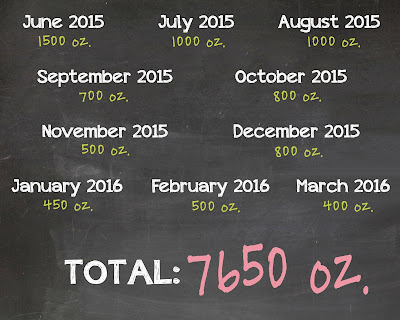 My goal was 10,000 ounces donated by Rosie's first birthday.  Unfortunately I fell about 2400 short, but hey, 7650 ounces ain't bad, right?!! That's almost 60 gallons of breastmilk donated!  I am actually still going -- since I'm still pumping, but my one year total for donation is at 7650 ounces.  I'm pretty proud of that number, especially since I only donated 1000 ounces with Patrick. 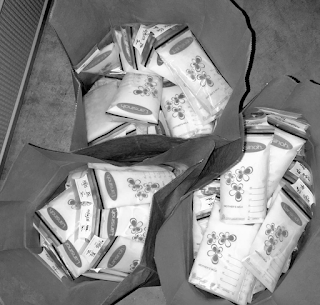 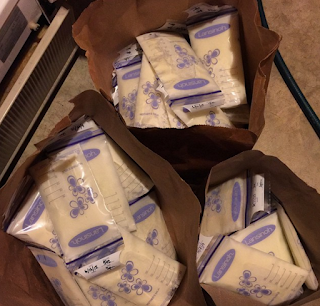 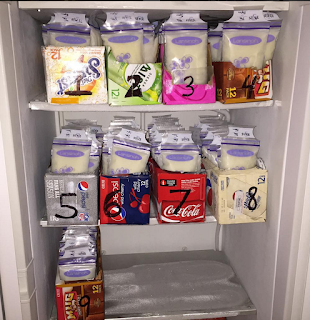 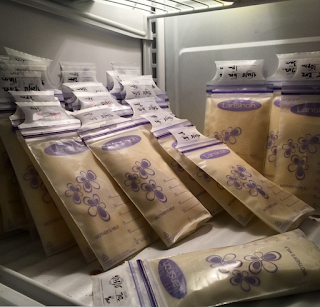 I feel so fortunate I've not only be able to feed my own kids, but also other kiddos as well!  And I've done so for longer than I honestly thought I'd ever go.  I always thought once I made it to the magical "one year" mark I'd be done, but alas, here I sit and here I am saying there's no end in sight!  Yes, I'd sure love to put the pump (and all the parts!  So many parts!) away, but I'm not there yet, and frankly I have no idea when I will be.  As much as I'd love my body back, I love it more that it's still nourishing my daughter -- and other babes -- and that alone keeps me pumpin'.

Regardless that I'm still going strong nursing and pumping, I am really proud that I made it to a year and all that I've accomplished in this regard the past year!  It's an accomplishment for sure, and one that I am very proud of and glad I was able to do!  I know breastfeeding and/or pumping isn't for everyone, and that's totally okay -- cause when it comes down to it, your kid needs to eat, period.  Where that food comes from -- yourself, someone else, formula -- it doesn't matter as long as they're eating!
Email Post
Labels: accomplished accomplishment bond breast milk breastfeeding extreme pumping grow growth happy Mama mama's milk milestone milestones one year proud pumping Rosie