Scooter at the Pool

First off, it's been over a week since I blogged.  THIS.IS.SHOCKING.  I've totally felt like I've let my blogging game down lately, and honestly, all of the excuses I can muster up are pathetic reasons as to why I've been MIA on the blog.  Anyways, my apologies.  I really, despite my week-in-between-blog-posts, am committing myself to the blog world.  I still have aching regret of my blog hiatus from 2012-2014, and not blogging Patrick's pregnancy or his first 9 months (spoiler: I'll probably NEVER get over that btw).  Anyways, so, apologies for the gap in between posts...I'm {hoping} to get better. 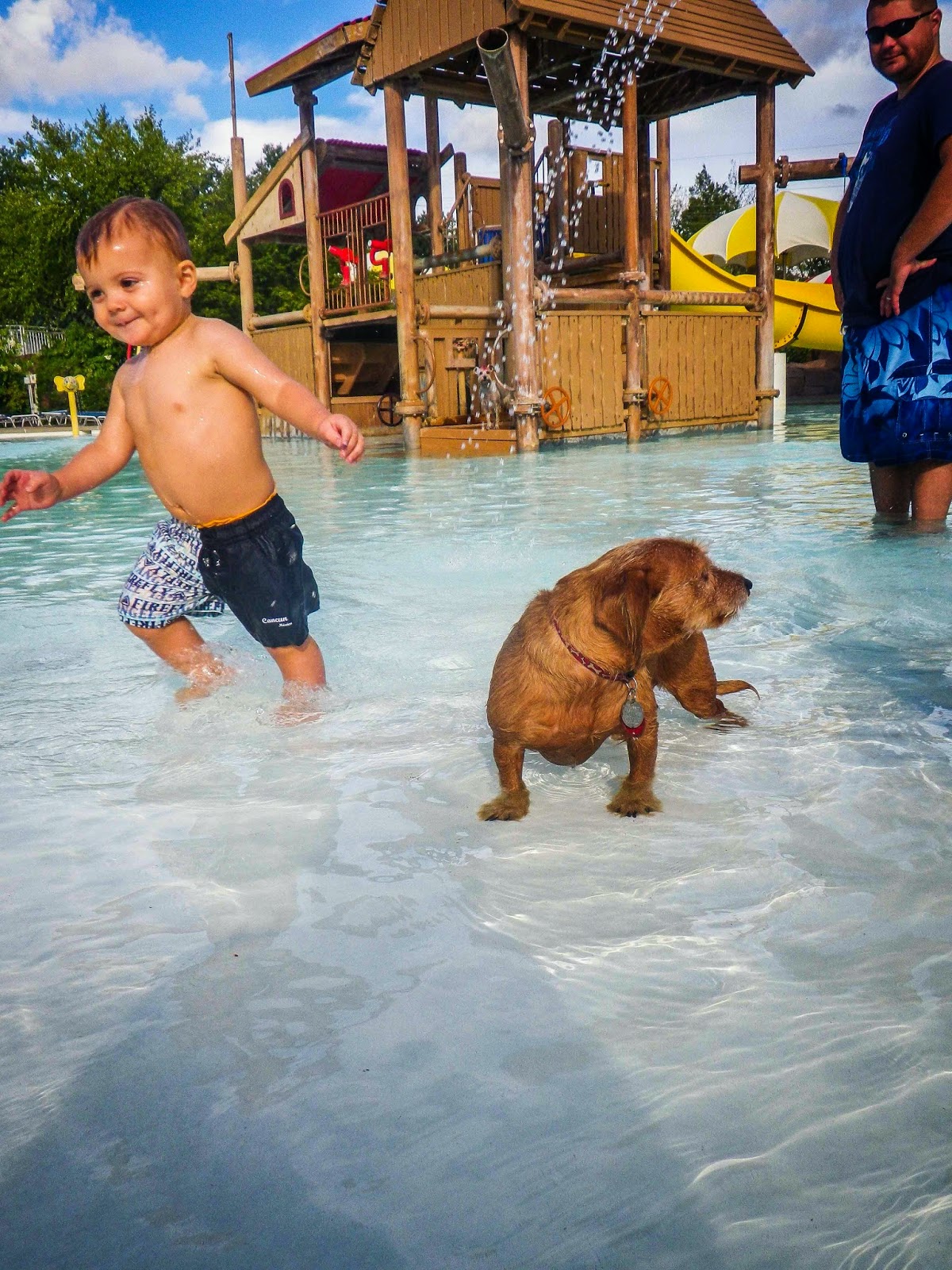 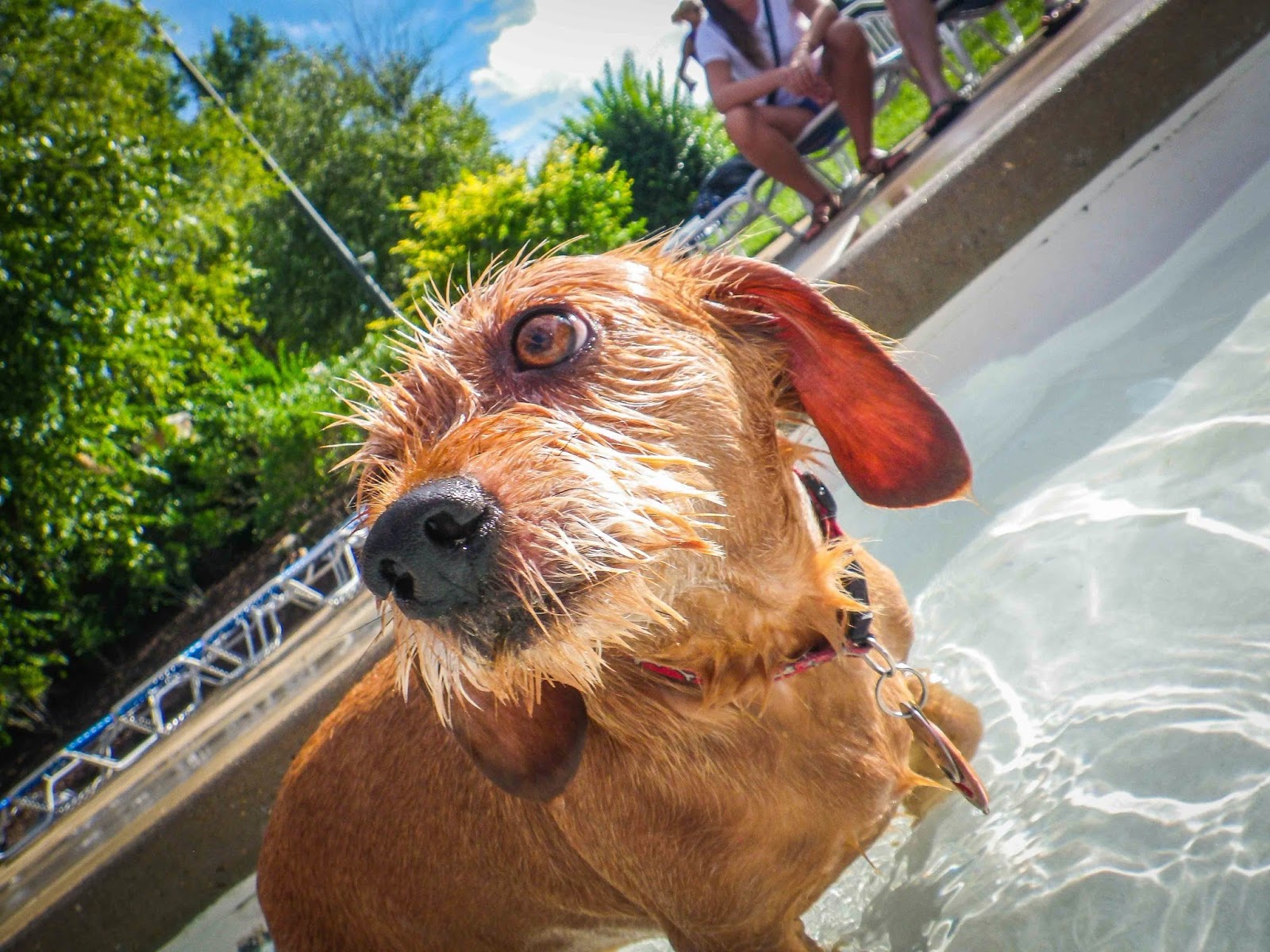 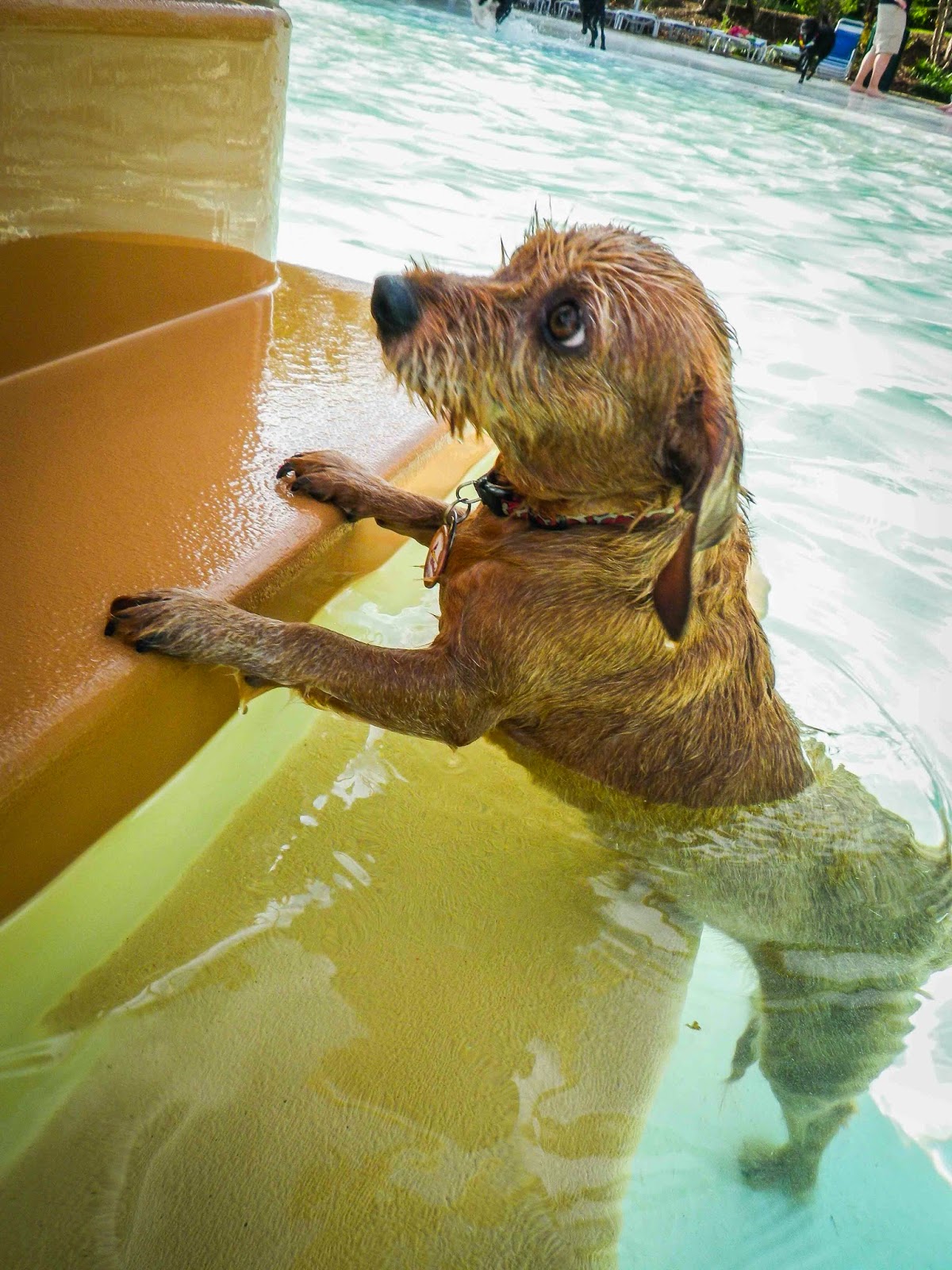 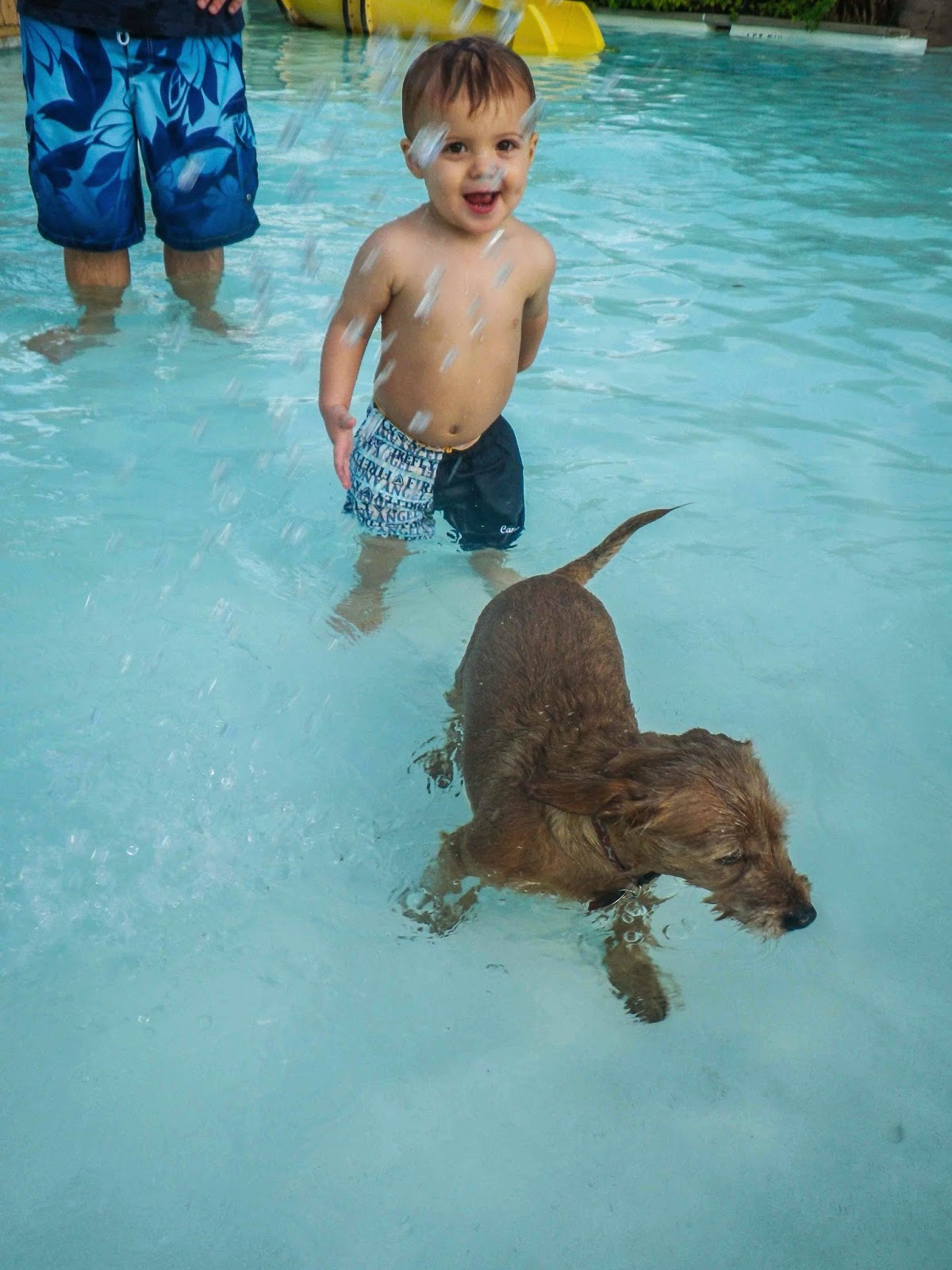 Anywho, yesterday we took Scooter and Patrick to the dog pool party at our local pool!  They always do this after the pool closes to the public: they open it up for an evening for the dogs in town to come swimming!  Since we didn't have our hoosier backyard pool this summer, Scooter didn't get a lot of water time, as he has had in the past summers.  So we were really looking forward to taking him swimming in the big pool to close out the summer! 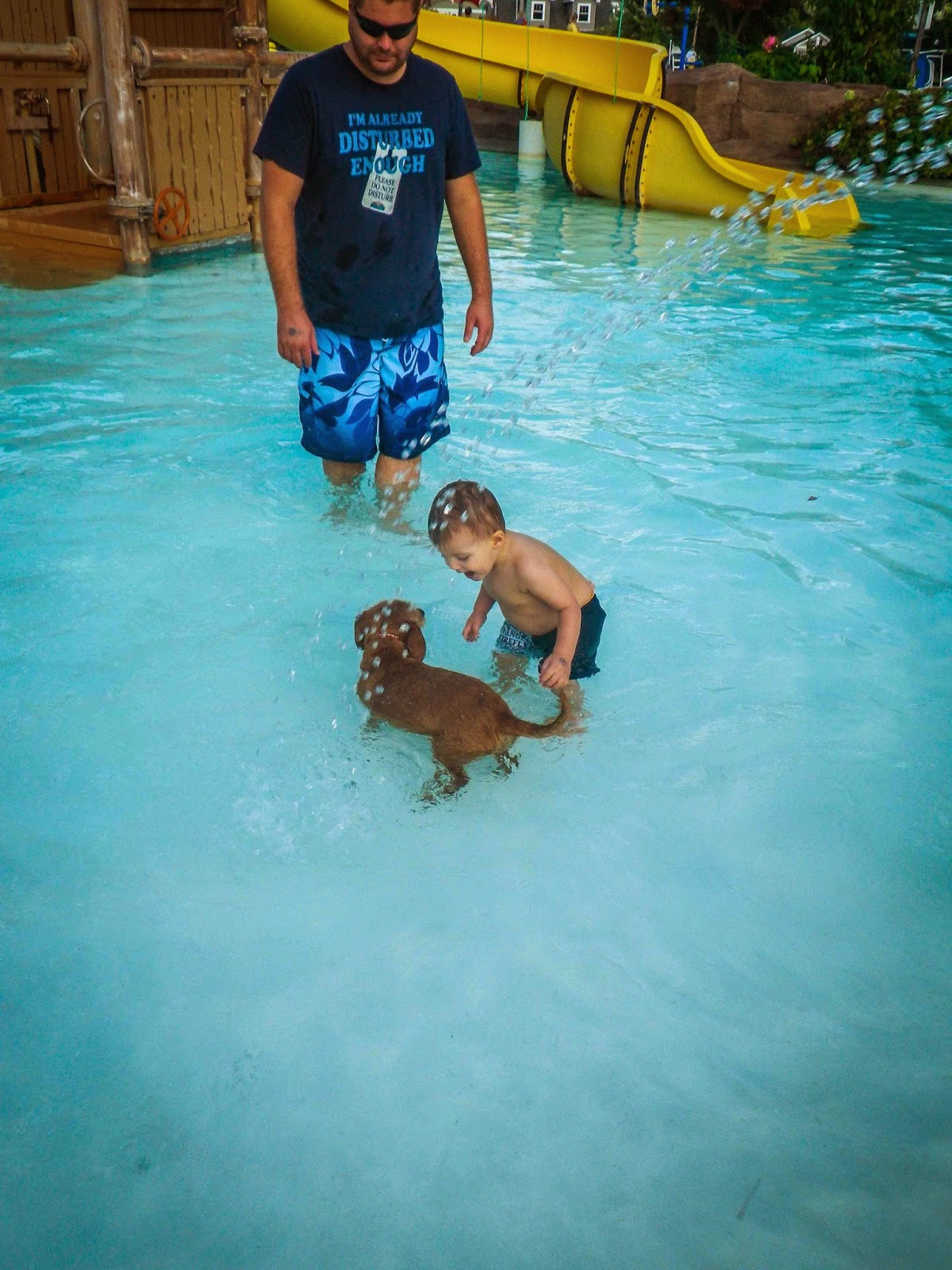 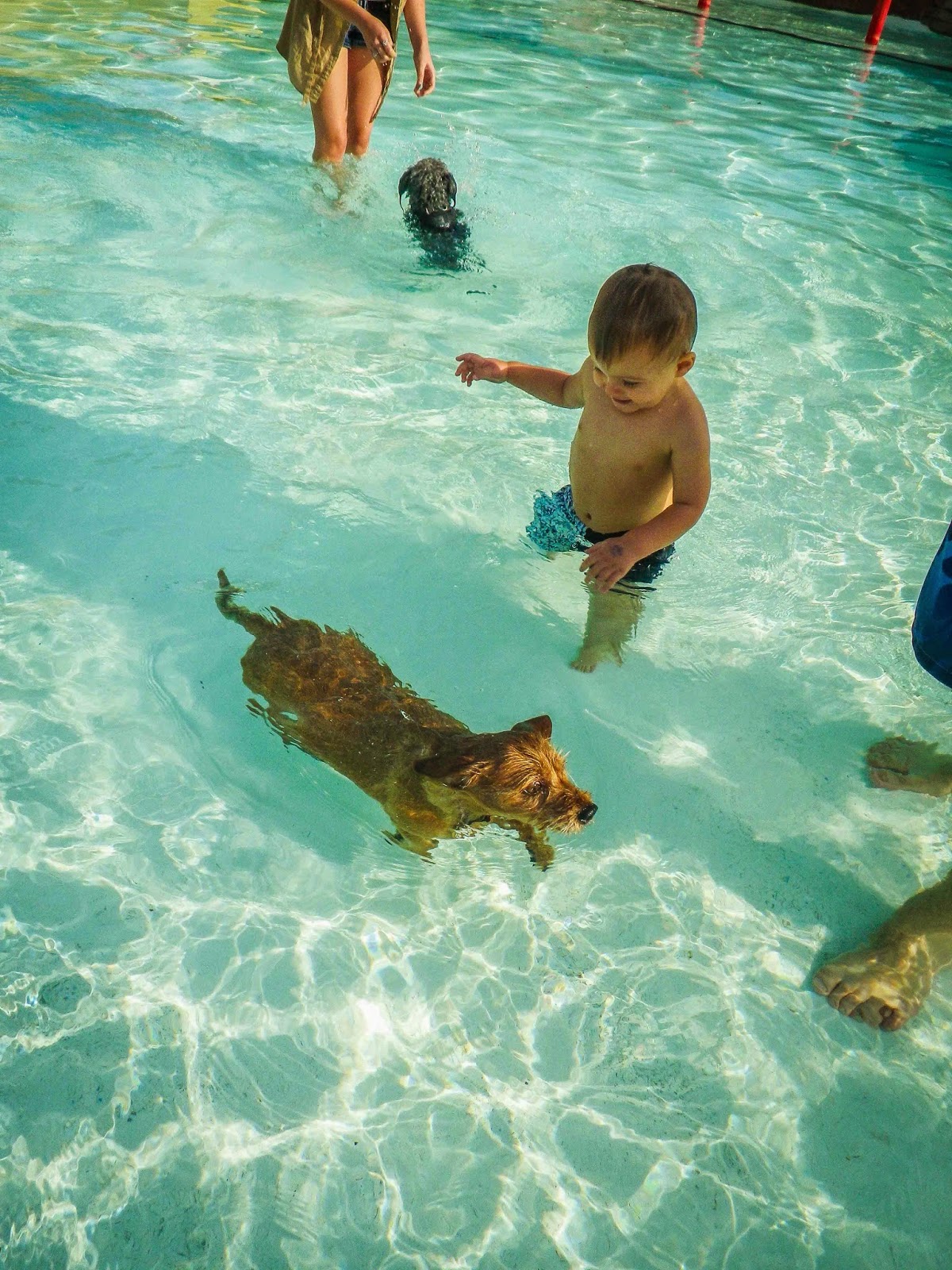 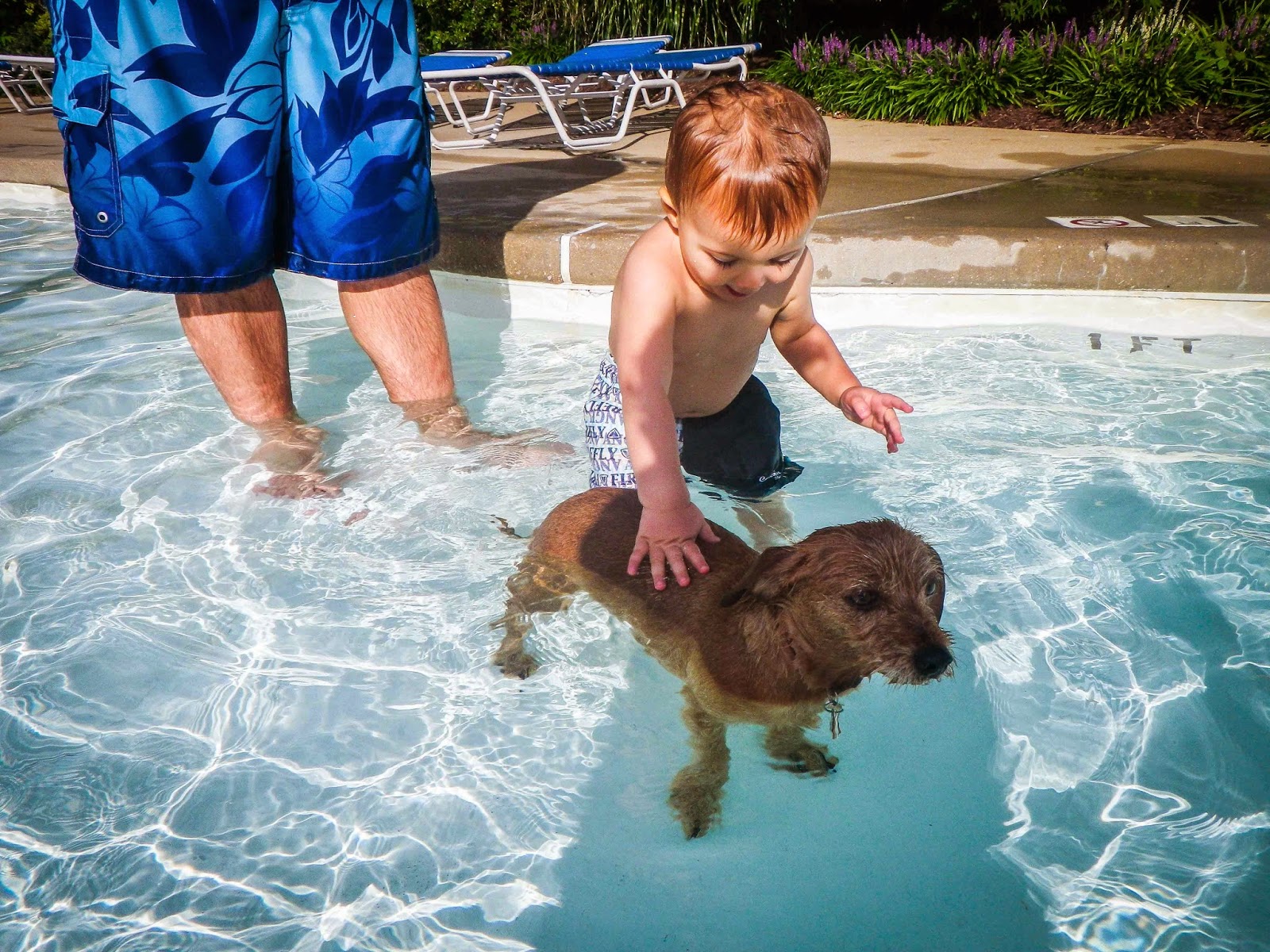 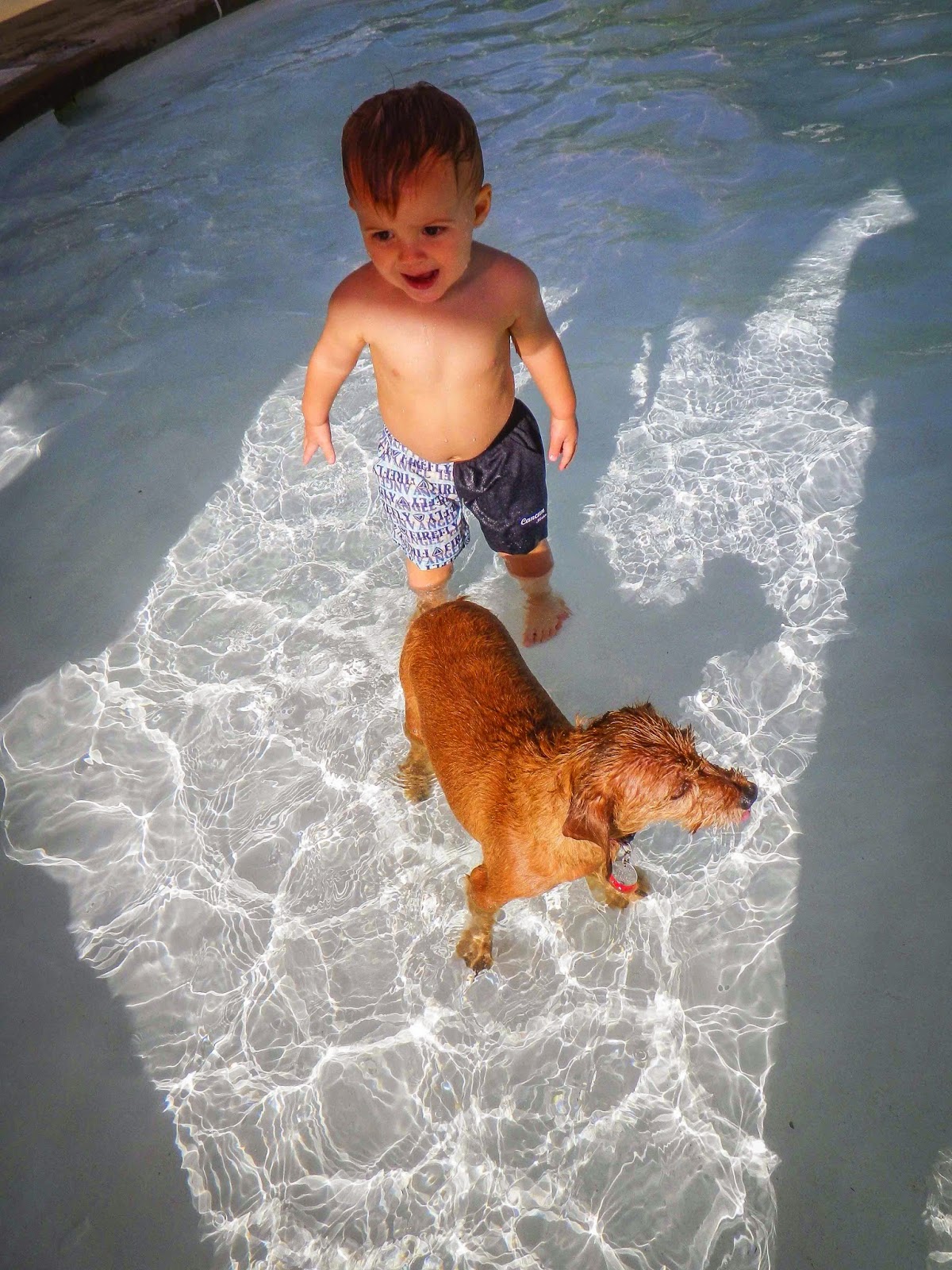 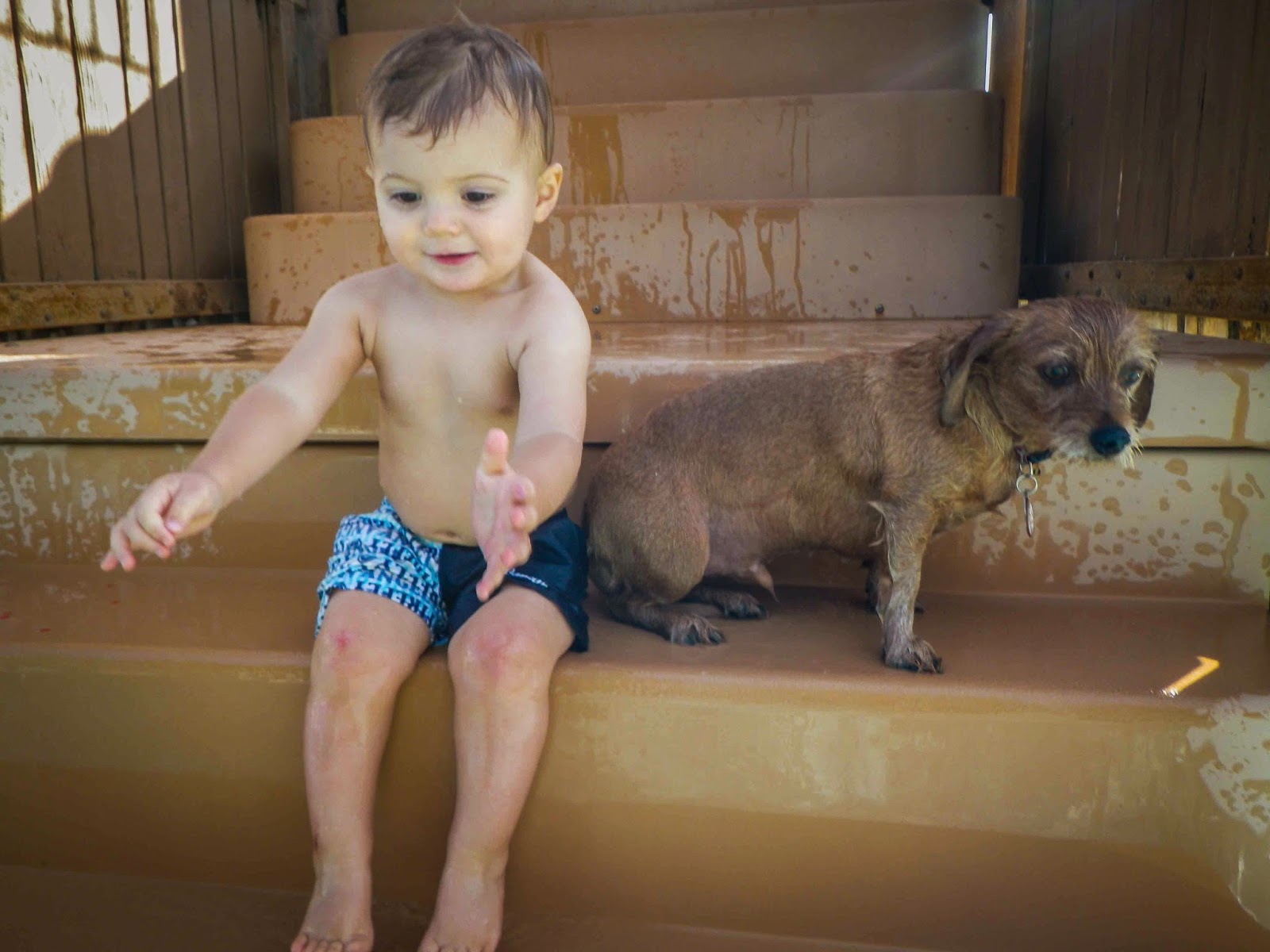 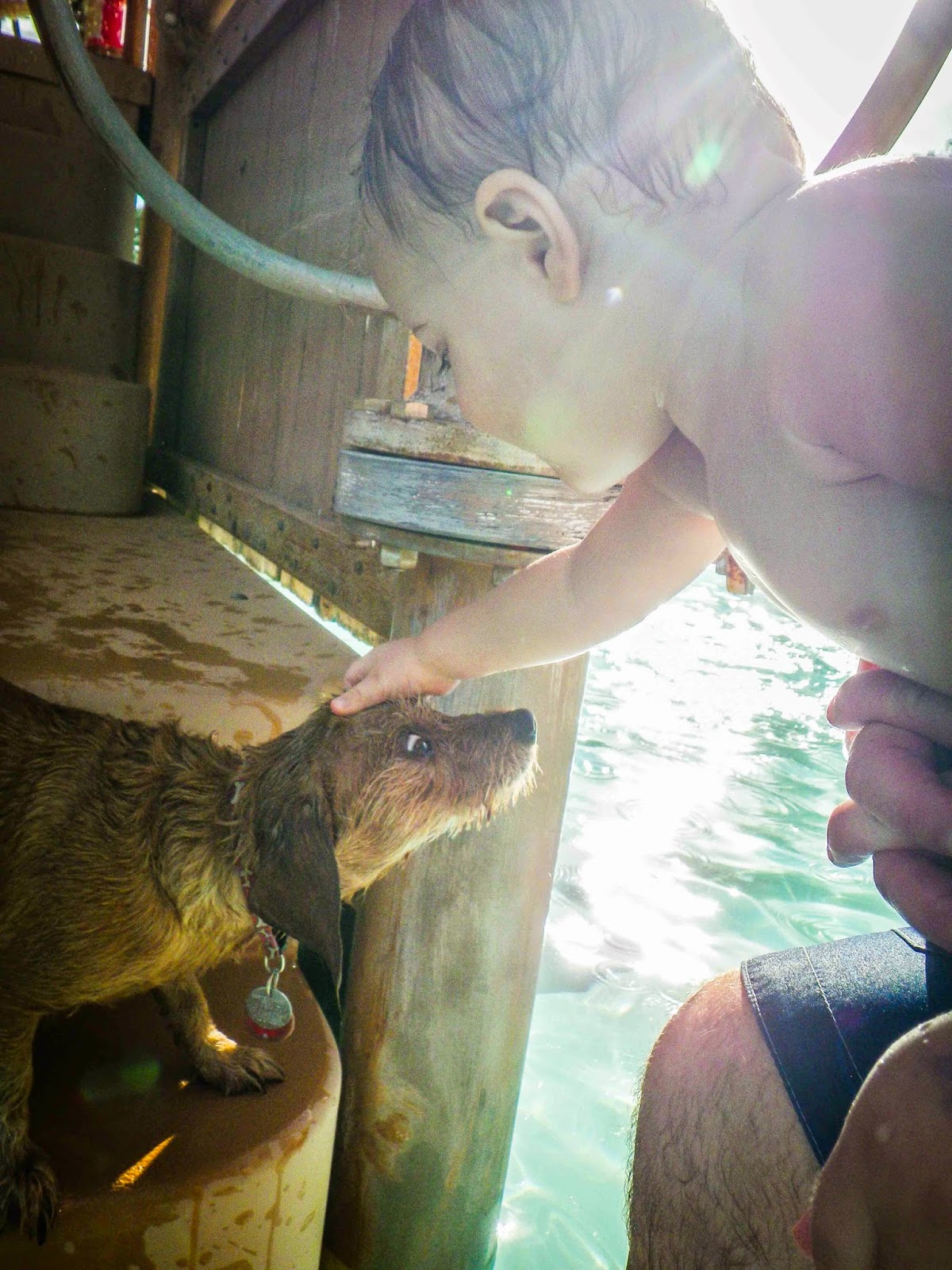 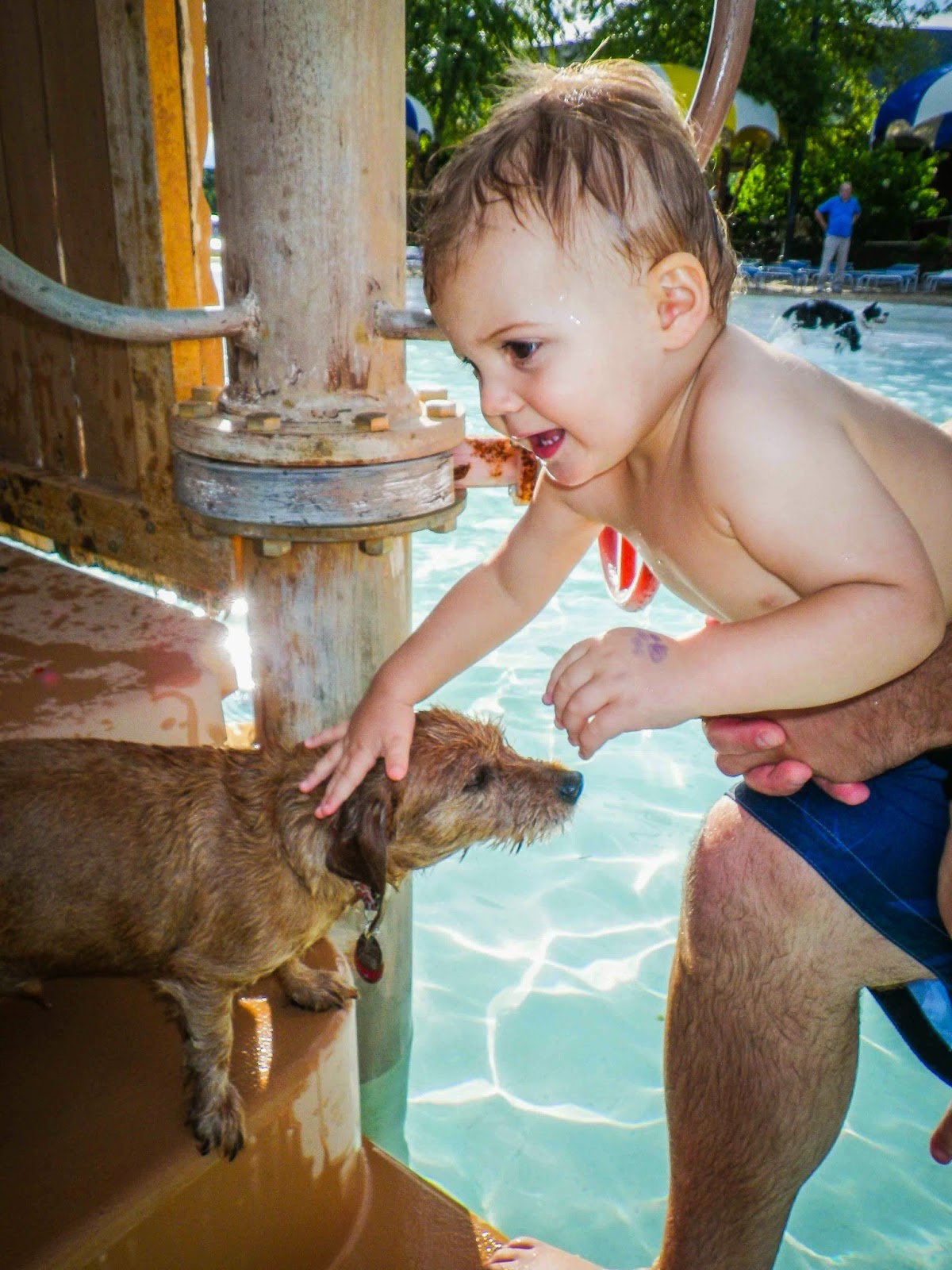 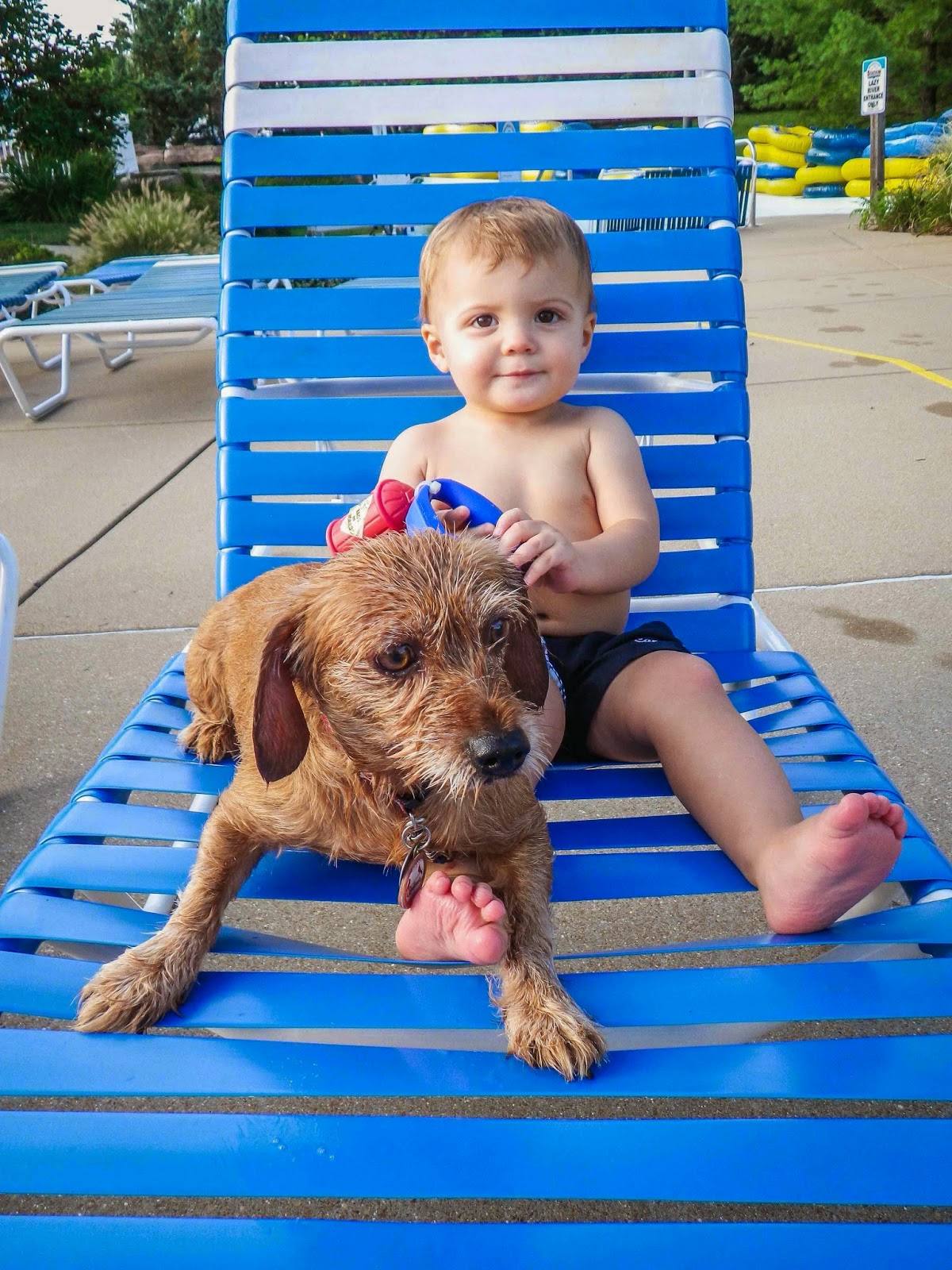 I want to first point out: we were the only (responsible) parents who not only brought their one-year-old to the dog pool party, but also let said one-year-old swim in the pool with all of the giant dogs.  Parents of the year right here.  Luckily Patrick loves animals, and totally didn't mind all of them running around him (and nearly knocking him over a'many times), so that was good.  And he had a blast getting to swim (one last time at our favorite pool!) and getting to hang with his fur brother Scooter. 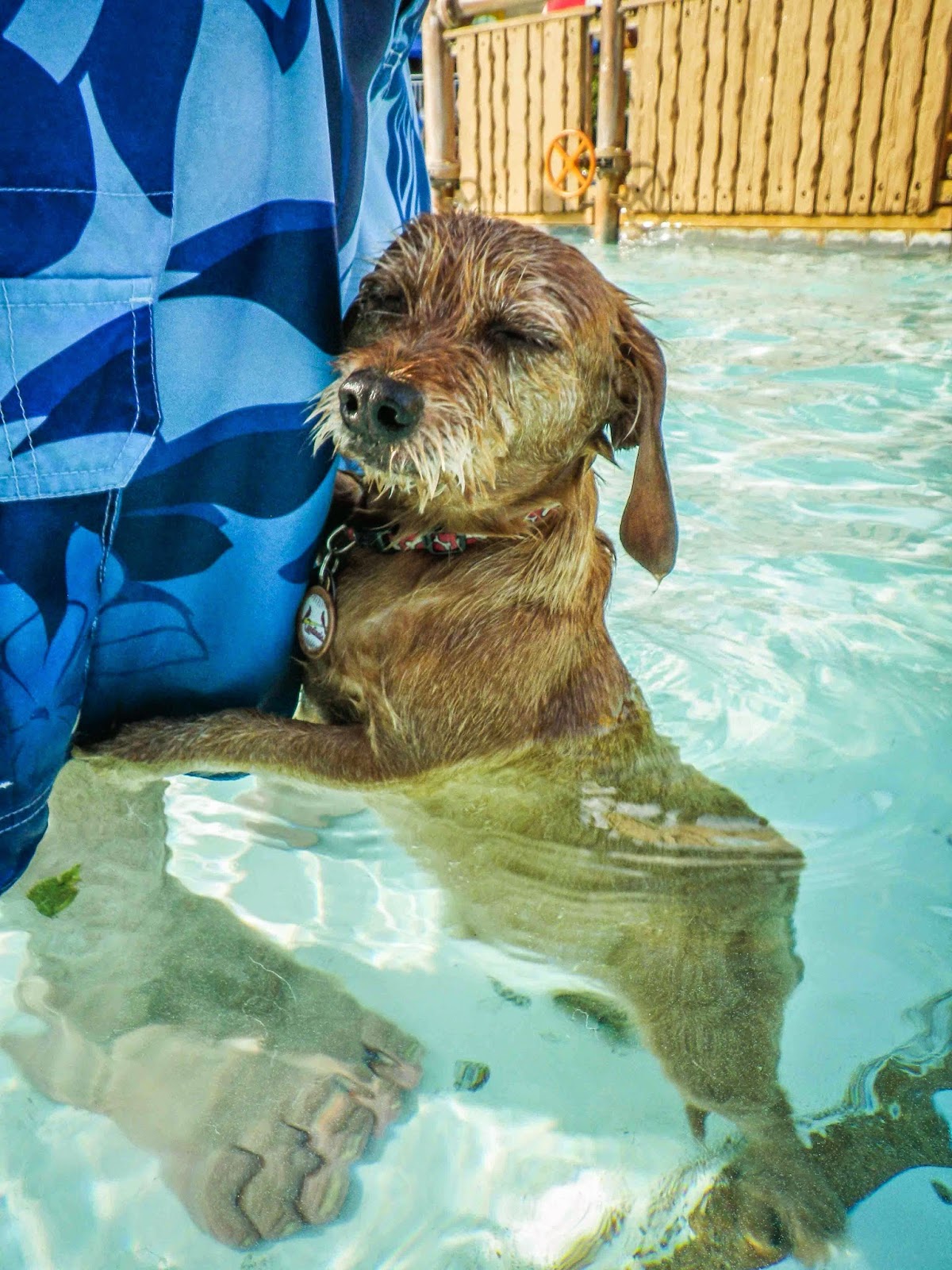 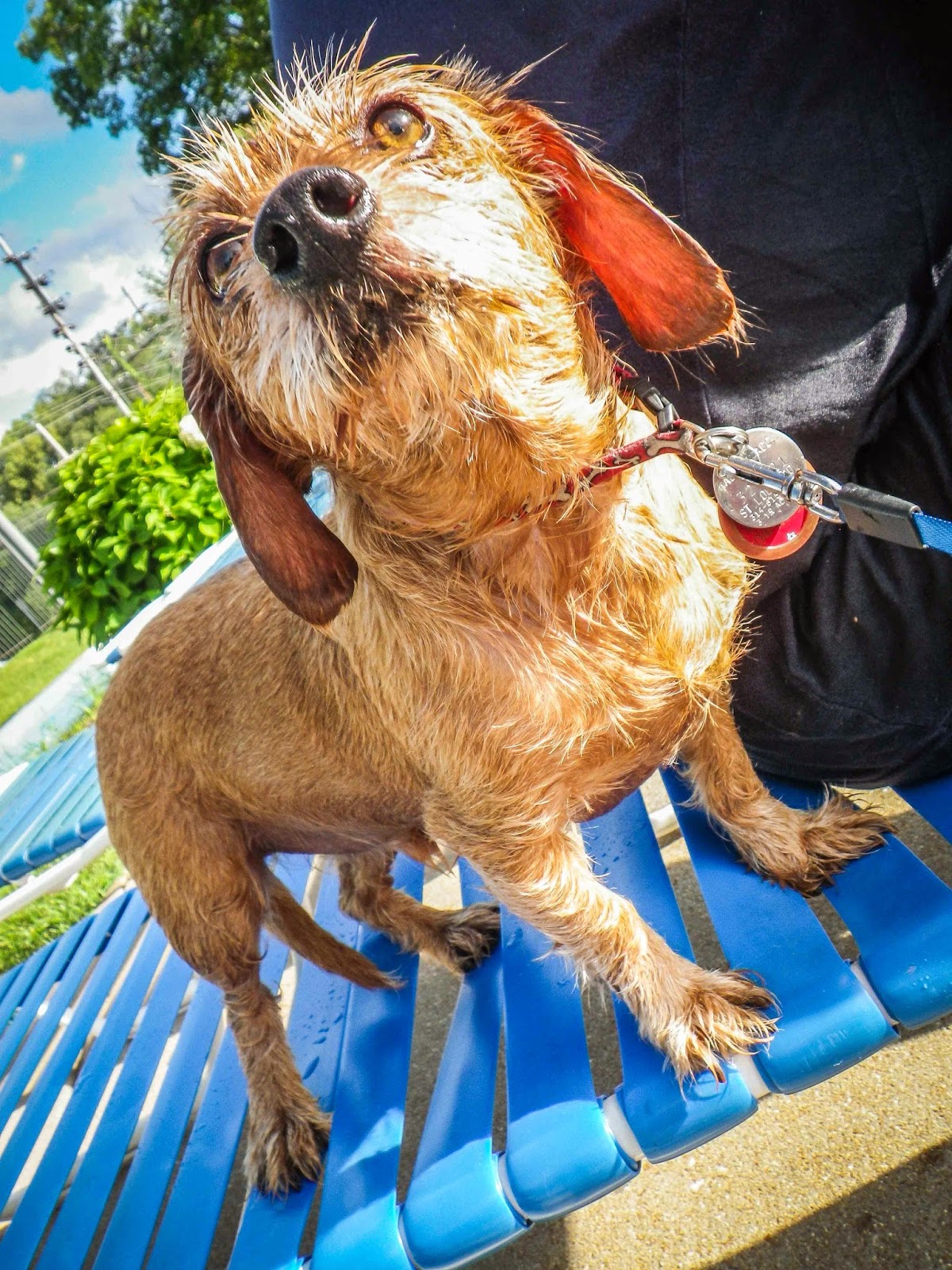 Scooter was less than enthused about the whole experience.  Maybe it was the giant dogs running crazily around him (and overwhelming his little dog self), or maybe he just wasn't in the swimming mood, but it definitely took him a bit to warm up to the swimming idea.  Eventually he did (I think Patrick helped that--Scooter never left his side!) and they both ended up having so much fun. 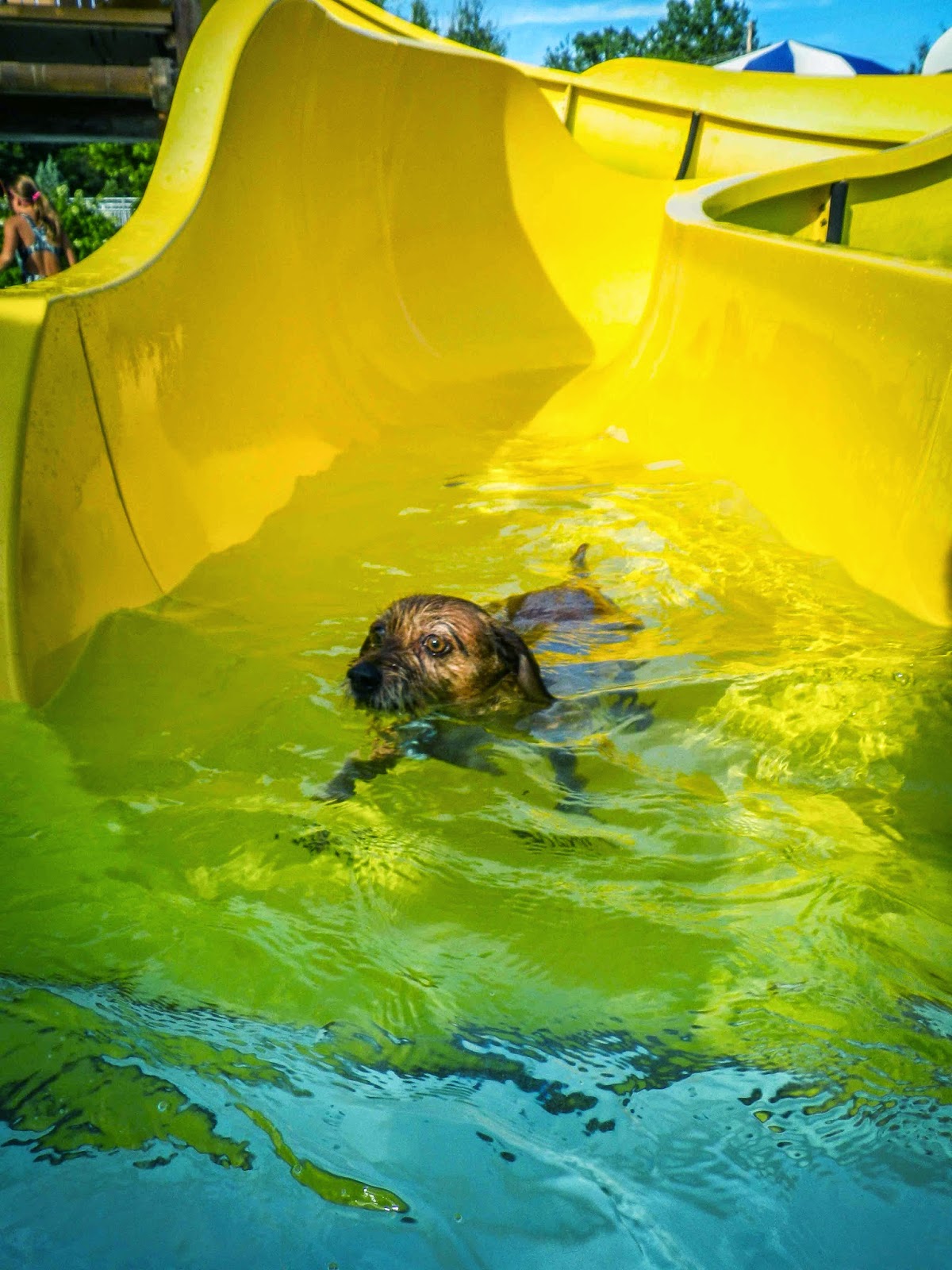 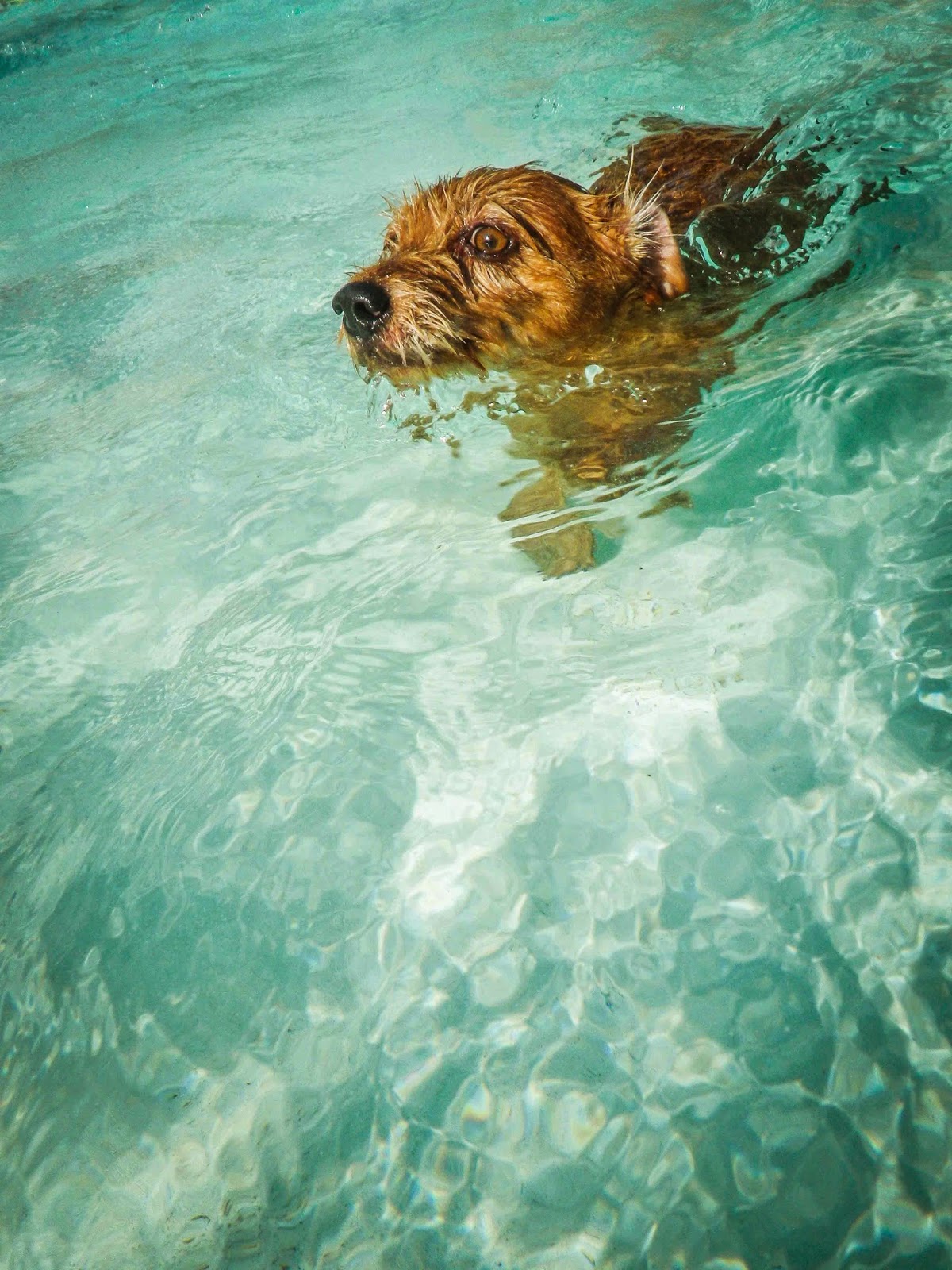 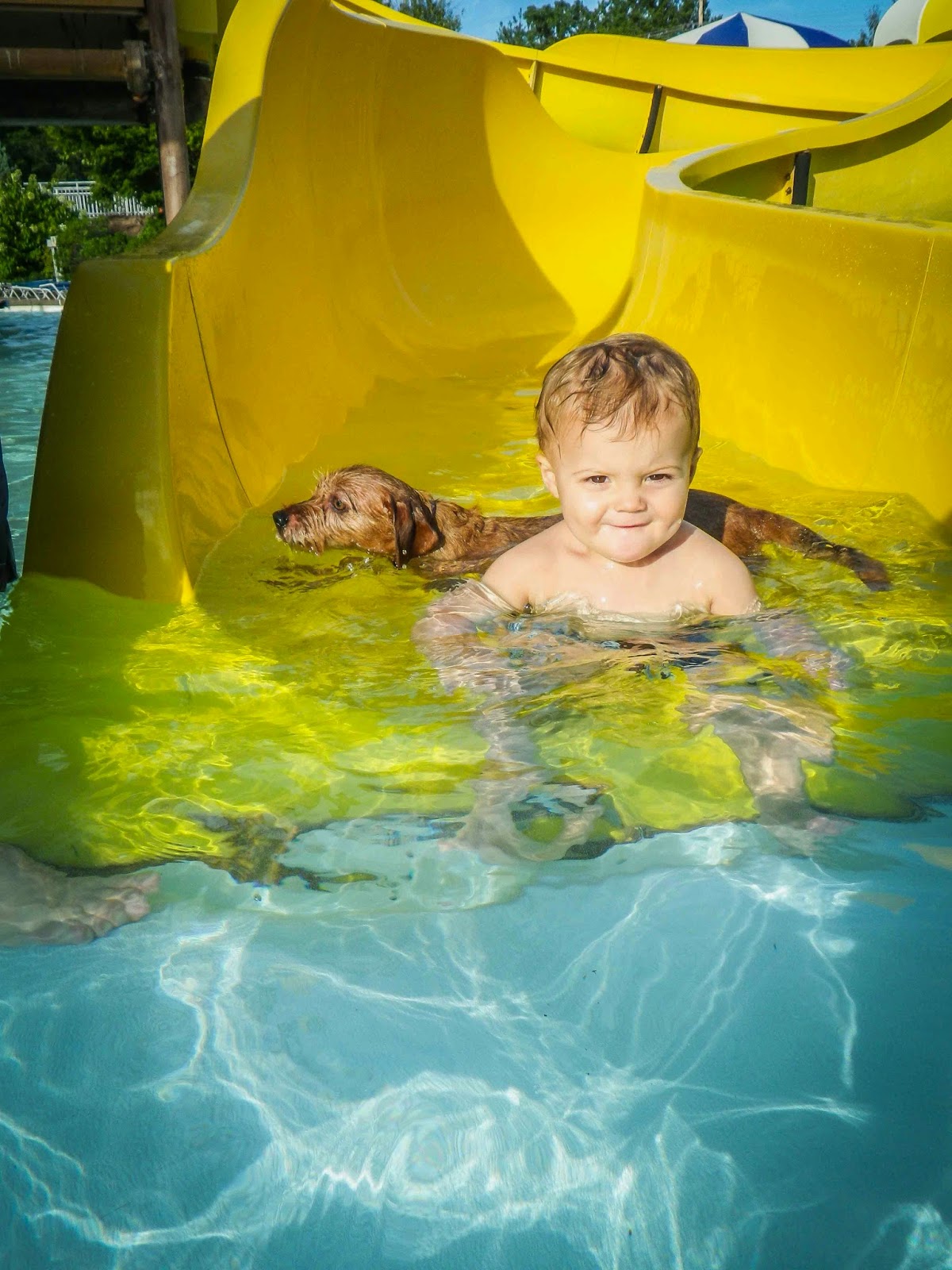 We stayed for a good 45 minutes--since we got there early we were able to get some swim time in before the pool was completely overtaken with dogs.  When it started to get super crowded (and we witnessed one dog taking a dump in the shallow end (EWWW) and another wizzing off the side into the deeper end), we elected to hit the road and go get dinner. 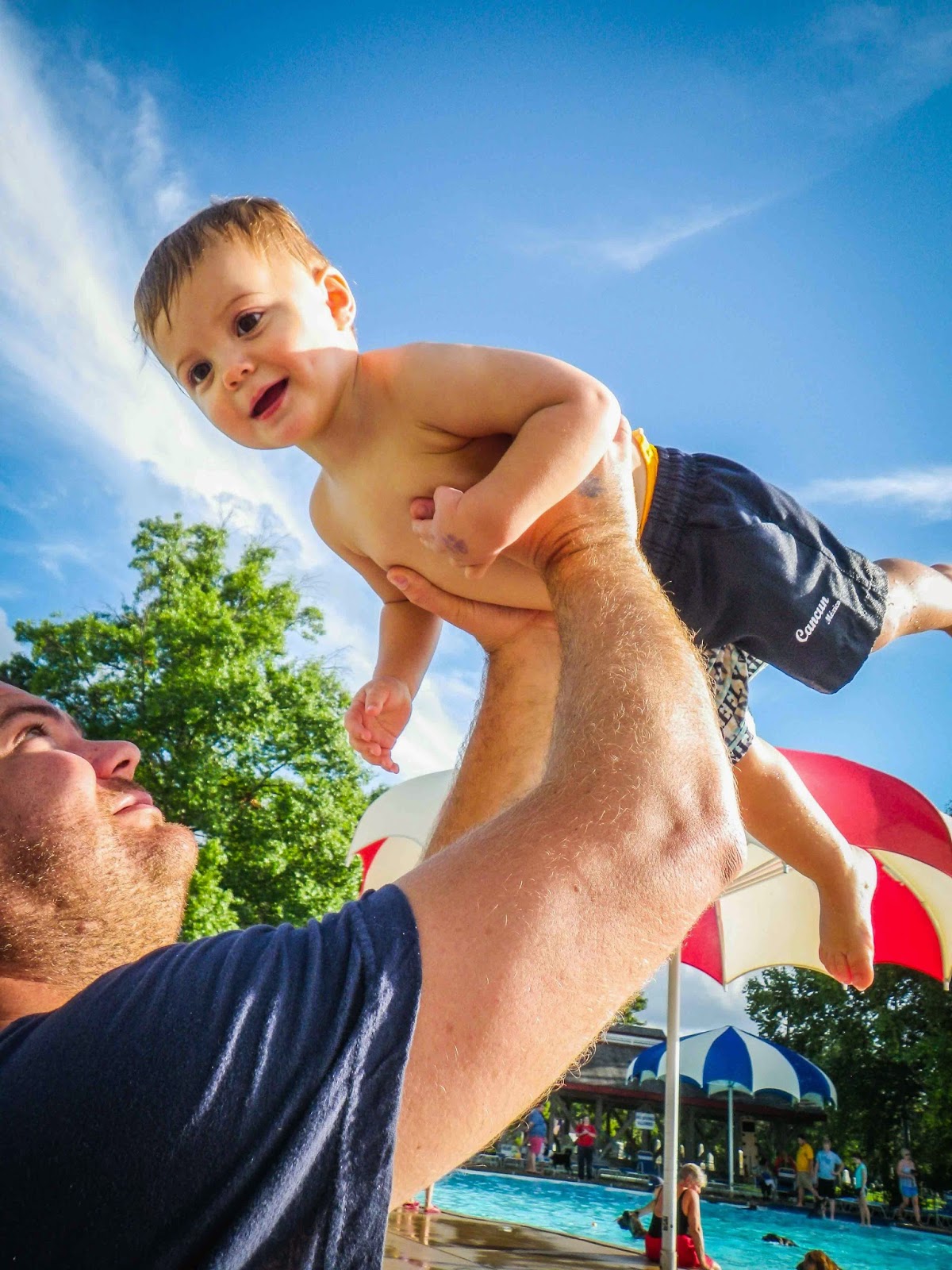 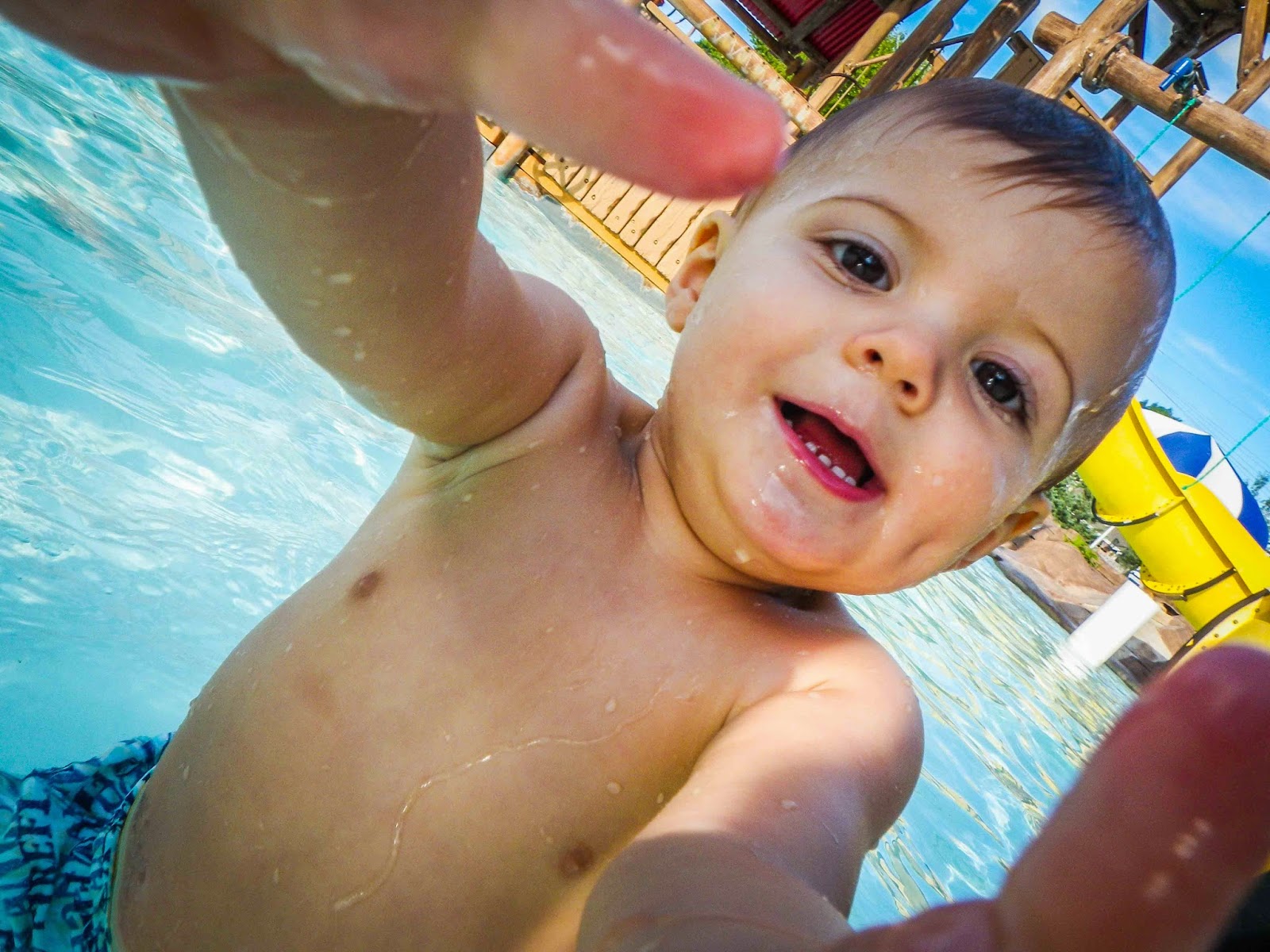 Scooter promptly put himself to bed promptly when we got home (we have to keep reminding ourselves that he in fact is not a puppy, but a nine year old dog), and Patrick followed suit not too long afterwards.  Pools wear the fur and human babies OUT!

We had a great time and we are already looking forward to next year!  We may try and hit up the "little dogs only" time next year (we couldn't make it this year because Mike had to work) and see if Scoots enjoys that more.  We will see!
Email Post
Labels: dog paddle Patrick pool Scooter swimming