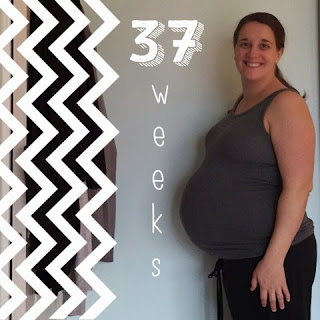 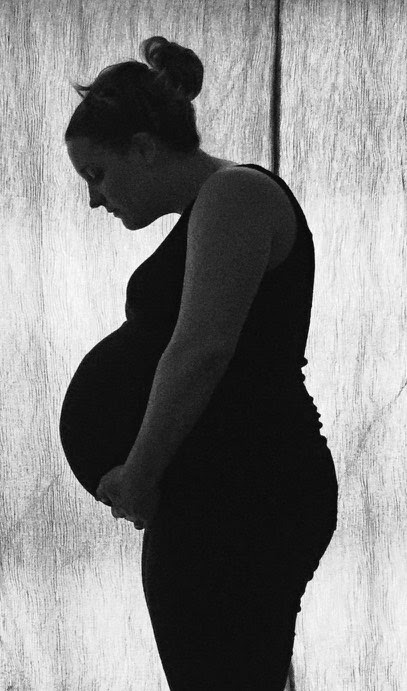 Well folks, it's official.  I am full term!  YAHOOOOO!  Well, I think the "official" name is "early" term (37-38 weeks is term, but "early"), and once you hit 39 weeks then you're officially full term.  Whatevs.  Term is term in my books, and if this kid decides to make his or her entrance soon, I'm okay with it because that means they're done cookin'. 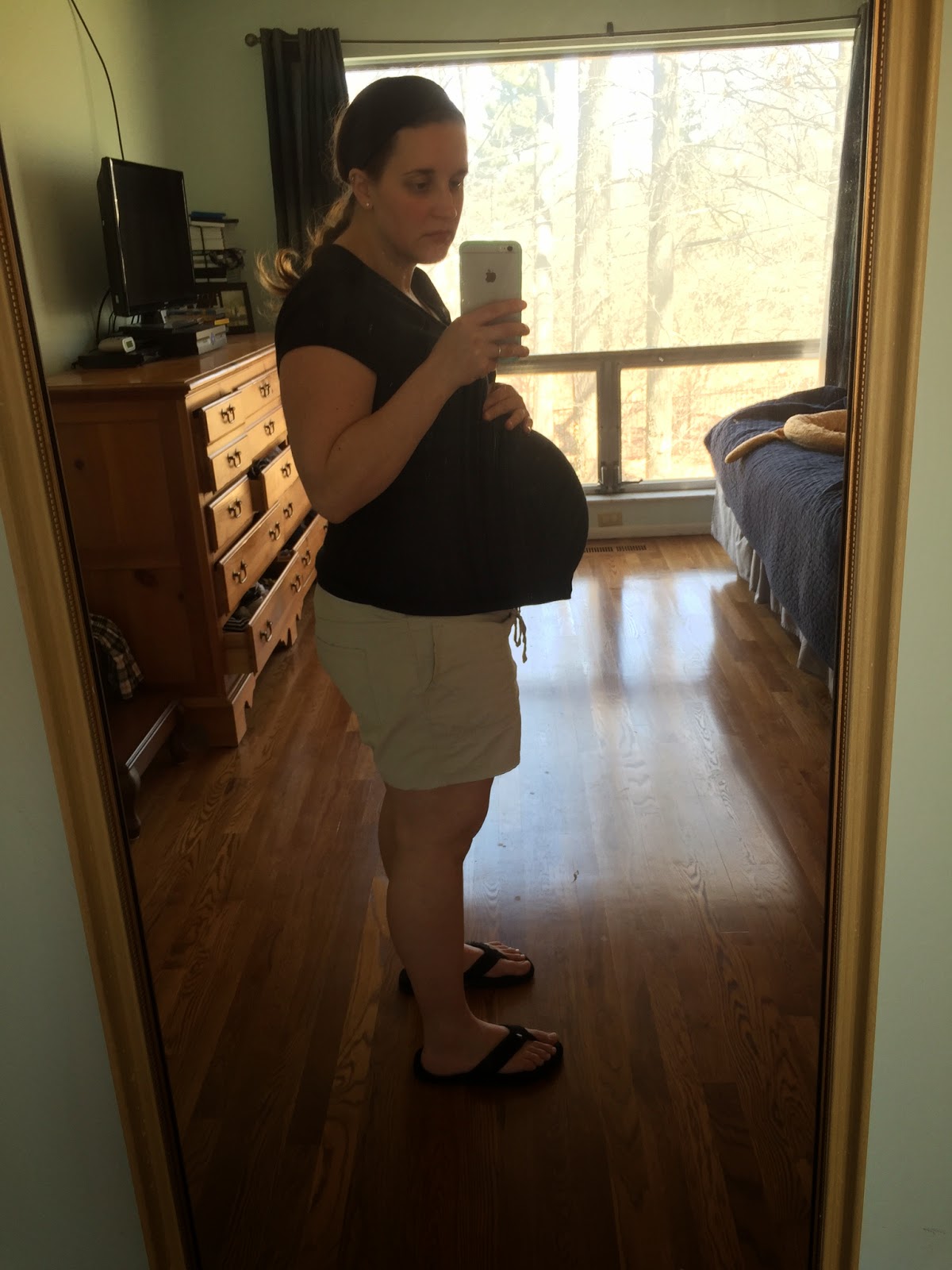 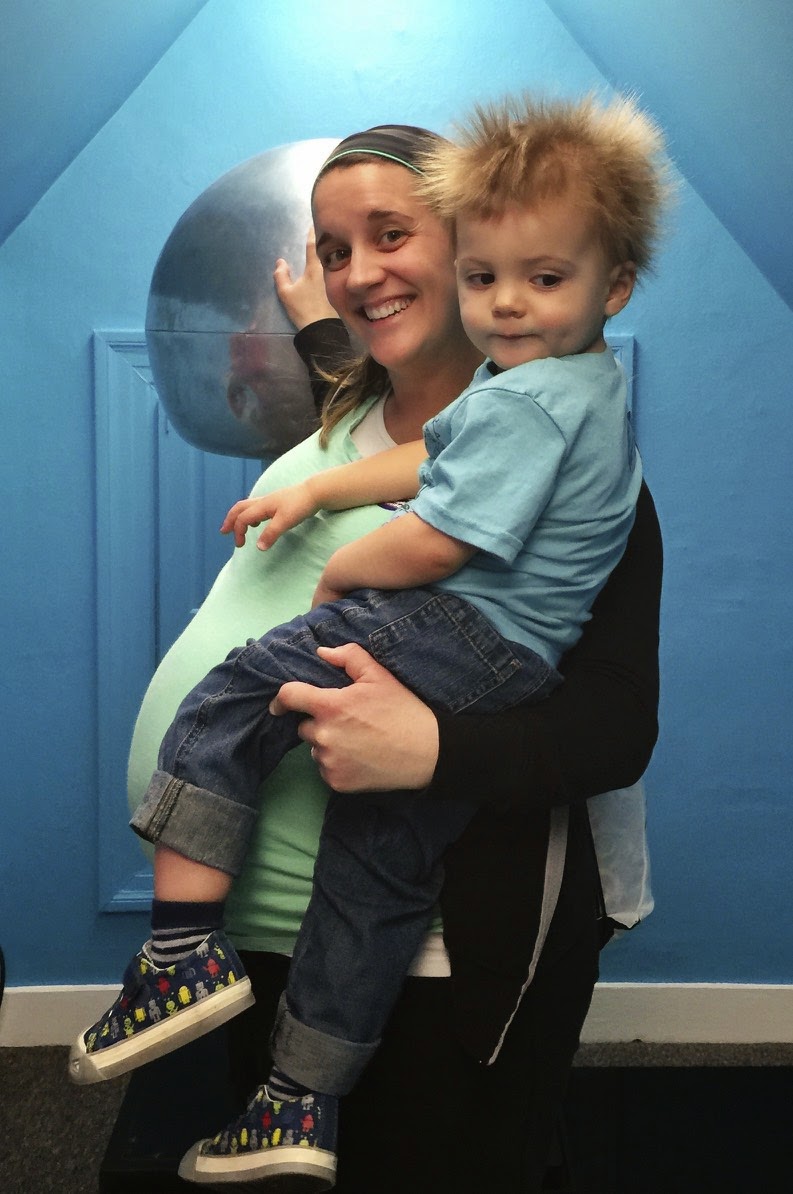 Anyways, this week has been my spring break (duh, if you're a reader here you know this by my earlier post) and it has been a doozy--in a good, exhausting, loving spending every minute with my little guy way.  Mike has been out of town (gets back tonight!  WOOT!) so it's just been me flying solo with the little man.  And, as much as I love spending time with him, boy oh boy, this kid wears me OUT.  And I'm sure that's due to the fact that I'm carrying around a basketball and 9 months pregnant.  But sheesh, little wild beast full of energy!  Haha!  It's definitely keeping me on my toes, and apparently keeping any extra poundage from being put on because I'm still just a few pounds up from where I was at 29 weeks!  YEE HAW!

So speaking of that, I had my 36.5 week OB appointment earlier this week and all is looking good with #2!  He/she was measuring still about 3 weeks ahead (39 weeks), and their heart rate was in the high 140s.  TMI alert, but my doc said since I'm having a c-section I get to choose if I want her to check me to see if I'm dilated or what not, and duh, I was like "PASSSSS."  No need to go poking around down there if it's not needed.  Ha.  I also asked her about this 'new' c-section practice that's much more family centered and similar to a natural birth (skin to skin time right afterwards, etc...) and she said totally.  They could do whatever we'd like in the OR, as long as babe and me are doing okay.  AWESOME.  This makes me feel so much better about our chosen birth route, especially since it was almost an hour before I got to hold Patrick. 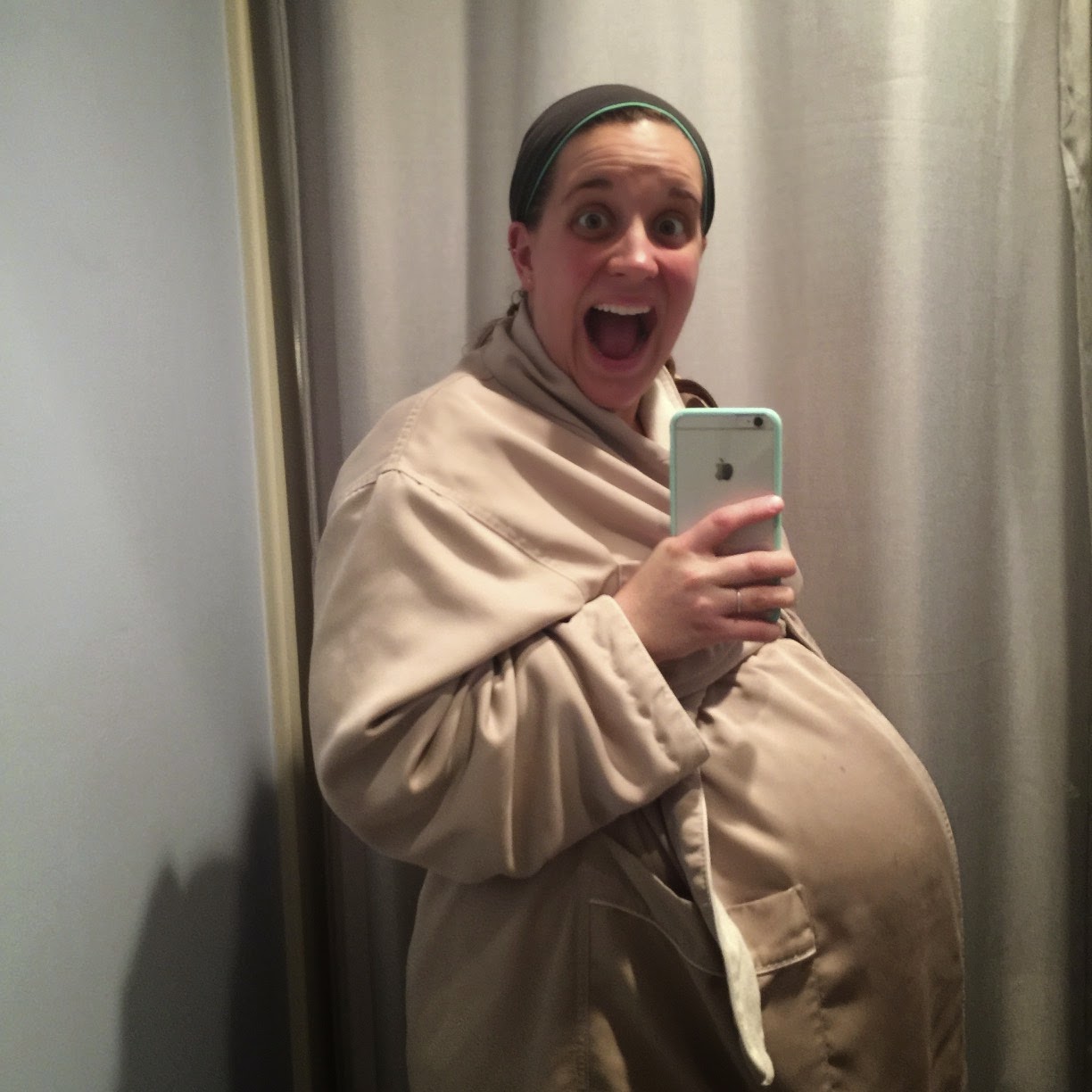 I also had a glorious GLORIOUS prenatal massage earlier this week and it was HEAVENLY.  I had one at 33 weeks with Patrick and it was ah-mazing, so I begged and pleaded Mike to get me another one for Christmas this year (he did!  He actually got me TWO so I'm saving one for this summer post-baby) and it was magical.  I wish my pocketbook could afford this heavenly luxury every week, but alas, we're poor, so I'll settle for one a pregnancy. 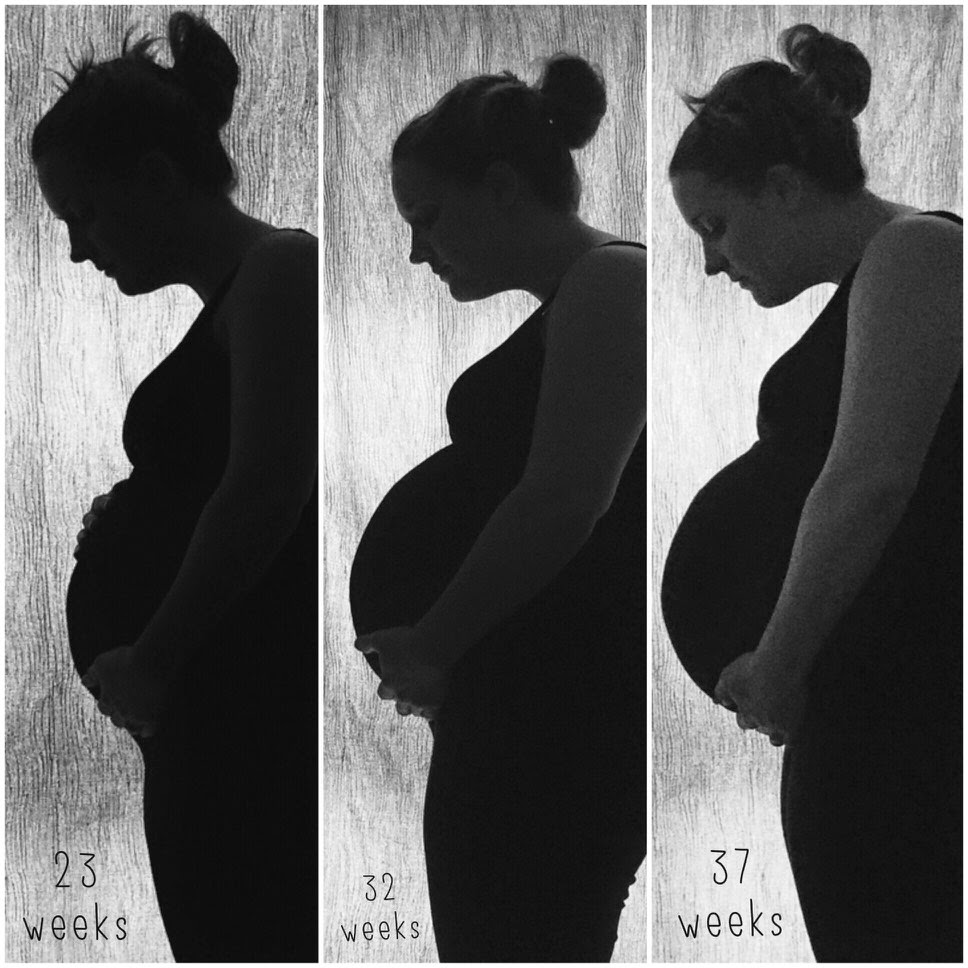 I did another silhouette pic this week and threw together a nice little comparison of the 3 times I've done it.  Yup.  Babe is definitely growing like a week in there!  Next pregnancy I may have to do this pic as my weekly pic--would be cool to have 35 weeks of these kinds of pics!! :)  Mental note, Alex.

Anyways, that's about all I've got for this week...I'm back to school on Monday and only have 8 (!!!) days of school left until my maternity leave starts and it's d-day!  OMG.  It's getting so close!! YAY!  Until 38 weeks friends, adios!