Wayyyyyyyy back in August of last summer I posted a hefty little lately happenings, but sausaged in there was my profession for how awesome my aunt Kate's GoPro camera was and how I wanted one.

'Twas true, I really did want a GoPro, but I couldn't stomach shelling out the moo-la for it when I had a'many other cameras at my disposal to use...so I let my want just sit there and that was that.

Fast-forward to this past weekend.  My friend Courtney texts me saying they're selling their once-ever-used GoPro Hero 3 white edition with a ton of accessories, and wanted to let me know (or anyone I knew of who may be interested in it) before they put it on Craigslist.  I nonchalantly mentioned it to Mike that they were selling it, and his response, "Are they selling it for a good deal?"  Me: "Yes.  It's a steal for what they're selling it for with all it comes with."  He then replied, "Get it.  I know you want it, I know you love your cameras, tell them we'll take it."  SWOON.  How great is he?!  Seriously.  So I text Courtney back telling her we'd take it, and the next day she dropped off our new (to us) GoPro and I gave her a check. 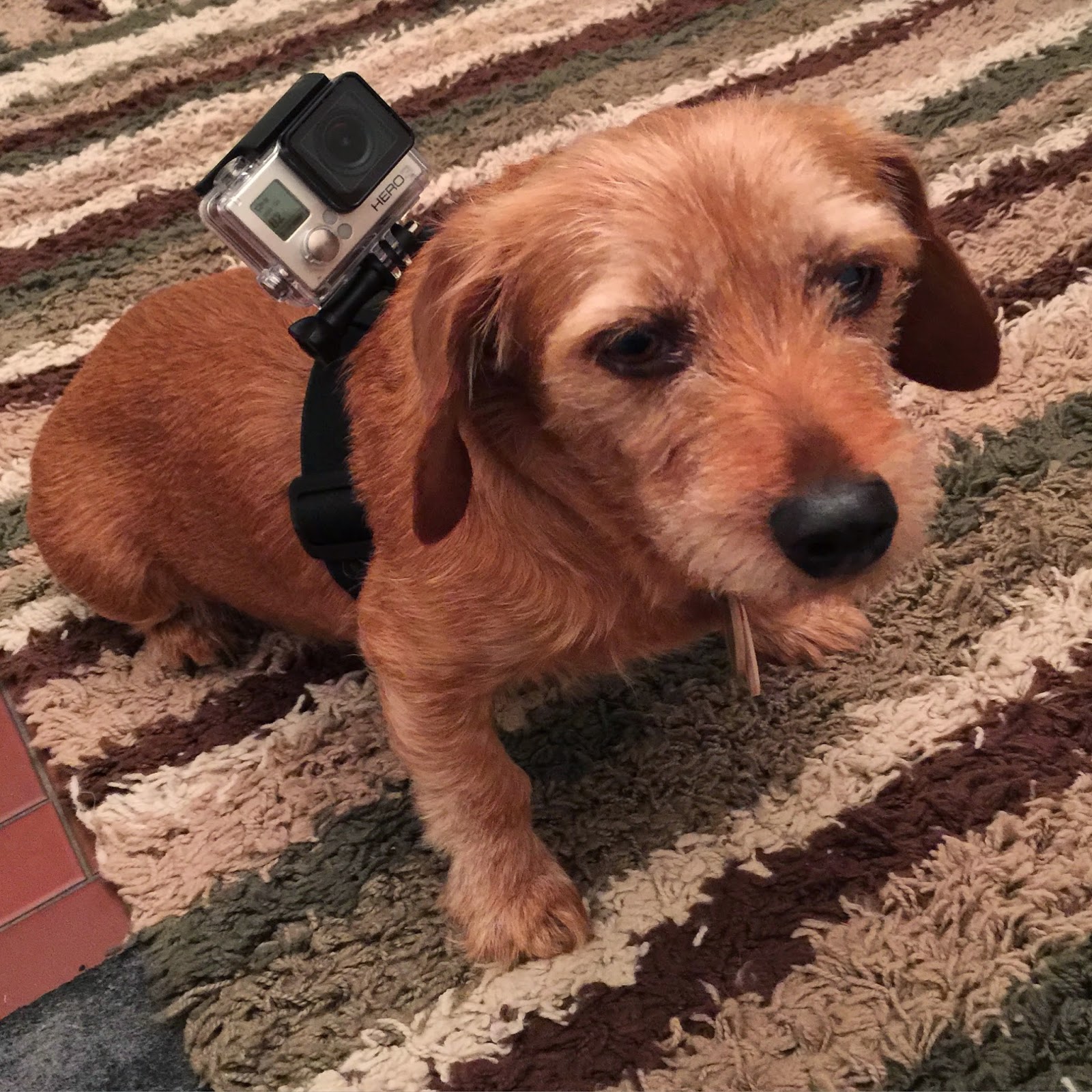 To say I was excited to get it was an understatement, primarily for the reason listed above.  I have always wanted to see what life looks like from Scooter's perspective, and now we can!  I've tried rigging my Google Glass on him before, but they're meant to be worn on the face by humans, not 18 pound dogs with small heads, so that didn't work.  Instead, the GoPro lends itself perfectly to dog-wearing, as seen in the pic above and video below.

So this is about as far as I got with recording and playing with the GoPro that first night...but, fear not, there will be a'many GoPro videos of all sorts of Mooneyness and Scooter-visions to come, stay tuned!  I just had to share my initial excitement with our new camera toy and give you a glimpse into what all is to come with it.  Stay tuned, my friends!
Email Post
Labels: fun funny go pro Patrick photography pictures Scooter