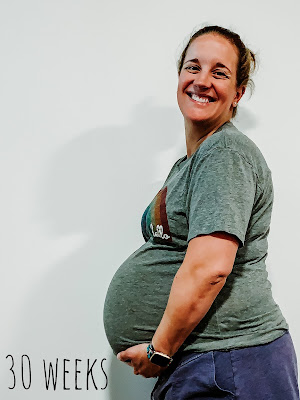 AHHHHH! We're in the 30s!! This kid is officially 3/4th of the way cooked (actually more so if you figure he/she is coming in 7 weeks!) and I cannot believe we're less than TWO MONTHS away.  We're also more than halfway through September and I just cannot freaking believe it!!  It truly does feel like it's flying by and honestly I will take it.  I told Mike the other day if he could just hit fast-forward on the next 7+ weeks that would be AWESOME. 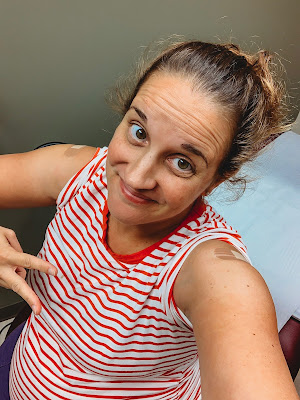 So I had my 29 week checkup this past week and all looks good!  This kid was moving up a storm and still zero signs of fluid, edema or hydrops...which is awesome.  I got my Tdap shot as well as my flu shot so trying to keep both this kiddo and myself nice and healthy.  I cannot believe I only have 4 appointments left with Dr. Jen (and one with Dr. Paul) and then it's baby day! AHHHHHH!!!!!  Please just keep going fast! 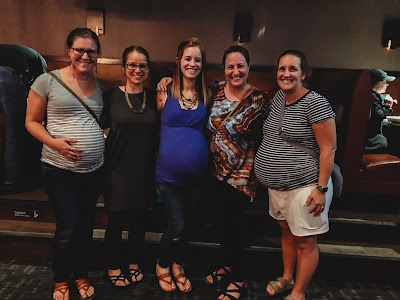 We had our monthly STL birth photog meetup this past weekend and it was so much fun to chat with some of my favorite birth photographers!  And three of us are all due within a few weeks of each other in November so come Christmas time this pic will look so much different!  It was great to get away and chit chat for a bit with just these ladies. 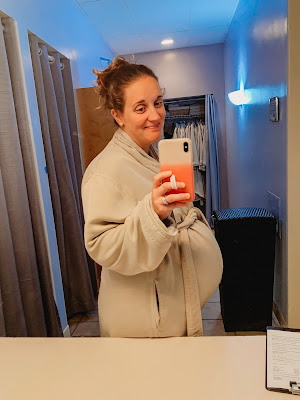 I also treated myself to a massage earlier this week and OH EMM GEE it was so nice!  I scheduled another one for October and it was truly wonderful too...I am counting down the days for that!! 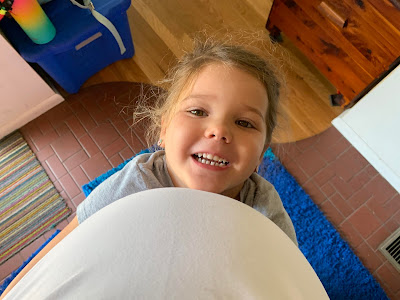 I ran into a friend earlier this week and she asked how I was truly feeling and I was honest, I'm freaking anxious.  And terrified.  And excited.  And every possible emotion in between.  Because all I keep thinking about is losing this baby and not feeling him/her move and we're not going to get to bring them home with us again.  That just absolutely SUCKS to think about and I live in a near constant state of "did this kid move recently?!?!?" and poking my belly, eating/drinking anything to feel movement, heck even waking up in the middle of the night to count kicks and make sure I am feeling this babe move in there.  It's just terrifying and an awful and consuming feeling that I try and not let get to me BUT IT DOES.  And I don't know what I can do to stop it other than wish these 7 weeks to sail by and get November 4th here as soon as possible.  I keep telling myself it does go quick and to try and enjoy this pregnancy (as it's probably my last) as much as possible but boyyyyy, so much easier said than done.  So I just keep praying for constant movement and a growing, wiggly babe in there and to get November here as fast as possible!

I'll end with this little wiggly kickin' video I tried to get a good recording of from earlier this week for ya...


Anyways, that's about all I've got to report!  Still team blue...still playing the name debate game with Mike. haha!  Here's to hopefully a great an uneventful week 30 and until week 31 friends, adios!!