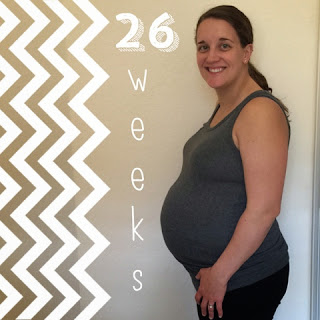 As you've probably attested to with my earlier posts, we have been in Florida this week taking advantage of Mike's vacation + 1 kid + nice weather while we still can :)  Back in August when Mike had his vacation switched to the last week in December, we decided that we'd head down to Florida to stay with my aunt and uncle in Bonita Springs IF I was feeling up for it.  Well, #2 has been cooperating and I've been feeling good, and a trip to Florida was exactly what I (and the rest of this Mooney clan) needed!

I should note that my OCD is on OVERDRIVE right now with my 26 week pic being "different" (aka in a different location, not taken by my iPhone camera timer (thanks Mike!), and coloring different...but I'm trying to be strong and get past that :) 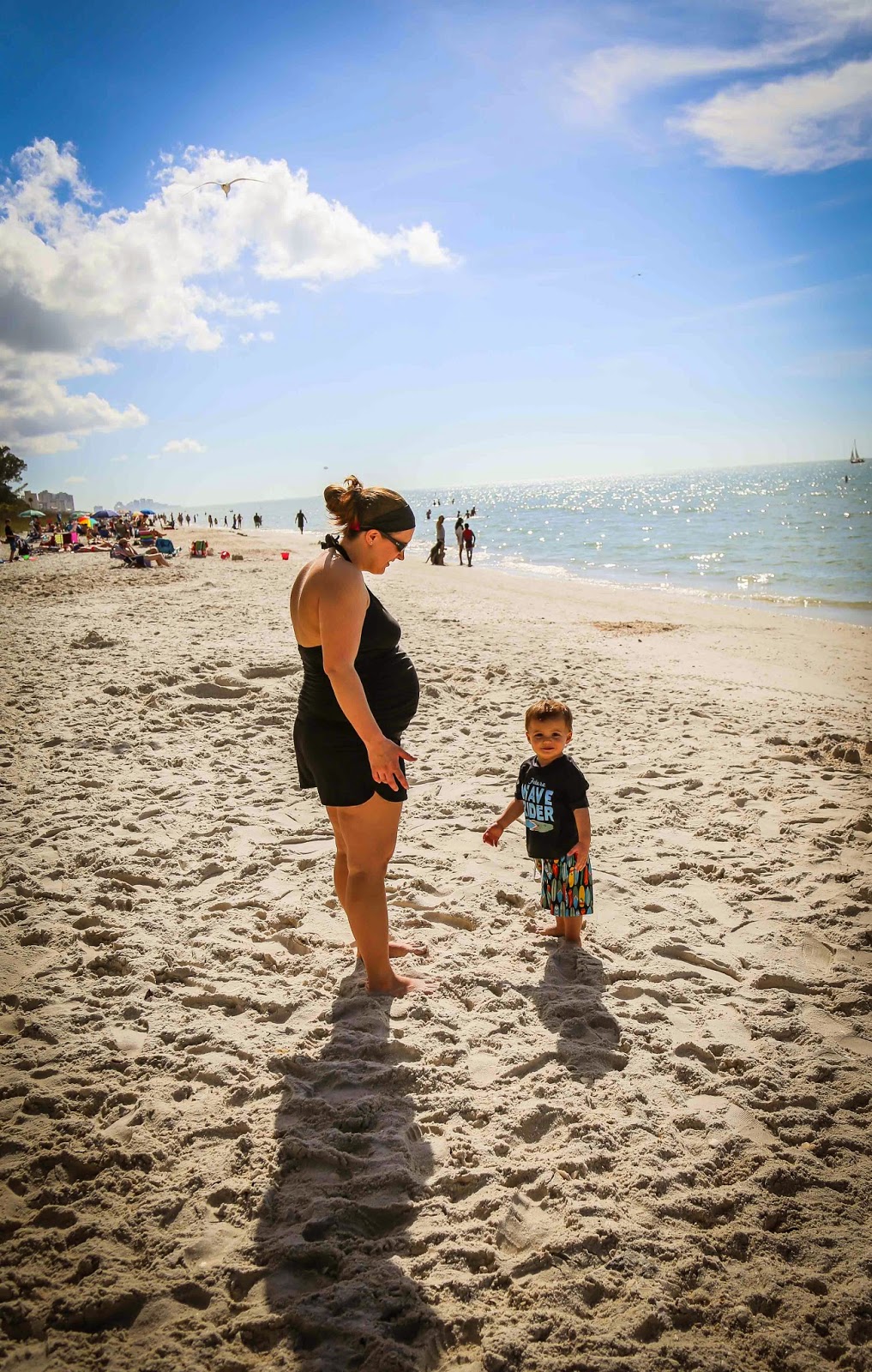 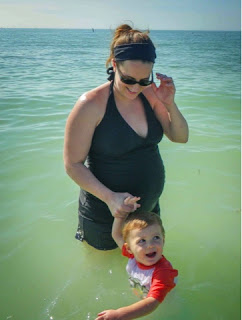 26 weeks in and I am really feeling great--I think a whole lot better than I felt at 26 weeks with Patrick!  I can't believe I've only got 1 more week until my third trimester starts...which means then a little less than 3 months until we meet this little babe!  I'm so excited! 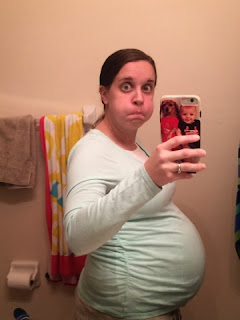 I will note that earlier this week I sent the above pic to a few friends telling them this is how I'm feeling--big and bigger!  I mean, I am feeling overall GOOD, but definitely feeling bigger and feel like I'm waddling now.  Anyways, about 30 minutes after I sent that pic Mike and I went to pick up ice cream for everyone and an old lady (probably 70ish) came up to me and said, "When's your baby due?" And I replied, "April."  She then said, "Oh myyyyy.  Are you sure there's only one in there?" And I replied, "Yes, only one." And she said, "Well I'd have your doctor check at your next visit because there sure looks like there's two in there."  Oh my gosh.  I feel like I'm a broken record complaining about this same comment type stuff, but COME ON!!!!!! Stop saying this crap to me (and heck, any and all pregnant ladies), I'm beyond over it.  Of course, as much as I wish I had a witty come back or reply, I just turned towards Mike, tears in my eyes, and told him I wanted to leave.  That part of pregnancy definitely sucks and doesn't seem to get any easier.  Maybe one day I'll muscle up the courage to actually SAY something back.  Until then I complain to friends and vent via the blog.

So yeah, not much else really to report on this week, other than I'm feeling good, definitely getting bigger (baby is a'growing!!) and I've got my glucose test and OB appointment coming up in a couple weeks (sometime during week 27 I think) and I'm anxious for that (and hoping and praying I don't have gestational diabetes!).  My belly was measuring just +1 at my last appointment, which is normal--Patrick didn't start measuring +4 and +5 weeks ahead until 31 weeks I believe...but I still feel like I look a lot bigger than I did at this point with him.  Either way, I am still feeling really good and hope that continues!

That's about all I've got to report for week 25...Florida has been lovely and relaxing and exactly what this pregnant mama needed!  We're heading back to the cold in STL tomorrow...wish us luck! :)  Until week 27 AND my third trimester: adios!
Email Post
Labels: 26 weeks baby #2 baby Mooney documenting the bump pregnancy