Scooter is officially NINE YEARS OLD today.  I cannot believe it--I've had him for seven years, and cannot imagine NOT coming home to that little brown dog wagging his tailing and jumping up to see me as soon as I walk in the door, or see him tackle Patrick with more kisses than he could ever want! 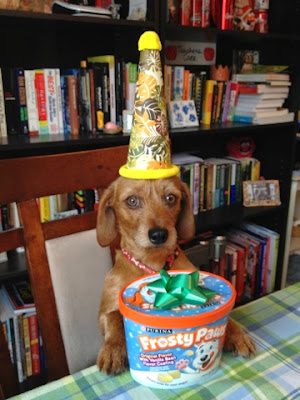 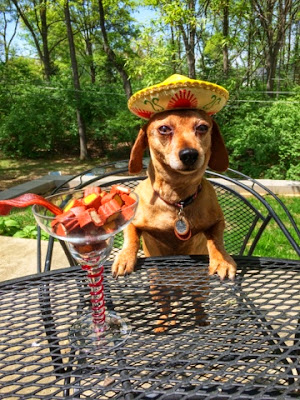 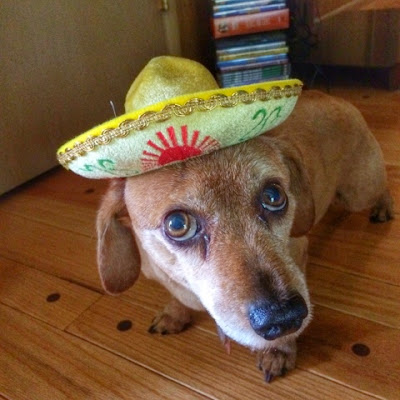 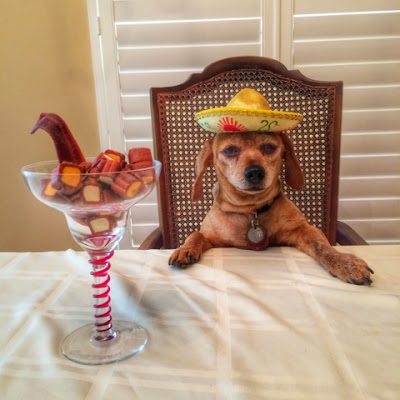 I feel like a lot of my posts (okay, ALL of them!) center around Patrick, so I thought I'd dedicate this post to our beautiful little 18-pound, 9-year-old dachshund/terrier Scooter.

I thought I'd do a little "walk down memory lane" type post of some of my favorite pictures of Scooter over the years.  Enjoy! 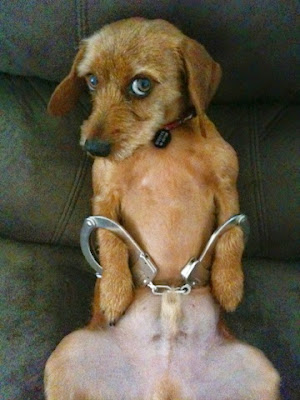 One of my all-time favorite pictures of Scooter.  His expression is just priceless. 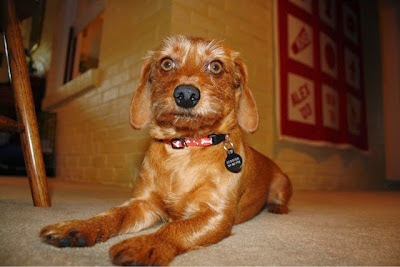 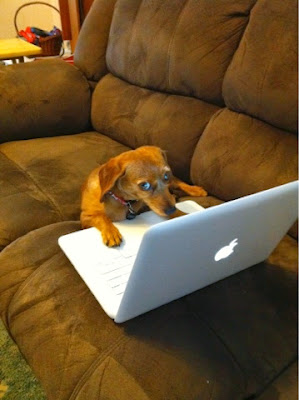 In case you were wondering how Scooter manages all of his many social networks, here's a sneak peak. 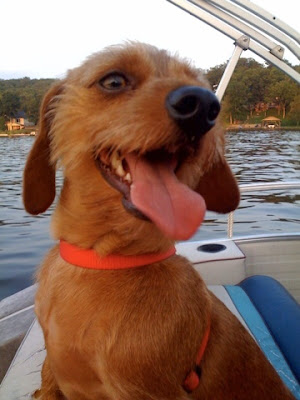 One of my very first pictures of Scooter--taken shortly after I got him in 2007.  This was taken on my aunt's boat at her lake house with the original iPhone!  Pretty impressive, if I do say so myself. 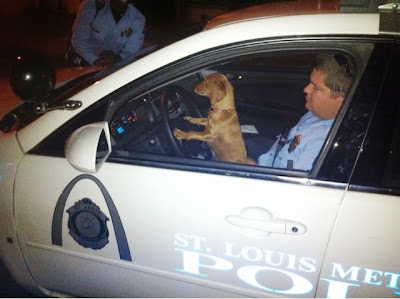 Another favorite picture.  The back story behind this is that someone (uh-hm, MIKE) left the oven burner on and when I got home from work the house smelled like gas, so I tried calling him (he didn't answer) so I called 911.  The fire department came, and then Mike got called and he came too.  I said he owed me this picture. 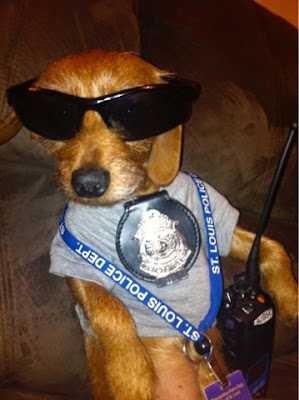 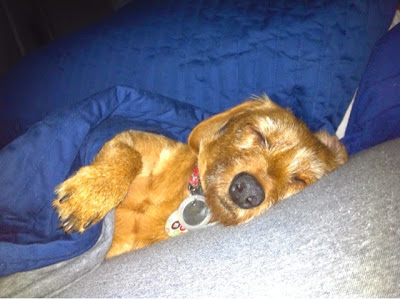 HE SLEEPS JUST LIKE A PERSON DOES!! (NO, I did not pose him.  He for real sleeps like this) 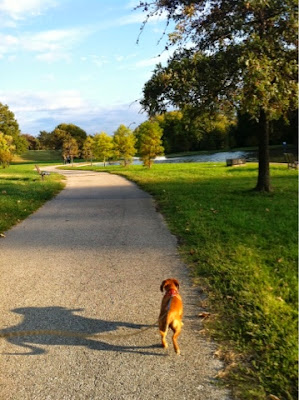 Taking a walk at the park by our old house.  I just love the colors in this pre-sunset picture...and the fact that Scooter's tongue is sticking out (see shadow) 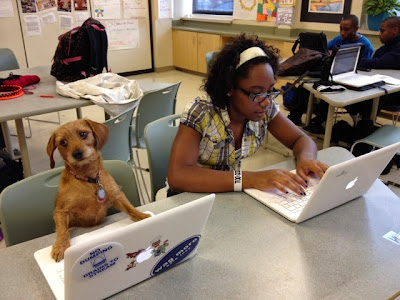 Scooter being all academic.  I try not to post any pictures of my students on my personal social networks/blogs, but this one I HAD TO (with her and her mom's permission, of course!).  Every time I see my former student Amber I remind her of this pic.  I should get it framed for her when she graduates high school. 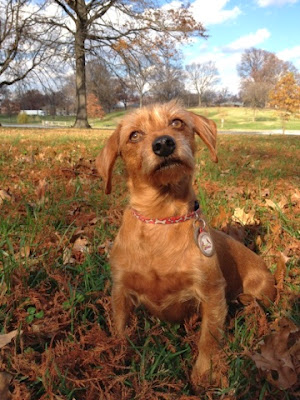 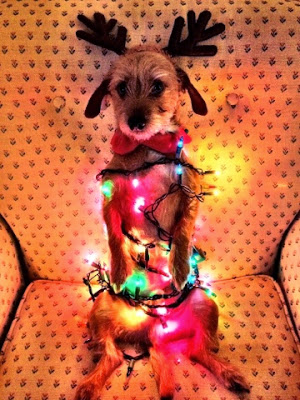 I've been told countless times this Christmas lights picture of Scooter looks like the dog from "How the Grinch Stole Christmas."  You decide. 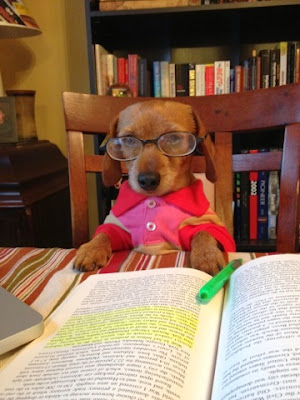 Whenever I get around to writing a sappy book about Scooter's life and all of his antics, I'm thinking this should be on the cover...and maybe I should just write it in first-person from Scooter's perspective...ideas, ideas... 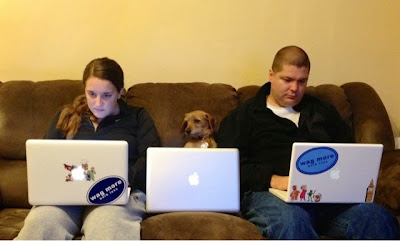 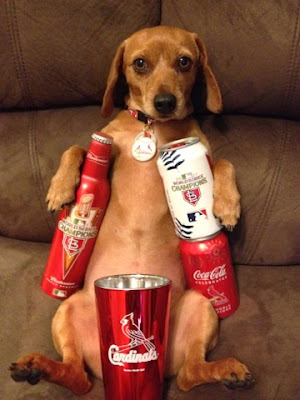 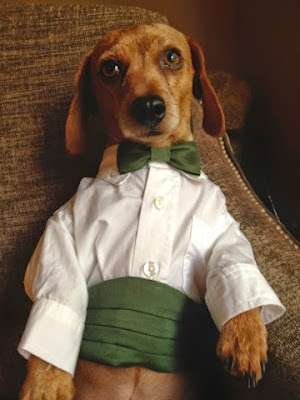 Flashback to 6.9.12 and the little furry man who stole the show. 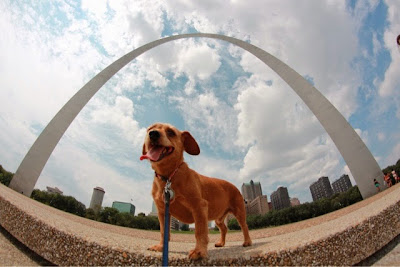 My fisheye lens on my camera is one of my favorite things.  I really enjoyed snapping this pic of Scoots (along with many others!) underneath the Arch a few summers ago. 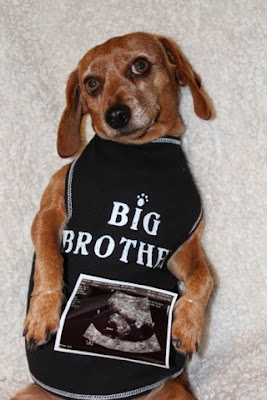 This is how we announced Patrick's upcoming arrival to friends and family and on Facebook.  100% Mike's idea. 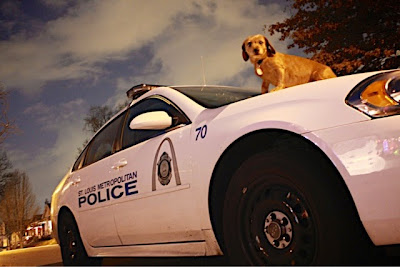 The story behind this pic: Mike stopped by to go to the bathroom during work and I whisked Scooter up, grabbed my camera, and snapped this pic on the hood of Mike's police car just as the sun was setting. 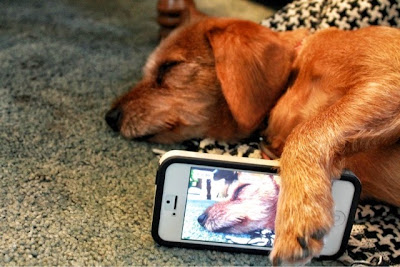 I saw this picture done by someone else and challenged myself to recreate it with Scoots.  It was way easier than I thought it would be. 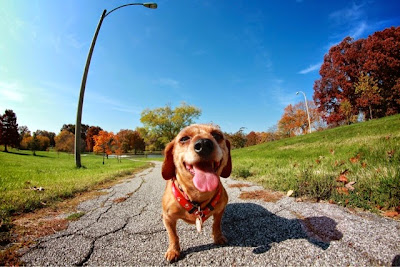 Another favorite capture with my fisheye lens.  I just love the colors. 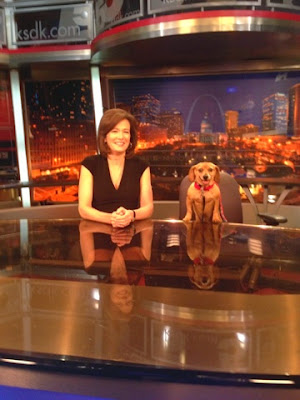 Probably the best day of Scooter's life: when he got to go to KSDK and be a news anchor with his bestie Kay Quinn!  Watch his segment here. 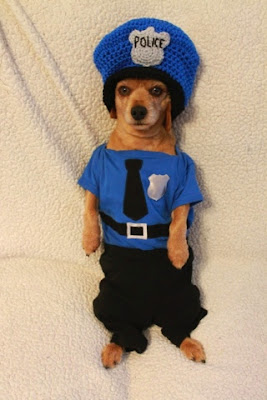 In his next art, Scooter will be a police canine. 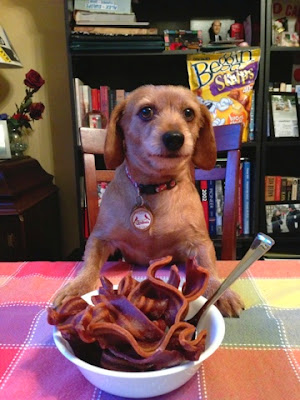 The picture that landed him his Beggin' partner gig.  Still one of my favorites! 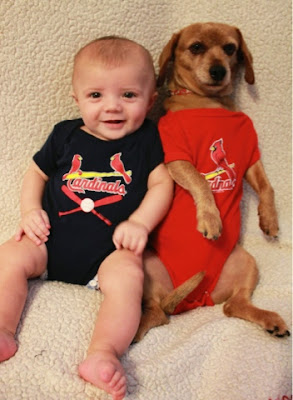 You think I'd really NOT have a Patrick-Scooter pic in here?!!  I limited myself to one for this Scooter-dedicated blog post--but this is my all-time favorite picture of them!  It's the case on my iPhone, and it'll be a sad day when I get a new phone and not be able to use this one anymore.  Oh heck, I'll probably make myself another one!!