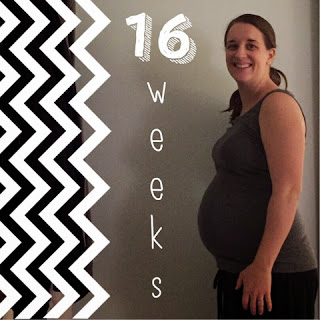 16 weeks today!  And, I know I've been saying this for a couple weeks now, but I really think I felt this babe move/kick (like an actual movement/kick, not just the fluttering feeling I think I've been feeling for the past couple weeks)!  It's quite exciting.  It's about a month earlier than when I felt it with Patrick, but they say you feel it way sooner with your next kid, so that's probably why I'm feeling it already...plus, I AM HUGE.  Seriously.  Don't I look about 7 months pregnant?!  Haha--don't answer that :)

So I had my 15 week checkup last week and all is going well!  I'm feeling soooooo much better and seemed to have gotten my appetite back (although, even though I get super duper hungry, I feel like I get full really quickly and have not pigged out nearly as much as I remember doing with Patrick).  This little babe's heartbeat was thumping away nice and strong at 166bpm (I think Patrick's was always in the 140s and 150s, for those wondering) and she said my uterus was now above my belly button (my response was "duhhhh.  Did you see my belly when I walked in?!!").  Nothing else exciting at that appointment, just some boring questions by me and a little "OMGing" discussion with my good doc about the Lotus Birth method and how crazyyyyyyyy that seems to me (I'm very "crunchy" in some regards: breastfeeding, cloth diapering, hopefully baby wearing with #2, but not at all in others (i.e. the Lotus Birth)).  Anyways, that was a fun little discussion.  I did cave and get a flu shot for the first time in forever.  The ONE other time I've ever gotten a flu shot I got horribly horribly sick the next day and vowed never to get one again.  I didn't even get one when I was pregnant with Patrick!  But, alas, the Ebola craze and already having a kid that I know I can't be sick with the flu and care for, set in and I got a shot.  Almost a week later I'm tying this and NOT sick at all...so success.  Guess I'll get another one again. 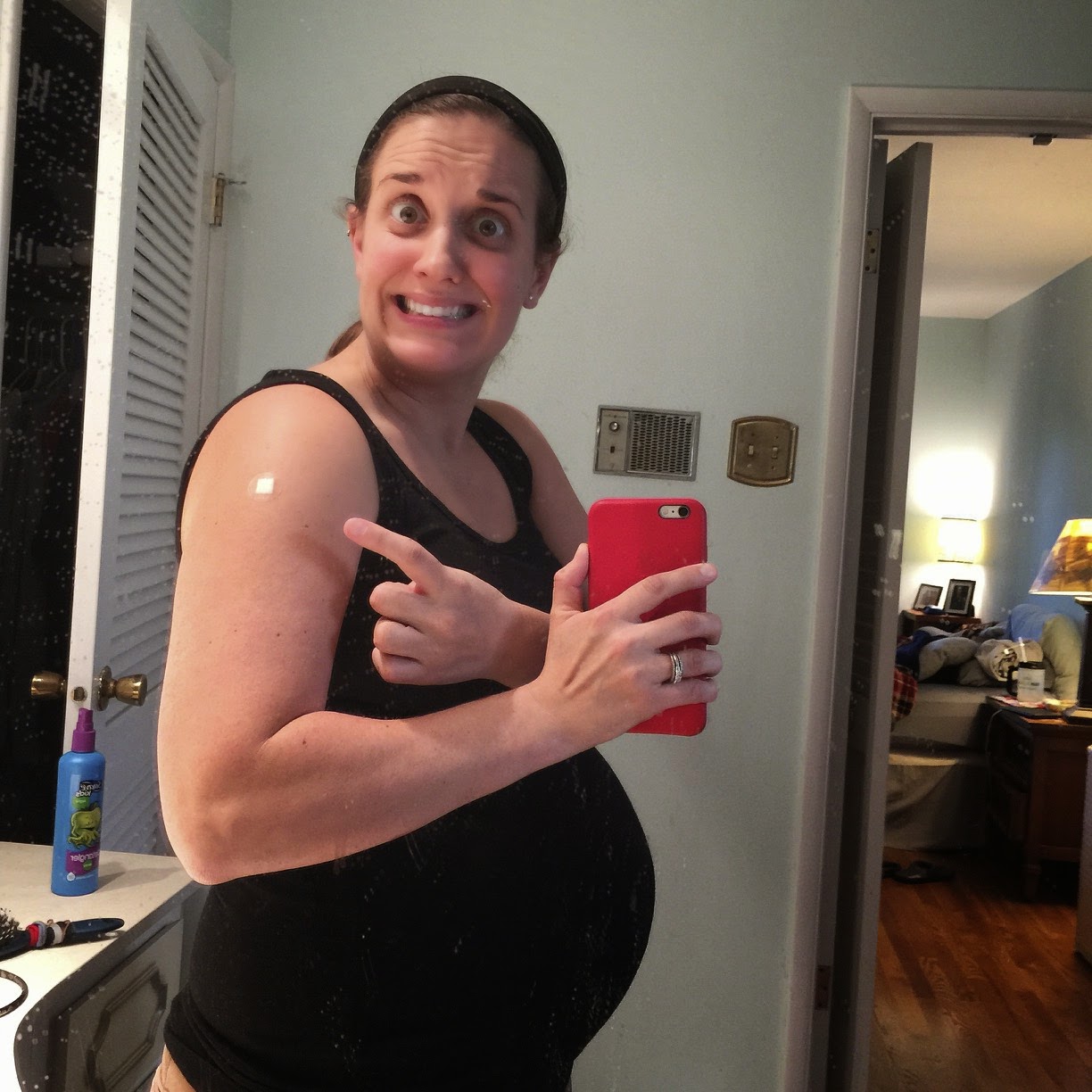 really. honestly. don't I look about 35 weeks pregnant instead of 15 in this pic?!!  hehehe.

I still, shockingly to me, haven't gained any weight.  I cannot believe this.  Oh, how #2 is so different from #1 already!  I am most definitely not complaining (even though I totally look like I've swallowed a beach ball), but more so just commenting and comparing to #1...and giving me something in writing to compare #3's pregnant (if/when that ever happens!) to.

So that's about all for 16 weeks!  I really feel like it's absolutely flying by...in about 3.5 weeks I have my midpoint ultrasound where we'll get to see how much this kid has grown from the jelly bean looking thing he/she was at 7 weeks to what they look like at almost 20 weeks.  I'll leave you with this final pic I snapped this past weekend...my face says it all.  No 'teeny tiny' about this bump at all!  Haha!  But I'm loving it, and will continue to love it and be happy about it until this little babe is here in our arms.  Until week 17...adios!