Yesterday was a rare RARE weekday treat: Mike was off work and so was I!  We had our Fall Festival at school over the weekend, and since it was so successful they gave us Monday off!  Woo hoo! 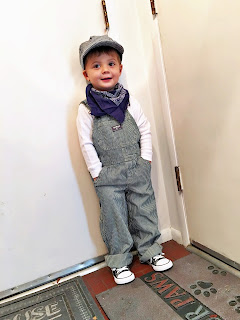 We decided to do a family fun day before nap time to take advantage of this rare treat.  We planned on going to the Museum of Transportation because we figured it'd be not so crowded and Patrick was really wanting to wear his "choo choo" outfit (spoiler: it's his Halloween costume), so we got the kids up, dressed and fed them, and off we went!

Bummer: the Museum of Transportation has special hours AFTER Labor Day, which include it being closed on Mondays.  Poop!  Patrick was super excited about riding the choo choo, so we decided to go to the other place that has a train for him to ride: the Zoo.  Fortunately we have a membership, so we had plenty of free passes and such, so off we went!

Luckily the Zoo was not crowded at all--bonus, the Mooneys here HATE crowds.  We got there about 10:30am, and decided we'd see a few animals, hit up the train, and then head home for lunch and naps.  Well, as soon as we heard the train Patrick went nuts and wanted to ride it, so ride it we did! 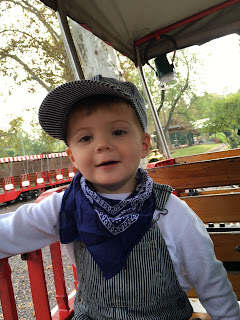 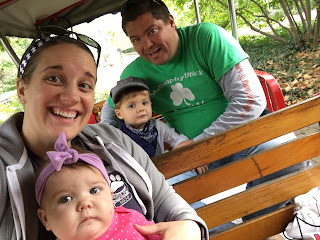 Since it wasn't super crowded, we got to sit in the back of the train where the conductor lets the kids say, "All aboard!" and Patrick was super excited to do this--we'd been practicing this.  His little voice was so cute saying it, I about melted.  Gahhhh!


Anyways, so as we were getting off the train, someone gave us 3 passes to the Children's Zoo--we weren't even planning on going there but were now--we couldn't pass up free passes!  So we headed that way--Mike doing most of the work with both of the kiddos :) 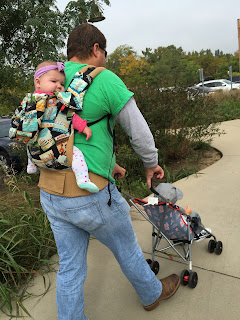 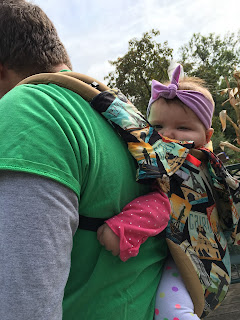 Oh and we had to stop every.single.time. we heard the train go by so Patrick could wave to it.  His conductor outfit was a hit too--the train engineers loved it and so did nearly everyone we passed!  Glad his costume is getting some use before the 31st :) 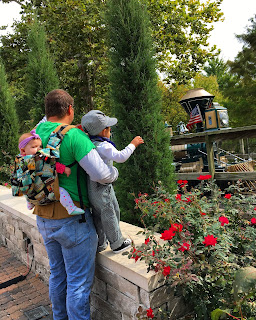 Okay, so onward!  Once we got to the Children's Zoo we decided to go see the goats first--Patrick loved the goats the other times we have been the Zoo as well as the ones at Grant's Farm, so we figured he'd love these.  And score!  It was empty!  Woo hoo! 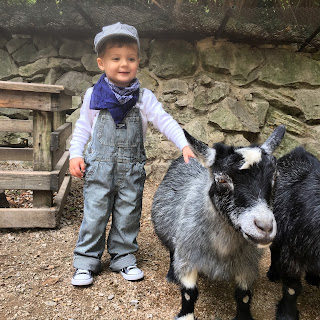 Okay, now to the title of my post: the above goat was not liking Patrick, despite what the pic above looks like.  He wasn't having his stripes?  Demeanor?  I'm not sure, but wasn't a fan.  But Patrick is dedicated, determined, and persistent, and wanted to pet that goat REAL bad, and wasn't gonna give up.  Anyways, I was doing the usual mom thing--snapping pics and videos, and BOOM, this happens.  OMG.  I don't think I've ever laughed so hard in my life.


HYSTERICAL, right?!  So darn funny.  The goat won that round.  And everyone I've sent it to or has seen it posted has echoed the same sentiment!  Hilarious.  And yes, he was completely fine.  He cried for about 15 seconds and then was back up chasing after THE SAME GOAT.  Oh lordie.

After the goats we headed to the playground part of the Children's Zoo and Patrick loved climbing up to the slide and going down backwards.  He did this about five million times until we literally had to drag him off of it cause it was time to go (mama was getting hangry). 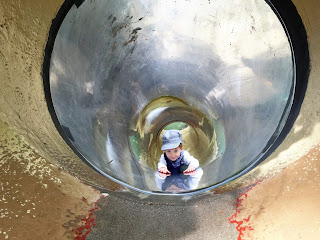 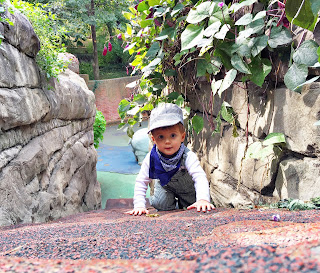 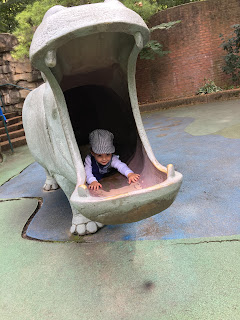 We then called it a day and headed home.  It was such a great morning together at the Zoo, and really was great to get to spend some family time together, including Patrick getting booted by a goat.

The kids each took 3+ hour naps (!!!) and Mike and I spent that time cleaning out the garage.  Big day!  Ha!  But it was great...I look forward to our next family day off together...Lord knows when that'll be, but I promise it'll be another fun and memorable one! :)
Email Post
Labels: family family fun Patrick Rosie St. Louis Zoo trains trip Zoo