HOLY FLIPPIN' COW.  How on earth has it been 6 months?!  HALF A YEAR?  182ish DAYS?! 26 WEEKS?!!  Seriously.  I cannot believe how fast it is going.  I know, I know, I say this every month.  But seriously, these past 6 months have been amazingly awesome and incredible and have gone too flippin' fast.  I guess I better start planning her 1st birthday party and getting ready for her to leave for college, right?! 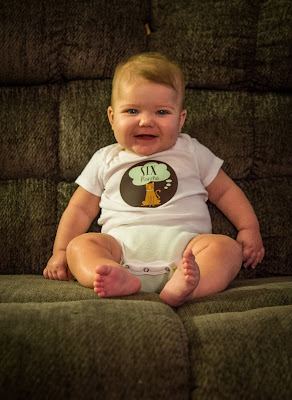 So, Miss Rosie has been up to a lot since month 5--okay, well not a ton, but I swear she looks older and older each and every single day...and she's growing like a flippin' weed!  She's still on just breastmilk...after Patrick's nearly 3 week long bout with the Plague I didn't want to tackle another life event justttttt yet, so girlfriend is still on mama's milk...more on that later.

Anyways, so I cannot believe Rosie is 6 whole months old.  If I remember correctly with Patrick right after 6 months is when things started getting super fun...so I'm hoping for the same with Ro Ro.  I'm sure it will be; she's been oh-so-much-fun thus far!

FINALLY we have an even number of weeks for a collage pic!  Woot!  BUT!  Again, math = hard, and I couldn't figure out how to get 26 squares to fit nicely in a bigger square...so 24 in a square then 2 outside of it.  A for effort right?!  RIGHT. 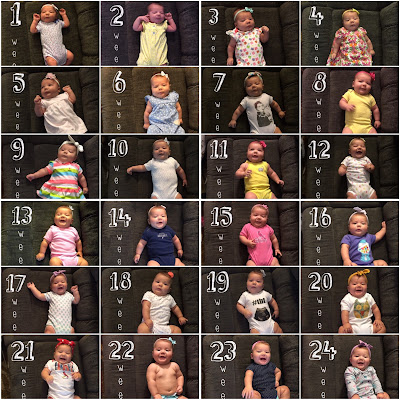 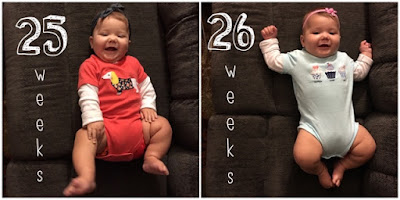 So Ro Ro has definitely plateaued a bit from her chunk-a-lunk growth curve she's been on...yet I bet she's still in the 90th percentile for weight and maybe? height??? We'll see at the doc later today for her 6 month check up...but for now, here's some lovely mom stats that I know you're dyinggggggg to read. 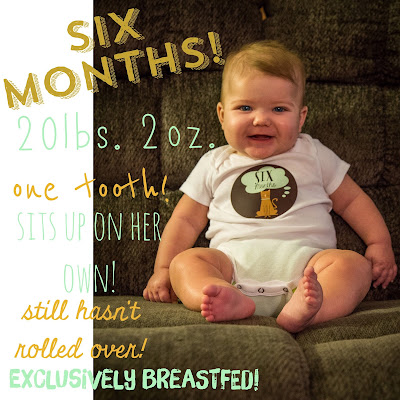 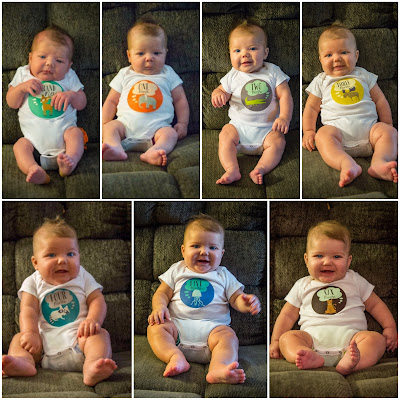 And, as always a special treat, Patrick at 6 months vs. his little sis Rosie.  Aren't they just the cutest little churros ever?!!  #YES. 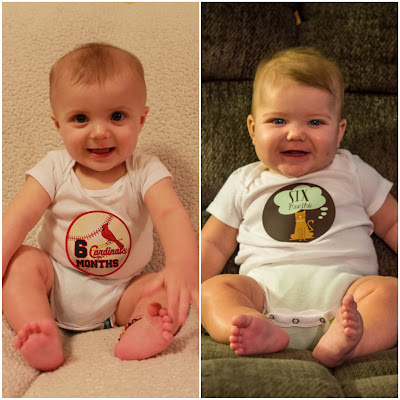 Well, that's about it.  I'm gonna go crawl in a denial hole and ugly cry the rest of the day that my baby is growing up and tomorrow will be officially closer to 1 than birth.  WAHHHHHH!  Until 7 months friends, adios!
Email Post
Labels: 6 months old growing growth milestone Rosie update