Let's start this post off with stating the obvious (cue title): Rosie and Patrick got new hats!  HOW FUN!!  Seriously, I felt like I needed to blogshare this cause, um, they are freaking adorable and my mom hit it out of the park with getting these ahhhhhdorable hats made for our little monkey and Cabbage Patch Kid. 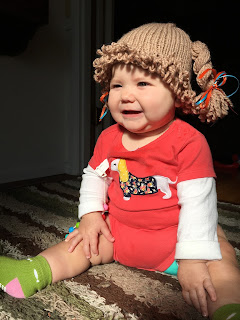 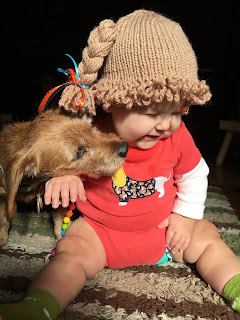 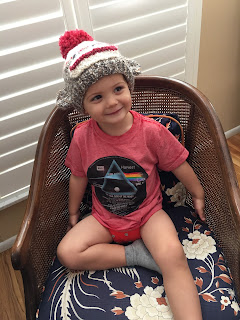 I mean, I'm not biased at all here right?!!  They are freaking adorable.  Rosie looks just like a Cabbage Patch Doll (um, #thosecheeks)... 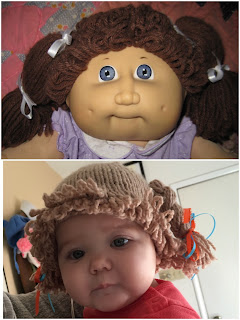 And Patrick refused to take his monkey hat off all day long (well, let's be honest, Rosie did too) -- so they were adorably-hat-clad at the park yesterday when Mike and I were both off work! 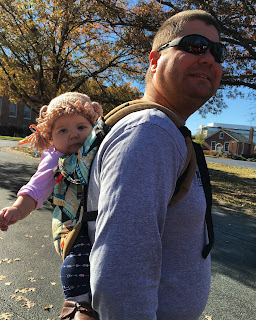 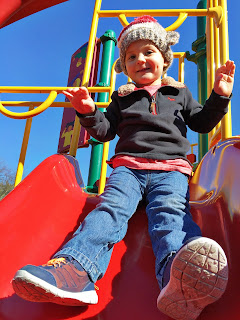 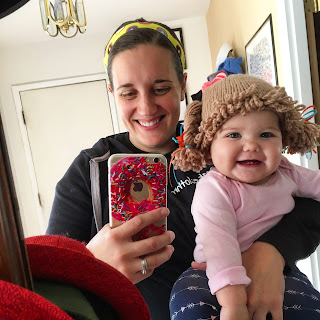 I have a feeling these kiddos are going to be sporting these hats all winter...they adorable AND warm.  WIN WIN!  Well done, NeeNee--great purchase!! 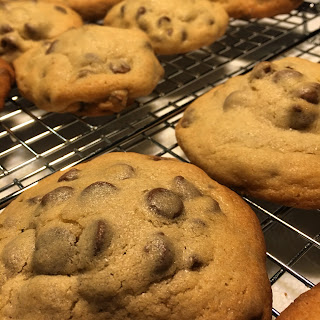 Earlier last weekend I made these ahhhhhmazing chocolate chip cookies which are really cookies that bake around a double stuffed oreo cookie.  UM, they are the best things ever, especially when they are hot and gooey right out of the oven.  Recipe will be in another post to come soon... 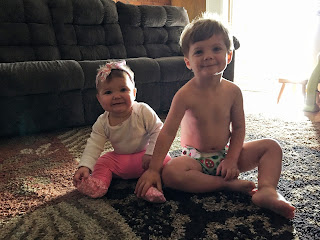 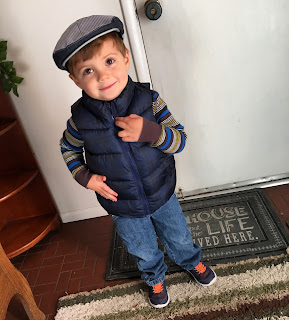 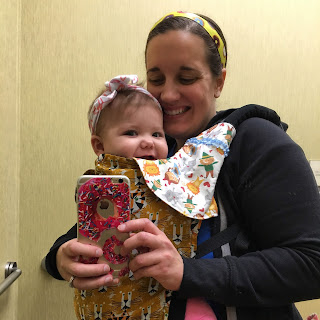 Saturday morning Mike was working so I decided to knock out some Target/Kohls shopping with the burritos in tow.  Patrick was looking fineeeee in his outfit of choice that day--I just love him in a puffy vest!  It felt like forever since I did a multi-store shopping trip with them so it was fun to get out and they actually were little gems the whole time! 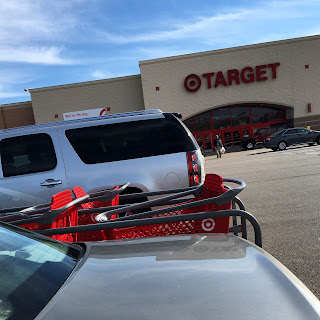 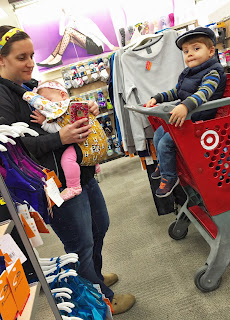 My personal favorite parking spot at ANY store is next to the cart corral -- seriously, and when there's a cart in there for me to toss Patrick in, that's an even bigger win!  I snapped a pic of us at Tarjay while we were done shopping but just walking around because Rosie was eating!  Yup--quite impressive, huh?!  Not.one.single.person.knew. I was breastfeeding my daughter during the majority of our shopping trip and I kinda felt like a badass doing it so slyly.  Another one of the infinite reasons I love my Tula. 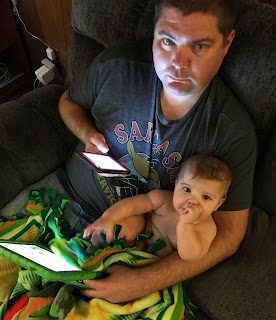 This snap cracked me up -- they both are visibly peeved that I interrupted their screen time.  BAHAHAHAHAHA! 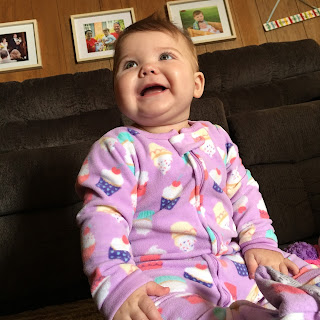 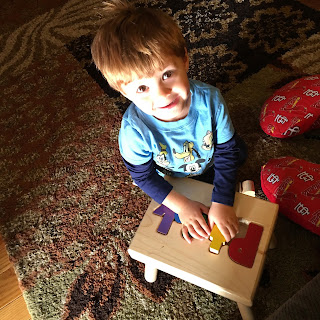 Rosie is a true pro at sitting up now, and it is so awesome.  She's perfectly content just chillin' anywhere and doesn't seem interested in crawling/moving yet (which I'm okay with!  Helllloooo so much easier!).  Patrick has figured out how to complete his name puzzle stool now and it's amazing and he's so good at it!  I swear this kid learns something new every single day. 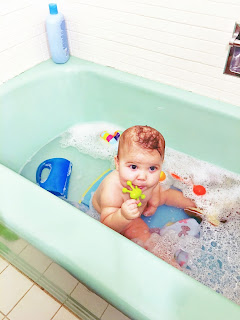 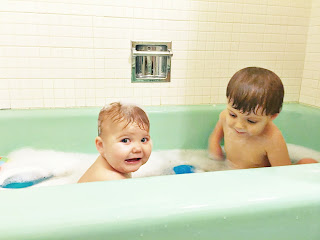 We've ditched Rosie's bath seat and she just sits up in the tub now!  When she's bathing solo (rarity) she loves loves loves it!  When Patrick is bathing with her, she's not as big of a fan because her safety net of her seat isn't there anymore as a buffer against her brother and he's allllll over her (complete with water dumps as well) and she's not thrilled with that.  I'm sure she'll get use to it soon enough. 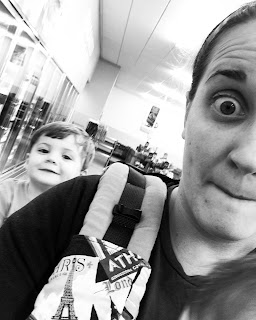 My Tula selfie at the grocery store this past weekend with Rosie was photobombed.  Hehehe.  This kid cracks me up! 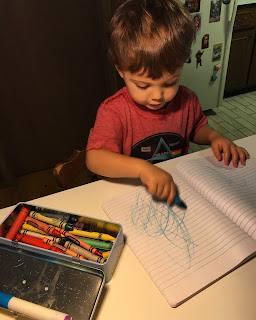 I was sitting at the counter addressing shower invites and Patrick wanted to color up at the counter with me as well, so he got his crayons box and notebook and starting creating a masterpiece.  When I asked him what he was drawing, he said, "I color choo choo train tracks."  #nailedit 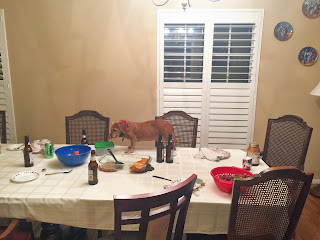 And lastly, I'll end this all over the place post with some Scooter antics: a lick attack on an unsuspecting Cabbage Patch Kid, and a 'seize the day' moment where he took advantage of food left on the table + humans not in the room to help himself.  I still don't know what he got into, but it had to be something cause he's totally licking his lips.  Ohhhh, this dog.

Have a great week friends!  (Rosie is 31 weeks old YESTERDAY and I forgot to snap her 31 week pic cause I thought yesterday was Sunday (since I was off) and today was Monday and would be able to snap it when I got home.  Oopsy daisy.  DANG NABIT!)
Email Post
Labels: family family fun hats park Patrick Rosie Scooter weekend shenanigans