Rosie girl is seven whole months old today!  Honestly, I feel like I was just typing up her 6 month post and BAM!  It's November (WHAT????!!) and Rosie is 7 whole months old.  I swear it's going by 100000 times faster than Patrick's first year did. 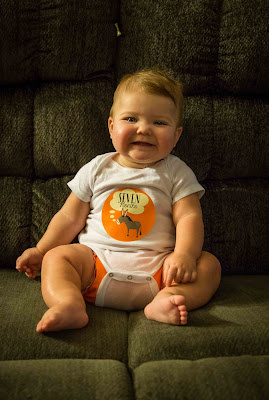 Rosie is growing like a weed.  I swear each day she discovers something new and acts way different than she did even the day before.  She's sitting up on her own like a pro, will stay on hands and knees for a bit before toppling over, can scoot pretty well on her back, and so much more!  She seems to really study things that she's got her hands on--and really try and grab things that are within her reach.  She absolutely adores her big brother Patrick and loves watching everything he does.

OMG people, I was able to get ALL 30 weeks of Rosie pics into one square collage!  Sound the alarms!  This is amazing and I feel so proud of myself...so please really enjoy the niceness and uniformity to the picture collage below. 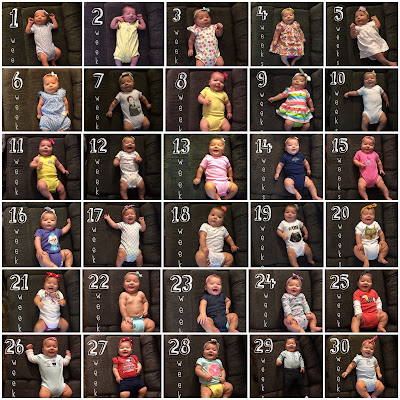 Rosie is still gaining weight consistently, but definitely slower than she did her first few months.  She's still on just mama's milk (more on that later!) so I know that's working for her for now getting all the food and nutrients she needs. 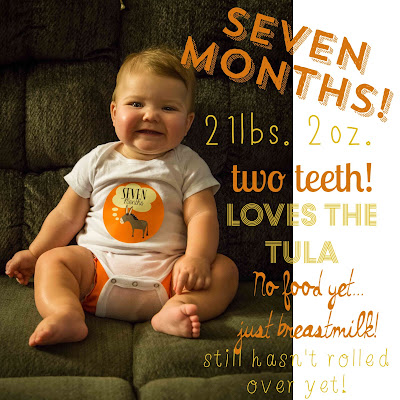 Ahhhhh, your favorite part of my monthly blog posts, right?!!  Mom stats!  We don't go back to the doctor for another well-check (and hopefully NOT A SECOND BEFORE! #pleasenoonegettheflu) until she's 9 months old, so you're going to just have to live with my unofficially official mom stats. 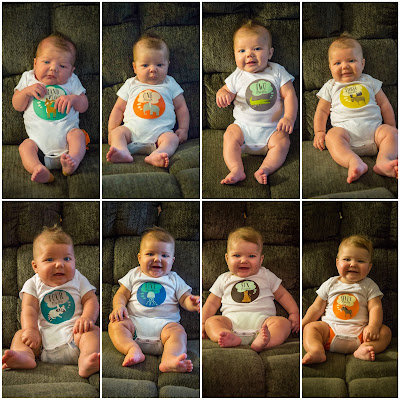 And, my favorite, Patrick at 7 months vs. Rosie at 7 months.  Love these two little non-look-alike cucumbers more than ANYTHING. 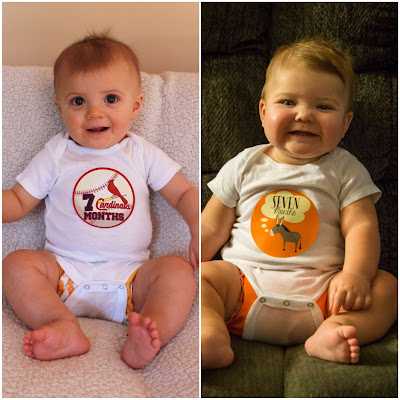 BONUS pics this month for you (exciting, isn't it?!!) -- a few candid shots in between attempting to get a smiling monthly sticker pic. 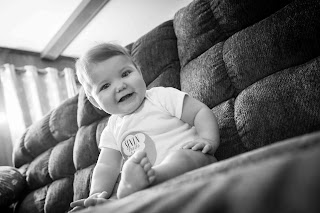 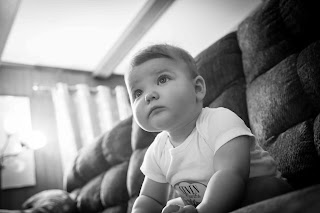 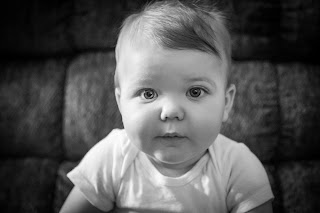 Okie dokie friends, that's about all I've got for Rosie at 7 months!  In a couple months (9 months) I'll be able to actually reference A BLOG POST about what Patrick was like at 9 months!  I still regret not blogging the first 9 months of his life (boo hiss) but I'm glad I did get back on the bloggin' horse and start back up...especially as Rosie and future kiddos get here so I have comparisons (aka digital baby book!) to look back upon!
Email Post
Labels: 7 months old growing growth milestones Rosie update