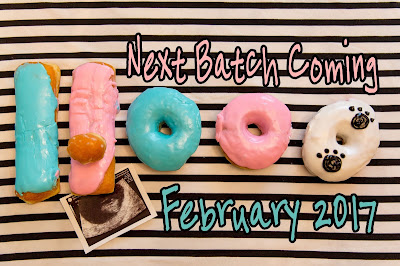 AHHHHHHH!  Guess what?!!  Yeppers -- #3 is on his/her way!  And we couldn't be happier!  We actually found out in late May so it's been oh-so-hard not to drop the ball here on the blog (although I think I've dropped some hints if anyone has picked up on them) but finally, phew, we decided to release our secret with the world and it is out!

So!  #3...he/she will be 22 months younger than Rosie and is due 2/7; however, probably will be hatched earlier than that because I'll be having a scheduled c-section again.

I have been secret blogging since I found out -- I'll publish that post in a bit -- just like I did with Rosie.  I will say, without going into crazy amounts of detail (you can read all about that if you want when I publish my weekly posts), I have been SO MUCH SICKER with this pregnancy than with Rosie's (I wasn't sick at all with Patrick) -- literally since the day I found out.  So that's been an adventure, but I'm glad I was sick during the summer in the first trimester rather than right when school starts back...so, silver lining, huh?! 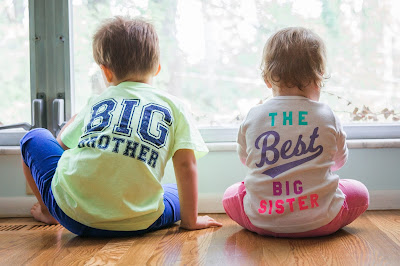 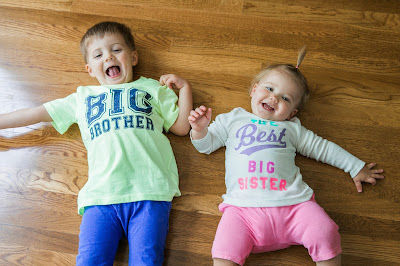 Patrick and Rosie are clearly thrilled.  Patrick 100% knows what's going on and always asks about the baby in my belly, so that's adorable.  Ro has no clue what's going on and probably won't until she's booted from her youngest child throne in February.  I really hope Misses Clinger likes this new burrito as much as she does her bigger brother.

Anyways, so, a few tid bits before I wrap up this exciting announcement post:
Okie dokie!  So that's it!  Get ready for lovely weekly updates and oodles of speculation again as to what this little burrito is!  Exciting stuff, isn't it?!  I know you're thrilled.  I promise not to overload you too much with it.  Okay, that's a lie.  But whatevs, we're excited!  And blog land is a great place to share that!
Email Post
Labels: baby #3 baby Mooney big news excited excitement exciting news family family fun happy happy heart news