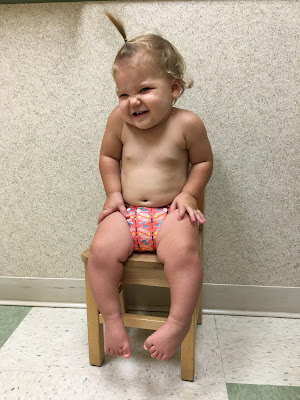 Ahhhhh, you thought Rosie's 12 month post was gonna be the last of these, didn't you?!!  Well friends, you're in for a treat: I've got another installment for you in Rosie's continuing growth saga.  I did the same with Patrick at 15, 18, and 24 months and I'll probably do the same with Ro to keep it consistent.  Plus they have checkups at those monthly intervals so it is just easier to remember to bloggity blog a post that goes along with this lovely stats pic: 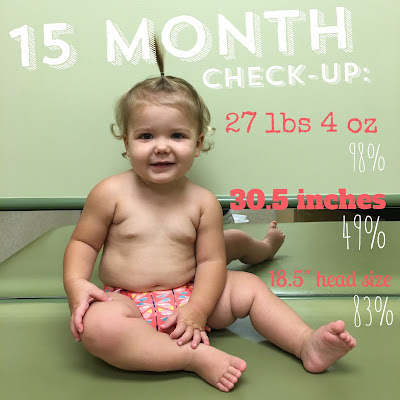 Ro had her checkup at the doc for being 15 months old and it went super duper well!  She actually turned 15 months yesterday but I decided to wait and publish this post after we went to the doc...my OCD was going a wittle crazy with that not but it's okay.  I'm coping :)

She's chubby and short -- my kinda gal.  The doc was super impressed with her growth, eating, and drinking...and said they don't worry about not walking until 18 months.  She said she's probably on the verge of trusting herself and letting go and doing it on her own, and probably will soon!  So fingers crossed she starts moving in the next 3 months so we don't have to go down any therapy roads :)  I think she's just lazy and stubborn and likes to crawl.  She's such a diva. 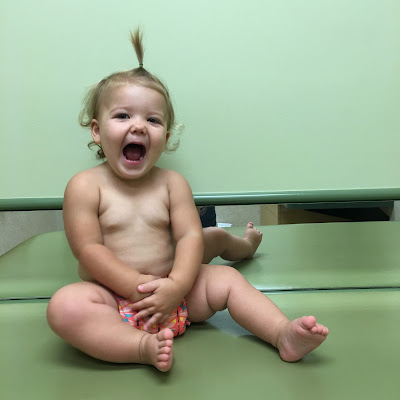 Along with those fun doctor stats, I thought I'd give some other stats about miss Rosie at 15 months old.  I've linked Patrick's 15 month old post at the end of this blog if you want to go back and compare -- I mean, that's what I did immediately when I started writing this here post, cause, I can't stop kid-comparing. EVER. 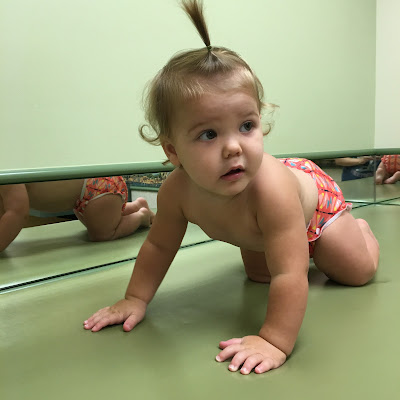 I thought I'd leave you with this little doctor's office dancin' gem...I could watch it all day!  She is such a sassy diva!