It was almost a year and a half ago when we last saw our buddies the Peters.  They live out in Seattle and we were suppose to meet up with them before our Alaskan cruise this summer but one of their kiddos was sick and it didn't work out.  But!  We were SO HAPPY today to get some playtime with them before they flew back to Seattle after visiting with their family just on the other side of the river in Illinois. 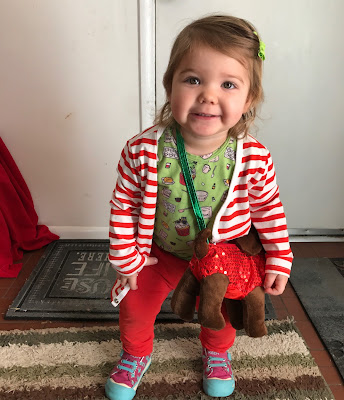 Unfortunately Patrick was at the lake so he couldn't join us, but Rosie was more than excited for a girls' day with mama and to go see her buddy Zoey, who she hadn't seen since she was just a few months old back in 2015! 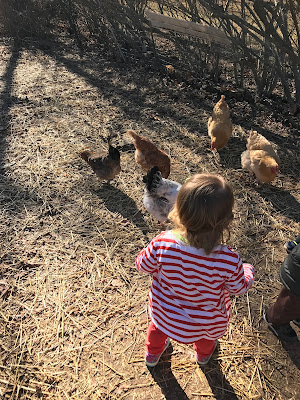 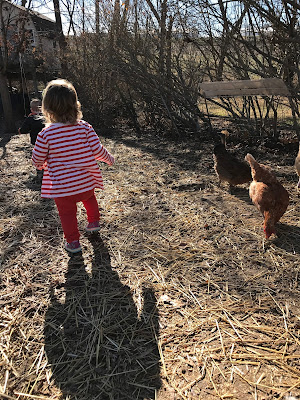 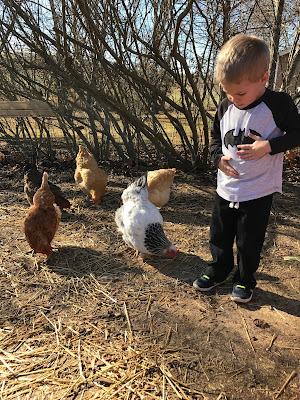 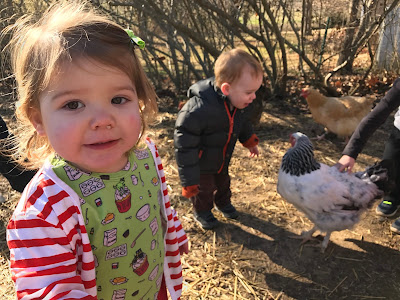 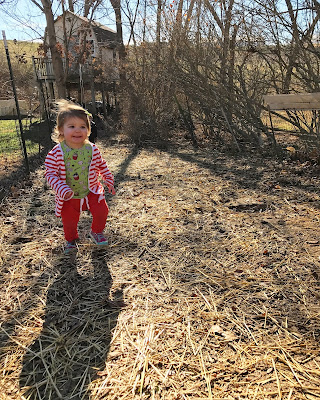 The kids had a blast -- it wasn't too chilly out (about 45 degrees but sunny and no wind!) so we played in the big backyard of Lauren's inlaws and the kiddos (Rosie + Camden and Zoey and their cousin Rory) ran around like crazy and loved seeing the chickens and creek and all sorts of other fun things that our suburban neighborhood most definitely doesn't have. 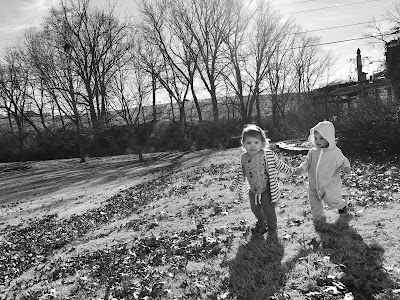 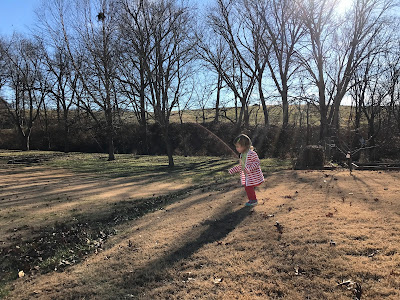 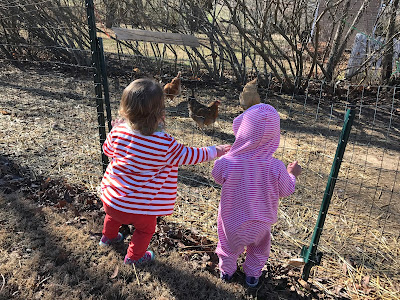 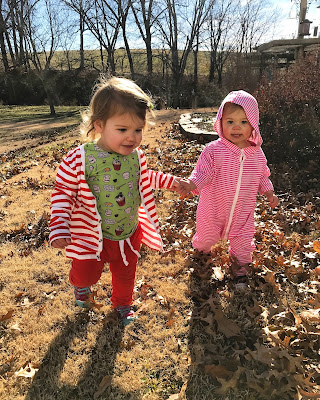 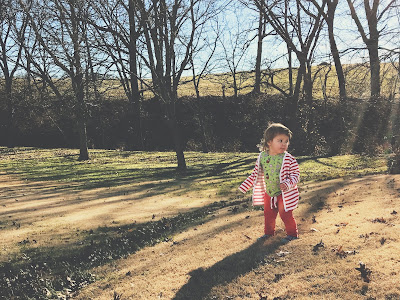 The girls ran around holding hands and it was the cutest.thing.ever.  Rosie loved playing in the leaves and running all over the yard.  I was kicking myself for not bringing my big camera cause it was a dream backyard setting with the field and creek and of course adorable little subjects running all over the place! 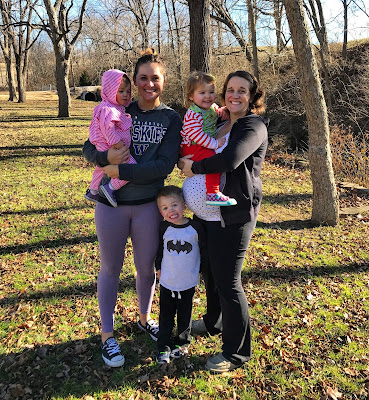 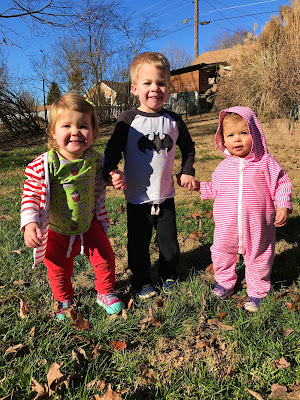 We were able to get a group pic (!!!) and a cute pic of Cam and his ladies and shockingly there weren't any meltdowns!  I was nervous cause Rosie can be a bit of a clinger lately and diva but she had a blast running around with them.  I was SOOOOO happy to see Lauren and get to catch up with her!  We talk almost every day, but it's so nice when you actually get to see you friend IN PERSON and chit chat the morning away while your kids play together.

Lauren and her crew were heading back to Seattle later this afternoon and we had to head home and each lunch and take naps because we were planning on going swimming later in the afternoon.  It was just the best morning to get to see our friends from afar and it's even better that our kiddos are so close in age and got to play together!  I will look forward to our next visit with them, which hopefully will be sooner than later :)
Email Post
Labels: buddies family family fun friends Rosie