Well guys, it happened.  I said it wouldn't until after Christmas when I was officially on break, buttttttt I had a completely free day yesterday thanks to a rescheduled photoshoot and yucky cold weather and I decided, "WHY NOT?!" And did it.  The merger happened. 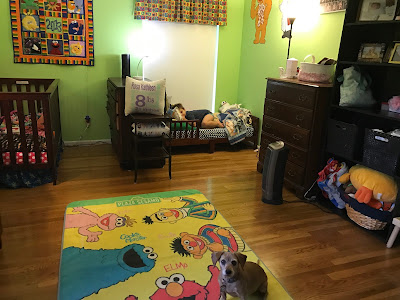 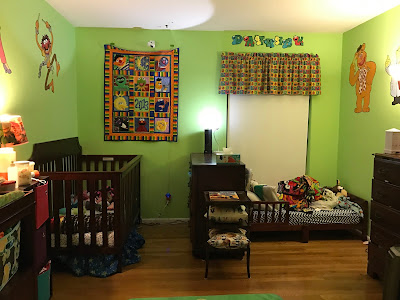 The kids are officially sharing a room!  Gahhhh!  I'm shocked that it took me only about 3 hours for this merger to happen; I completely cleaned out both kids' rooms, moved all of Patrick's stuff into Rosie's (or "their" room now), and got all of the baby stuff out and moved and set up in Patrick's old room.

I set it up with a dresser separating them so they can't see each other when they're sleeping (and Rosie can't see Patrick regardless as long as he's not standing on his bed) so to kind of give them each their own space. 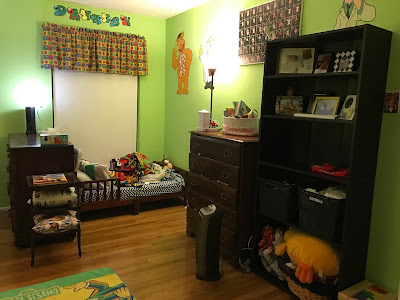 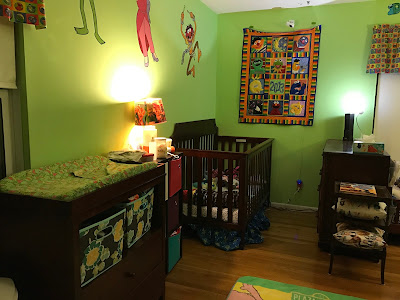 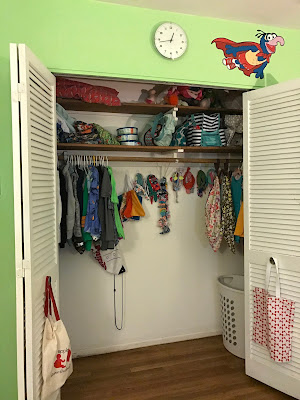 Now, I was nervous as to how this was going to go down.  Nap time was our first test.  It didn't go horrible, but not great either.  I knew it'd take some adjustments. 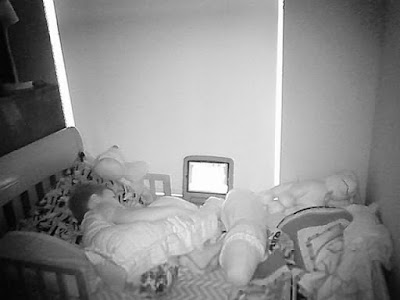 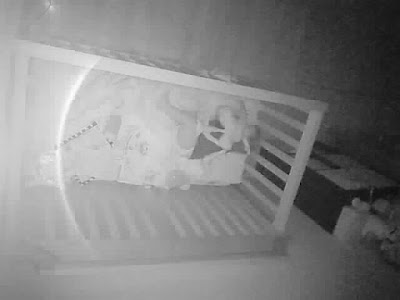 Patrick parked it in his bed watching his iPad (his usual "nap" agenda) and Rosie was in her crib.  Well, sister bear couldn't forget that Patrick was in there and kept going from laying down and standing up and talking.  Patrick was awesome and just laid in his bed watching his iPad ignoring her.  After an hour and a half I pulled Patrick out to sit on the couch and Rosie instantly fell asleep.  I just think it'll take a bit for her to get use to another human in her room for siesta time. 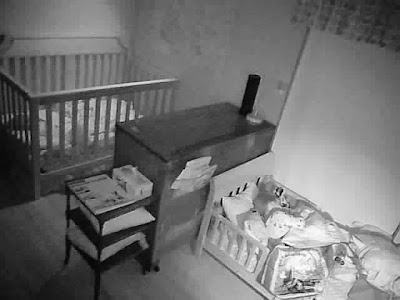 Bed time I was nervous about too, but confident they'd do okay.  I was right!  Patrick usually is SO TIRED come 8pm he just wants to fall asleep.  Last night was no exception -- we watched on the camera of him standing up on his bed saying something to Rosie and then after 10 minutes he finally called for us and we went to check on him and he said, "Mommy I want to go to sleep but Rosie won't stop talking!"  We told him to ignore her and just go to sleep and she would too.  About 15 minutes later both of them were snoozing and I called it a victory!

About 7:30am this morning I saw on the camera Patrick was awake but we told him to sit in his bed and read his books and to NOT wake Rosie up.  Well, about 7:45am he went over and literally put his hands through the bars and shook Rosie awake.  He told us he knew not to do it but was just too excited and wanted to tell Ro about the snow.

Anyways, I totally think it went swimmingly well for their both night bunked up and I have high hopes about their future room sharing together.  I know there'll be hiccups and bumps but I think overall it'll go really well.  We were going to move Patrick into a double bed but have held off for a bit to leave him in his little bed while he gets settled. 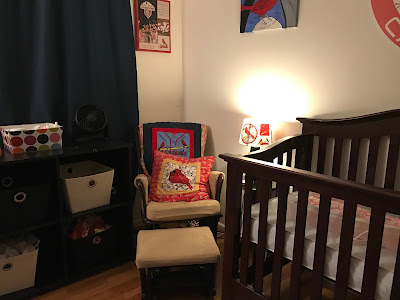 I'll end with a little sneak peak of #3's room -- literally all I have to do is wash his/her clothes, sheets, and diapers and we're all set!  I cannot believe it!  Just 6 weeks from Tuesday and I'm sure it's going to flyyyyy!