Last night Patrick had his very first concert at his school!  To say he was excited about it was an understatement -- he literally COULD NOT WAIT!

As soon as we pulled up in the parking lot he was screaming from the backseat, "Let me out!  I need to run inside and see my friends!!" He couldn't wait to see his buddies and get to singing!

Once we got inside (both sets of grandparents and KiKi joined us too!) we got a row in the church and so.many. little friends (from his class) came up to Patrick to say hi and it was so cute seeing him interact with all of the kids he talks about day in and day out.

The nice thing about this concert was that it was short -- like 15 minutes start to finish!  Perfect for those short little attention spans of the 2-5 year olds at his school. 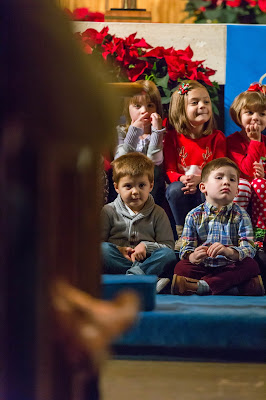 When it was time to get started all of the kids got to gather up on the alter for their big singing debut.  Fortunately I had an aisle seat and Patrick was sort of seated in the middle so I was able to snap a few pics of him, thanks to my big camera and 200mm lens! 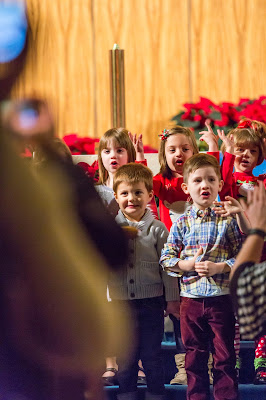 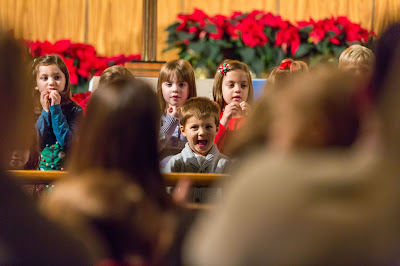 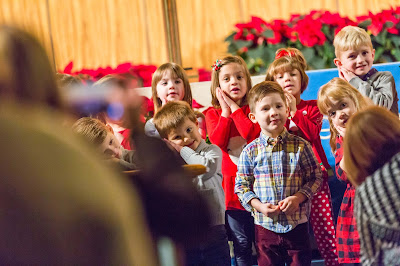 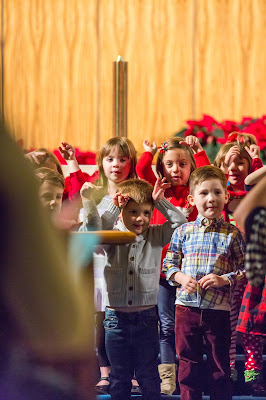 I mean, how cute is he singing along with the rest of his classmates?!  I died.  It was one of the cutest things I've ever seen and I was so glad he was not like his mama was at these things and just stood there and stared blankly into the crowd.  He's much more animated than I am! 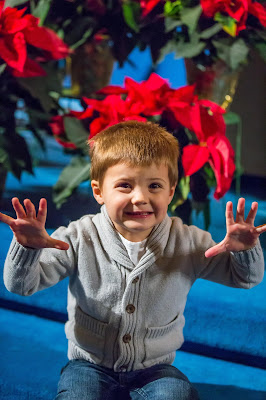 After the concert they had snacks (and some running around time for the kiddos) in the gym -- he LOVED that.  BUT!  Before we turned him loose we had him and his bestie Emma take a picture together and it's like the cutest thing EVER. 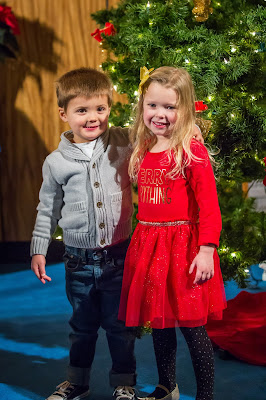 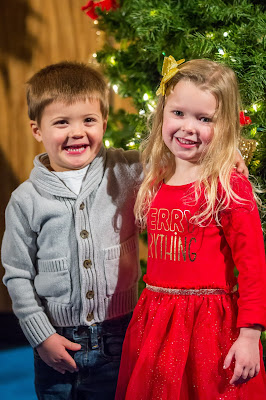 Seriously.  THAT LAST ONE!  How freaking sweet are they?!  I can't handle it!

Anyways, so after the concert Patrick got to run around with his buddies and Rosie was a stage 5 clinger until about 2 minutes before we were ready to leave then she decided she wanted to run around too and play (#typical).

All in all it was such a great night and such a fun concert for Patrick and his family!  Yesterday I did enroll Patrick in the Pre-K (4s/5s) program at his current school for 2017-2018 -- we love his school so much and are so excited he'll be there again next year!  And he keeps asking for Rosie to come to school with him too...so we went ahead and applied for Rosie to get in the 2s preschool program there next year for a few days a week...fingers crossed they aren't too full and she gets it!