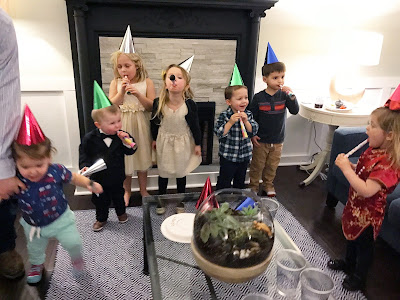 Last night we had a great New Years' Eve with our friends.  Mike had to work at 11pm (and actually had to work 12 hours until 11am this morning.  Yuck.) but we were able to take the kiddos to a kid-friendly party with all of our buddies and then still be in bed by 10pm!


How adorable are the kiddos saying Happy New Year?! Shocker, Rosie wanted nothing to do with a group picture (the top pic is the best I could get. sigh.) so naturally she wasn't in the video either.  Oh well.  Maybe in 2017 she'll not hate group/posed photos as much and cooperate more.  Fingers crossed.  Haha! 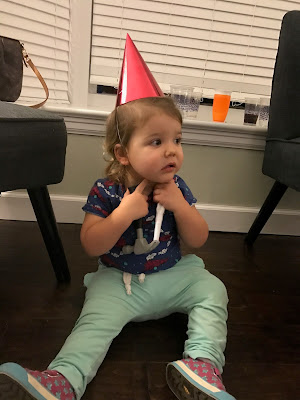 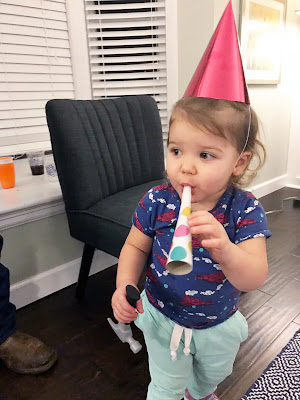 The kids had an absolute blast running around with their friends and celebrating the new year (albeit a tad early) and Mike and I enjoyed getting some adult time and conversations in while the kids played in the playroom. Win win for everyone! 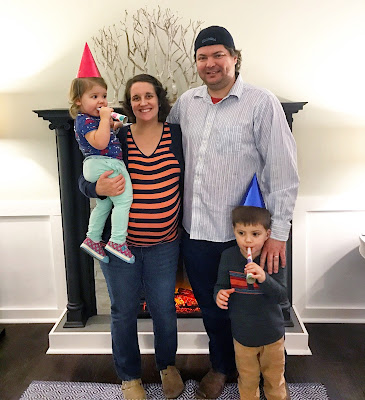 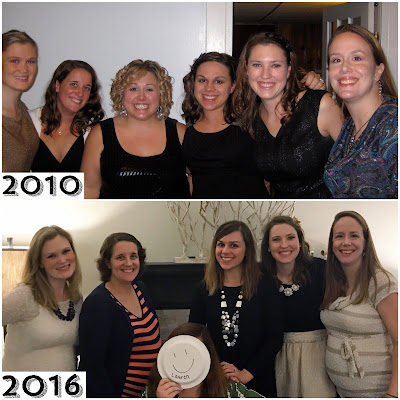 Yesterday on Timehop the top pic from 2010 popped up and I text my friends that we needed to recreate it again!  So we did, minus Lauren (who was at another party and we improvised with a stand-in for her :)...what's crazy is that in 2010 two were married and no kiddos (although Courtney was pregnant with Charlotte) and then BAM!  In 2016 all married, 7 kids now and 4 more on the way!  So crazy!  Life does that, doesn't it?! 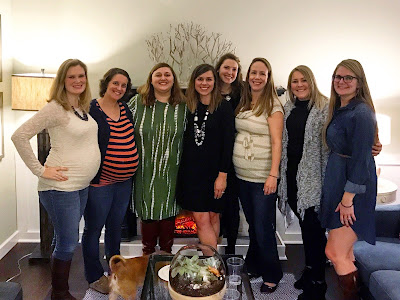 We then had to get a group snap of all of us ladies and it was so great to spend NYE (or part of it at least!) with our closest friends before calling it a night. 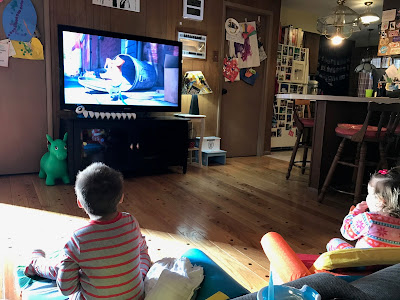 The kiddos both slept in till almost 9 (!!!) -- although I was up a little after 7.  Typical. -- and Patrick said he was still tired when he got up so he asked to watch Secret Life of Pets for the second day in a row and I happily obliged cause the less I have to get up and move these days, the happier my back and ribs are!

We are just hanging out today and then having dinner at my parents before hitting up fireworks in downtown Kirkwood later tonight (which both kids are super excited about!  It's our yearly New Years tradition!).  I hope everyone had a great New Years' Eve and 2017 is just the best year yet for everyone!  Happy New Year friends!
Email Post
Labels: family family fun happy new year new years new years eve NYE party Patrick Rosie