Last night we were forecasted to get a few inches of snow, which is like a monster major news story in STL.  I was wondering if Patrick's preschool would get canceled or not -- and even though I didn't have school I was up before 5am looking to see if he was off or not!  I guess my love for snow days (and potential snow days) cannot die off easily...even if I'm not the one getting one! 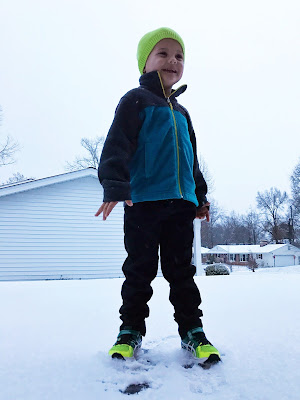 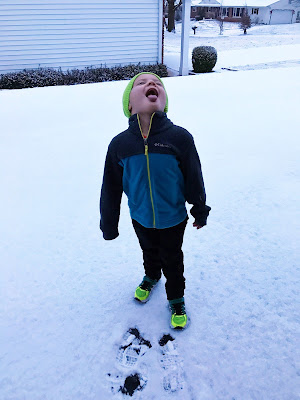 So Patrick had school, so I got up and got him ready and he FLIPPED when he saw the white stuff on the ground.  We snapped a few driveway pics and headed off to school.  The roads were a bit slick but not too bad...so definitely good that he went to school!  There were a TON of schools who were off though so there wasn't a bunch of traffic out so it didn't take us much longer than our normal drop off to get to school.

I got home and felt like I had been hit by a bus, so I laid down for a minute and the next thing I knew it was 11am (!!!) and Mike had already gotten up and gotten Rosie breakfast!  WHATTT?!!  That NEVER EVER happens.  I guess I really am getting to the end of this pregnancy because holy fatigue this morning.  But I felt great once I got up and moving.  Mike decided to go to the gym and swim so Ro and I got our snow stuff on, I grabbed my camera, and we went out to play in the snow for a bit before we both got too cold and had to come in. 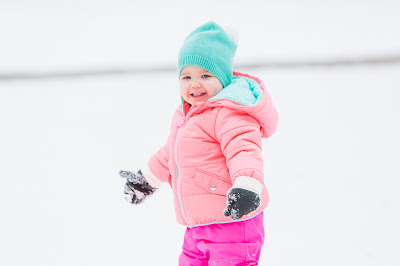 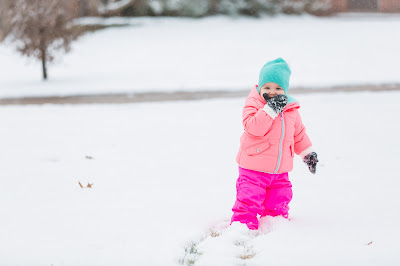 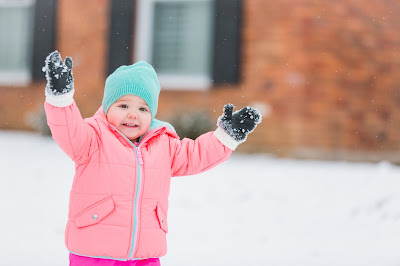 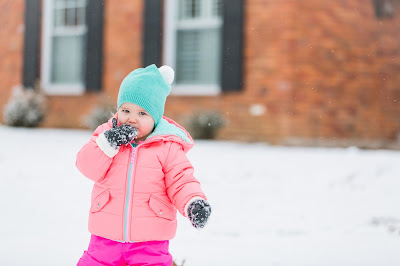 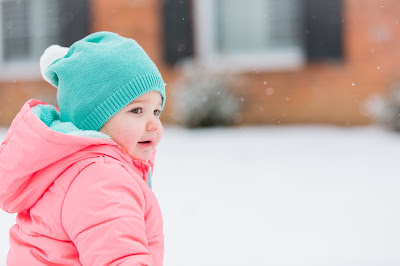 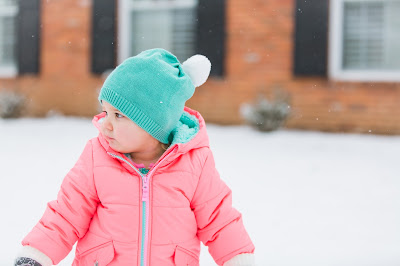 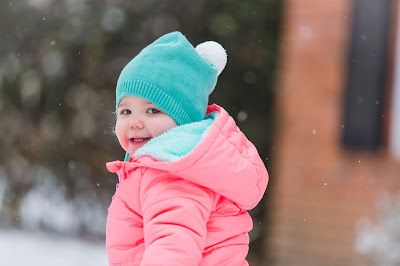 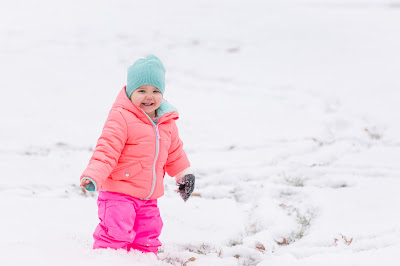 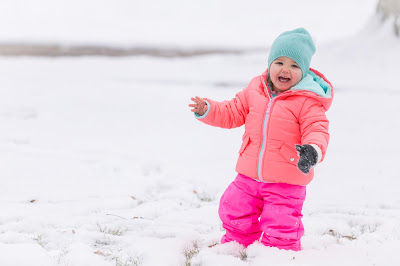 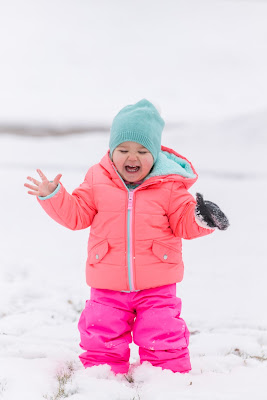 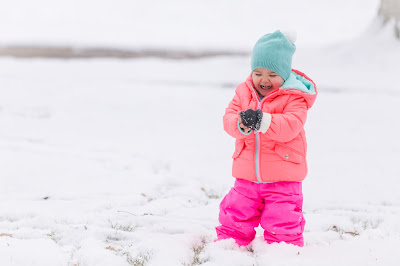 Ro had a BLAST.  She loved it!  And nevermind her not coordinating pinks snow suit.  Whatever.  It's the only one I could find!!  But she had so much fun and loved running and falling into the snow and it was just the cutest thing ever.  After maybe 15 or 20 minutes I was freezing and Ro's gloves were soaked so we decided to wave our white flag and come inside.

I'm sure Patrick will want to play too when he gets home...so we may go back out (or I'll save that for Mike's fun day with them tomorrow while I'm chaperoning a retreat at school!) orrrr just stay in the nice warm house instead.

Anyways, it was a fun snowy day 'round these parts and I hope for a few more before winter is over so Patrick can get some snow play time with his sissy too!  Hope you're staying warm friends!
Email Post
Labels: cold family family fun Patrick Rosie snow snow day winter