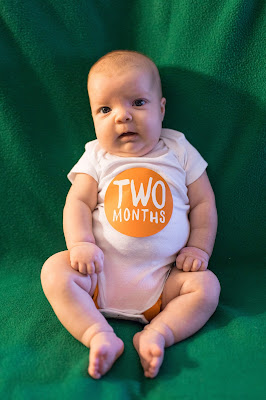 Annie is TWO whole months old and I swear I blinked and BAM.  8 weeks have passed instantly and our littlest lady is two months old.  I cannot believe it, because time is going by at lightning speed faster than it did with Rosie and even my pregnancy with Annie! 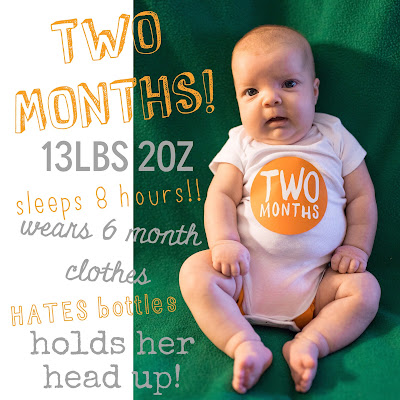 I'm keeping with my weekly snaps of Annie (much like I did with Rosie) over on Instagram (I keep all of her growth pics tagged with #growAnnieMgrow) and adding another challenge to the mix: having Annie wearing a different June & January outfit for all 52 weeks of the year!  So far I'm 8 for 8 being 8 weeks in...so here's hoping it continues to go well and I get creative with the J&J outfits so I don't have any repeats!  Haha!  I do love these weekly snaps though and watching little miss Annie grow and grow! 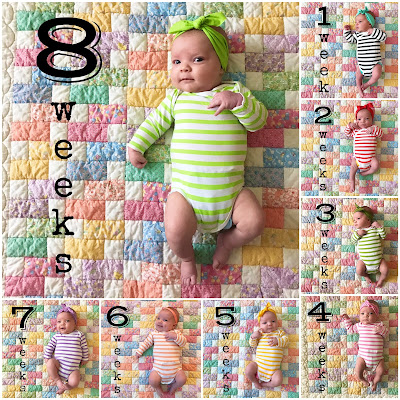 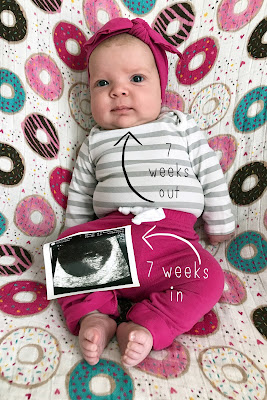 And I added text this time so as not to freak out anyone that it was a pregnancy announcement!  NOPE NOPE NOPE.  Just a comparison pic (you know I'm a sucker for those!) of Annie at 7 weeks in (jelly bean!) and 7 weeks out.  She's grown a little bit, you think?!

We have Annie's 2 month checkup next Tuesday, but until then here are some fun mom stats for you of our littlest gal at 2 whole months old! 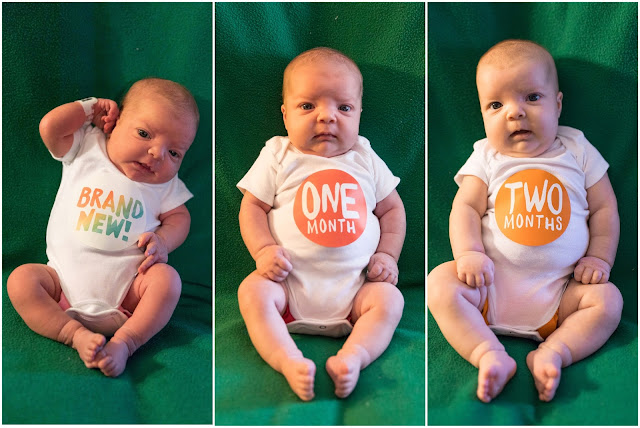 Andddddd (my favorite!) here's all three kiddos at 2 months old!  My oh my how similarly different they are, aren't they?! 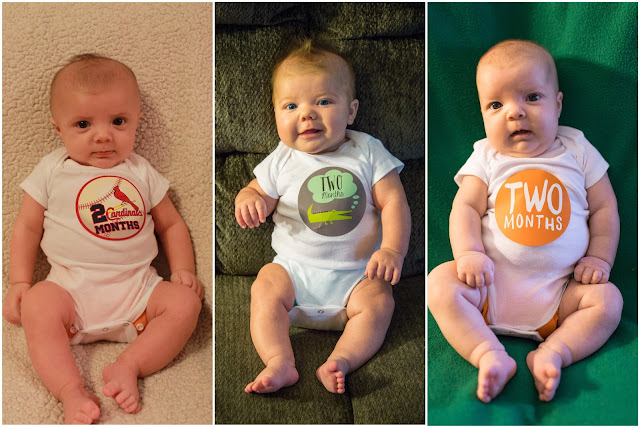 That's all I've got for Annie's 2 month post!  I cannot believe she's 1/6th of a way to a year old!  It's going wayyyyyy too fast again!  I can't handle it!  We love you so much Annie girl!  Until 3 months friends, adios!