First off, I want to note with these pics that I DELETED THEM OFF OF MY CARD.

Yes, you read that right...so I took them the other afternoon and what I usually anytime I take pics, either professionally for my clients or personally, is when I get home I immediately take the SD card out of my camera and import my photos onto my computer and backup on my external harddrive.  Then I don't reformat that SD card until those photos are edited, delivered, and backed up again.

Welpppppp, the other afternoon after I took these pictures I set my camera down and went to feed Teddy and totally forgot I took them (proof that children have fried my brain).  Then when I picked my camera up to take some pics of Teddy, I instinctually reformatted the card that was in my camera and immediately realized OH MY GAWD I NEVER IMPORTED THE PICS I JUST DELETED! AHHHH!

Even though my stomach sank I was so glad I did this with personal photos and not client photos...which God forbid will hopefully never happen!

Anyways, I found a recovery program online and was able to get them back so whewwwww!  Crisis averted!  And now I can share them with you all!

So Mike got home from court and had his uniform and Patrick put his on and I found the police onesie from when Patrick was a baby and popped Teddy in it and volia!  Police Mooneys! 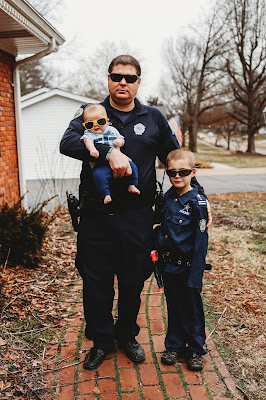 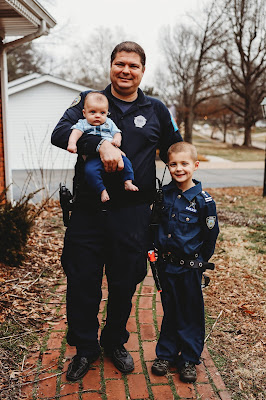 It was like 30 degrees out and Ted was cold so he went inside (haha Mike put him in his seat inside) and then we snapped a few others of Patrick and Mike. 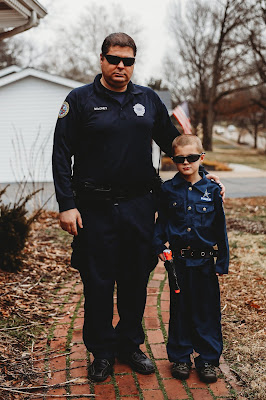 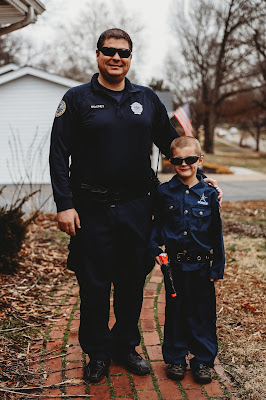 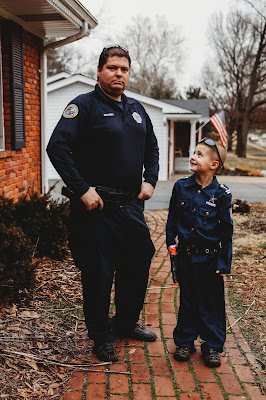 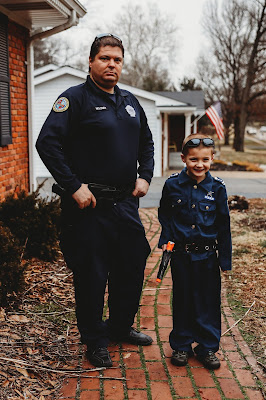 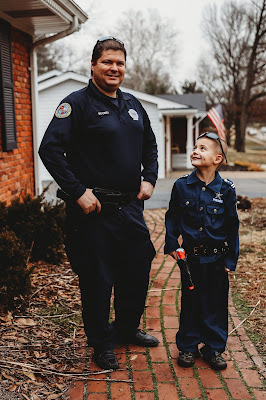 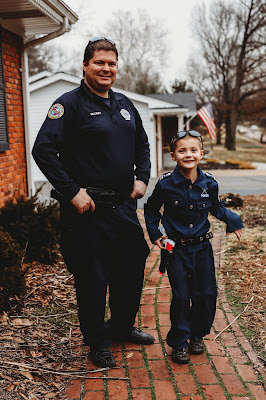 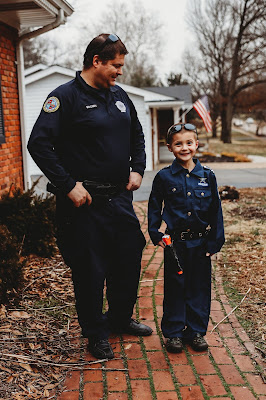