Just a little post shouting-out to my two favorite dudes! 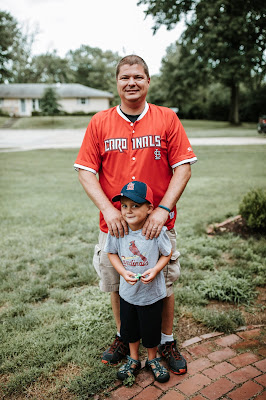 I mean, HOW FREAKING CUTE were they before heading off to the {rainy} Cardinals game on Tuesday night?!?! 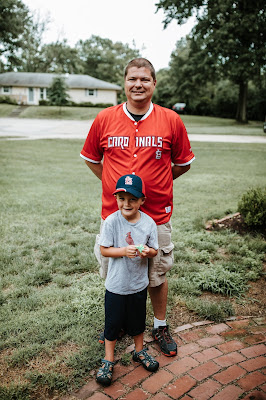 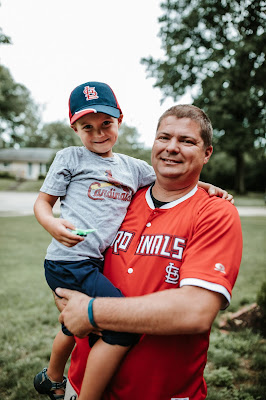 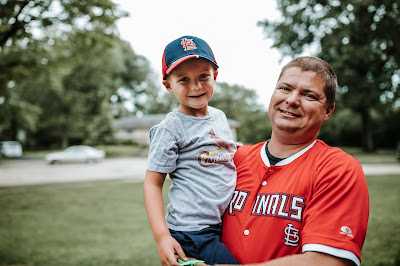 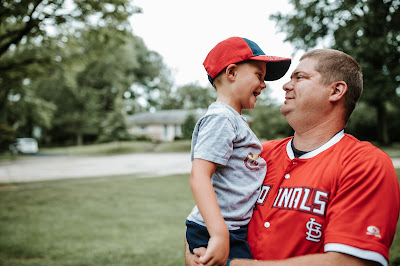 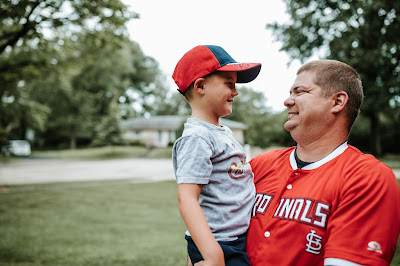 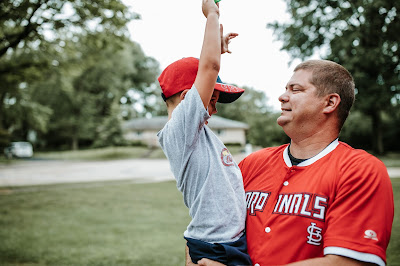 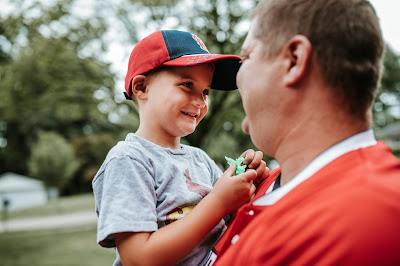 I just love these two boys of mine!

They had a BLAST at the game -- and lucked out having seats under the overhang so with the rain delay they weren't wet at all! 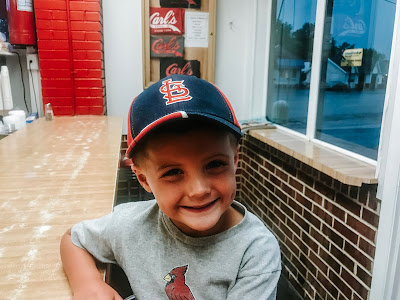 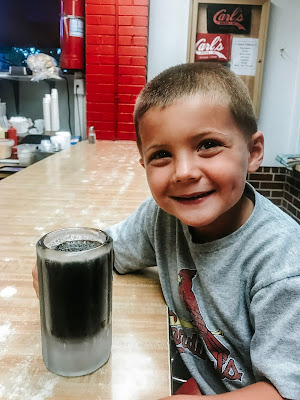 They had a very special date to Carl's Drive In for dinner before the game and then made it to the SECOND INNING before having to head home at 10pm! HAHA! 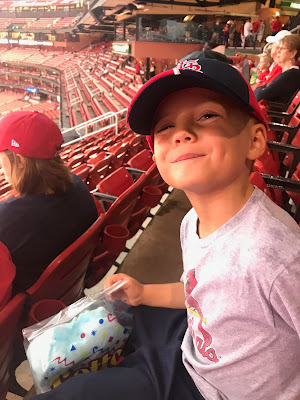 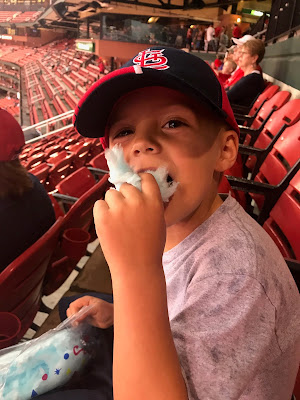 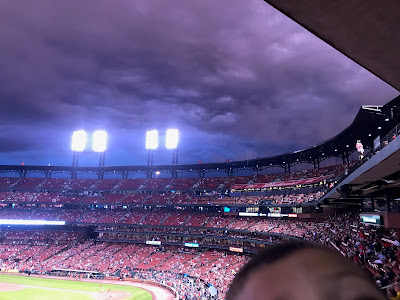 I think these two would have stayed so much later but Mike had to drop Patrick back off at home and then haul it back to work to get there by 11pm.

It was a bummer they only got to see two innings but they saw two awesome innings with lots of home runs (or two rounds of fireworks, as Patrick described!) and great Cardinals action.  Good thing they were free tickets, huh??!  Not too bummed then having to leave in the 2nd inning.

Anyways, just love my boys and love that they got to spend a fun night together just the two of them!  Just the best!
Email Post
Labels: baseball boys family family fun game Mike Patrick St. Louis Cardinals