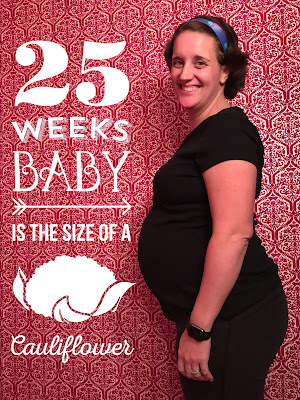 HELLLLLLOOOOO 25 weeks!  I don't know why but it feels like a milestone when you hit 25 weeks.  Babe is viable IF he/she would need to come out now (although I hope not and they stay put for 14 more weeks) and you're just a few short weeks away from that third trimester.  It's truly flying by! 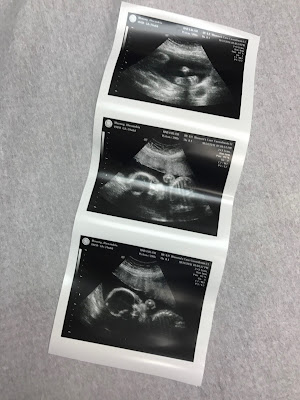 I had my almost 25 week appointment and ultrasound yesterday with my OB.  And, you guys, I am in SHOCK with what I'm about to write: guess who doesn’t have placenta previa anymore?!!  Yup!  The ultrasound tech said as soon as she scanned my belly, “Remind me again why you’re in here?” I said, “Complete placenta previa.” She said, “Uh, no you don’t.   Your placenta is anterior (front of uterus) but no where near your cervix or uterine scar.”  I about died.  I couldn’t believe it!  When my OB came in she said she was shocked -- she even pulled up my ultrasound from 20 weeks to see exactly where the placenta was and she said it was completely covering my cervix and scar...but now, almost 5 weeks later, it isn’t anymore!  She cannot believe it moved, because she said, “It really doesn’t ever do that when you had what you had!” But yay!  It’s gone!  No more restrictions!  And baby is measuring gigantic already at 2lbs in the 88th percentile so she had me cancel my next appointment’s ultrasound but keep the one after that to check on growth and fluids. 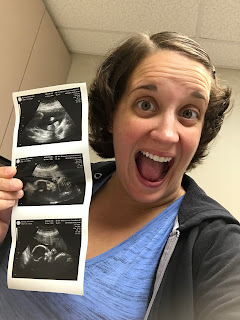 Other than that, my appointment was short and sweet.  Heartbeat was in the 160s and my doc even saw #3 kick on the outside 2 times while she was using the doppler on my tummy!! 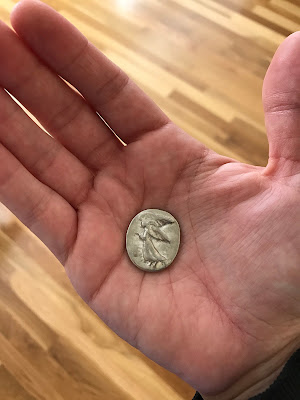 What's crazy is that on Saturday at one of my mini - sessions one of the grandpas noticed I was pregnant and gave me this pendant and said to keep it on me -- it's a mother's angel.  He said it brings good luck to pregnant mothers.  Ummmmm, how crazy is that 2 days later I get the best news about my placenta moving and moving me out of high risk and back into a normal pregnancy?!!  Just amazing and maybe a touch of a miracle from the Big Guy upstairs :)


Here's a little video I caught last week of #3 kickin' away!  It's been great to finally feel him/her moving A LOT (since I didn't really early on like I did with Rosie) and even be able to capture some of his/her kicks and punches on camera!  You can most definitely feel these out the outside too now!

So that's about all I've got for week 25.  Just a few short weeks left until the third trimester (WHATTTT!?!) and I cannot believe it.  I go back in 3 short weeks to my OB (and get to do that lovely glucose drink, which I actually don't mind) and then I start every 2 week appointments after that.  Let's hope and pray I pass my glucose test next time...cause last time I totally bombed it (cause I ate lunch right before!!) and I swore I'd make it a first thing in the morning appointment, but, alas, it's at 1:45 and I'm sure I'll be starving all day long.  No mid-morning peanut M&M snackings for me!  Until week 26 friends...adios!