What.a.week!  A few weekday photoshoots, lots of work and school, and now a jam-packed weekend with 2 weddings (to attend!!) and several photoshoots before the workweek starts back up again.  I'm kinda exhausted just thinking about it! 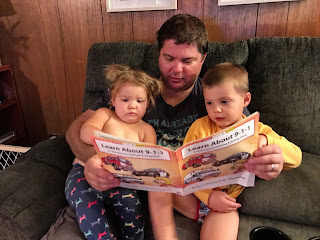 So!  What's been a'happenin' this week?!  Well, Rosie turned 18 months old, I hit 23 weeks pregnant with #3, and Mike was off Tuesday through 11pm this Sunday and it has been GLORIOUS to have him home and awake with us!  The kids have loved having daddy to themselves all day long (see above) and fully taking advantage of his "off" time. 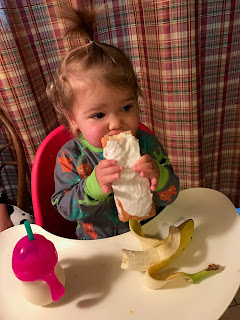 We had donuts one morning and Rosie has developed her own signature way of eating them, which is actually not pictured above.  She will usually just eat the icing off of the top of the donut and leave the "carbs" alone or 'accidentally' drop them on the floor for Scoots. 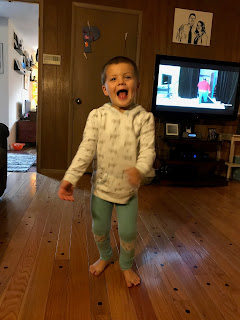 Patrick has been absolutely LOVING school and loves going every single day which makes my mama heart so happy and even relieved he loves it so much!  The above outfit I snagged at Target and thought the sweatshirt was cute but pants I wasn't sold on but since it came in a pair I bought it and since it's been chillier out and OMG the pants are LEGGINGS!  I died laughing.  Needless to say this will be an AT HOME outfit (the pants at least!) and not one he'll wear to school.  Haha.  He loves it though!  Mike, not so much. 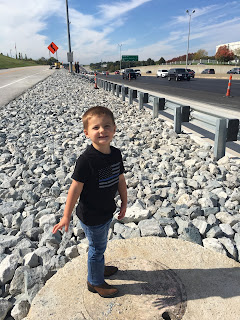 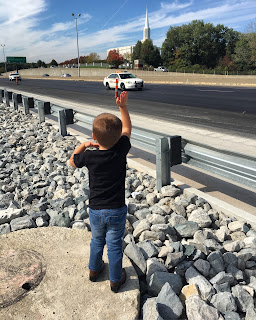 Last week a STL county police officer was shot and killed while responding to a call.  Officer Blake Snyder left behind a wife and a 2 year old and whenever I see or hear anything about this I fight back tears.  I just cannot even imagine.  So so so awful.  My thoughts and prayers have been with his family and the entire law enforcement and first responders community ever since.

Mike took Patrick to watch his procession yesterday and it literally was gut-wrenching to see the pics he took.  We are so proud to be a LEO family and the outpouring of support from both the community and media was just amazing.  But I hate that it took a police officer losing his life for it to happen.  I hope I never have to post again about something like this because it is quite literally the worst thing ever to happen or to even think about. 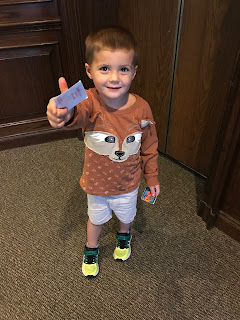 Switching gears, earlier this week I took Patrick to get his flu shot (Ro got hers at her 18 month appointment) and he was a CHAMP.  He told the nurse he was going to be brave like Scooter (who has to get 2 insulin shots a day...everyday) and he was!  Not a tear shed for my big guy and he got 2 stickers and a special treat from Walgreens on the way home.  He's growing up so fast! 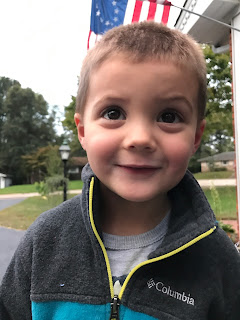 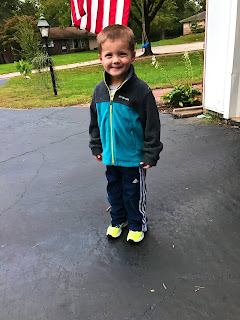 And how freaking handsome is this dude?!  He got a new jacket and said on the way to school, "Mom take my picture in my new coat!" DUH!  I happily obliged.  He is turning into such a little ham! --or should I say more of one?! 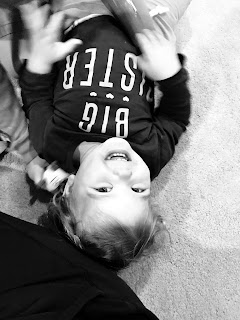 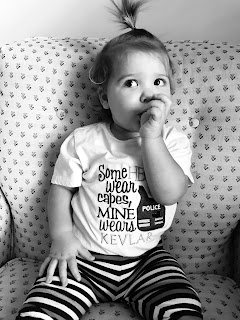 Just a few black and white snaps of Rosie from some recent #MooneyBlackandWhite366 posts.  Gosh I can't believe we're less than 100 days away from 2016 ending.  CRAZY! 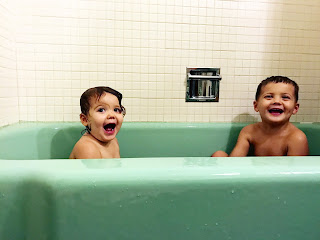 And I'll wrap up this hodge-podge of a post with a bathtub snap of my burritos...who still love bathing together and mostly keeping the water in the tub.  Crazy to think a year from now there'll be THREE little monkeys in that tub.  My oh my how time is flyin' by!  Anyways, have a good weekend friends!
Email Post
Labels: family family fun Friday LEO family Patrick Rosie this & that