Two things I am getting some serious lessons in lately. And truly, there’s absolutely nothing I can do about it...and that’s the hardest part: it is out of my control.  Which many things in life are this way, but something like this is particularly a challenge to ‘let it go’ and just sit and wait. Gosh so freaking hard.

As I sit here type this I *THINK* I *MAYBE* felt a teeny tiny kick?! Maybe?!! It’s happened a few times and of course now that I’m focused on it nada more but I’m savoring in that I think it was a kick. Which would make sense that it was because he was no longer breech but head down at my ultrasound today!

So speaking of that — oyyyyyy what.a.day. So I had been waiting since Monday night on a birth mama to deliver. Got a call at 7am to come to the hospital in the next hour or two because they were going to attempt to do a produce to get her going that could result in an emergency csection so wanted me there to snap it just Incase. Okie dokie, off I went after a restless night of sleep (again, what’s new?!) after I dropped Annie off. Well I got there about 8:30 and then doc didn’t come back until 11! Eekkkkkk! I had to leave by 12:30pm for my own ultrasound and appointment...so I had given my amazing backup photog the heads up the night before and she headed that way then cause it looked like she’d be snapping it. Welp, long story short she came, no baby yet, and I left for my own appointment leaving the birth to be captured in her more than capabale hands now. What a relief to have such a great backup photographer I can count on and trust at the drop of a hat! Love you Victoria! 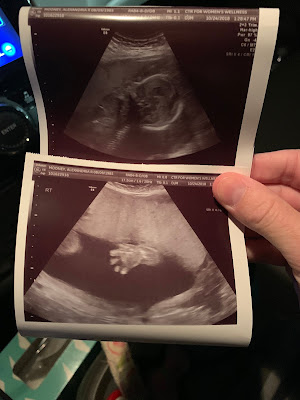 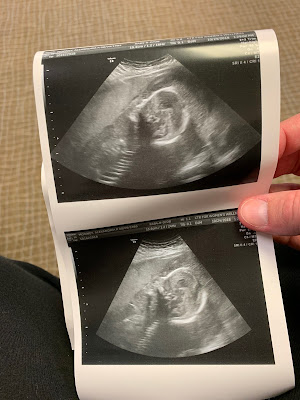 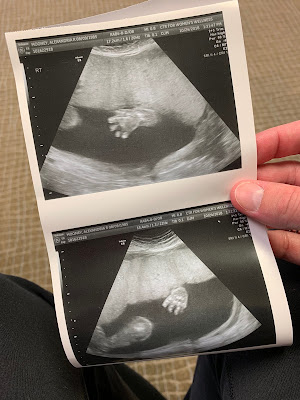 I got to my appointment on time — had an ultrasound first and then meeting with the high risk doc. Ultrasound went well — Clark man is still fighting away in there! His heart rate was a bit lower at 125 today but everything else looked about the same as it had last week. I mean to me he looked more puffy but he’s also a week older so could just be growing?! I don’t know. He did have his one hand unclenched and is that not the cutest little marshmallowy hand you ever did see?! Mike came with me to my appointment too so that was nice having him there. 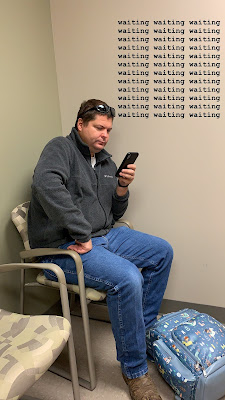 We then had to head to the high risk doc’s office to meet with him. And this is unfortunately where anything ‘new’ stops. He didn’t have too much to tell me (Mike had to leave to get Patrick from school) because he didn’t have the ultrasound results yet and the report he did get didn’t have anything noteworthy on it that it brought up, and some of my bloodwork and full amnio results weren’t back yet...so more waiting. More patience and more waiting. He did say the bloodwork that has come back already was all negative (for any environmental causes/exposures)...so we wait. And wait some more. One thing he cautioned me to look out for is pre-eclampsia signs (thanks to all of the fluid) and preterm labor...just given his situation and conditions in there. So that’s one more thing to add to my worrying and waiting plate.

I’m not gonna lie, it’s incredibly difficult — the waiting and the unknown. I probably sound like a broken record saying this over and over again but it’s the truth: it freaking sucks.  His big issues are his several fetal cystic hygromas as well as the hydrops fetalis and skin edema allllllll over the inside and out of his body. And unfortunately there can be soooooo many causes for those which makes researching them a wittle difficult.

Ugh. I just want answers...and I very much realize I may never get them which makes the situation even more stressful and scary. But I am learning patience, learning to trust the journey and that even as shitty as it it, there’s a reason for all of this and a plan, and I’m trying to see every day what that plan indeed is. 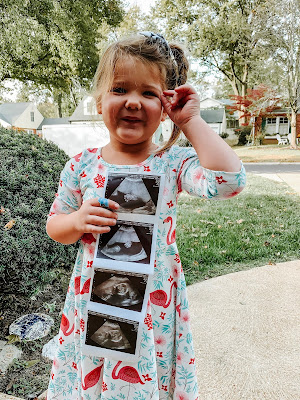 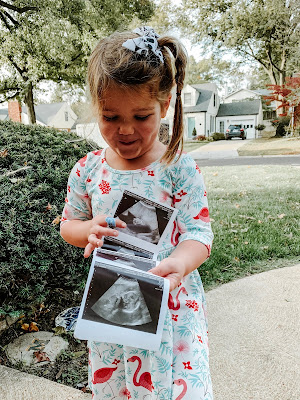 So that’s about all I’ve got to report, Rosie just loved seeing her little brother’s pictures today and I couldn’t resist snapping a few pics of her admiring them.

Little Clark man, you are so loved and such a big part of our family. You’re doing big things already buddy and making such an impact on so many. I am so proud you chose me to be your mama ☺️