You nailed it Amy Poehler!  Because I'm pretty sure my new ride constitutes the fact that I am indeed a cool mom now, cause #MomVanStatus. 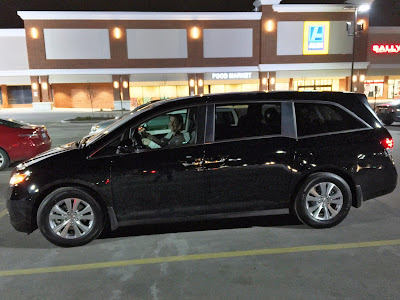 YEPPPPPP!  That's right!  You guessed it!  I finally got my minivan that I've been DYINGGGG to have pretty much the past 2 years!  Since we officially sold our house last week, I've been van shopping (online!) ever since because we finally have the $$ to buy one.  I wanted to go van looking last week immediately, but I was good and patient and tabled any browsing until after my mom's surprise 60th birthday party.

Well, Monday comes, party is over, and I am itching to go van shopping.  I text Mike Monday morning and ask him if we can go shopping after work--he says yes.  I get excited!

Mike was a smidgen late getting off work Monday (what's new), but by 5pm we were out the door and heading to one of the Honda dealerships...Mike had a coupon for a super discounted oil change and we thought we'd get his car's oil changed while we browsed for vans.  We brought both kids, and we figured we'd just toss them each in a Tula and be good to go.  This decision had the potential to backfire on us, but (spoiler!!) it did not--they actually were really good.

Once we got there, about 5:30, they told us it'd be a good hour for Mike's car to get its oil changed.  Stupid us, this was right at dinner time, but we decided to press on, cause I soooooo wanted to look at vans and they had free popcorn and apple juice for Patrick in the waiting room.  Done.

We had a lovely salesman named Josh come help us, and I told him what I wanted on the van we were looking for: DVD entertainment system in the back, sunroom, heated seats, power everything, and so on. Yeah, basically I wanted the loaded pimped out van.  We looked at one and I really liked it--I honestly didn't want to even look at any of the other makes (Toyota, Nissan, or Chrysler) we were going to--I found the one I wanted.

Well, apparently Mike had been doing a TON of (behind my back!!) research about vans, and he knew that the Honda was the best one out there hands down--so his mind was made up too (but I didn't know this!  Sneaky sneaky!).  Anyways, when Josh left to get us a quote, Mike asked, "So, which color combo do you like?!  And is this the one you really want?!"  Duh, of course it was!  And I said I wanted either the dark blue outside/gray interior or the black outside/dark gray interior.  He liked both of those as well.

When Josh came back with the quote (which was a few thousand less than we thought it was going to be--score!) he stepped away for a minute to check something and Mike asked, "Okay, you wanna just do this?!"  Me: {{MOUTH HITS THE FLOOR}}  --once I pulled my jaw up I was like, "Um YES!  Let's do this!!!" 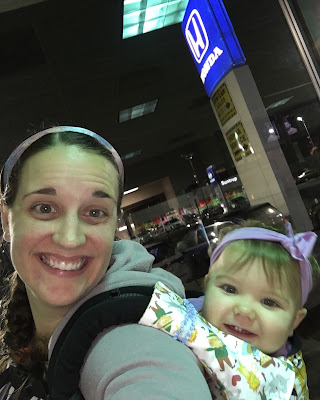 I snapped this lovely selfie right after we told Josh we wanted the black Odyssey that they had in stock.  He shook our hands and went and got it -- it only had 11 miles on it!  WHAT??!!!  I've never ever had a brand new car, so this was exciting in so many ways.  EEKKKK! 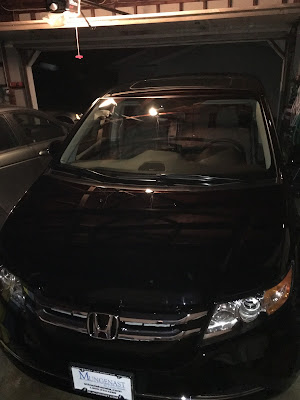 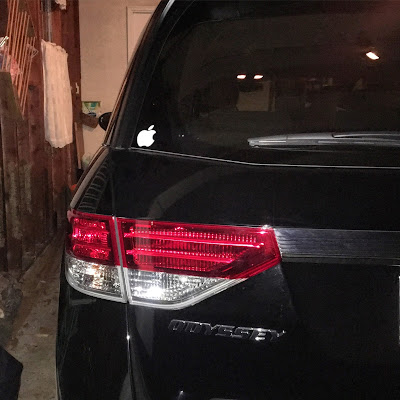 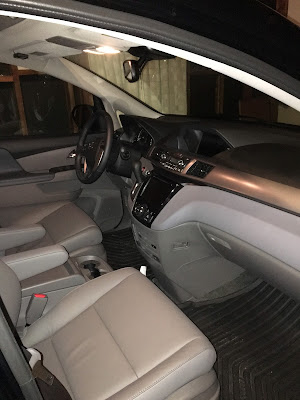 After we got the paperwork signed, check written, temp plate installed, iPhone synced up, I drove my brand new baby off the lot and couldn't be happier!

I've officially joined the mom van club and it's the best feeling in the world for soooo many reasons, a few being:


I'm sure there's a zillion other things I love (or will come to discover and love!), but I can't think of them right now.  Another awesome feature is that we actually can take people somewhere--we can fit our family of 4 PLUS 3 other people (or 4, if we put back in the middle seat in between the 2 captain seats) comfortably.  We've never been able to do that, so yay for carpooling and not having to take a billion cars everywhere!

Anyways, this post has become incredibly longer than I anticipated (SORRY!), but I wanted to go ahead and write up a little one about my excitement about my sweet new ride and how I'm totally embracing the mom van/soccer mom status with open arms.  If you told me 5 years ago I'd be excited about driving a minivan, I'd have LOLed in your face.  Now I'm LOLing at that cause I freaking love my new ride...and these cuties (plus any other that come along!) will be ridin' in style. WOOT! 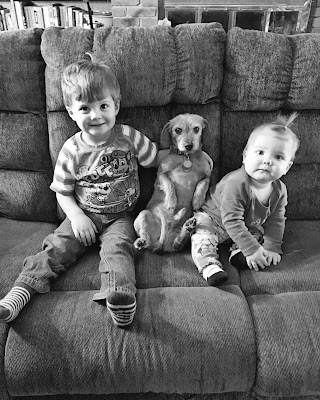