Okay, I totally fan-girled over here, but Ro graced the June & January Instagram feed this morning in her ahhhhhhdorable (biased!  I know!!) marigold playsuit and OMG I cannot get enough of it.  I know you probably remember me posting these pics a week or so ago, so I was totally excited to see that she was on their IG feed this morning!

So! Besides me totally being OMG over that share, I am really excited for these bad boys to be released tonight and get Ro a few more for this summer, cause, #SHENEEDSTHEMALL, amiright!?  Totally.  They are just the cutest. 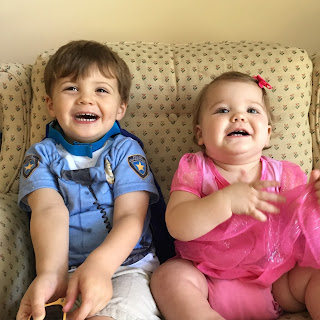 Last night we went to Culver's for superhero and princess night, and Patrick and Ro were so excited to go as a superhero policeman and princess Skye from Paw Patrol. 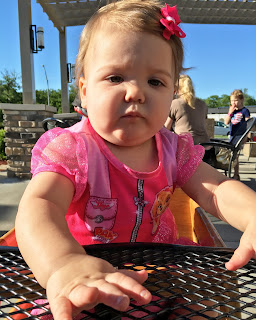 Ro had her usual RB face on hardcore waiting for her dinner, and, I couldn't really blame her, I was hungry too. 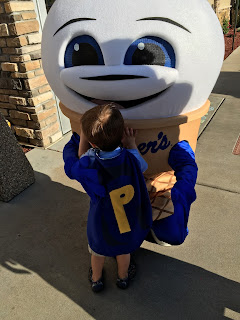 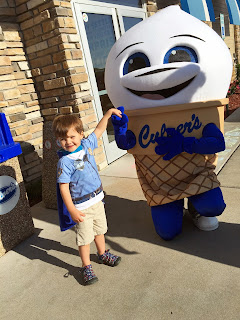 Scoopie was there and 90% of the kids were terrified of this giant ice cream cone but not Patrick.  OMG that kid couldn't get enough of Scoopie!  He got like 27 hugs from him, and kept following him around saying, "Scoopie hold my hand!"  It was just so cute, and I have high hopes for whenever we go to Disney that he'll love all of the characters there too. 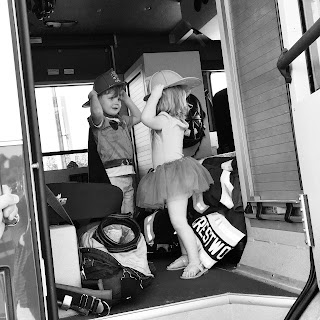 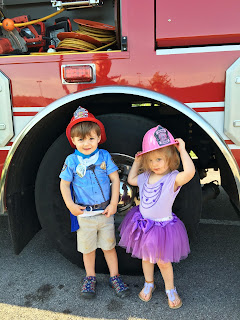 Since it was a special event night, the police and firefighters were there and Patrick and Lizzy (who met us for dinner!) really loved exploring the truck and getting their new fire helmets!  Patrick said he was "flying" most of the time there, which he was rockin' his TinySuperheroes cape like a boss--even on the potty, but I'll spare you that pic I snapped of that. 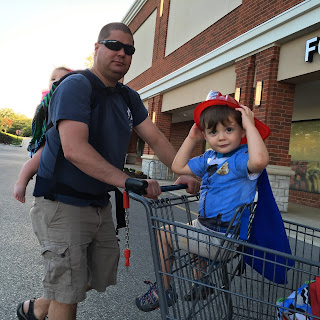 We then made a mad dash to Aldi to stock-up for the weekend (we're having 2 friends over tonight and then Saturday so we'll be BBQing like crazy!) -- side note, Aldis has not only the cheapest food, but the BEST tasting ribs and chicken we've ever had!  Seriously, their ribs are 10x better than the ones we got from the butcher shop (and way cheaper too!).  If you have an Aldis by you and haven't gone there, GO NOW.  You'll thank me later. 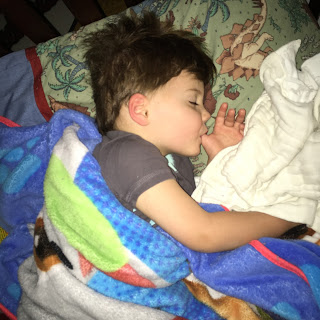 Lastly, I'll end this post with siesta-ing Patrick, who only have 3 more sleeps until he is THREE!  I cannot believe it.  Someone hold me.
Email Post
Labels: Culvers dinner out family family fun fire truck June & January Patrick Rosie