Holy smokes, it's here guys.  Rosie is 12 months old -- ONE YEAR OLD.  I cannot believe it.  It literally has gone by in an instant and I swear I was just typing up her birth story and BAM!  Here we are at one year old.  So crazy. 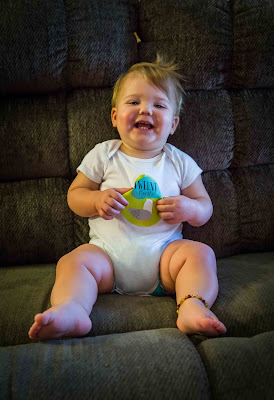 Ro turned 52 weeks old on Monday, and today (thank you leap year!) she is officially one year old.  Gah!  I'm going to miss doing these weekly Monday snaps with her, and, truth be told, miss writing up her little monthly blog posts here too.  Gosh, I'm making myself emotional and I've barely started this post!  I totally cheated and used this awesome tutorial on how to make this collage quick and easy in Photoshop.  Whyyyyy I haven't been making all of the collages this way, I have no idea.  I will from now on! 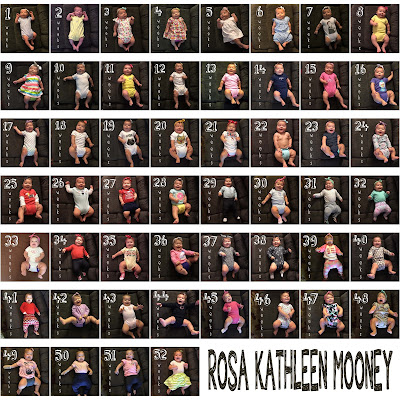 Rosie's first birthday party is this weekend, so I'm in the process of getting all of her weekly and monthly stat pics printed so I can display them for her party.  I did the same thing for Patrick's first birthday and I think it was a hit, so I'm going to do it for Ro too.

Just like I did with Patrick, I did a very quick little photoshoot for Rosie for being one year old...and I decided to do it in the same spot (front yard!) as I did Patrick's...kinda a fun little tradition I'm starting, huh?! 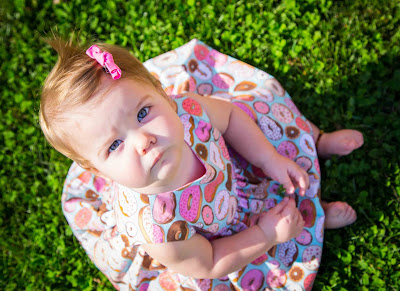 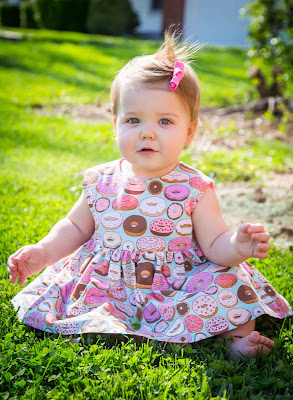 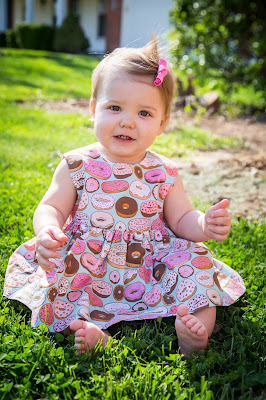 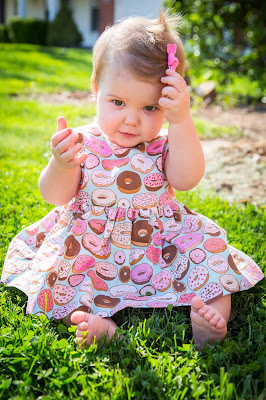 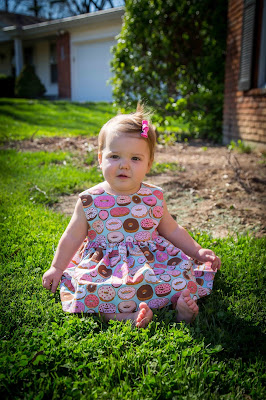 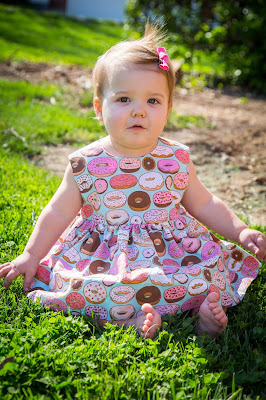 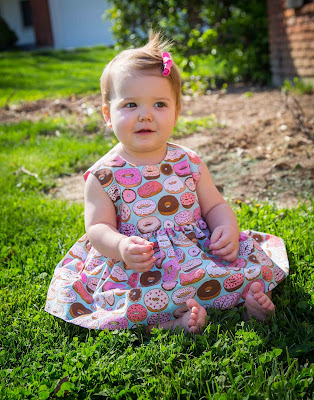 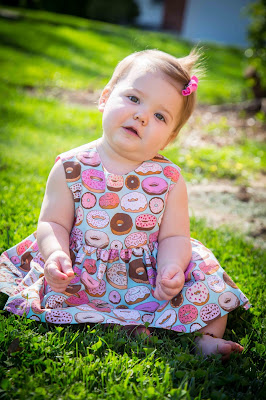 Since Rosie literally started crawling right after I posted her 11 month update, she's definitely thinned out a smidgen now that girlfriend is on the move!  And by thinned out I mean her weight seems to be more evenly distributed rather than just in her thighs :) --she did still gain a whole pound from last month! 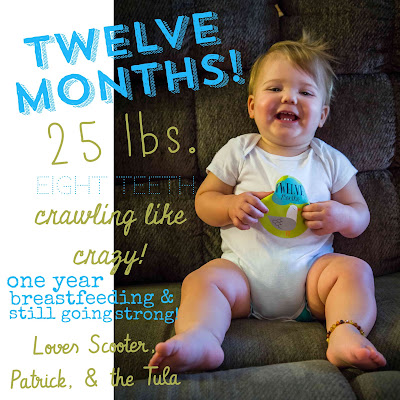 We go back to the doc tomorrow for her official one year check up, but for now, you get to live with my mom stats for Ro at 12 months old!

Here are a few outtake snaps from her 12 month couch shoot (last one! WAHHHH!) -- I feel like she knew this was the last time I was formally gonna put her there on the couch with those stickers that she couldn't resist messing with. 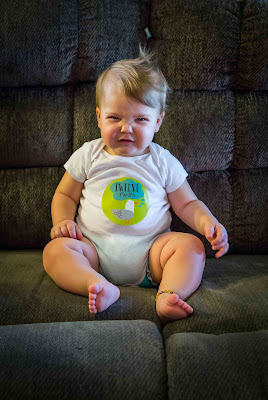 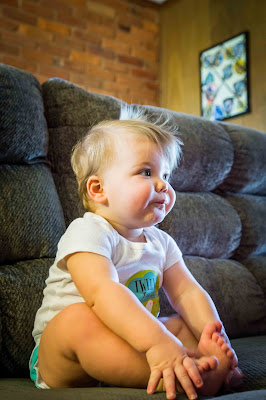 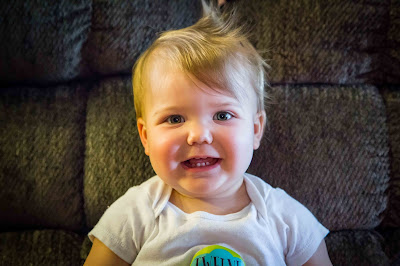 Now, since this is an extra special post to conclude Rosie's first year of life, I have a ton of comparison and collage pics to throw at you...#sorrynotsorry. 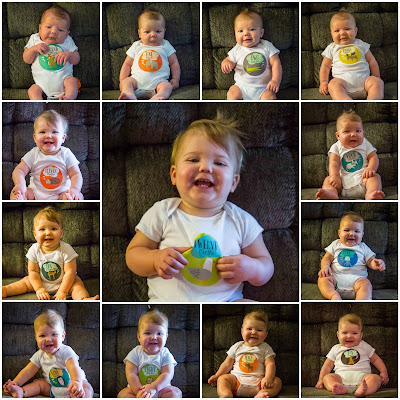 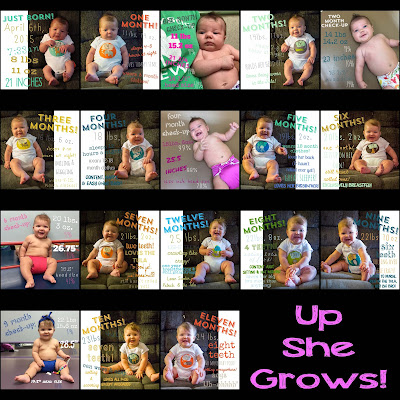 And finally, I'll end with Patrick at 12 months vs. Rosie. 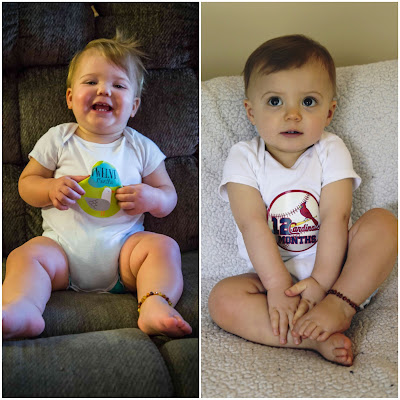 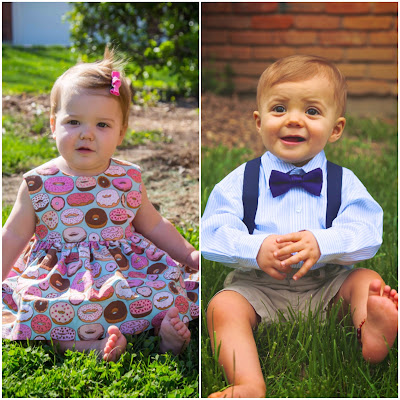 Alrighty folks, that's it!  Gahhh!  No more weekly snaps from me (wahhh!) nor monthly ones- --m y baby is officially ONE, and not a baby anymore!  Welcome to toddlerhood Ro, I'm sure your big brother will show you the ropes and guide your way.  I love you so much Ro Ro!