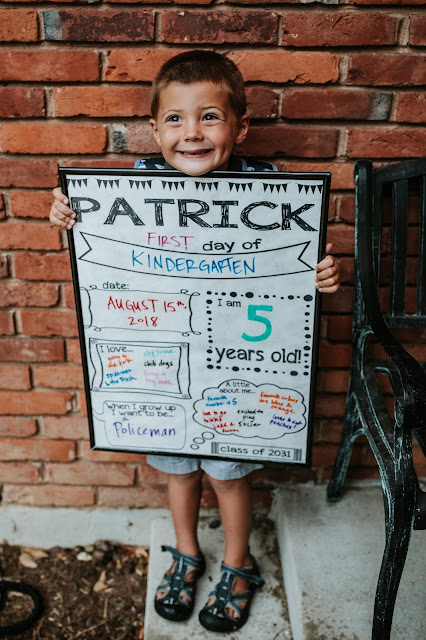 Seriously.  How did this happen?! I swear I just had him and now, 5+ years later, we just dropped him off at his first day of kindergarten! I cannot freaking believe it!

So we woke up (he was SO EXCITED when he got up!!) and it was POURING OUT.  GREATTTTT.  There goes our plans to walk to school.

I dropped Annie off at my mom's and on the way home noticed the horrible traffic getting to the middle school (route we'd have to take to get P to school) and was like NOPEEE.  We're walking in the rain. 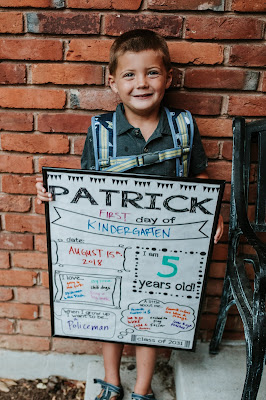 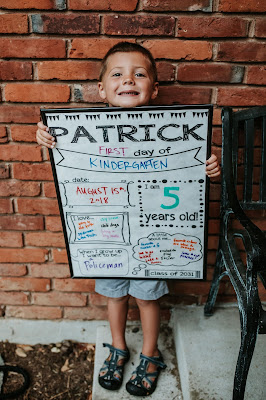 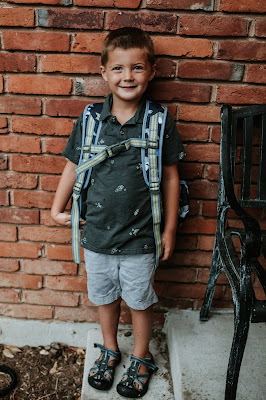 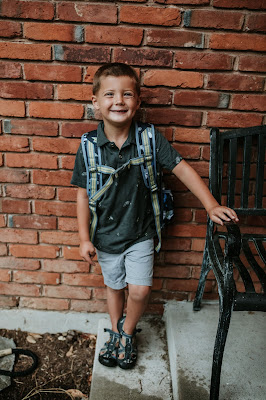 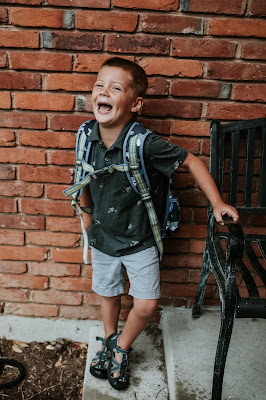 But first we had to snap some obligatory first day of school pics, cause, duh, TRADITION!  We had a location change because it was POURING so no front of garage snaps this year.  My OCD is going a bit crazy about that but I'm trying to cope.  Haha! 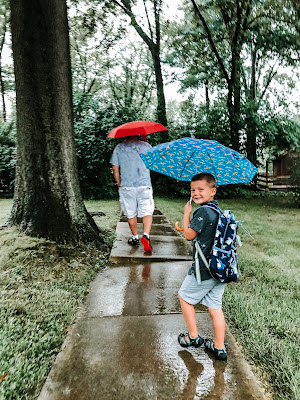 Some umbrellas and one excited little boy later, we were headed to school!  He couldn't stop talking about how much fun he was going to have and I, shockingly (gonna blame the pregnancy hormones on that one) was fighting back tears.  He was starting at the same school district Mike and I went to, and my parents, and Mike's dad, and my grandpa -- 4th generation Kirkwood kid! I seriously could not believe it...and all of those emotions came flooding towards me. 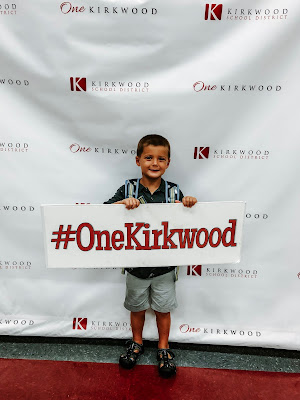 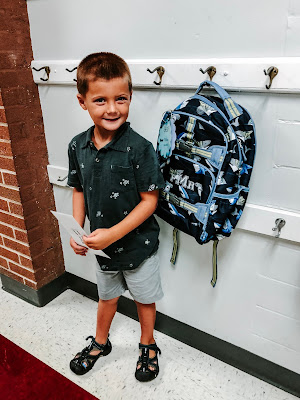 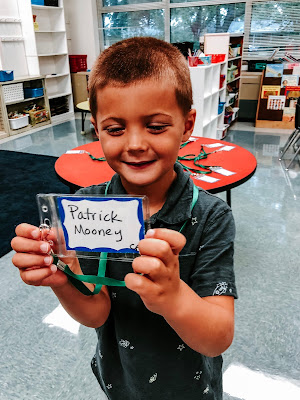 Once we got to school Patrick walked the red carpet, got his pic in front of the #OneKirkwood board, and then headed off to his classroom!  He was just giddy with excitement and saw a few of his friends and could not get in to learn and play fast enough!

Again, I started tearing up (WHAT IS WRONG WITH EMOTIONLESS ALEX??!?!) and Mike and I decided to depart.  We hit up the parent coffee (Mike actually joked, "I don't drink coffee this late, think they got any beer?!" hahahaha) and then walked home.  I was like "Man, all of this walking we're gonna do maybe I won't gain a billion pounds this pregnancy like the last ones??!!" hahahahaha YEAH RIGHT. 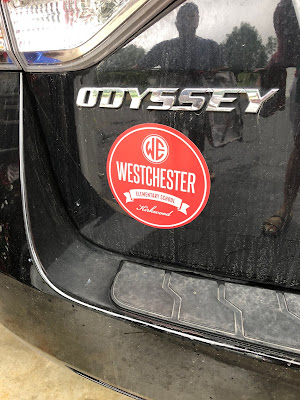 We did get a sweet new magnet for our van...cause we are officially elementary school parents for the foreseeable future.

Mike and I had a day solo (WHATTT?!??!) and shockingly we were able to get some stuff done for the basement, lunch, and a nap (!!!) before picking the kiddos up. 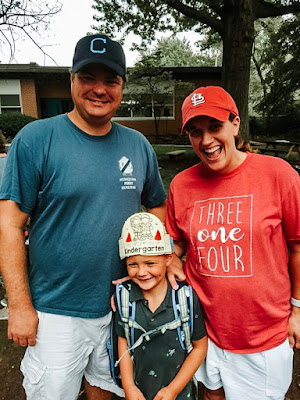 When we picked Patrick up from school he had the BEST DAY EVER.  Thanks to my buddy Dana for snapping this pic of us!  I couldn't wait to hear all about his day on our walk home. 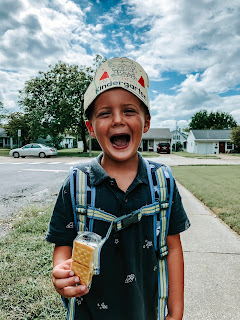 Shockingly he actually had a lot to say!  Said he had pancakes for lunch, met a new friend named Sniff (hahaha! yes that's his name!) and he and Sniff were the only ones who bought their lunches, they got to color and watch a movie for rest time, and did a ton of other fun stuff.


He really had a great GREAT first day and was SO EXCITED to go back the next day! WOOT! I hope that passion always sticks! 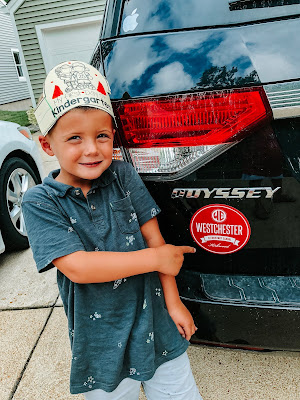 He really liked our new car magnet too...and didn't take his hat off for the entire day!

Now Patrick did have a meltdown just before dinner -- I think it was a mix of such an exciting day, probably zero down time, new environment and just EVERYTHING caused him to LOSE HIS SHIZ.  He had one of the worst breakdowns I'd ever seen.  He FINALLY calmed down and we were able to grab a special first day of school dinner at one of our favorite spots (where kid's eat free!): Jason's Deli. 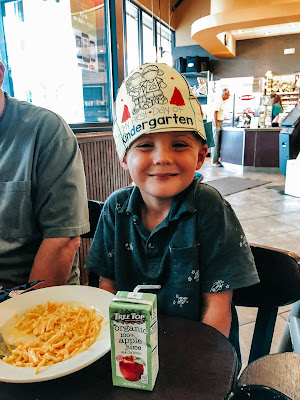 After dinner we headed home for baths and bed and he CRASHEDDDDD so hard...like within a minute or two of him hitting the pillow.  HAHA! I'm sure he's gonna have a great day tomorrow too!

Anyways, another successful first day for our favorite little guy!  If you want to walk down memory lane here's his last two first days of school posts for ya.  Here's to an amazing next 13 years in our beloved Kirkwood school district!!