I'm not kidding: since the beginning of the school year Patrick has been talking about his Veteran's Day concert at school.  Like he came home his first week telling us he had X number of weeks until the concert and had to practice his songs.

One thing we have learned recently is this boy is PATRIOTIC (I mean he loves to say the Pledge of Allegiance whenever he can...and talks about being an army man and only brings home Army books from the library!) and this concert was celebrating alllllll of that. 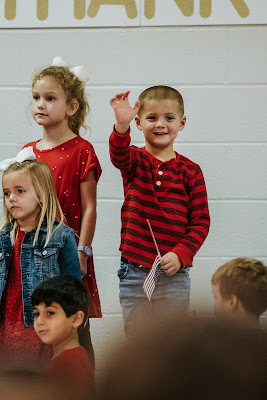 I will say, I don't have a ton of pics from this morning...it was suppppppper crowded, we got there apparently not early enough so didn't have fantastic seats, and I didn't manage to snag any pics of Patrick in his special 'greeter' role to shake all of the veteran's hands (including Uncle Curtis and Grandpa)...but trust me when I say he had a great time and I was beaming for him with how excited he was singing his songs as loud and proud as he could! 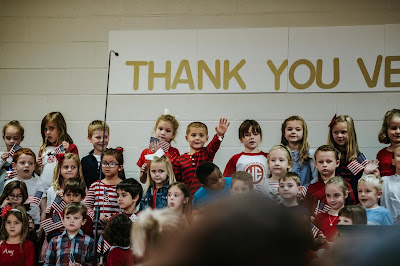 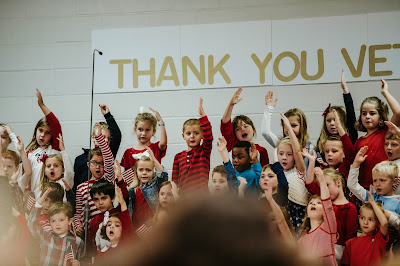 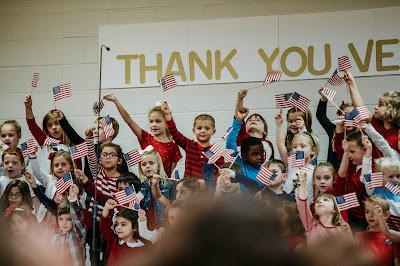 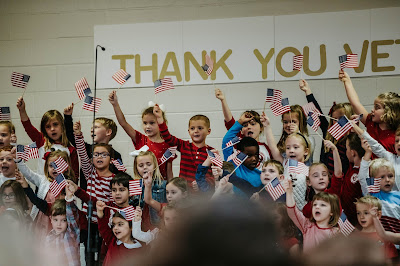 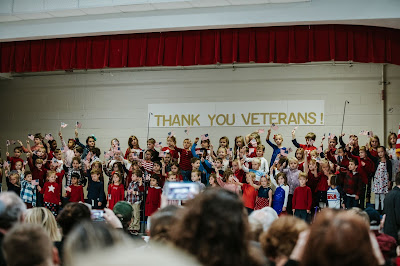 I mean, can you not tell how excited he was to be there singing???!!  Gosh he is such a little ham I cannot handle it!!!


He was so into it it was awesome -- and I can't wait for him to continue to sing his songs for us too at home since he seems to be a pro in knowing them.

This might be my favorite video of him singing...gosh he's so into it!! I LOVE IT SO!


Rosie found this flag headband from the 4th of July (I think???) and decided to be patriotic too and wear it and it was just perfect. 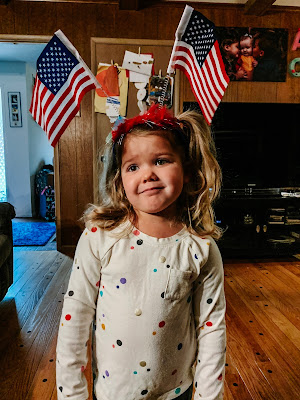 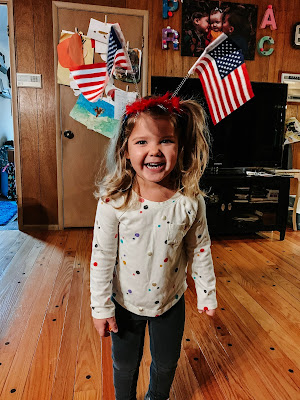 Ro actually took off after the concert with KiKi to go to Washington DC for a week to hang with her cousins and Aunt Mary and Uncle Jim!  I know she's gonna have a blast and I can't wait to see all of her pics and live vicariously through her adventures!

I should add Mike walked home from P's school, got his police uniform on, and turned around and walked back an hour later because he got to be the mystery reader today in his classroom!

To say he was excited (and surprised!!) was an understatement -- he LOVED having his daddy there (in his police uniform!!) to read two of his favorite books (one I wrote :) to his classmates. 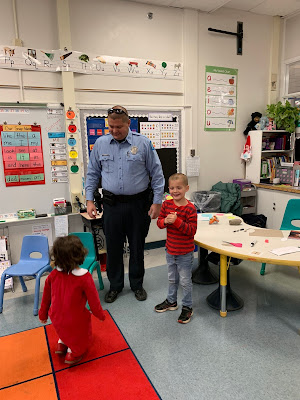 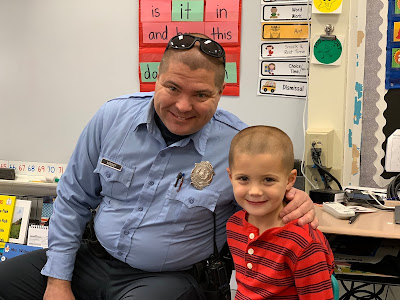 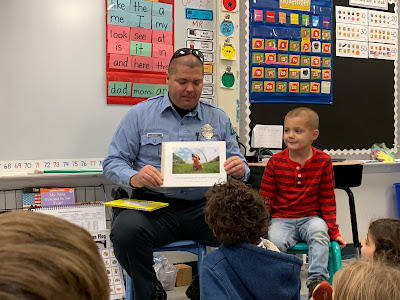 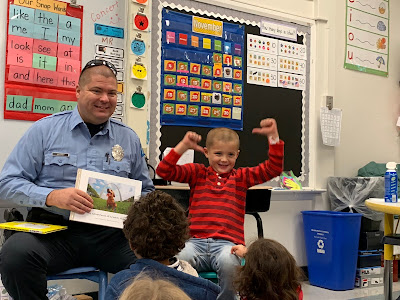 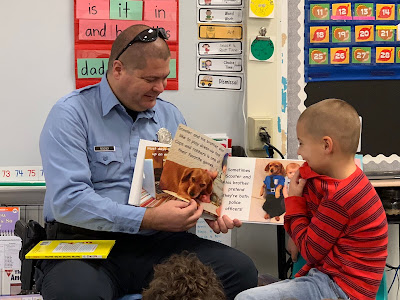 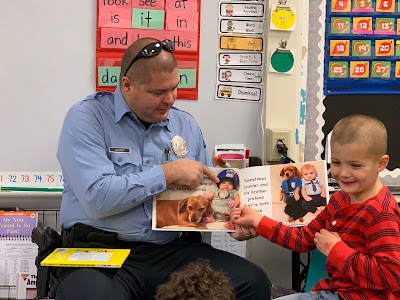 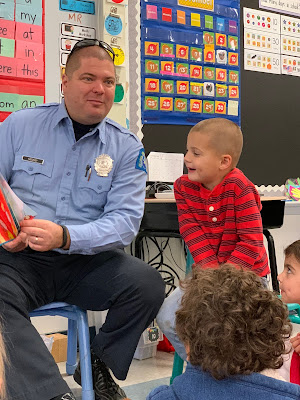 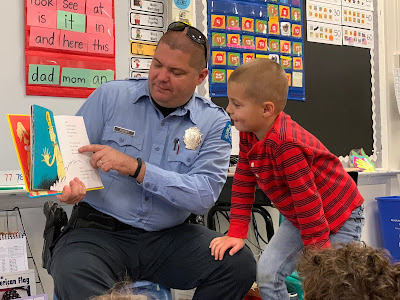 All in all it was a great Friday, albeit wet and cold and gloomy...and I'm only having mild anxiety right now that my cameras and lenses are at the service/cleaning guy's house to get a little tune up and hoping I don't need them anytime this weekend...fingers crossed.  Have a good weekend my friends!!
Email Post
Labels: concert kindergarten Patrick school veteran's day westchester