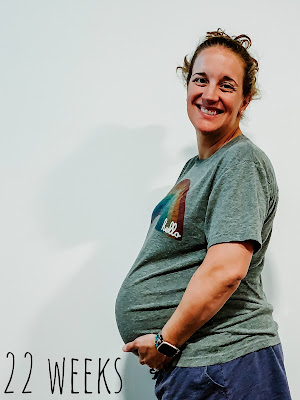 22 weeks.  Officially a big milestone in this pregnancy, as I never made it this far, delivering Clark at 21w6d.  I really did have that on my mind alllllll weekend long as we passed 21w5d (where we learned Clark's heartbeat stopped) and then 21w6d when I delivered him.

I posted this pic (and it also got its own post but I'm resharing anyways in my 22 week update) along with this caption on social media on Saturday... 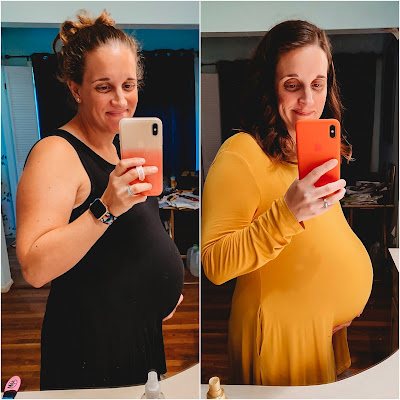 21w5d today. This point in Clark’s pregnancy I woke up and felt something was wrong...so off to the hospital we went and we learned very quickly our little guy no longer had a heartbeat. We had to wait nearly 36 hours before we met him and at the time I wanted him out right then, but, looking back, I’m glad I had another day and a half with him snuggled up inside me. We were able to do maternity pics (which I’ll forever cherish) and I snapped one last mirror selfie {yellow dress} before the whirlwind of the day of October 29, 2018 would onset. Today though, almost exactly 9 months later, Clark’s sweet sibling is moving and a’groovin’ in my belly, very much alive and hopefully nestled in there to cook for another 15 or so weeks. When Monday hits I’ll be 22 weeks, a milestone I never made it to with Clark, so I’m savoring each and every second of everyday with this new babe...and taking as many mirror selfies as I can to remember this pregnancy after loss journey we’re on. This babe is at the forefront of my mind constantly, but so is his/her big brother too...who I pray is keeping a good watch over his little sibling to get us to c-section day on 11/4. 🙏🏼💙🌈

Even though everything with this pregnancy has been going so well, I cannot shake what happened with Clark...ever it seems.  I also am so elbow deep in loss, with snapping so many bereavement and stillborn sessions, all of those what ifs are so close on my mind.  Like I've been saying, I have been counting down the days until November 4th anxiously!  Only 15 weeks to go!

I did have a check-in with my OB on Thursday last week -- but she was on vacay (I knew this) so I saw the nurse practitioner.  She's nice, but man, I'm a creature of habit and I missed Dr. Jen.  I wasn't thrilled this gal told me I gained 5 pounds in 2 weeks (okay????) and made a huge deal about that.  I tried reminding her I get huge and have big babies but she seemed very concerned about this jump.  I just rolled my eyes and became super salty that she even brought it up -- something Dr. Jen NEVER has.  Argh.  I did get to see this bean on the ultrasound and he/she was moving around like crazy!  We got a good foot shot and HOLY CLOW they looked so big!!  Solidified my boy guess for this week. 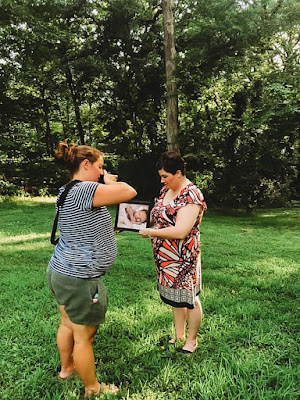 So I had a birth mom being induced at midnight Sunday night/Monday morning...and had a big loss mom shoot ^^^ I was able to get in and snap Sunday afternoon evening too (holy busy!).  I had a pretty extensive ultrasound and appointment with my high risk doc at 9am Monday and I am so glad baby waited a bit to come so I was able to make that appointment! 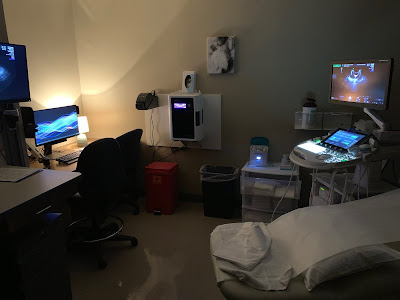 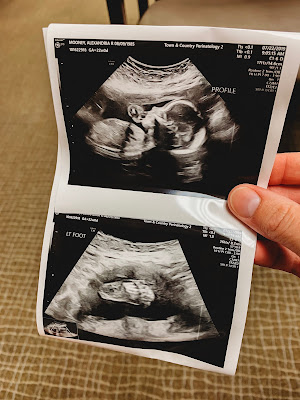 My appointment went very well!  Baby is measuring perfectly at 22 weeks right at 1 pound and was in the 38th percentile...which is so funny because my babies are usually GIGANTIC!  I'm betting in another two months this kid is off the charts like his/her older sibling!  The ultrasound lasted like 45 minutes but the tech looked at everything and everything looks absolutely perfect.  SIGH OF RELIEF.  Dr. Paul didn't have much to say (for once...I'm usually with him for at least an hour!!) so that was good news too! I did scheduled another appointment and ultrasound with him at 28 weeks to check on this kiddo's grow again!  SO yay for ultrasounds, right?!?

Other than that, not much else is happening!  I did throw one last "21 weeks and some change" comparison pic together, since it was my last one I could whip up with the last 4 pregnancies (sorry Patrick, I have like zero bump pics with you!) and it's so wild how similarly different these bellies look!!  From left: Rosie, Annie, Clark, and #5! 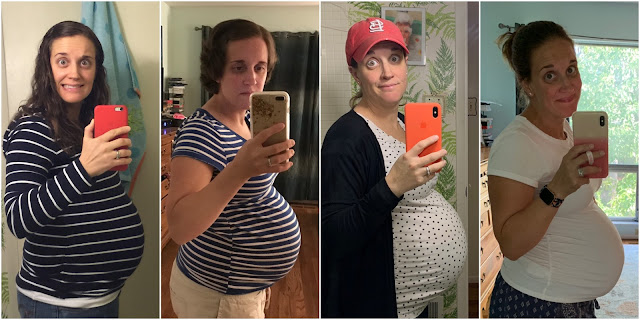