Ahhhhh, another month has come and gone and I guess I blinked because my sweet little newborn babe is now 8 whole months old! 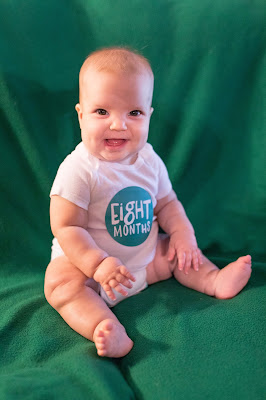 We are just 4 short months away from her turning 1 and I cannot believe it.  I really feel like I just found out I was pregnant with her and BAM!  Here we are 2/3rds of the way done with her first year of life.  Heck, I swear I just penned her 7 month post!  Time is absolutely flying by. 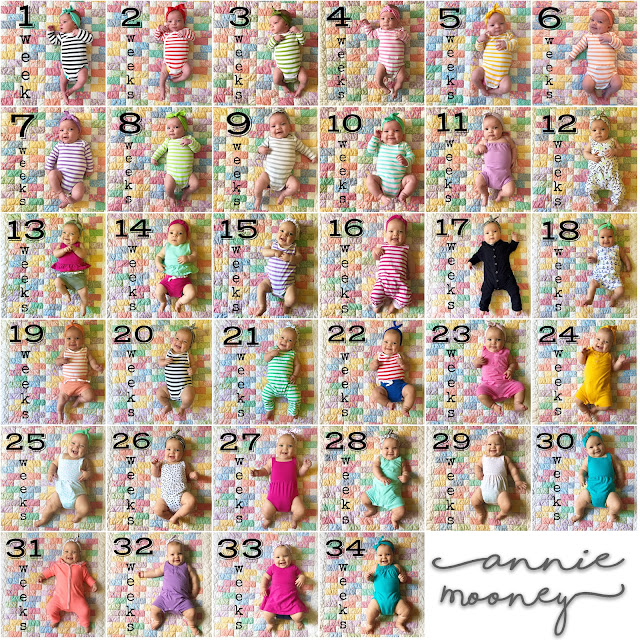 Annie turned 34 weeks old this past Tuesday and I got all of her snaps kind of able to fit in a square.  Kind of.  Math is hard! 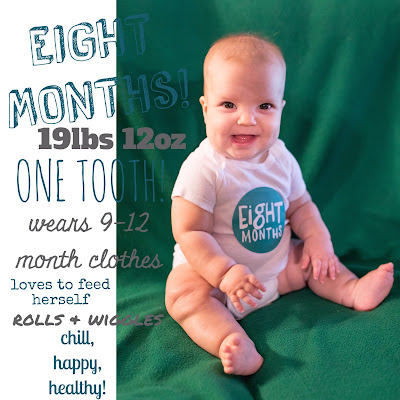 Anyways, Annie doesn't go back to the doc for another month for her 9 month checkup, so, as always, I've got oodles of mom stats for you this month!  Excited, aren't you?!

Okay!  So now your (my) favorite part: comparison pics! 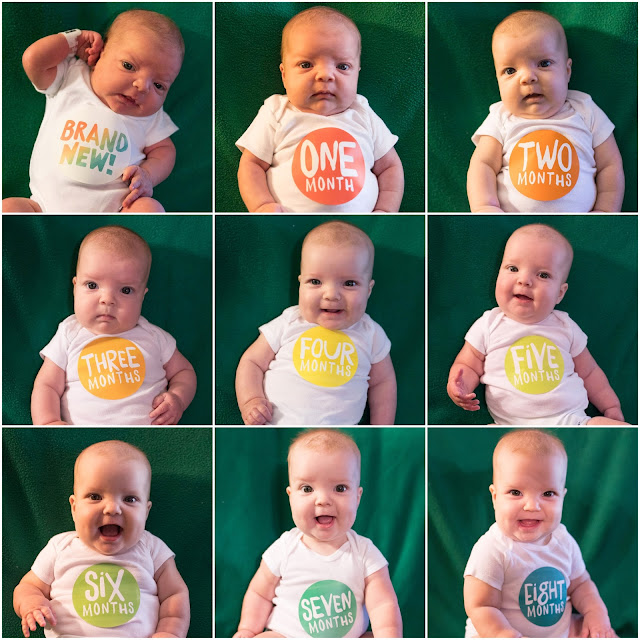 And here's all 3 burritos at 8 months old. 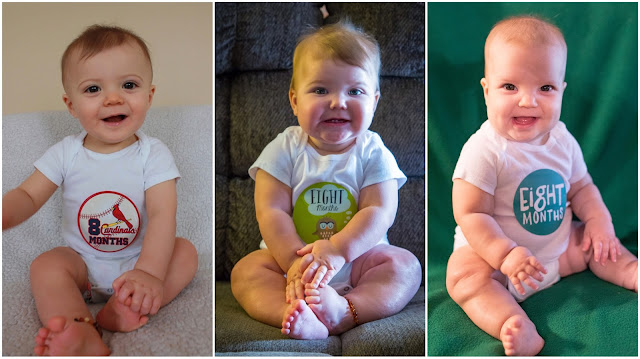 And here are a few outtakes from our little 8 month photo shoot...bonus pics for you :) You're welcome. 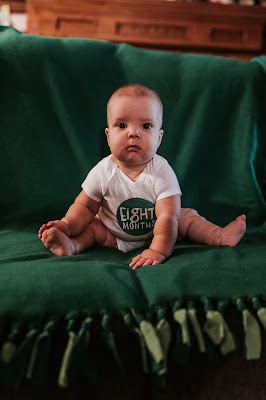 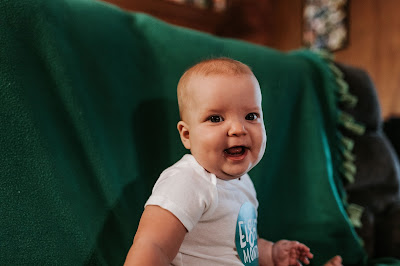 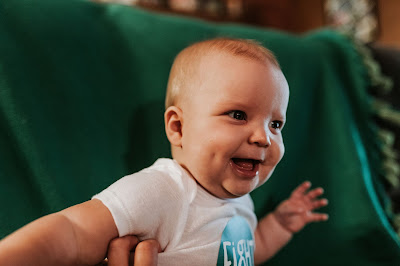 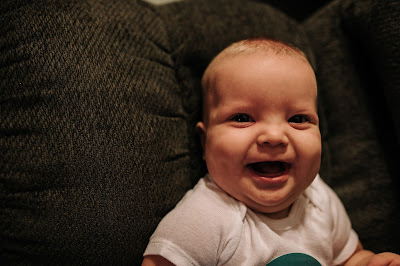 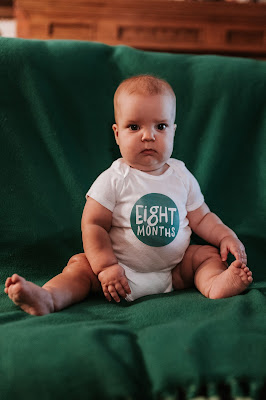 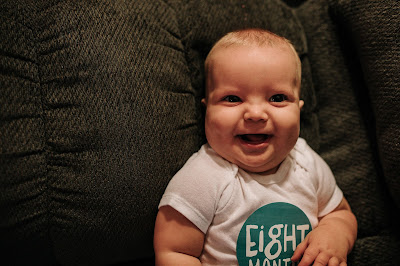 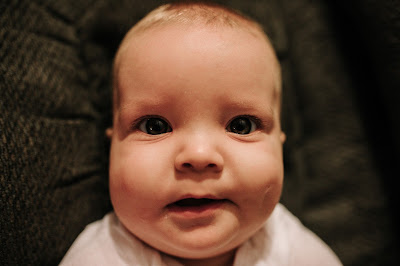 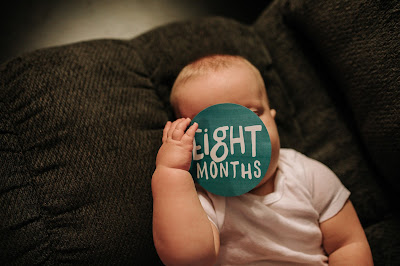 My oh my Annie girl!  How we love you so much and love having you in our family!  Here's to a great 8 months already and many MANY more to come!