Oh what a fun day we had!  Seriously, SO EXHAUSTING but oh-so-worth-it!  Wayyyyy back in the spring Mike said they were doing a police foundation family day at Six Flags at the end of September.  We decided we'd both go and just take Patrick and have a special day with just him. 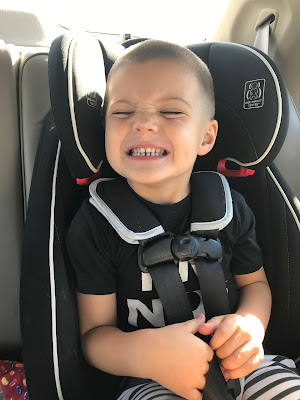 To say he was excited was an understatement -- it's practically all he talked about the past week or so! 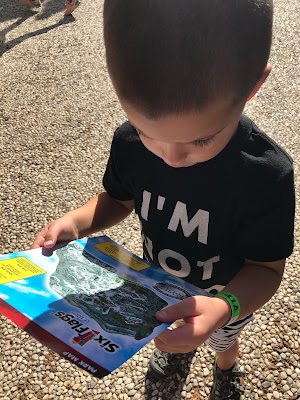 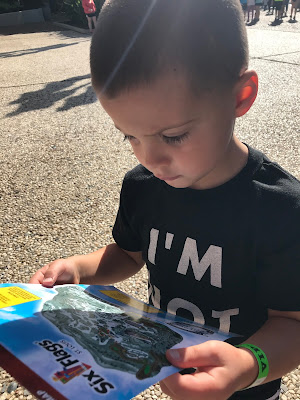 We actually got to go in 2 hours early -- before the park opened at noon to the general public -- and get to ride some pre-open rides.  Patrick was very excited about this and very intently studying the map to figure out which rides we were going to hit up first. 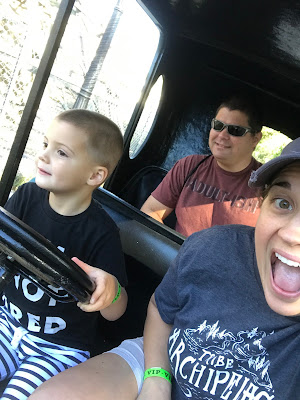 We decided on the Moon Cars first so Patrick could drive them.  He LOVED that.  And good driver?! Eh, he did okay for a 4 year old :)

We then headed over to Shazam (the scrambler) and it was AWESOME because no one was really in line and they got the ride to themselves!  I say they cause any ride that remotely spins = no way Jose for moi.  Sooooo motion sick even just looking at them! Haha! 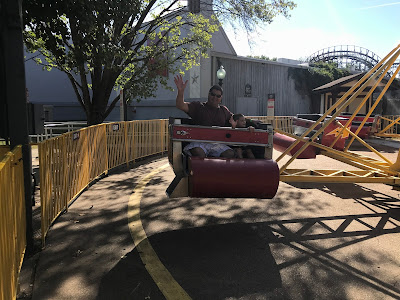 Seriously.  Sick just rewatching these videos!  Mike is such a good sport to do these and Patrick LOVED them...which is more than enough for me.

We then went to do the Justice League 3D ride and that was super cool!  It was pretty fun shooting the bad guys -- we ended up doing this ride twice before the lines got too long. 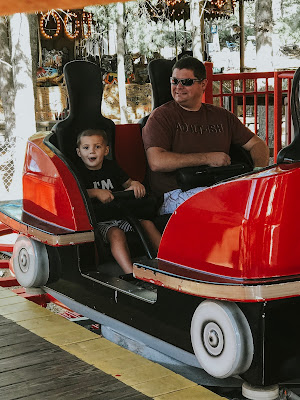 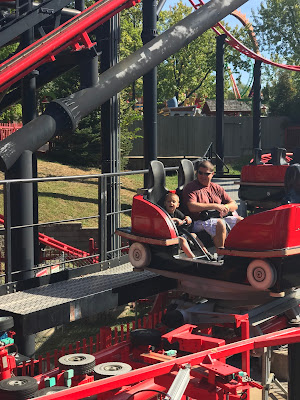 Patrick then hit up his first coaster and he really loved it -- I, again, loved watching them enjoy it from the sidelines!  Haha!  And the commentary/filters are courtesy of my Instagram stories where I snagged these videos from.  I know you're loving that. 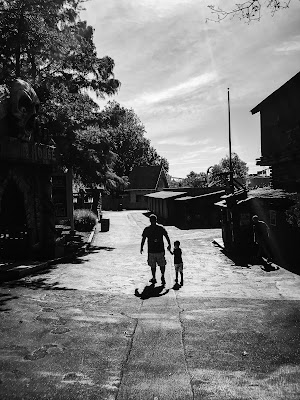 It was SO NICE having the park practically to ourselves for a good 2 hours before the general public came -- I think we rode more rides in that time that we did when I was little and we were there for the entire day!  It was a ton of fun and Patrick had a blast. 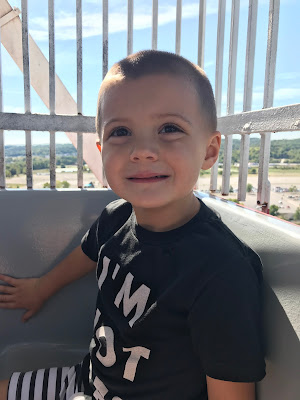 We rode the big Ferris Wheel -- I think that was actually my first time riding it too.  Patrick had a blast, naturally.  That kid has ZERO fear! 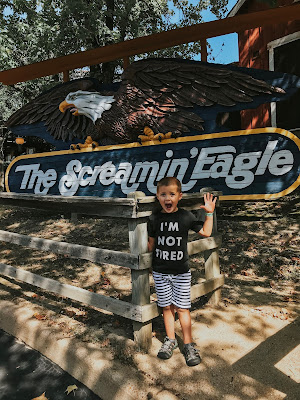 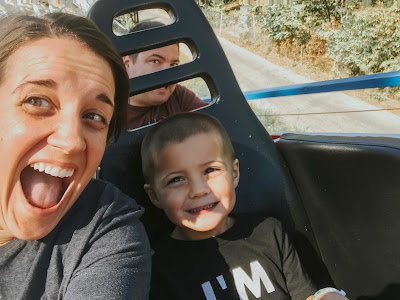 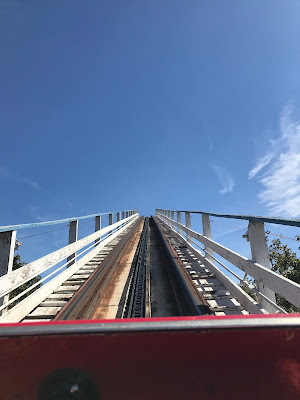 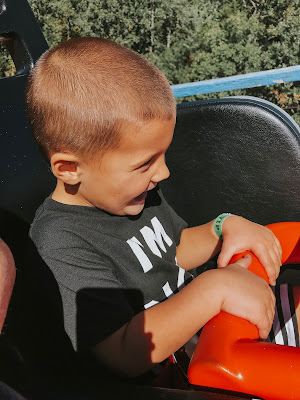 By this point it was noon and all of the other rides were open so we headed to the Screaming Eagle -- Patrick is 44 inches tall and most of the big coasters you have to be 48" or taller to ride...well the Screaming Eagle and Mine Train you only have to be 42" so he was super excited to be able to ride those!  The Screaming Eagle we got to ride in the very front (and ride 2 times in a row because there wasn't a line {yet}) and he was terrified yet loving it!  We (he) ended up riding it 5 times!  We then hit up the Mine Train a few times before heading over to the pavilion for complimentary lunch. 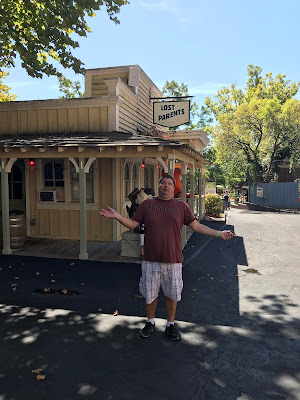 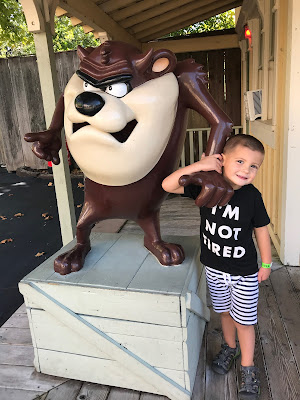 After lunch we did a few more rides before mom here's boobs were about to explode and the motion queasiness of a few too many rollercoasters was setting in so we decided around 3pm to call it a day and head home. 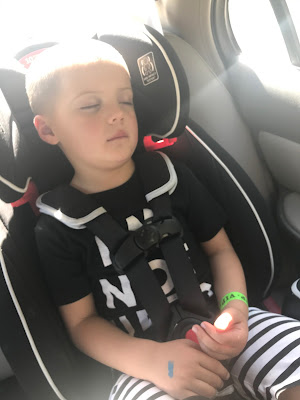 I don't think we were in the car more than 3 minutes before this kid was OUT!  Ha!  What a great day he clearly had...exhausting and exciting!
It was such a blast getting to spend the day with just our big boy at Six Flags.  Definitely a treat for both Mike and I to hang with our little dude!  I know he had fun and I hope he's got lots of awesome coaster memories to hold tight until we make it there again...or down to Disney!
Email Post
Labels: amusement park family family fun fun park Patrick roller coaster six flags