Earlier this morning I got a phone call from Dr. Jen. 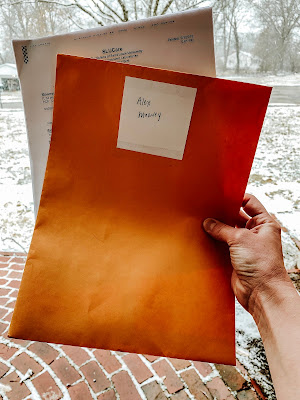 Clark's autopsy results were in and she wanted to go over them with me.

The wait was over...and even if it didn't tell us much, at least we got the results.

And, before I could even ask, she told me.

It's what you thought all along.  There isn't a known cause for what happened to him.

I knew it.  I knew deep down inside this whole time that whenever we'd get a call back, whether it was waiting for amnio results or genetics results or placenta pathology or virus screenings or the other bazillion tests that were run, I knew that they all would come back negative/clear aka no insight onto the cause of Clark's issues.

And even so, even with a giant ? for the cause of all of his issues, I feel at peace.  We have closure.  We know that we did every possible thing we could to figure out what happened to our sweet little boy -- every test, every procedure, everything.  And as we have learned these past four months, our little guy is one very special little boy...a rarity, a gift that baffles the medical world it seems.  And as hard as it is for type-A Alex here to let things go, I am doing my absolute best with that in putting faith and trust in the doctors and medical persons that everything was done to figure out what happened to our sweet little guy.

In talking with Dr. Jen it really seems, to me at least, and I think to her too, that this may have been some virus or infection that is either so new or so rare that it is basically undetectable.  Because genetically and anatomically, Clark was absolutely perfect.  There was just something unknown (which makes us think a virus or infection) causing his hydrops and severe anemia, amongst other things.  Which, this sound weird but really just hits home how special this little guy was and is, even though he’s not here with us.  His causes for his issues will forever remain a mystery.  And we don't know if this could/would/will happen again if we were to have another baby.  Chances are probably not -- that it was probably a rare, one-time fluke just with sweet Clark...but truly, we (and the doctor's) don't know that for sure.  That will be something that we will have to approach if/when we decide to have another kiddo.

Clark's autopsy was 12 pages long.  A lot of it was medical stuff that even in my extensive ER watching background went over my head.  But the clinical summary part at the end was insightful, and I thought I'd include it here.

Nonimmune hydrops can be due to a number of etiologies and associations including chromosomal abnormalities, cardiovascular abnormalities, thoracic malformations, urinary tract malformations, nephrosis, fetal hypomobility, storage/metabolic disease, intrauterine anemia for example due to thalassemia or infection with parvovirus B19.  Interestingly, the mother had pruritis of the palms and soles before delivery.  This symptom, although not specific for can be seen in parvovirus infection.  The medical records available shows that testing for parvovirus may have inadvertently not been done as part of the evaluation for nonimmune hydrops.  Cytogenetic studies, performed on an amniocentesis specimen were negative for Trisomy 13, 18, 21 and Turner’s Syndrome.

Post-mortem examination findings include a normally grown preterm fetus consistent with 22 weeks gestation.  Classic features of hydrops fetalis with subcutaneous edema, pleural effusions, ascites, and a cystic hygroma were identified.  Hepatomegaly, intestinal malrotation, and mild dysmorphic features were also along with a 2 vessel umbilical cord.  Another finding at autopsy and in the placenta was extensive erythroblastosis.  Anemia can result in this finding as the fetus attempts to respond to reduce red blood cells.  A specific etiology for the anemia was not identified at autopsy.  No characteristic parvovirus intranuclear inclusions were seen at autopsy or in the placenta and an immunonistochemistry stain for parvovirus was negative.  Other cause of anemia that could lead to hydrops fetalis, other then immune-mediated anemia include twin-twin transfusion, no applicable in this case, and transplacenta hemorrhage.  In some series, fetal maternal hemorrhage account for as many as 17% of hydrops fetalis associated with anemia.  A negative Klelhauer Betke stain would make that possible cause of fetal anemia less likely.

In summary, this preterm fetus died in utero with hydrops fetalis.  At autopsy there were no anatomic alterations that would confirm the cause for the hydrops.  There was morphologic evidence of fetal anemia in the placenta and at autopsy.  In large series of hydrops fetalis cases, 5% have evidence for anemia and 20% have no determined etiology at autopsy.

Cliffs notes version: Clark had hydrops but no cause for why he had them…and he was also anemic (which caused a bunch of other issues), but the reason for the anemia was also without a cause.

However, even with all of this (and boy, didn't our sweet little guy have SO MUCH going on with him!) and a big fat ? for all of these things as to what the cause was, we are at peace.  We have closure, even though that closure is a question mark.  We still did everything we could for our sweet boy to figure out what the heck went wrong.

And now, now that we have all of this and closure is in order for the cause, we can focus our time celebrating him.  Shouting about him and his memory loud and proud.  Spending a much needed week in Hawaii to celebrate him -- what he's taught us, what he continues to teach us, what we can keep learning from him and using to help others.

Oh Clark man, what a special special one-of-a-kind little boy you are.  We are so proud to be your parents and so glad you chose us, because despite the painfully short duration of your time with us, you'll live on in our hearts forever and continue to do big things from up there, watching over us always.  We love you so much little man.
Email Post
Labels: autopsy clark closure Dr. Jen grief grieving our little C stillbirth stillborn