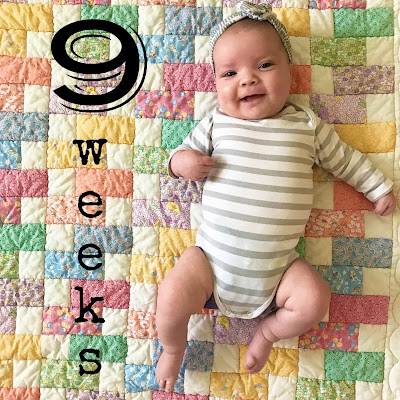 Annie banannie is 9 weeks old today, was 2 months old last Friday, and had her 2 month checkup at the doc this morning!

I took Annie by myself to the doc this morning (Patrick was at school and Rosie hung out with Mike before he decided to go to sleep for the day) and it was much easier managing just one kid in the exam room than 2 (like I did last month with Rosie in tow). 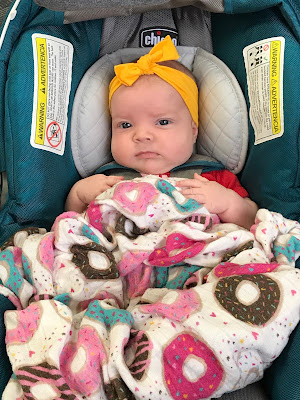 Her RB face game is STRONGGG.  It's like she knew shots were a'comin'! 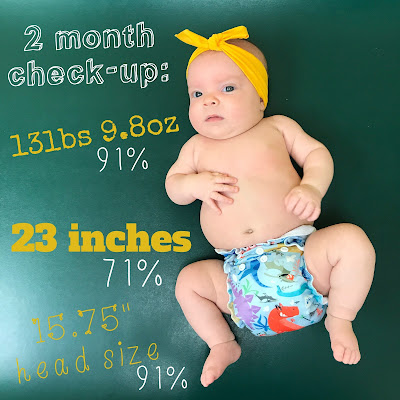 Anyways, Annie's 2 month checkup went awesome!  She's a big girl, but not nearly as big as her big sister and brother were at 2 months old (they both were almost 15 pounds!!) but still a chunky little one.  Everything looked good for her from the doc's standpoint -- she's hitting all of her milestones (holding her head up, supporting weight on her legs, following things with her eyes, etc...) and doing well on the eating and sleeping front!  She does have a little cold/snotty nose, but we've known that for the past week or so with how much snot we've sucked out.  No fever or anything and eating well, so it's probably just a minor virus that hopefully will go away.  She still has a clogged tear duct that's been there since she was born (ugh) so we keep hoping that unblocks itself soon cause her poor right eye is always so gunky!  Our doc says it could stay until 9 months (WHATTTTTT?!!) and if it's still around then they'll refer us to an eye surgeon to help "pop" it -- but usually it remedies itself before then, hence why they wait. 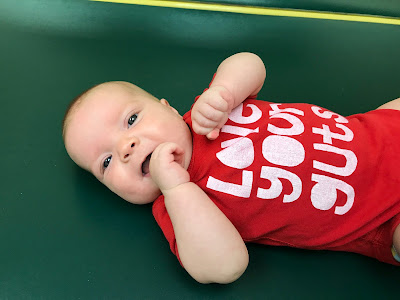 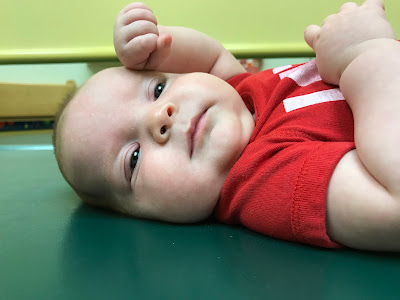 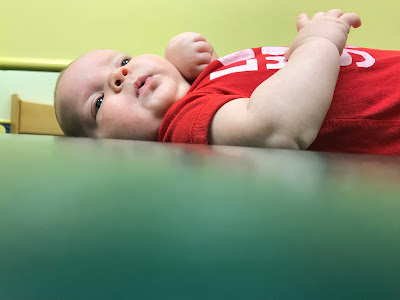 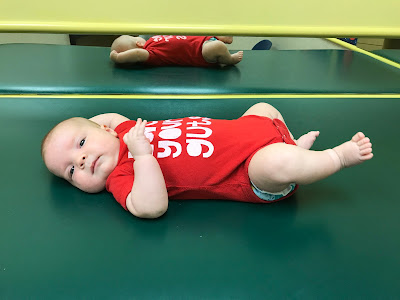 I went a little snap happy ^^^ (what's new?!) at her appointment after we got the thumbs up from her doc for a good 2 month checkup and waiting for the nurse to bring in her 3 vaccines.  She screamed a good longgggg wailing scream after her 2 shots in her leg (1 of her vaccines was an oral one, she liked that) but it only lasted for a minute or two then she promptly passed out... 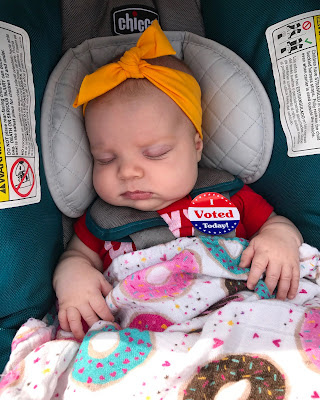 ...so we went to vote and Annie snoozed through it and even got a sticker, which concerns me that they just hand those out like candy to anyone without checking their ID ;-) My little underage voter.

Anyways, it was a great 2 month checkup for our Annie girl and she's good to go until 4 months so we won't be back at the doc HOPEFULLY until it's officially SUMMER VACATION!  Woot!